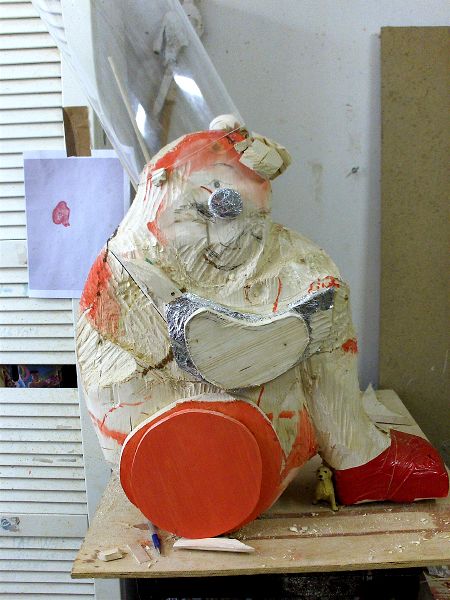 R. is still crouching and dreaming

The crouching figure is a recurring figure study in modern art history, the representation of attention turned inward toward individual destiny, the expression of the body as manifestation of rumination.
The lonely, individual sitting figure appears in the works of Róza El-Hassan as a drawing and later within the framework of a performance (Bonn, Helsinki), called "R. thinking/dreaming about overpopulation", when the artist herself squats down, covered in a black chador, holding an orange balloon in her lap. The posture and attire of the performance returns in the form of a child-sized crouching sculpture, as part of the series continuing until today, consisting of performances, sculptures and drawings. It is here that the dual identity of Róza El-Hassan "and the relevance of her Syrian origins" appears as a determining factor in her work. Ever since, R. has been personally involved, as actor of performances and sublime model for further crouching figures.

The sculptures come into being not through carving or modelling, but rather by way of assemblage: El-Hassan assembles the body from roughly carved blocks of wood, to which she joins the arms and legs separately. We find only traces of appliqué and clothing on the bodies of the earlier sitting figures, but in each case, the "modelling" of the head bears witness to intensive workmanship. The sculptures that have been born over the past eight years have shifted from unadorned nakedness towards an increasingly rich use of materials, through painted figures, towards "ornamentation" with unusual objects expressing joy or other feelings (Hagar drinks Coca-Cola, 2004; Two Buddhists visit Hagar, 2005; Red Figure, 2007). The atmosphere of the figures, and occasionally their immediate environment or accessories, reveal the political situation or personal state of the artist at the time of their creation.

The political message of the sculptures is unambiguous by way of their title, affirming the necessity of the individual‚s assumption of responsibility, but also their vulnerability. The crouching figure appearing in the exhibition space or public space demonstrates with its silent presence.

Among the fragile, decorative, colourful figures, the motif of the heart as an even more basic symbol of humanity has appeared in a number of small-scale objects during the last two years. Their genesis is similar to that of the sitting figures in the sense of the very personal assemblage of the heart from small stones, gluing and wiring them together like a puzzle in space. El-Hassan collects the stones herself, as a kind of meditative preparation for an object, which in its simplicity collects energy and radiates it, just as an inter-religious motif. 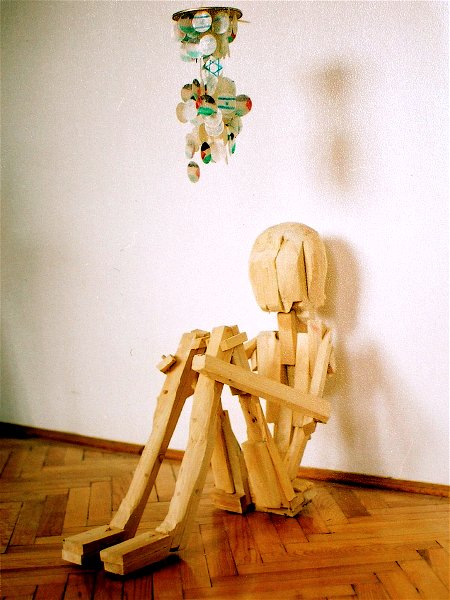 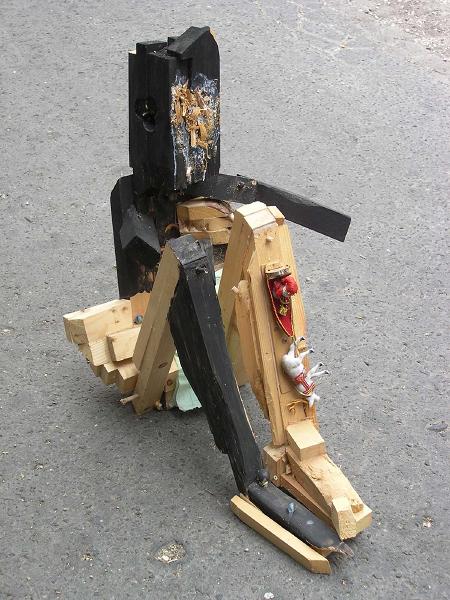 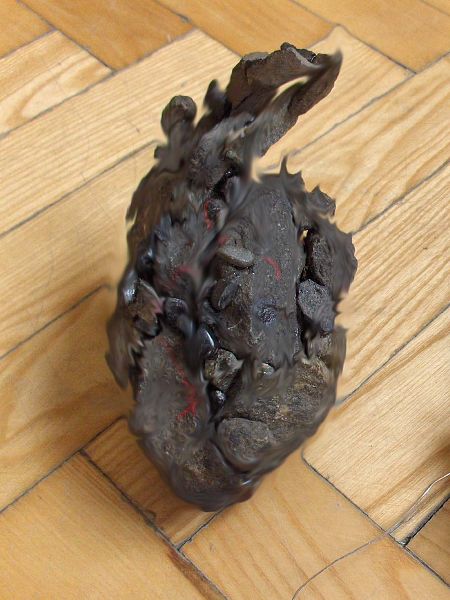 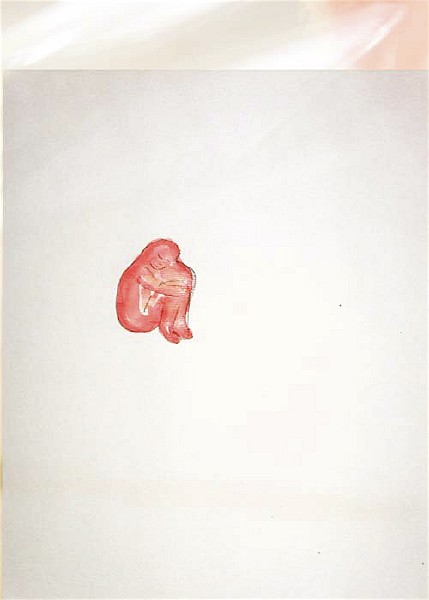 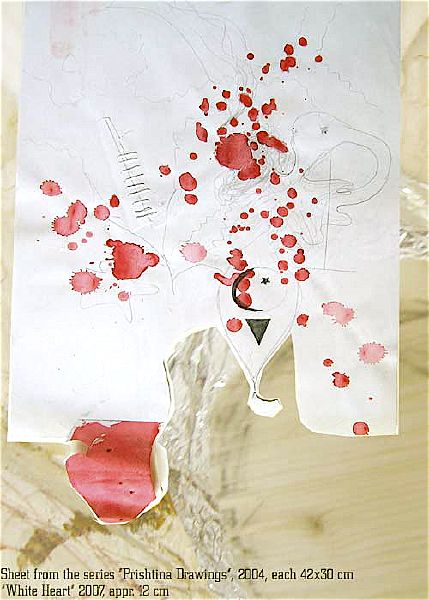 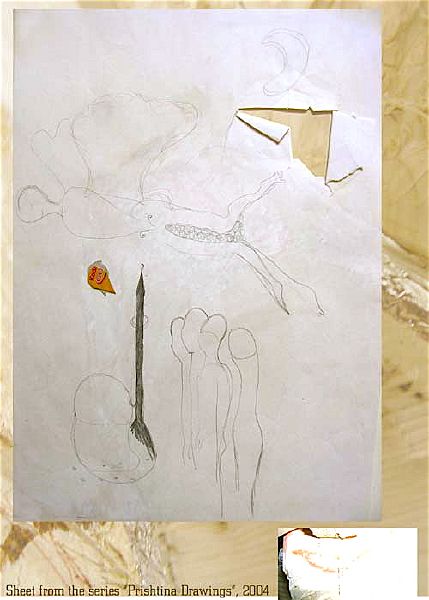 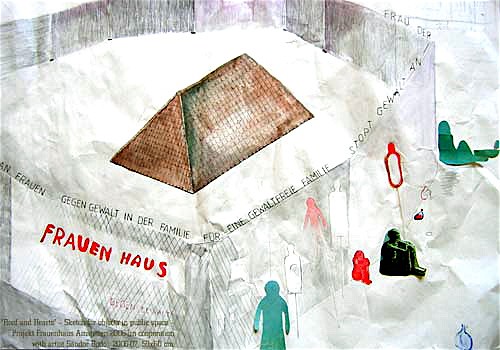 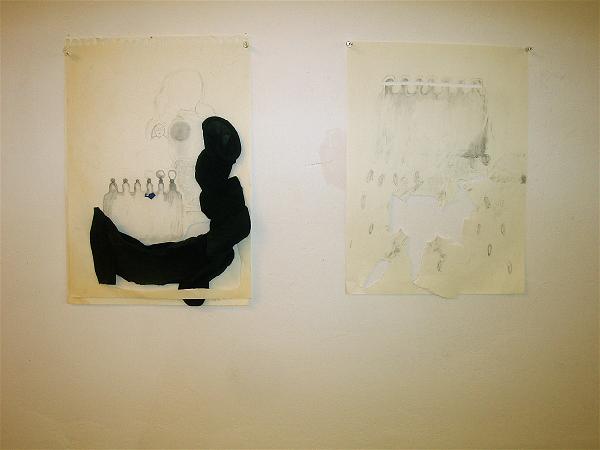 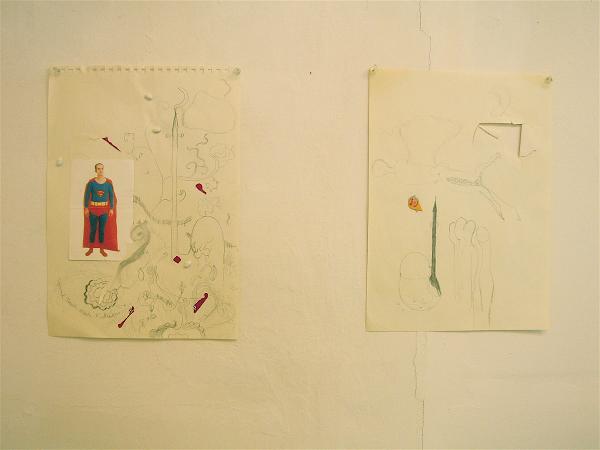 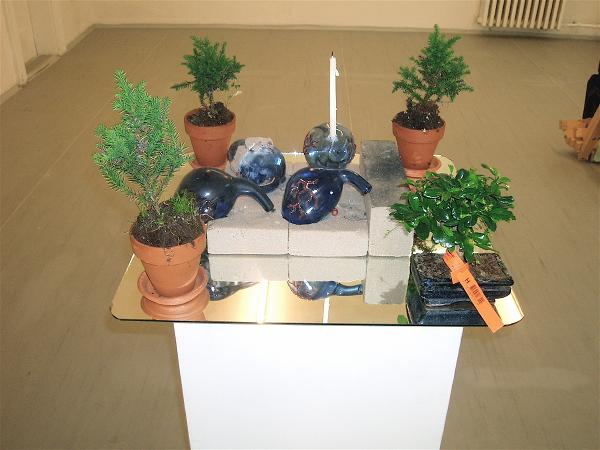 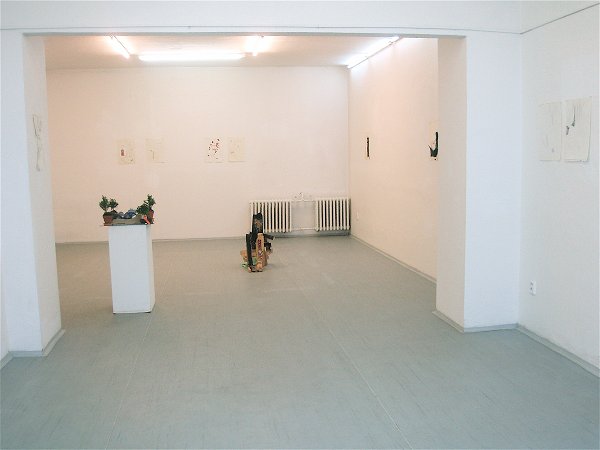