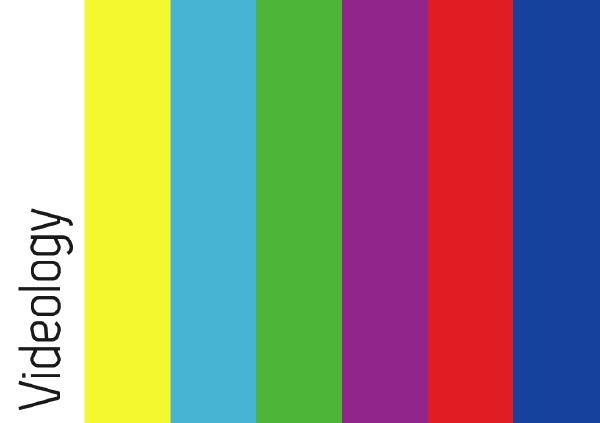 It is obvious that the artist of today is no longer an introverted, isolated, mysterious producer of objects (paintings or sculptures); nor, for that matter, that boisterous libertine who once graced social gatherings as a de rigueur accessory. The contemporary artist is a worker, a producer, a citizen, and above all a narrator, whose "immaterial work" deals with affect, meaning, desire, signification and pleasure. It is in this frame of mind that seven individuals working in the same medium — video — are brought together in this exhibition: these seven artistic practices should be seen to be producing criteria and knowledge, not objects.

The works of Danica Dakic, Kota Ezawa, Róza El-Hassan, Lena Lapschina, Katarzyna Skupny, Adam Vackar and Rudina Xaferi all lurk within the fissures of a society made vulnerable by the vertiginous transformations affecting our own condition as subjects and as citizens. Contemporary society no longer conceives of itself as it once did — in isolation. Rather, it expands in complex networks whose interconnection, growth and sophistication are fostered by media and economic globalization. A great many contemporary artistic practices reveal, through an array of gestures, the complex and intimate relations that are developing today between information, power and visual experience. From the video documentary to actions or "performances" and digital animation, Videology assembles a plurality of narratives in which we recognize, with varying degrees of intensity, this political or social dimension. These aren't denunciations or testimonials, but rather glances, at times critical, at times simply mute, which cast doubt on notions such as "truth", "transparency", or "representation".
In one way or another, then, these artists, as many others, are claiming the right to narrate — to observe the world in which we live as an open process, not a finite formula.

Sixty-four voices all talking at once and all speaking different languages: the global complex as a Babylonian confusion of languages —  one hears everything and understands nothing. Scraps of language remain as fragmented as the physiognomically fragmented presence of the mouths. Yet if one looks longer at the individual mouths and concentrates on them, something like individuality gradually begins to develop. You start distinguishing genders based on the lips, trying to construct a face from the shape of this mouth, or at least to determine a type, a vague origin. And parallel to this, you notice that one voice at a time briefly emerges from the tapestry of voices, thus becoming understandable if you know the language. Taking yet a closer look, though, you discover that the voices and mouths are synchronized — that each intelligible, foregrounded voice may thus be identified with a mouth. Seemingly unconnected fragments of personality are pieced together. Each of the voices/mouths speaks for a few minutes about their life? who they are, where they come from, what they wish for from life, what moves them — in short: they give a brief personal description of their identity.

Stereo Stolen Honeymoon is a 2 channel animation based on the allegedly stolen honeymoon videotape of Pamela Anderson and Tommy Lee. The original handheld camera recording is translated into a hand drawn 2D animation. The voices of Pam and Tommy are re-enacted by a cast of voice actors. As a whole Stereo Stolen Honeymoon attempts to transform the worlds most famous celebrity sex tape into a moving painting that offers a new view of the human figure and the California landscape.

The title of the video is like a chain of people standing in a row. It forms a living monument of words and people. Still, in the moment, when we perform the living peace-chain, we can't imagine that war-crime happens. In this moment we create a warm human space without hatred. The video is taken during the opening of the exhibition "Hidden Holocaust" in 2004 at Palace of Art, Budapest.

The "Absorbed Landscape" (from the bus with the pencil on the paper, dunked with the beer) deals with a artists bus ride through the Eurasian Border in the Ural Mountains with the intention of doing nothing — especially no art. The work tells about a direct way of receiving of surroundings, space and time.

A different kind of an absurd roadmovie. The 3-hours-3-screens installation puts the visitor into that specific "trance_siberia" state that you are likely to lapse into on one of those endless rides on the Trans-Siberian Railway. The filmic action gives an impression of some of the pastimes of the passengers. With the ever-same landscape passing by in the train-car window, hours and hours are spent reading, speaking, eating, drinking, and dreaming, like in a trance. The film is accompanied by a sound-mix based on the music of "Nuclear Los".

In my video I ironize the subject of high heel shoes as a symbol of feminity and beauty. Barbie can wear high heels only, because her feet are industirally designed like that. From this fact I derive a postfeminist statement about consumerist values and conceptions of feminine power. The woman moves like a machine or a clock. Romantic echoes of Hoffmanns Olympia meet the footsteps of the classical femme fatale.

Video in which people are frozen amid their activity. Pupils in the school, employees in the telephone marketing company and the advertisement agency; locations which mark some of the key places of the western society.

Often the artist feels an unstoppable need to, through a living tableau, through a miss-an-scene of actors, or through a paradoxical installation, get a message across that for that moment s/he finds important. Albanians for a long time now have been living in a kind of extraordinary dimension, as a result of which many questions are asked, many doubts are raised, and there are many disappointments. Life in a disorderd dimension has made me make questions to myself and to the society I live in. Who am I, who are Albanians? I didn't expect to find one rational answer to these questions, this is why I embarked on this project. But surprisingly, I soon concluded that when a piece of work is born, it slips away from the control of the artist and reaches different dimensions. With this work I wanted to present the indifference of the Albanian man who refuses to accept influences from without. This trait surprisingly speaks about the weakness, but also of the strength, of a headstrong people, who won't give up their way of living. The work expresses surprise toward this indifference, hedonism and the selfcontent of the Albanians, while many things are going on around them.

Videology - Publication of the exhibition 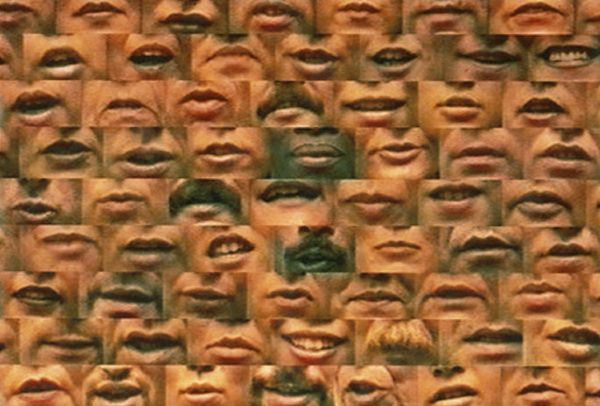 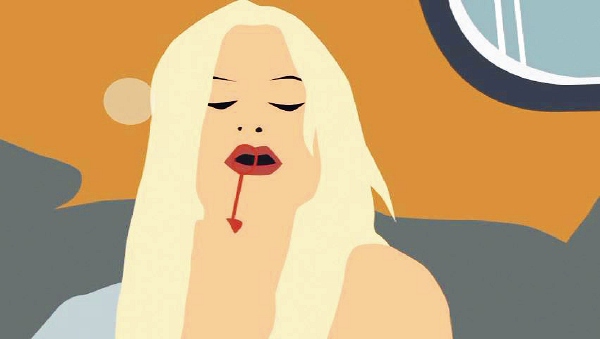 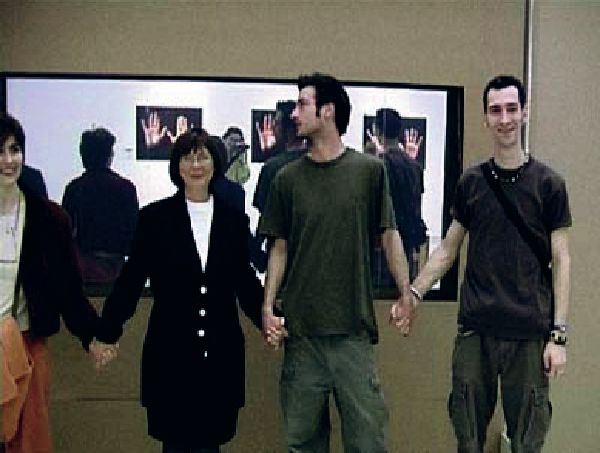 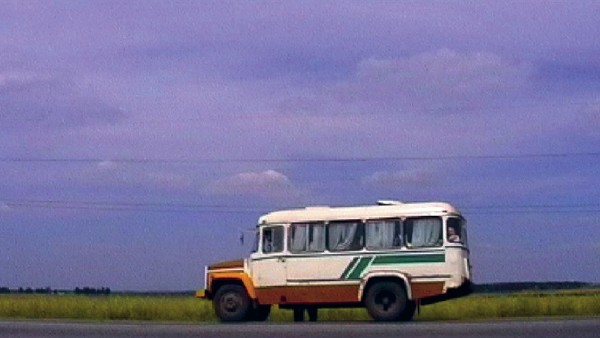 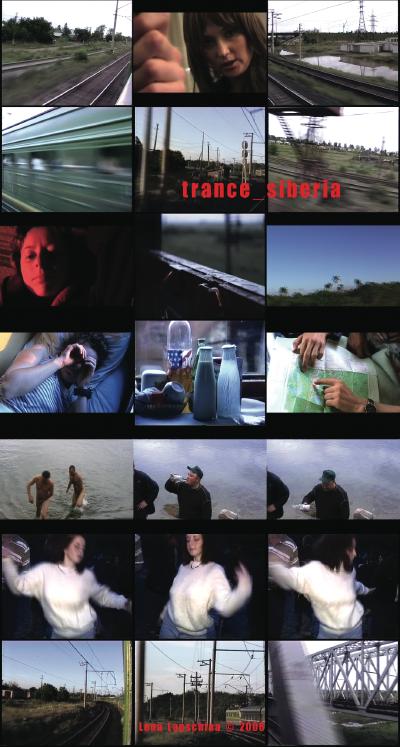 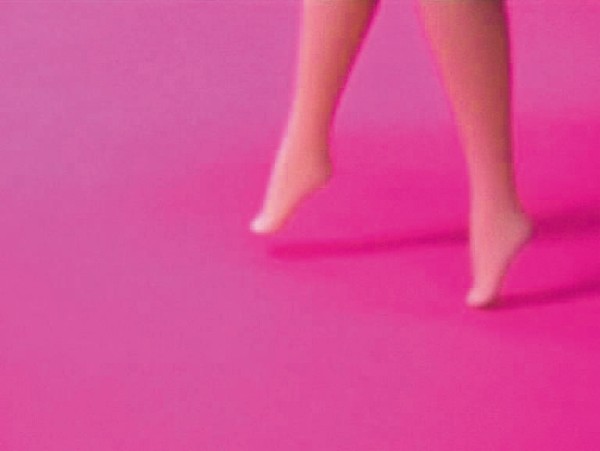 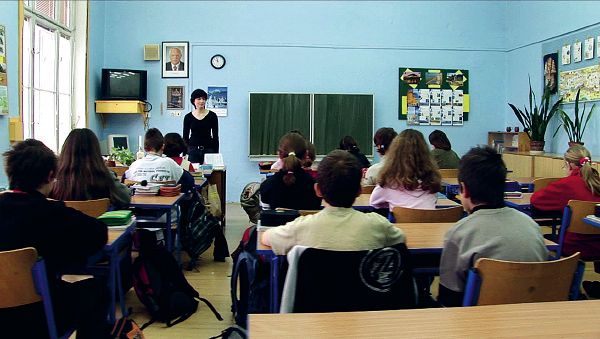 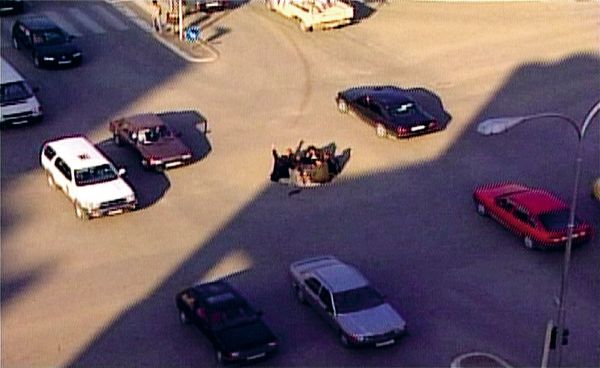