A year ago, we started to organize with Nadine Gandy and Salam Haddad an exhibition "Baghdad now". It is not meant to be a big political report, neither a comprehensive overview on iraqi art: we have chosen works by four artist, all of them were grown up in Baghdad.

We plan to make a very informal show to reflect on the level of involvementt projectd by the most simple means of art. The works send a message let us know about the past, as it was expierenced as present, as about all what happened after that and happens nowardays. The close-wovennes of such an expierience for the artist's soul creates through artistic projection a density and beauti of shiny harmony. The coincidence of the simplicity of work and the density of events effect in the artit's soul deepest emotional content. The fruits of this coincidence is the creation of symbols and the mediation of the raw tragedy by the finest fingerprint of art. The absence of the artits (who leaves the country) and the continuity of events on the plrace where they were grown up gives further tension/loading to the works.

The exisztencial experience of the return, the way home is elementary part of the the art of life, as much as the flight from home. It is a wittness of the strength of artist's soul.

The have chosen works in the exhibition which are close to live, to everyday‘s live. All the four artist has their everyday's life, at the same time all of them share the fate of exile and migration. But is this something very special?

Is this something very individual in our days where the fate of a whole community can be completely changed within one day – this can come from inside the society and also though interventions from oustide.

The works speak therefore in a silent and non-pathetic way. They are immediate like a conversation between two people.

Still we don't try to forget or to aesthetize one of the biggest human disasters, which has happened in Baghdad. One of the questions of art is how to speak about it. Art has to shout to attrac attention, (figyelmet felhivni) in days of human injustice. But how can you do this and produce art, when horror of reality is beyond any imagination? Where is the space, which remained for imagination of art? And if so, is there any space for art?

Still, the silence of the works shown in the exhibtion is not a passive silence, but the most active eye of a meditating heart - Tear and smile concur. Salam Haddad creates metaphorical images of graceful beauty from the most simple daily objects: teacups. Under each image, as an elemental part of the work - we see a gleaming sentence of the enunciation (kinyilatkoztatás) illuminating the message of the image, irradiating its essence.

Text and image exist in different realms of our perception, also the way they60 speak inHaddad's work is seemingly disconnected. Text and image doesn't meet in any formalist sence of art-history, the harmony they create is unsual in contempory art and enigmatic. This secret exists also within his images itself: while the minimalist motives of his images appear objectiv and sharp, even on distance to the subject, still the more sharp and objective they look on the surface, the more poetical lightness we experience.

The sentence fragment which we read under the third image said in the original context:

Until they don't made change, the Allknowing Emperor of world ill not help them either… (('exact sentence from the surah needed here)).

Haddad's work is full of love and self critique of arab society. He is sending a message to people in Baghdad by means, which are used day by day several times by iraqi people. Through them they live their cultural life, interpersonal relations, the tools they use are the same, also the cultural habits, and still it is possible to turn the hearts against each other, like a glove on one hand and its parts can still be turned against each other (egymás ellen fordithatoak)

Wathiq al Ameri's animated figure is walking up and down in a closed room and listening to news. His black and white animation uses very sophisticated sound work and the strength of most simple graphic tools. He is walking up and down between the reality and the media, the inner reality of people from Baghdad in real life, the reality of the community in talks with other people.

Also we hear arabic language lessons in the background - did he translate his german lessons to arabic or is it about everyday's life in exile, where many arab intellectuals make their living on arab language lessons?

He creates a sensitive balance between all this, as if all his personality whould be made of thread, so transparent, that outer reality and virtual mediated powers fluctuate through the lines.

Actually I could write many poetical things like this last sentence about this work, but whatever I write it seems a bit false, all my metaphors I even kitchy. It happens often when I see a good graphic work and when I am touched by strength and simplicity of a good drawing. I think one of the reasons of this is, that drawingd speak a universal language. It is hard to approach it by text of art-critique. Also this universal language, the direct and simple way a drawing can speak is independent from the fact, wether it was made by an artits and about people grown up in Baghdad, in New York or in Bratislava. Wathiq al Ameri's work has this sincerity an universal visual lanuage can afford.
Still his drawings and montage speak about the situation when there is no balance between pyhsical possibilities and situation of the individual in exil. Through this they speak also with sincerely about the question what art can do during war, and art can not.

In Ali Al-Fatlawi's work we see in the existencial expirience of return.

What is real? What is imagination? The total emptyness of iraqi motorway , an arab road without any people on the sideway? The desert?

The ruins of exploded cars? The fear to make any stop otherwise being robbed? how is an arabic car drive in this deserted war area without the everlasting emotionality of arabic radiomusic? Or shall we turn on the happy music in the cab and on the video? is this more real?

The real danger of the way home is in our heart, we have to survive the emotional aspects, the danger of loosing balance in art and life goes together.

We listen to the past through his thoughts accompaigned be the images of present taken by the video. Through sophisticated szimplicity he increases the effect of though thoughts, the concersation and the objects on the roadside, the smoke in thelandscape indicating the absence of peace. Through this he increaes the coherent effect, in the sam way as a the abstract white line in the center is driving us to Baghdad. The city, he has left. The desert around the road recalls an inner world of the self - arriving in Baghdad the density of outer forms on the roads of the capital appear - here his inner space is the space of his family. He arrives from the desert – crossing the dense realm of objetcs in the cityscape- arriving to the deepest point, where we see the deepnes of heart, where the darkness of the image could be the the darkness of mourning, but it is the darkness of protectin and heart-warmth. Arriving to the house a woman, mother or an aunt hugs him. all the forms disappear, the monitor is darkened, we listen to the voices of women, children and family, the density of emotions is the warmth of home, which can neither be shown, nor translated.

Recently Nadine, Urnamo group and Salam have choosen the title "BagdHHHHad". Four times H in the middle of BagHHHHdad, is it a selfportrait of the four artist as spelling misstake? Mirroring all the irregularity and abnormality, which happened on all human leves? Or is four times H like a moan or sigh in the core of an ancient city? Or just a play with words? A Bag of four people travelling? Or the Dad, the fatherly collum of a tent, a city and a family left, which hosts a multiplicity of people?

In this film there are three stages or scenes, each filmed at the same period but it talks about the transformation from dictatorship to war to democracy. These words need to be explained, removed and then reshuffled themselves. The film was made with this same concept in mind, A video collage. In an idea that the Iraqi person who walks in the street needs to stop moving and at the same time continue thinking. Trying to present the inner thinking without the need for the body to move. Just like how freedom and democracy were injected to those bodies without them initiating any of it.

That is why the people in the street become suspended in time and talk about what they are thinking or about what is on their mind or what is present in action without any action.

The length of the film is 12 minutes. The film was entirely shot with a small handheld camera in three different places in Baghdad.

- Mutanabi Street which was bombed later on.
- Tahreer Square which was also bombed by roadside and car bombs
- Al Sadryah, the area of massive explosions in the public market which appears in the film.

Where are the places that weren't bombed through out memory?

The absurdity of the war and the recurring male conflict.

War appears to be a game, a pretensious behavour between two fronts without consideration of civil losses. What at first fascinates the beholder, maybe even amuses or stimulates him, becomes borring. The downfall ofT the parties is at the end of no interest to anyone.

Of course the plastic figures remind more of a toy and only by confronting each other they become threatening. Melting the gun barrels lets the threat become a joke. The two figures are identical, which means they also could be brothers, who have in the heat of the moment erroneously changed sides. They harm themselves instead of the alleged enemy.

The melting also illustrates the weekness of the individual, the individual does not count, losses are implied, one perishes fast and quiet.

The underlying music gives the whole situation a lightness, which it actually does not have and therefore emphasizes the irony and the drama of the situation.

The fixed camera position accentuates the inability of the beholder to act, he is forced to look. Touched by the downfall of the parties he is still not in a postion to undertake something and he remains captured in his own paralysis. 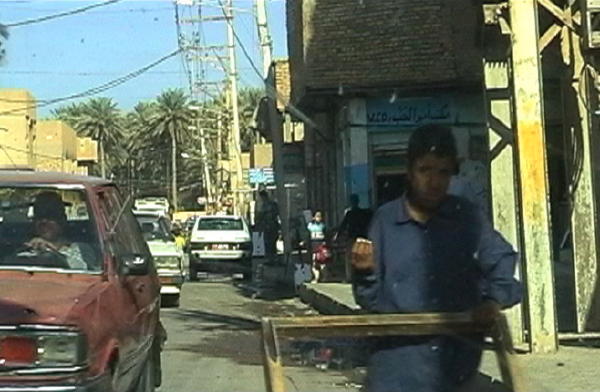 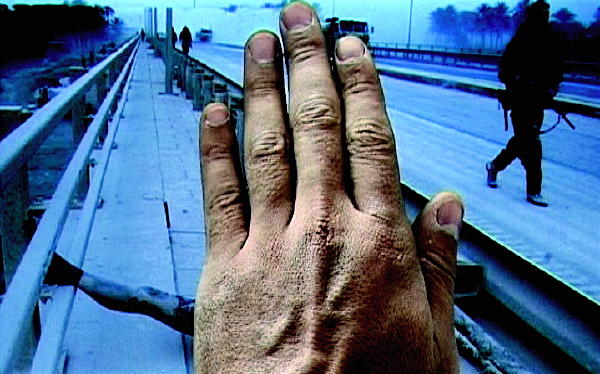 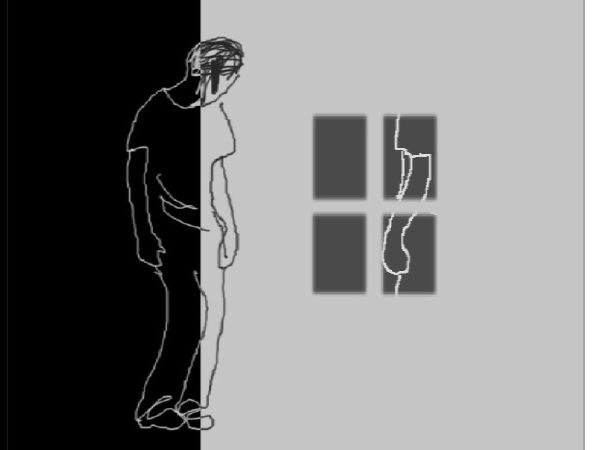 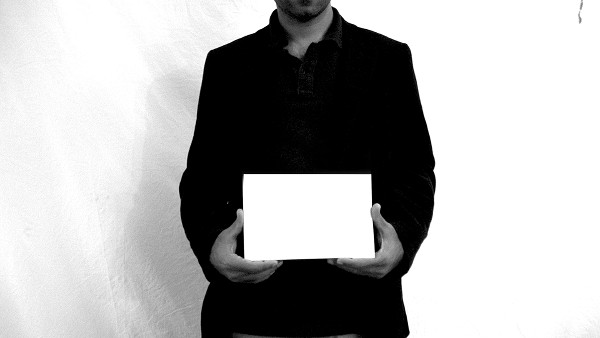 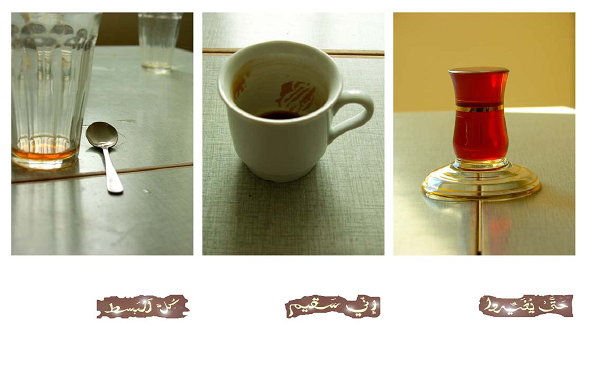 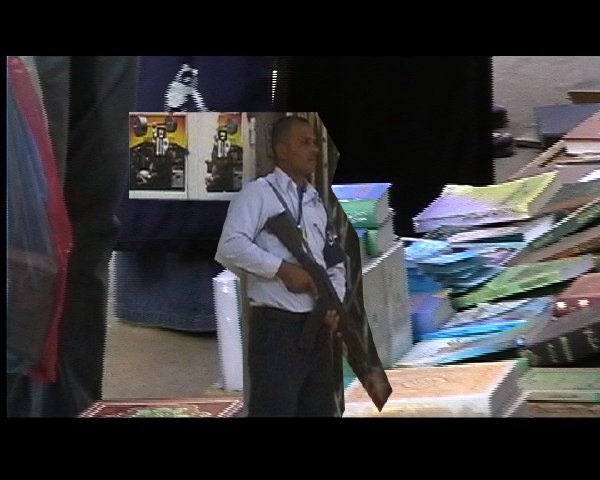 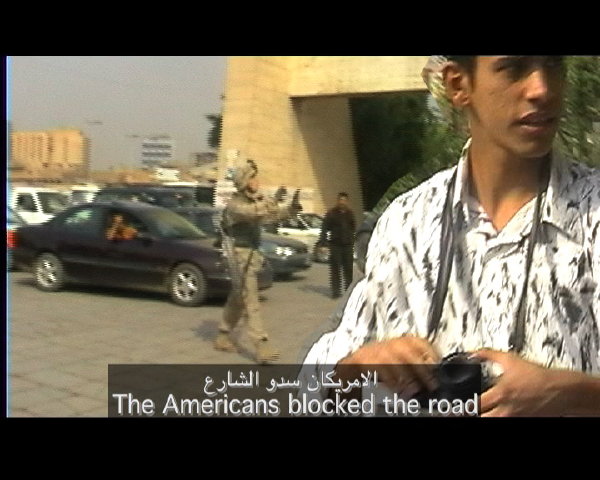 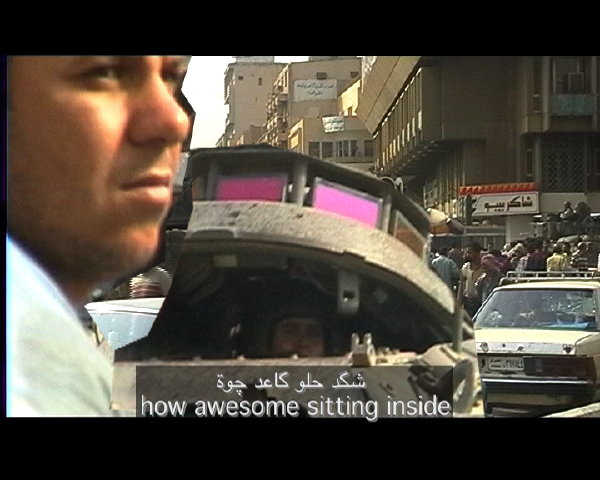 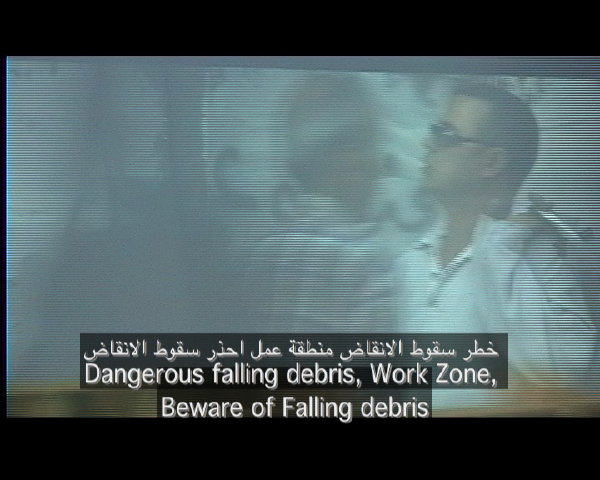 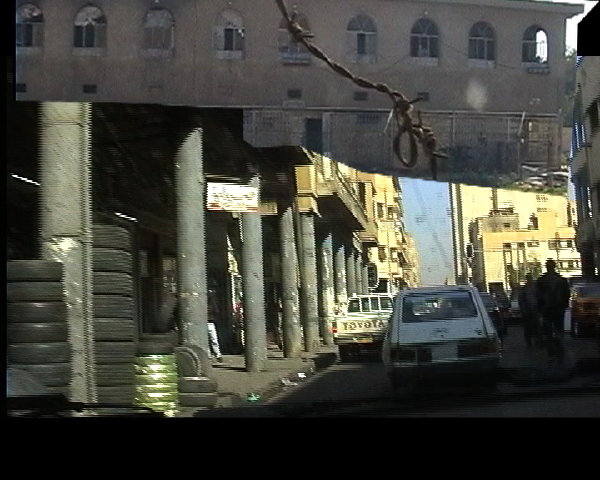 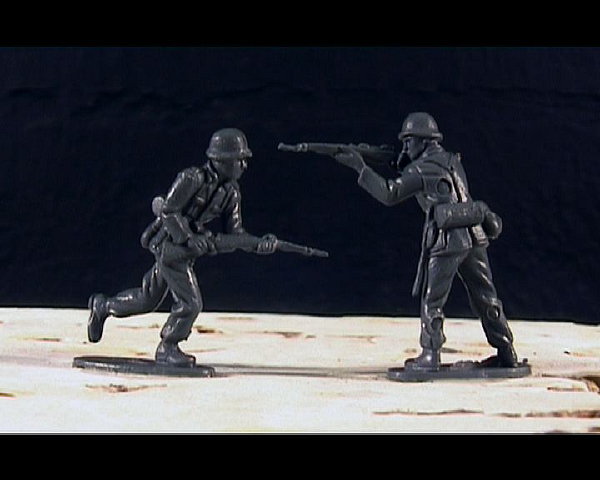