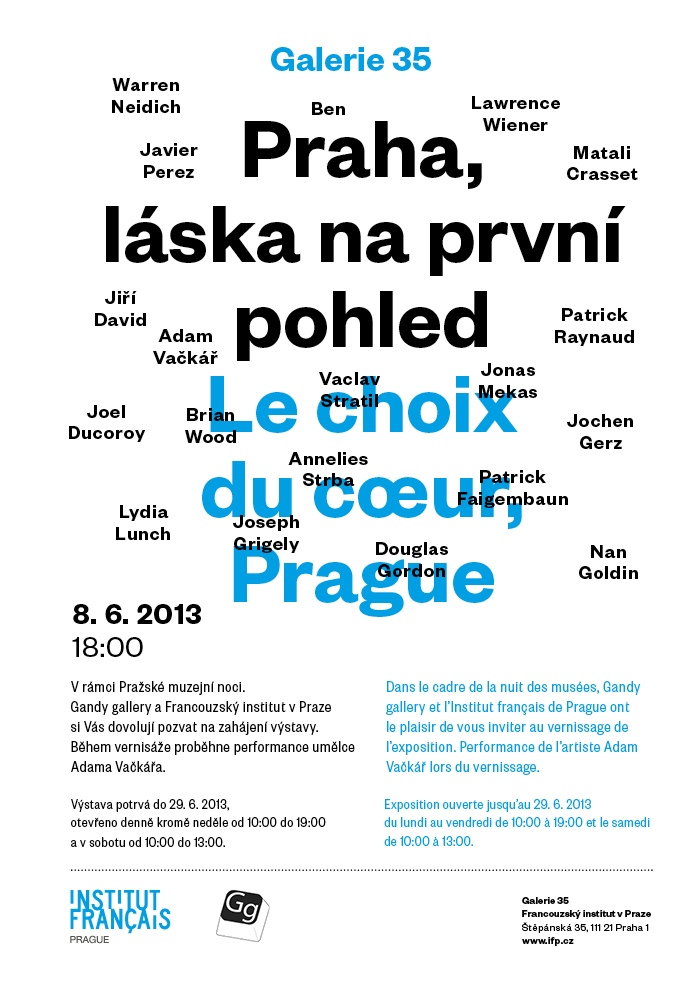 For the current artistic scene, it seems inconceivable that, in the 1990s, in Prague, one single day was enough to see all the exhibitions dedicated to the contemporary art. Reference points were known and recognized, the appearance of any new gallery or any new project drew the attention of initiated people and the expectations, the frustrations and the critical reactions answered it. But the most important factor remained Hunger. The hunger of art coming from abroad, the hunger of every information, of every work which was contemporary, current, new and unknown. We needed to confront our values, our positions, we tried to understand the art of our time. Paradoxically, the major exhibitions of contemporary art were more numerous than today but to be able to meet the art, as an integral part of the daily life, stayed only a wish, which is today - for the better or for the worse - heightened.

It is in this context that Nadine Gandy and her gallery Gandy gallery made their first steps, in 1992, in Roztoky u Prahy. But it is at the time of her installation in Prague in the street Kolská, not far from Venceslas square, that she acquired a wider public. The second half of the 90’s was marked by the integration of Gandy gallery in the Prague artistic scene, through the intense and regular contacts with artists and curators by the cooperation within the framework of various projects and, of course, by an increasing prestige.

We can say that Gandy gallery played then a key role in spreading knowledge about contemporary art alongside galleries like gallery MXM, gallery Behémót, gallery JNJ during a time, then the gallery Jiri Svestka. By widening the fields of observation, we can compare her activities with what presented the galleries Václav Spala and Nová sin, as non-lucrative structures. In this context, we can say today that Gandy gallery stood out as a place which brought in the Czech artistic scene an international program of high quality: from Daniel Buren to Lawrence Wiener, Douglas Gordon, Patrick Faigenbaum, Jonas Mekas, Wim Delvoye, Elke Krystufek, Derek Jarman, Simon Patterson, Isabelle Levenez, Jochen Gerz, Joseph Grigely, Lydia Lunch or Nan Goldin and Javier Perez as well as José Maria Sicilia and Pedro Cabrita Reis. In association with the personality and the work of the Czech artist Václav Stratil, with whom Nadine Gandy still collaborates today.

I doubt that the market of the Czech art of that time had been a sufficient financial source to finance a gallery. But we did not even wonder whether Gandy gallery was (and stayed) a private gallery, and thus a commercial structure, and what it implied. For the most part of the visitors, the artists and their work were the most important. So Gandy gallery filled, first of all, a function of showroom. It is necessary to say that the watchword of the 1990’s was to impose the contemporary art as an obvious part of the life in society, to show its importance for the understanding of the world, which did not stop changing and which we wanted to model together. The most important was this experience, this exhibition, this work that we could see and which we could discuss - the tendency to document and to record every event knowing that without report, it meant nothing, appeared much later. Our focus was to experience exhibitions and art as intensely as possible. I still remember concrete situations and installations of exhibitions in Gandy gallery, I remember certain openings and issues of the magazine Frieze which I bought there, and I regret not to having acquired then the now famous Simon Patterson's prints mapping the London subway -sold at that time for a derisory sum.

It was at the Gandy gallery that we saw, for the first time in Prague, Nan Goldin's photographs or Wim Delvoye’s objects, that we discovered the works of the film-makers Jonas Mekas and Derek Jarman (whose major exhibitions took place in Prague and in Brno more than ten years later). Finally, in my mind, Gandy gallery remains bound to an essential abstract element of the work of gallerist. Several foreign artists had prepared their exhibition in relation with the city I live in. It was not only about site specific installations but especially because they presented here their own experience of Prague, as for example, Patrick Faigenbaum and Javier Peréz - the one under the shape of a series of portraits (among which the excellent photos of the translator Vera Saudková) and of places (Franz Kafka’s grave), the other one under the shape of a poetic video the main characters of which were a rider on a horse and a golden mask. In a different way, the exhibition in the castle of Beaumanoir in Brittany testifies of Nadine Gandy's relation with the Czech scene: Nadine Gandy had chosen to exhibit in this magnificent private castle, Jiri David, Ivan Kafka and Václav Stratil. And Martin Dostál was curator of the exhibition.

In summary and as reminder: Gandy gallery is a part of the cornerstones of the Prague artistic scene of the 1990s: as a private gallery organizing varied exhibitions, and even publishing catalogues occasionally, but also as a place of formation of a whole generation of artists, critics and curators. For some of them, among which the author of this text, who I am, the experiences lived in Gandy gallery are now a part of their fundamental personal luggage which has contributed in a significant way to the fact of having bound durably their professional activity to the contemporary art.

Marek Pokorný is a visual art critic, curator and art manager of the Ostrava City Gallery PLATO. He has worked as art director of the Moravian Gallery in Brno and was a candidate for the post of the director of the National Gallery in Prague. He has published a whole range of studies; in 1995, he founded the Detail magazine for visual arts, the first magazine to deal with the post-November art scene. He has curated a whole range of exhibitions in numerous Czech galleries. 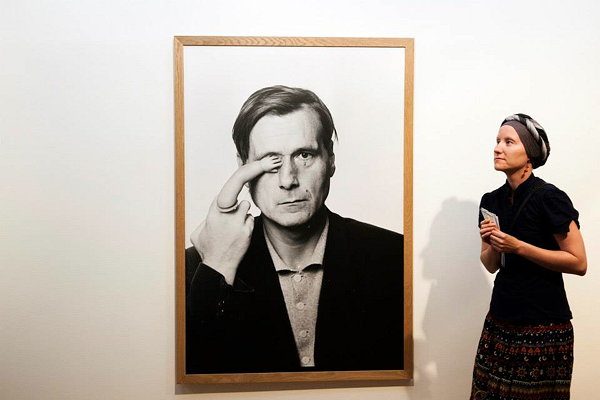 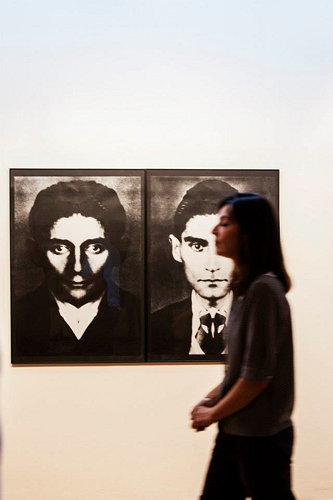 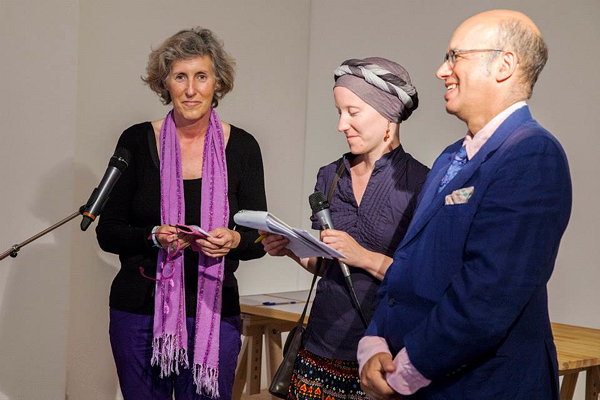 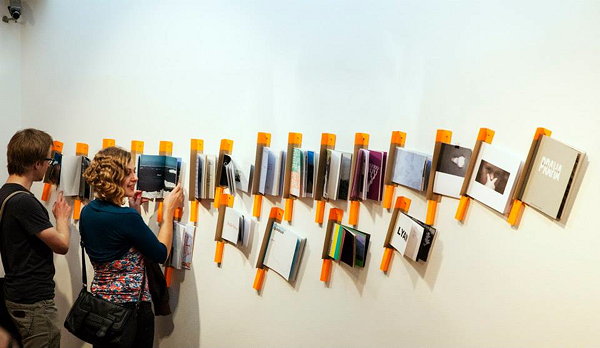