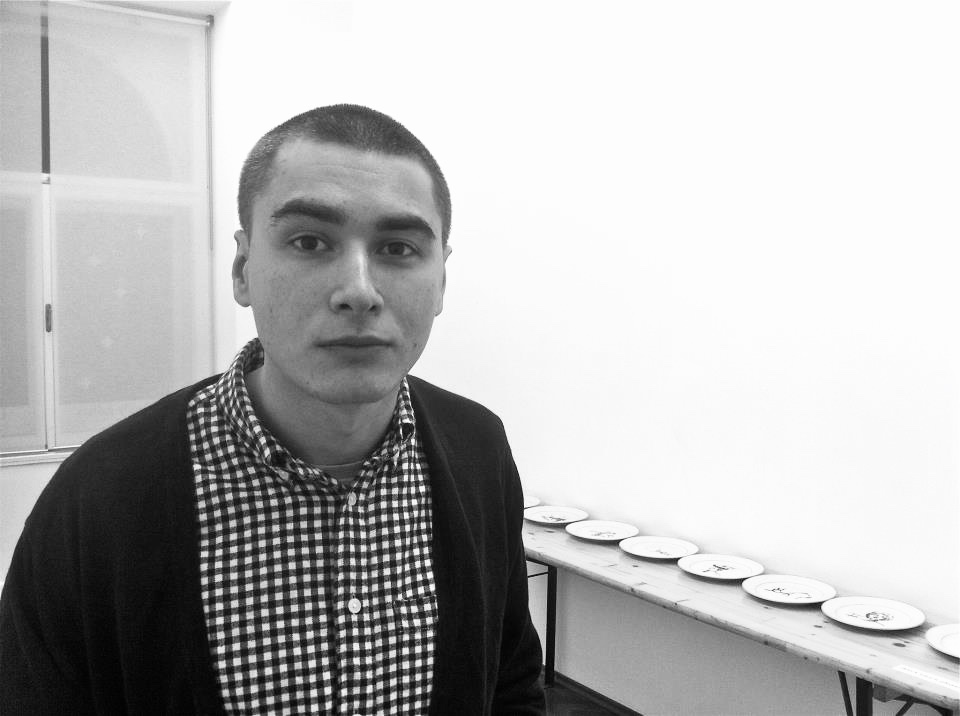 Nikita Kadan born(1982) and lives in Kyiv (Ukraine).
In 2007 graduated from National Academy of Fine Art (Kyiv) where he studied on department of monumental painting under professor Mykola Storozhenko.
Since 2004 year is a member of R.E.P. (Revolutionary experimental space) artists group.
Co-founder (2008) and a member of HUDRADA (Artistic committee) curatorial and activist group.
Works with installation, graphics, painting, mural drawings, posters in the city.
Often works in the interdisciplinary collaboration - with architects, human rights watch activists and sociologysts.
The show represents several Nikita Kadan's works from 2010-2013. The main object of artist's attention in these pieces is the complex of realtions of post-socialist body with post-socialist city.

When I arrived to Bratislava first time in 2011 I stayed in Kyjev hotel which was closed one or two monthes after I left. A beautiful building from 1970th reminded me about Bratislava cinema built in same late socialist period in Obolon district of Kiev were I lived in childhood. In Bratislava I watched children films from Soviet republics in 1980th and then Hollywood action movies in the beginning of 1990th. Then cinema became the place for meetings of charismatic Christian churches, black metal concerts and fairs of cheep textile goods produced in Ukraine. In 2000th there were some tries to privatize Bratislava. Attacks of unknown people, who tried to get into administrative part of the building and arson took place. Cinema is a part of municipal property still.
When I returned to Bratislava for my show I heard that it is planned to destroy the building of Kyjev. Something new and more competitive will replace it.

The Sell out watercolor drawings represent hybrid structures, combinations of buildings with body organs. Renaissance city planners compared a city to the human body, to it's parts having certain functions. In the dominant ideology of market capitalism this analogy becomes paradoxically up-to-date, revealing a new dispositif of corporeity. Like a body under the market's influence that turns into a set of separate organs each having it's price, the structure of today's city is not shaped by the functionality of it's parts, but by it's commodity potential. The body of city is dissected and offered for sale.

Procedure room (2010) is a project is about police torture, a widespread practice in contemporary Ukraine. One could also say that this project is about the body, as something personal (unalienated), something private (an object of exchange), and as something that exists for the public good (entrusted to uniformed professionals). The set of souvenir plates is printed with drawings of police tortures. The choice of forms and visual means is connected with the absence of any clear visual documentation of torture procedures, with their specific "invisibility". The didactic character of these drawings addresses the collective responsibility of all those who know and remain silent, bearing the guilt for what goes on "in the shadows". These instructions have been executed in the style of the "Popular Medical Dictionary" of the Soviet era, where one could often find illustrations of patient-characters with serene facial expressions, even though they are undergoing extremely painful procedures. "The doctor knows what he is doing. It's all for our own good".

Voices not taken into account is set of five silkscreen prints showing the way elderly women selling food on the street protect their bodies in cold time of the year. This work as well involves a visual language of "medical instruction" drawings from Soviet times for representing "bodies-objects", silent and obedient in the hands of power and capital. 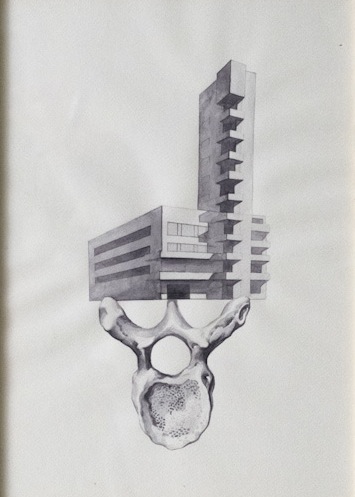 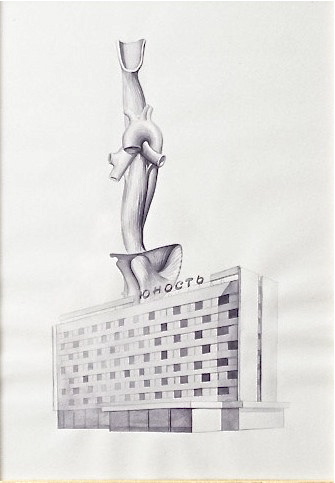 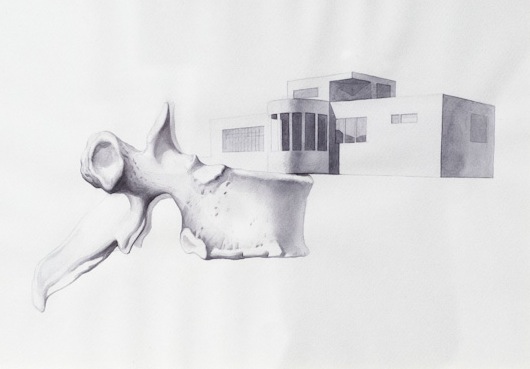 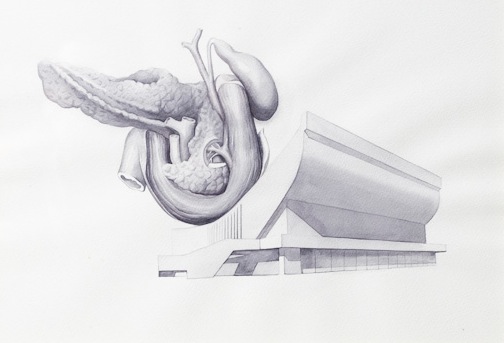 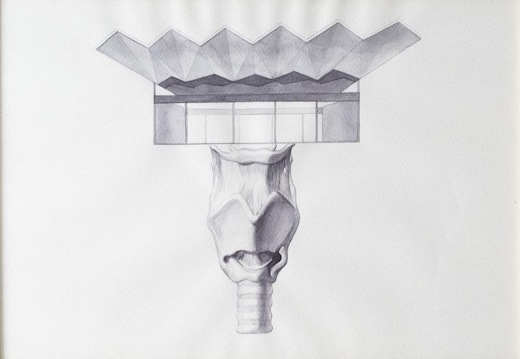 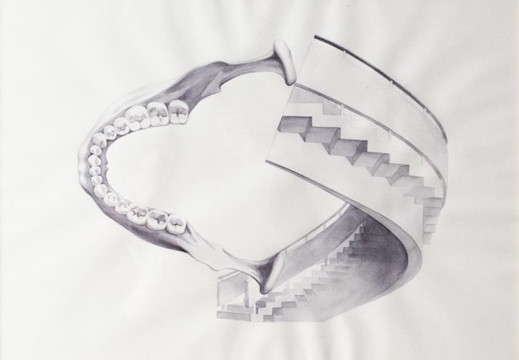 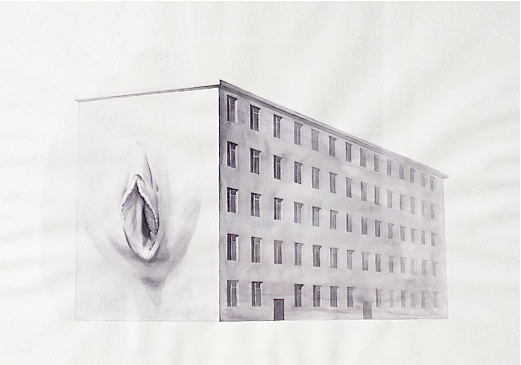 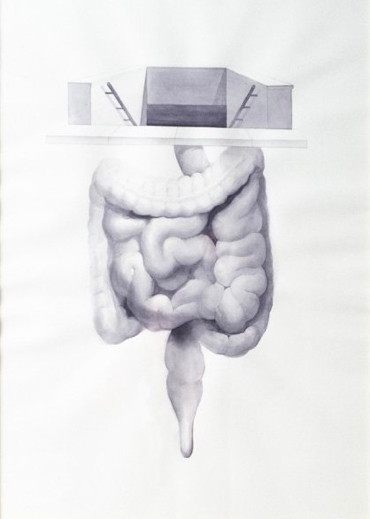 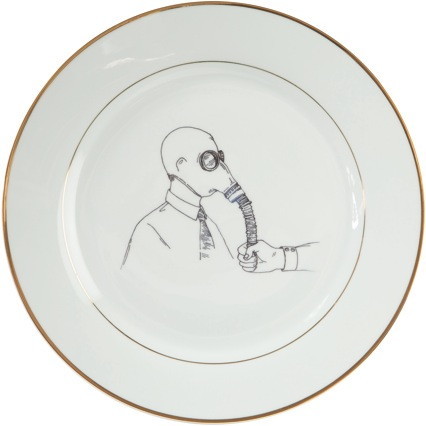 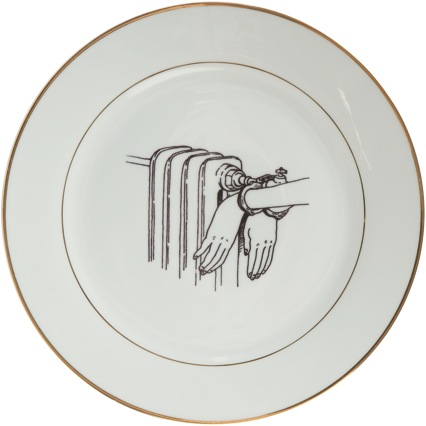 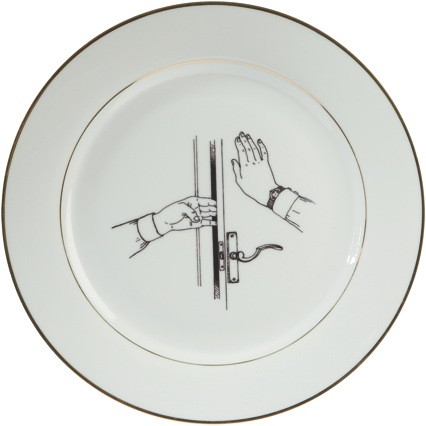 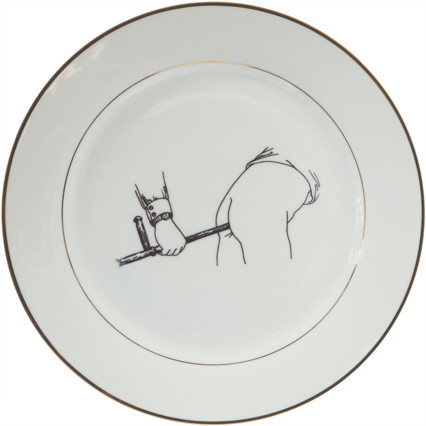 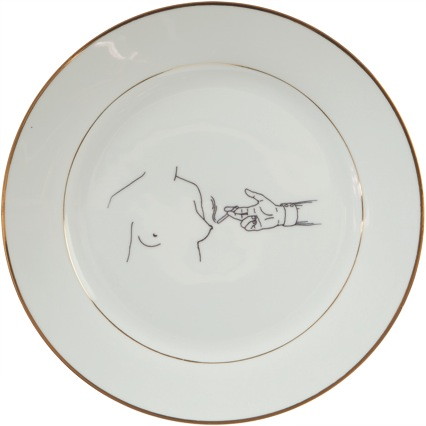 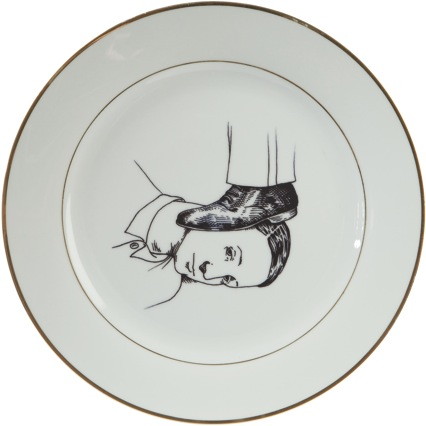 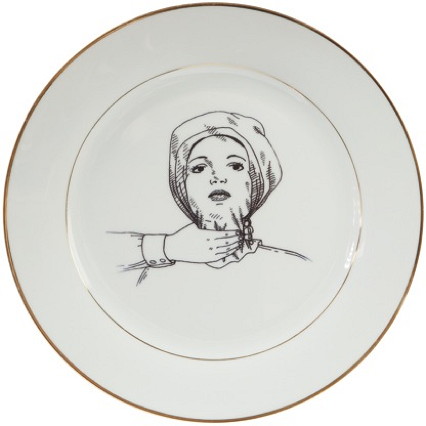 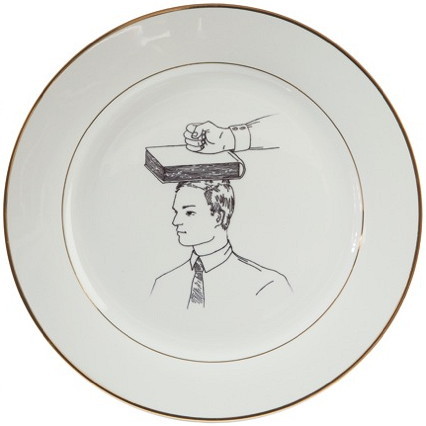 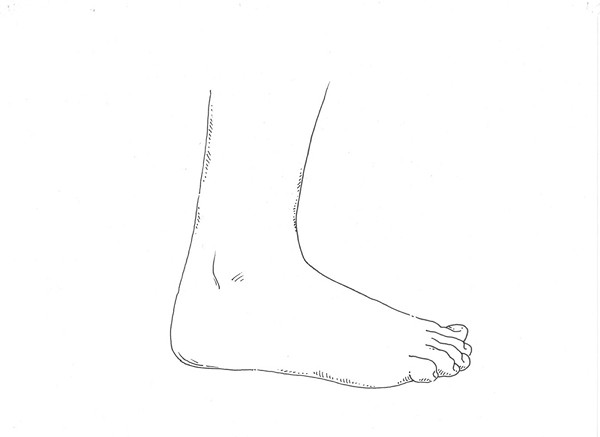 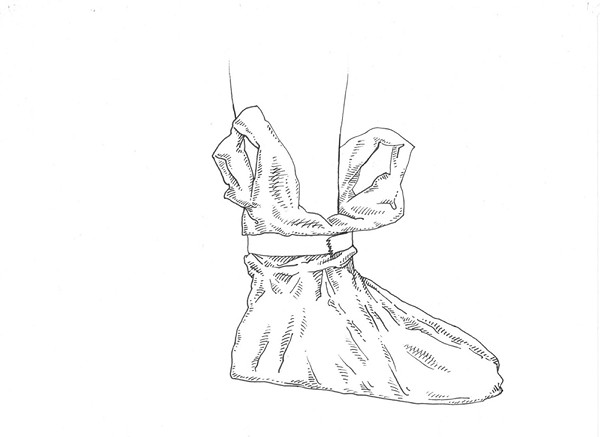 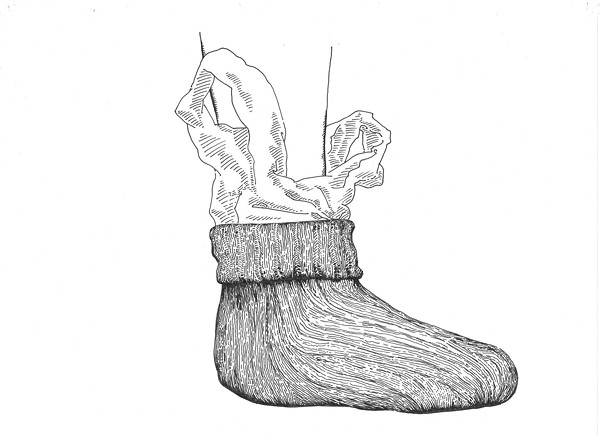 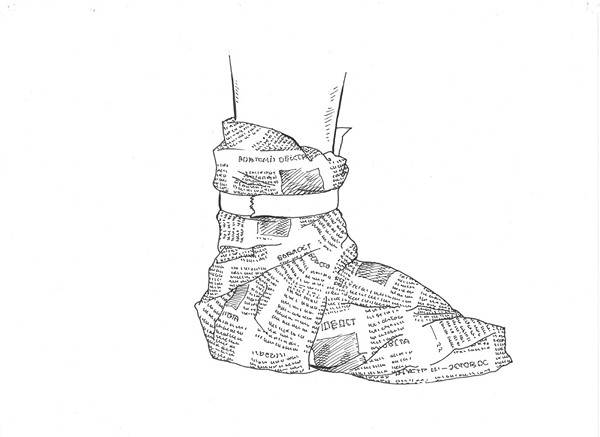 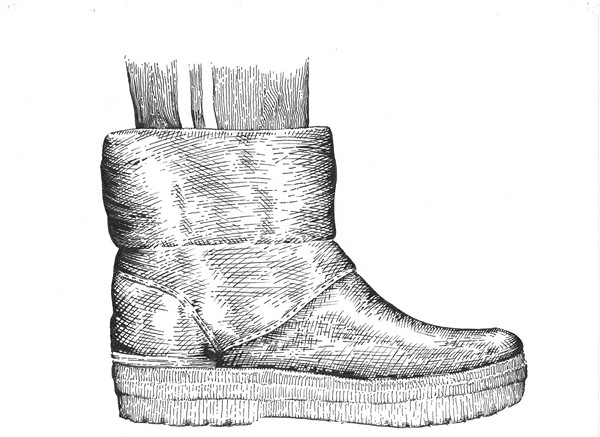 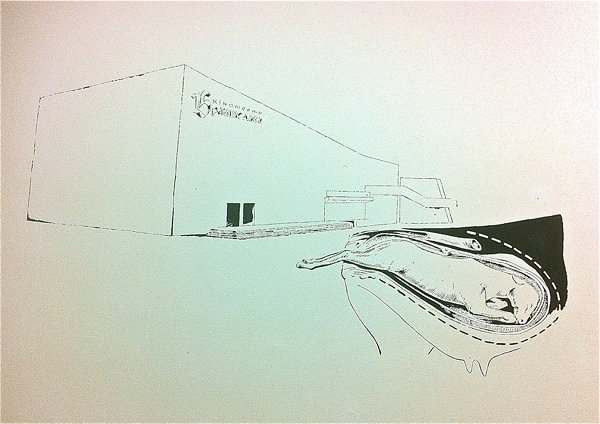 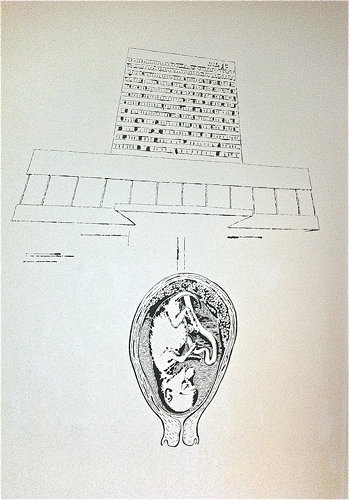 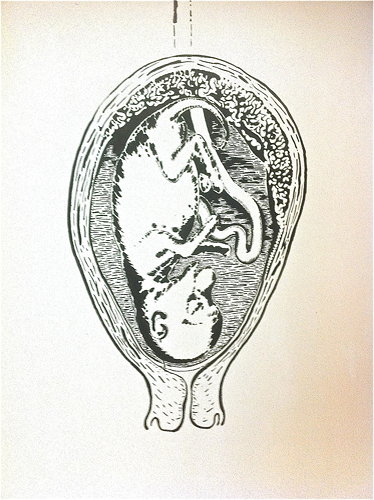