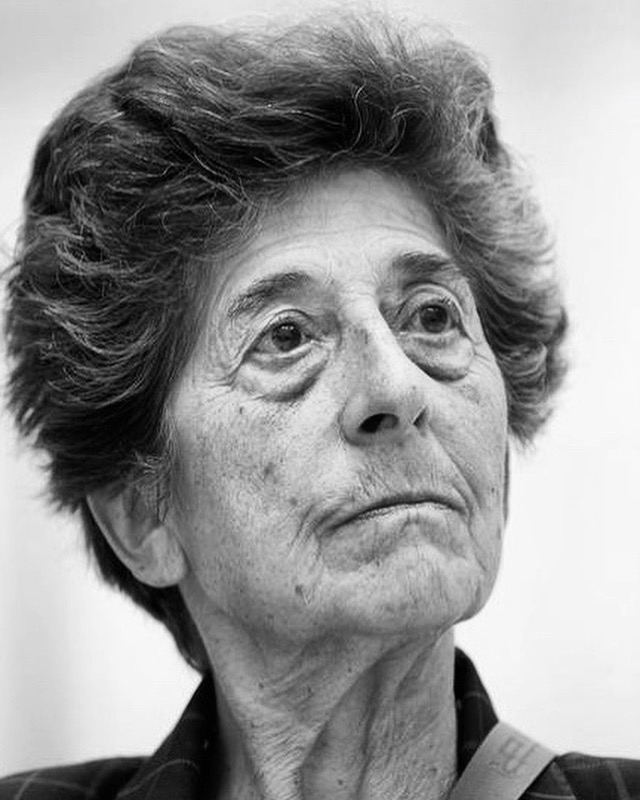 Gandy gallery is delighted to present the first solo exhibition by Esther Ferrer at the gallery, the first in Slovakia of the work by the artist.

In Esther Ferrer´sartistic practice, the body is a tool of resistance that connects poetics to politics. This body does not isolate from other bodies and does not look at itself or at its own substance. This body interrogates, questions and provokes the observer in a clear and honest manner.

Born on San Sebastian (1937) during Spanish Civil War, raised under Franco´s dictatorship, Ferrer belongs to that generation of artists for whom feminism is a protocol of responsible living with which to analyze the contradictions of our contemporary society. In the late 1960s Ferrer joined ZAJ, an artistic collective close to FLUXUS and inspired by experimental artists like John Cage, that staged actions and radical performances related to music. In the 1970s Ferrer, to free her activist non-conformist spirit, left Francist Spain for Paris where she still resides.

Known for her performances, photographs, installations, drawings, videos and sound projections, Ferrer´s work is first and foremost a permanent practice at transgression that, resorting to what she calls "a rigorous absurd", questions the institutional customs that invisibilize women in the social, political and artistic sphere. "Being a feminist is exhausting", confirms Ferrer. "I always say that I will be a feminist for as long as it takes, But misogyny lies not only in society, it´s also in the arts and everywhere".  The selection of works presented in this exhibition deals with how Ferrer uses her own body, the universe of things and daily gestures to unfurl the certainties and prejudices that swarm our society. Each image therefore requires an attentive look from the observer who sees their expectations about what they know or think they know inexorably hindered.

Marta Gili is an art critic and curator.She was director of the Jeu de Paume in Paris from 2006 to 2018 and has been the director of the national school of photography in Arles since 2019.

Esther Ferrer (San Sebastián, 1937), is a pioneer and one of the leading representatives of performance art in Spain, she began her artistic practice in 1967 with the ZAJ group (formed by artists Walter Marchetti, Ramon Barce and Juan Hidalgo) until its dissolution in 1996, and, since then, she has used performance as her main medium. Performance is the guiding thread of all her work and it represents  a moment where time, space and presence intervene simultaneously: "the action consists of leaving the picture of the two-dimensionality, to enter the space, and use your body as a subject of a simple and direct work". From the mid-70s she returned to make plastic works using intervened photographs, installations, paintings based on the series of Pi and Prime numbers, objects, and so on. Among these works stand out her series of Self-portraits (in process since 1981), Prime numbers (developed through various spatio-temporal formats), the models of her spatial projects or installations, or that of Educational toys (1980s). Her work can be considered as part of minimalist and conceptual art, which started in the 60s of the twentieth century, having writers such as Stéphane Mallarmé and Georges Perec, or the Fluxus group as her main references, as well as in the feminist ideas of that period of time. She has also collaborated with other artists / musicians such as John Cage or Tom Johnson.Parallel to her artistic practice, it is worth mentioning her important theoretical work, developed both in her journalistic collaborations for various publications and in courses and lectures offered in European and American universities.