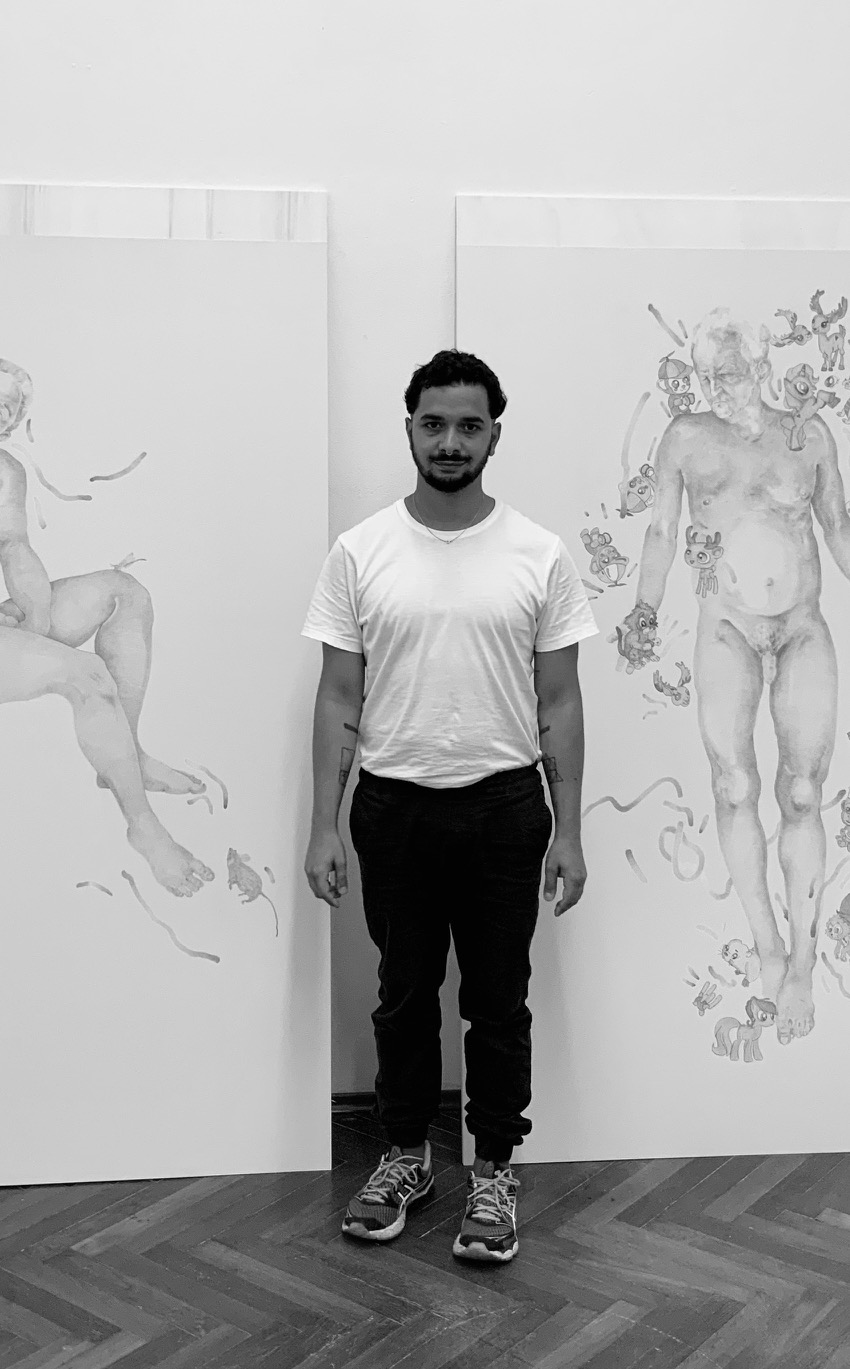 Gandy gallery is pleased to announce opening of the solo show of Slovak artist Robert Gabris.

Vienna 2019
These works are drawn scenarios that outline the act of falling asleep and the state between the end of the waking and the beginning of the dreams. With meticulously drawn motionless bodies, I explore the state of unconsciousness. Here is the one who is dreaming the daydream aware that he is dreaming, yet he has his full consciousness to perceive the dream.
In the drawings "Peter – Prisoners Cinema" 1, 2 and 3 I deal with the phenomenon of daydreaming – "Prisoners Cinema" – an abstraction of the oscillating, chaotically bouncing, flashing color forms in the open and at the same time absent eyes of my foster father. This is a metaphor for an increasing dementia that causes him to stare aimlessly into the void for minutes every day. His body remains completely motionless, apathetic – he leaves me and disappears. I ask him, "Peter, where are you? What do you see there? Can you describe it?" The hypnotic gaze of his watery blue eyes obstructs all approaches to the perceptions of his reality. Peter is in an interspace, a space of oscillating memories and unfulfilled dreams where no one else has access to it. I try to enter the room through the drawing and create a sketch of this metaphorical space.
The drawing titled, "Lukas’ Daydreams" is a naked portrait of my husband Lukas. It is drawn in the colors he is not able to see - very specific shades of green and pink. His color blindness is an extraordinary, but a very own perception of reality. Around him hover feathers in the air, like a magic that takes full control of us two. Lukas is the guardian of our love. The fourth large-format drawing “Daydream – three messages“ is a selfportrait. It illustrates a sequence of my dream in which I received three messages that actually happened in reality after that. They are transmitted by three animals, a raven, a mouse and a dragonfly, each symbolizing this message metaphorically. The content, however, remains hidden. The other drawing illustrates sequence of my dadydreams again.

Robert Gabris was born in Slovakia in 1986 , currently living and working in Vienna. He teaches anatomical drawing in various institutions and drawing-schools. Starting point of my work are new experimental forms of drawing as resistance to exclusion and racism.
In his freetime, he likes to dream while walking. 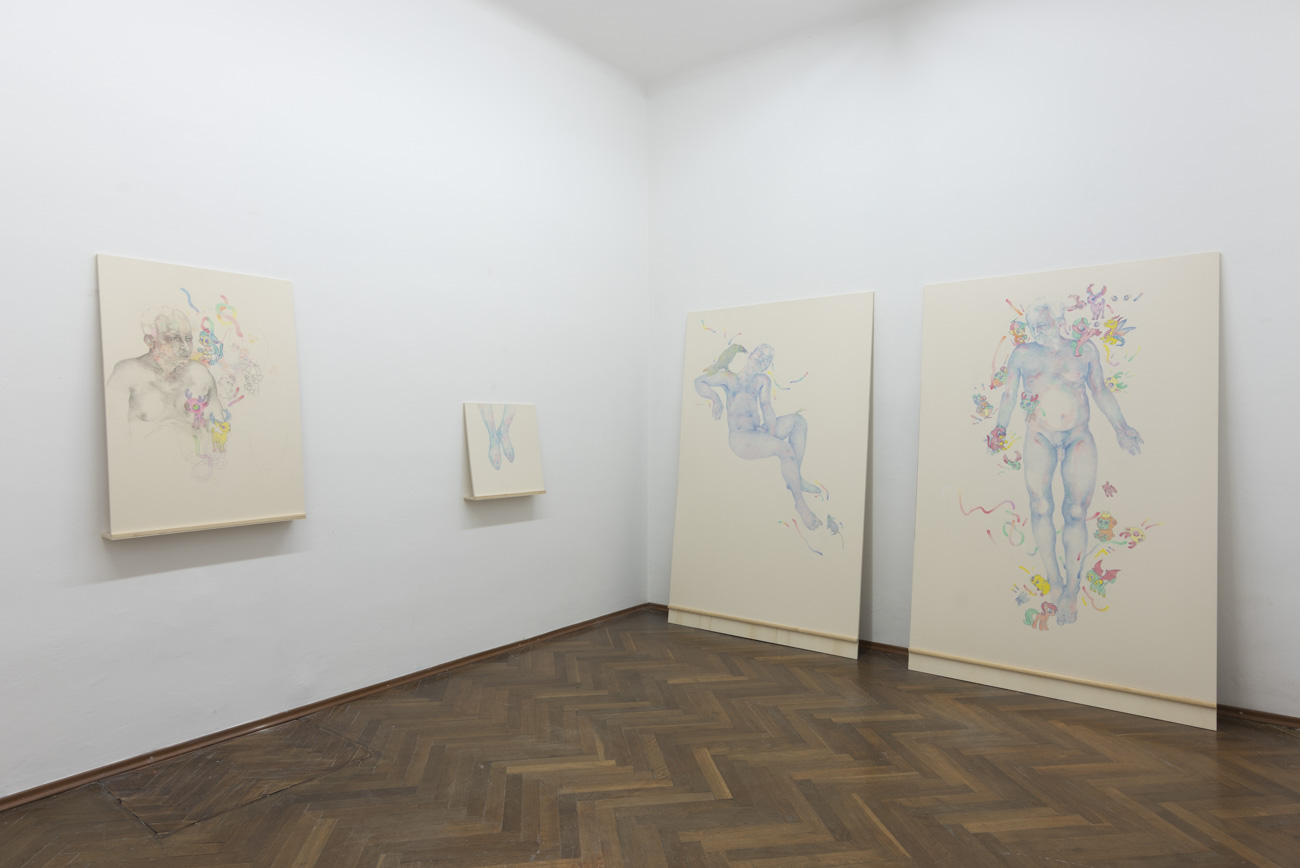 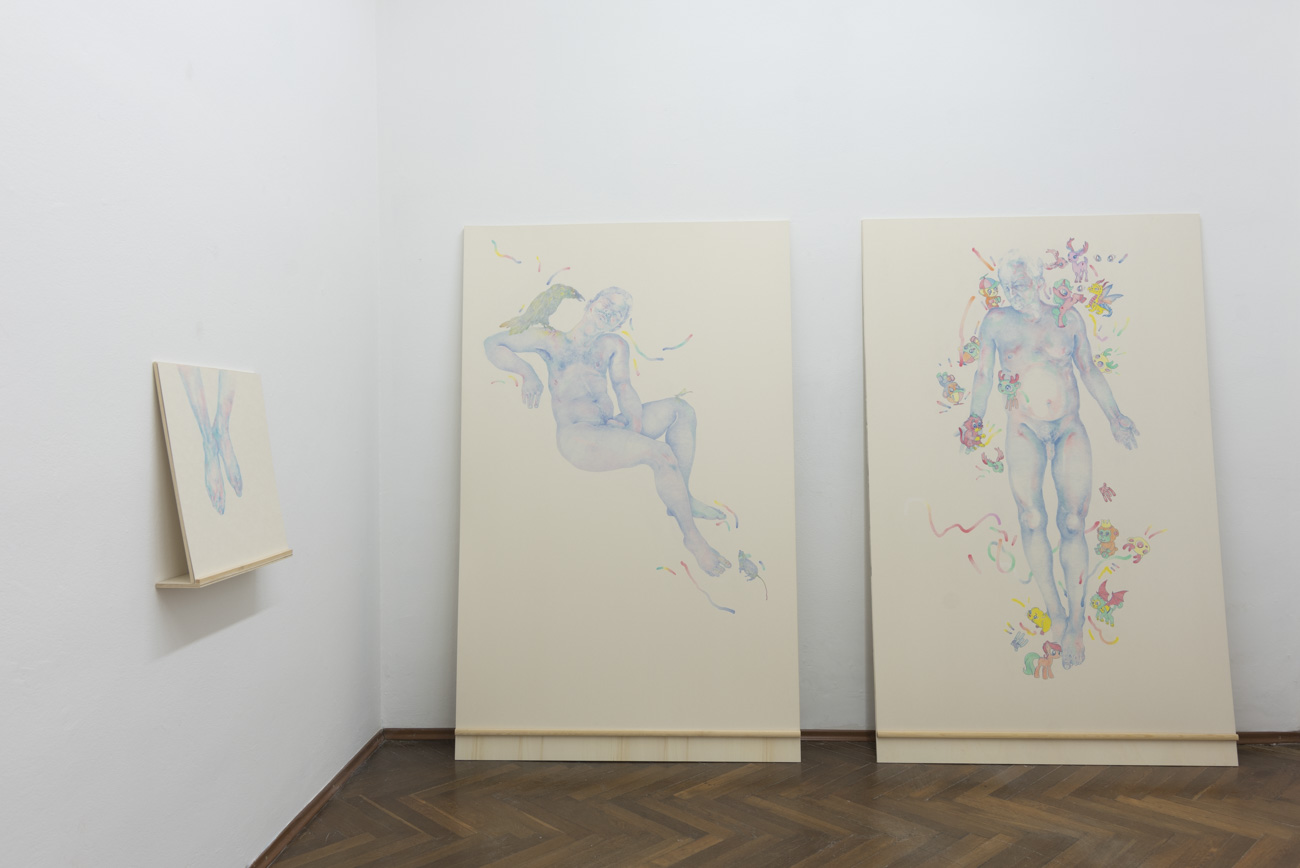 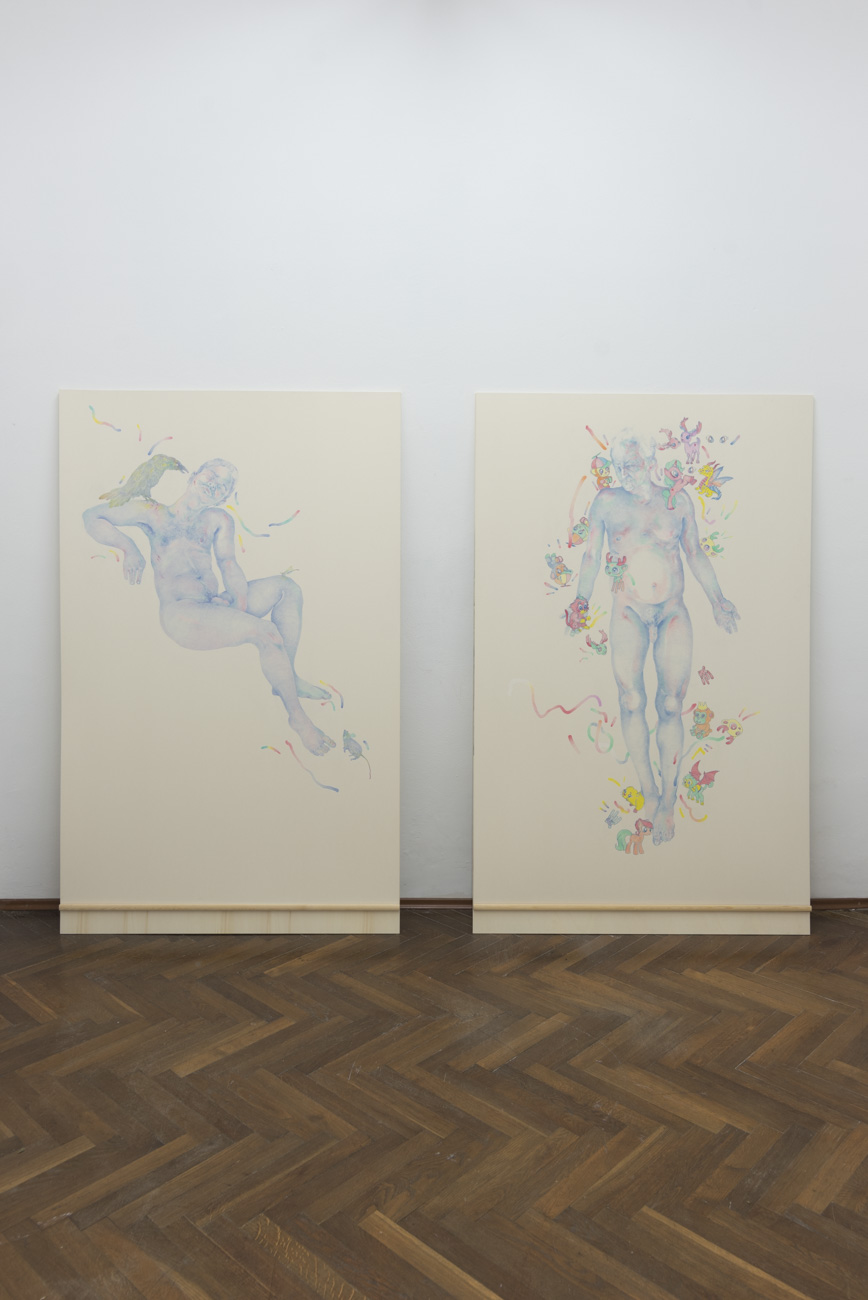 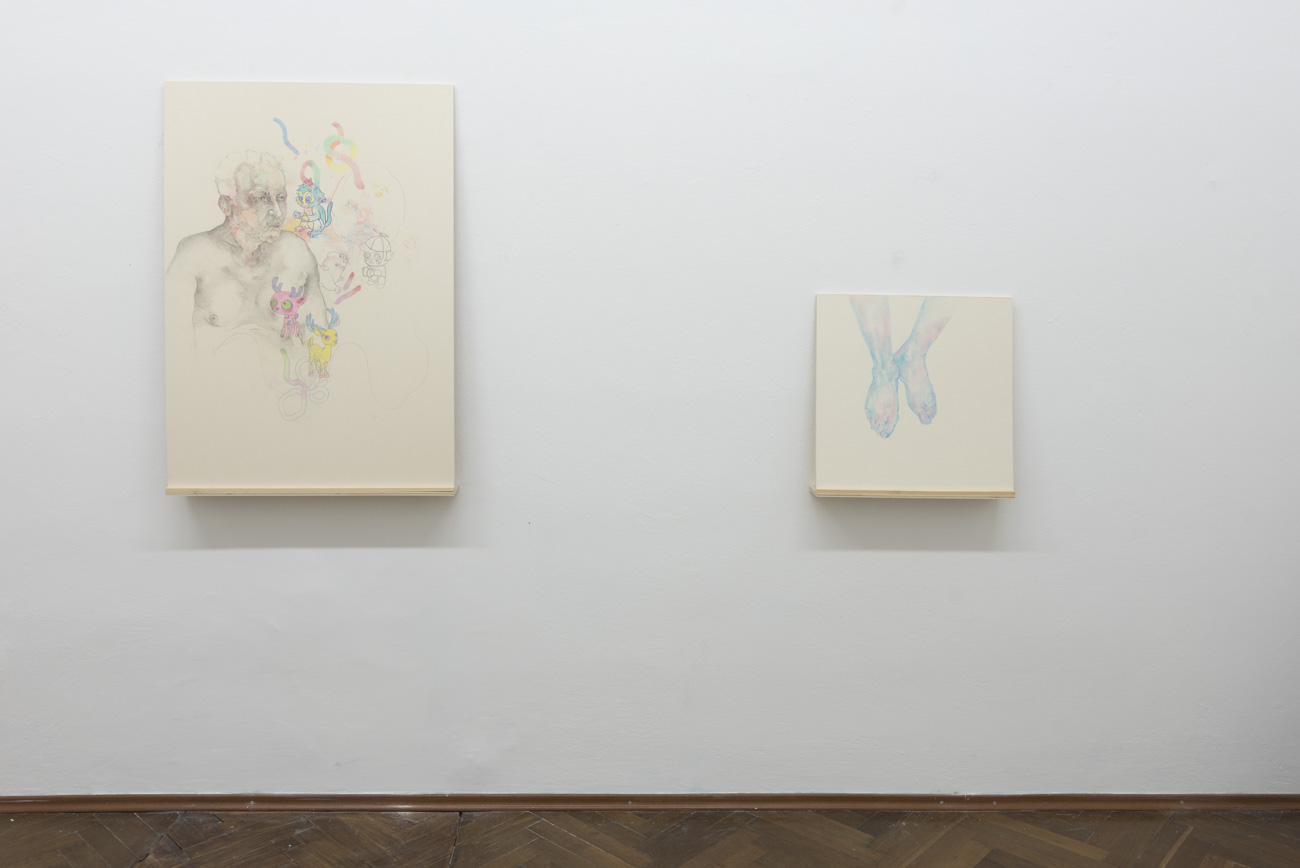 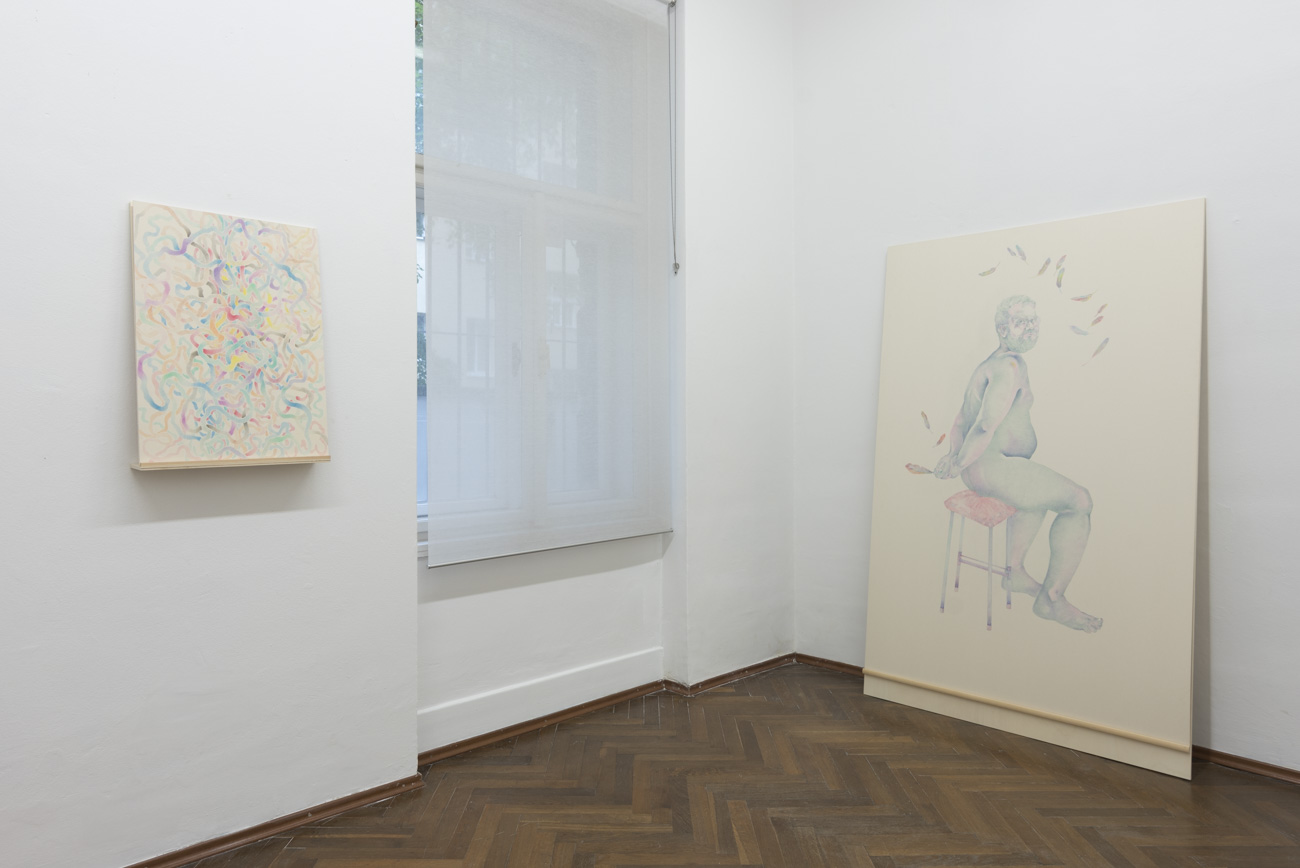 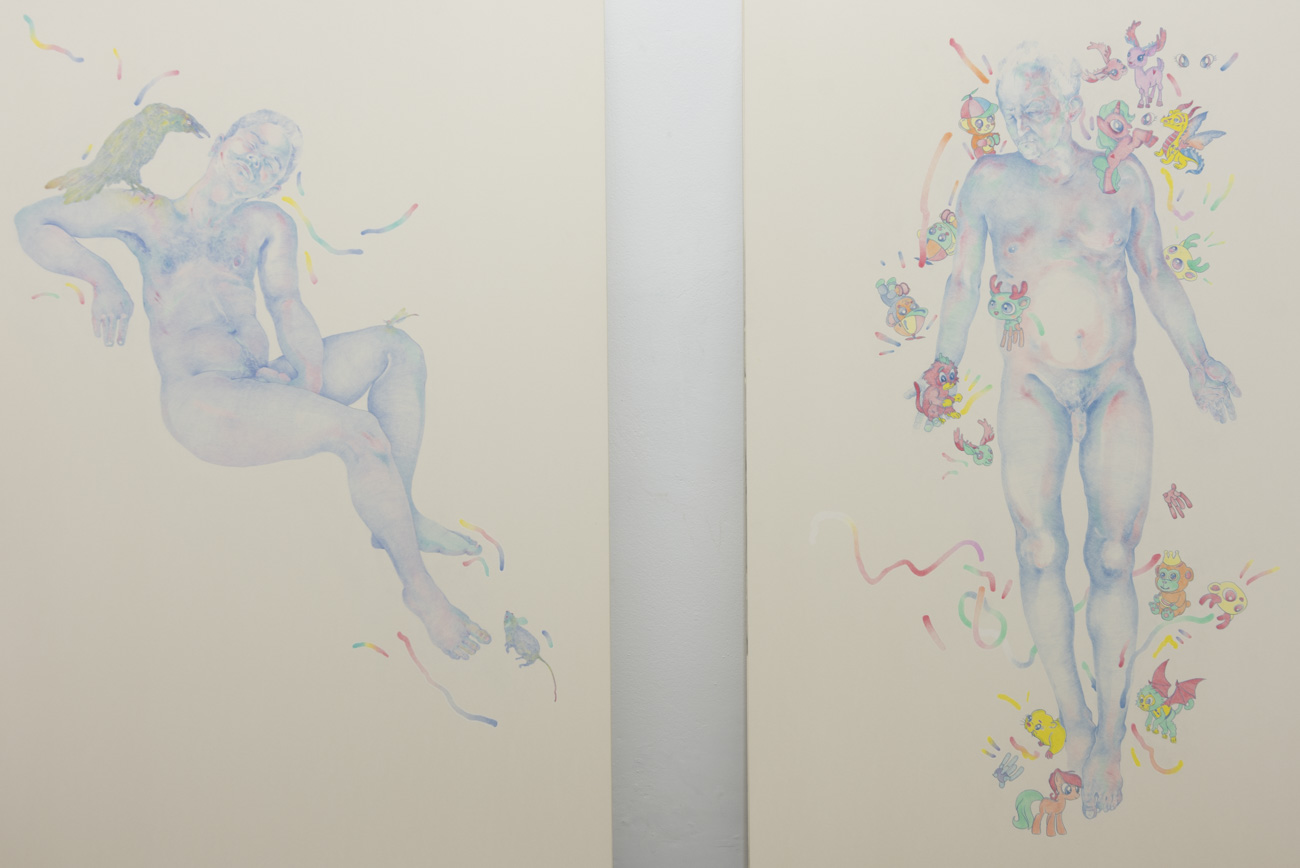 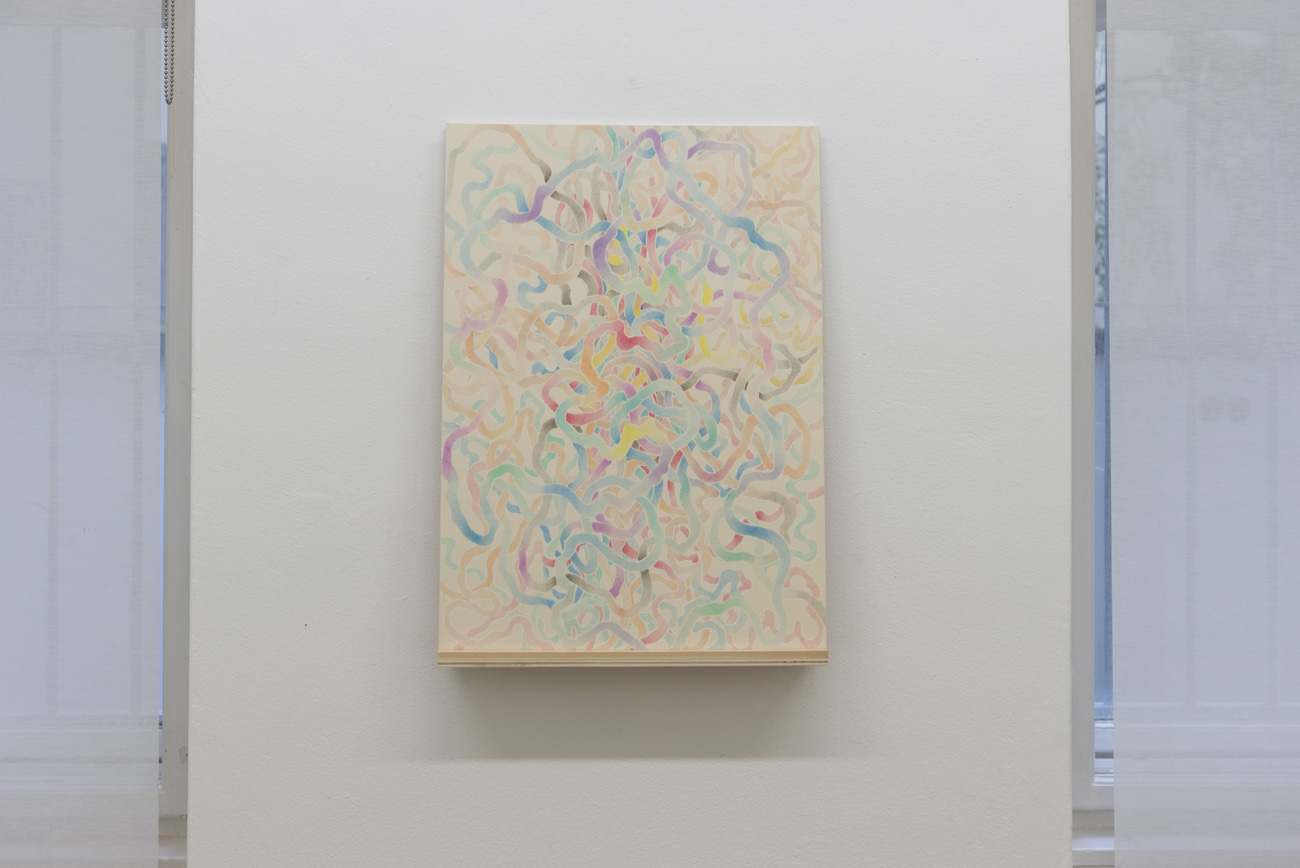 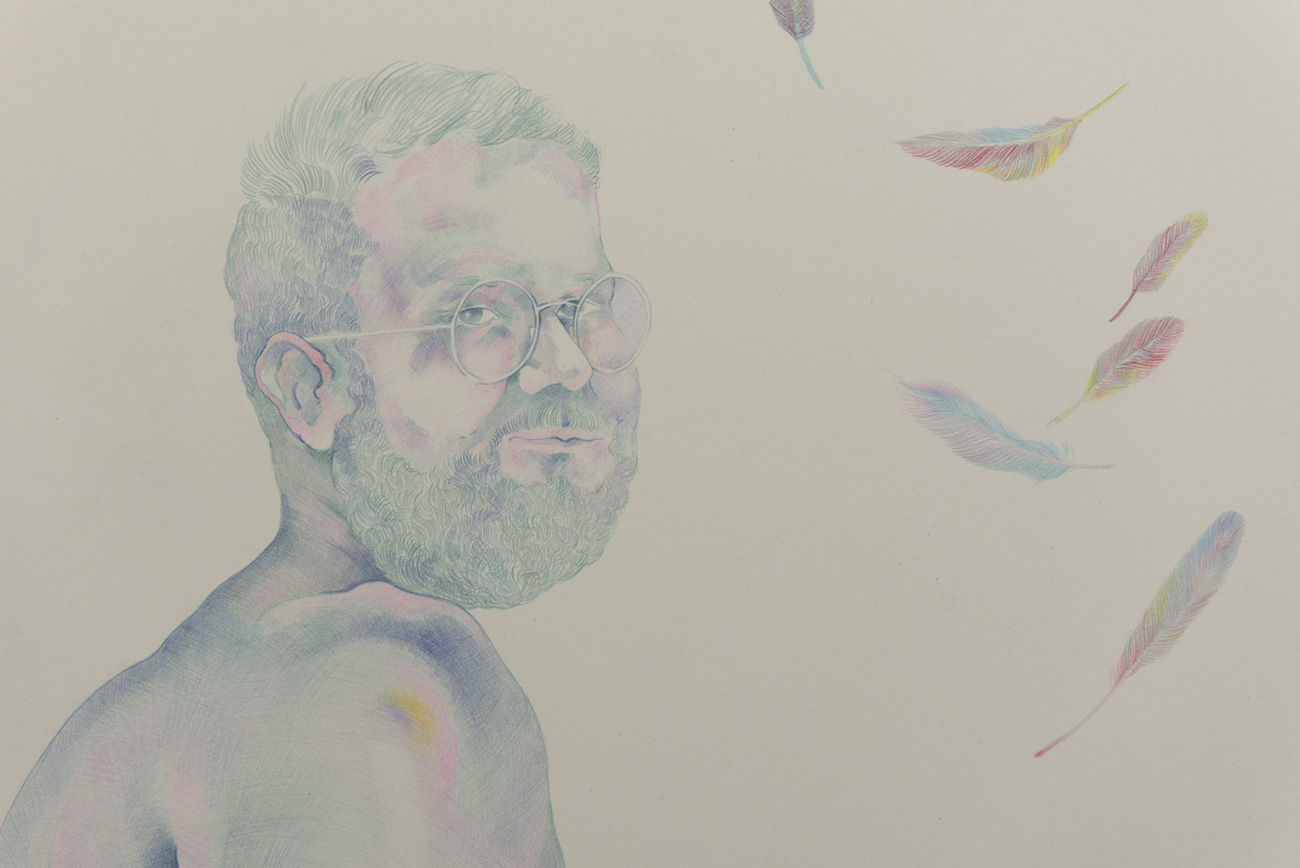 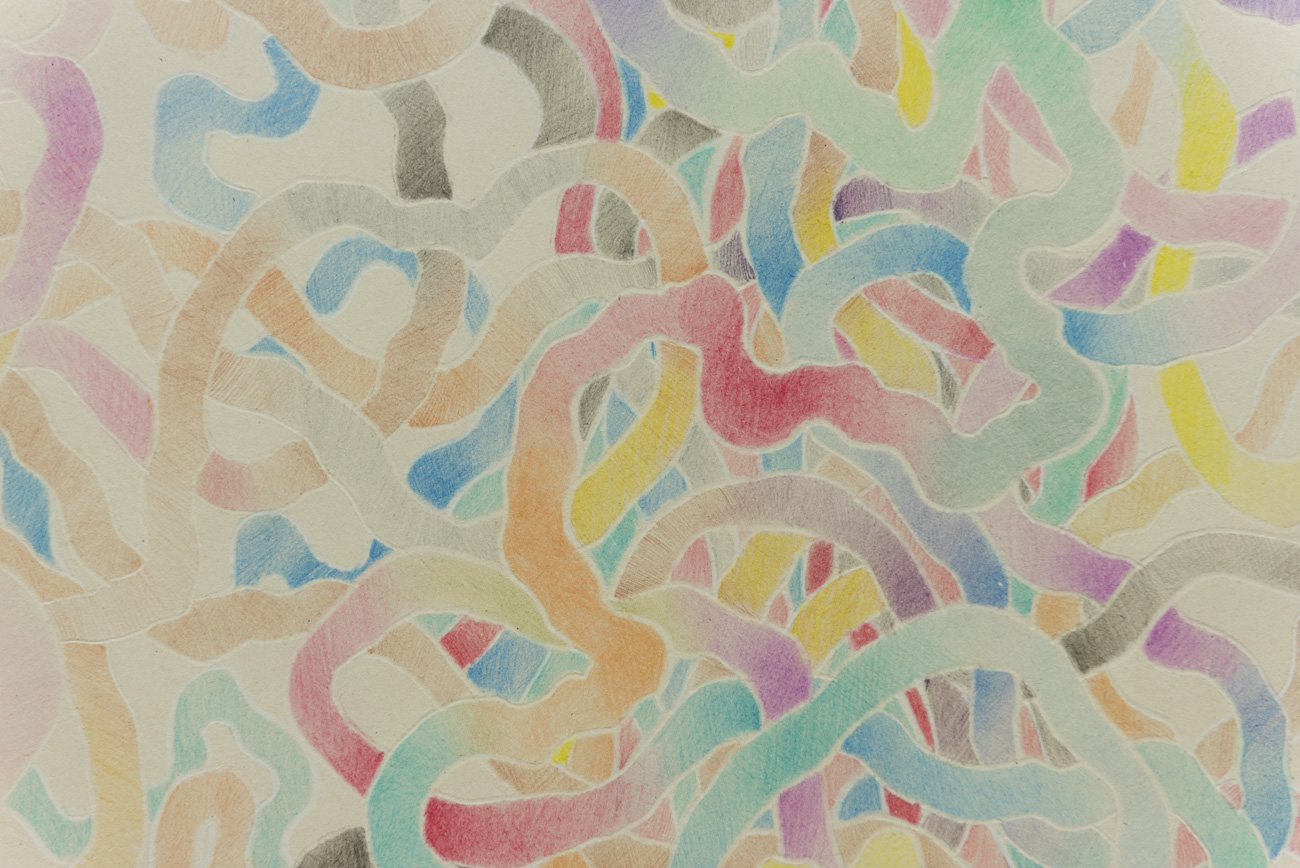 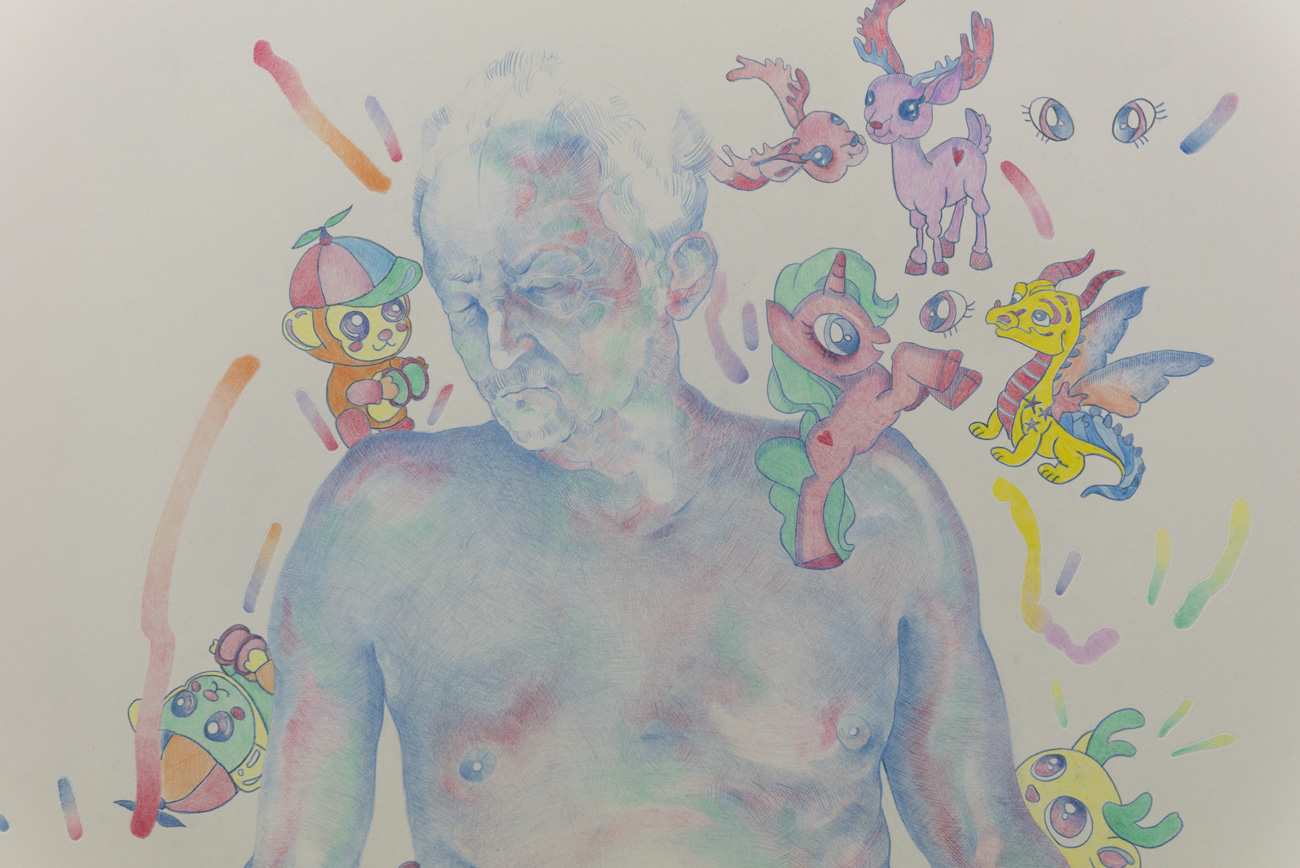 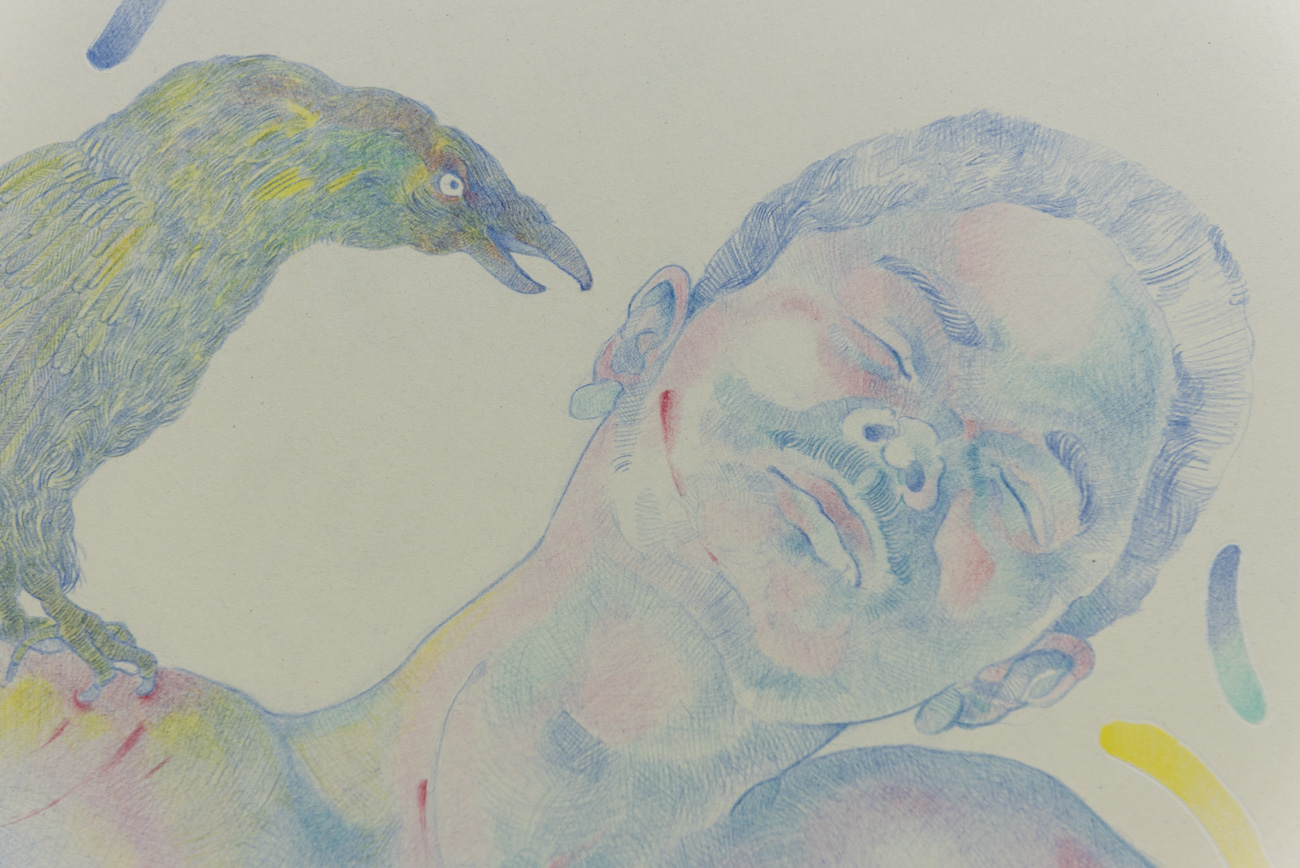 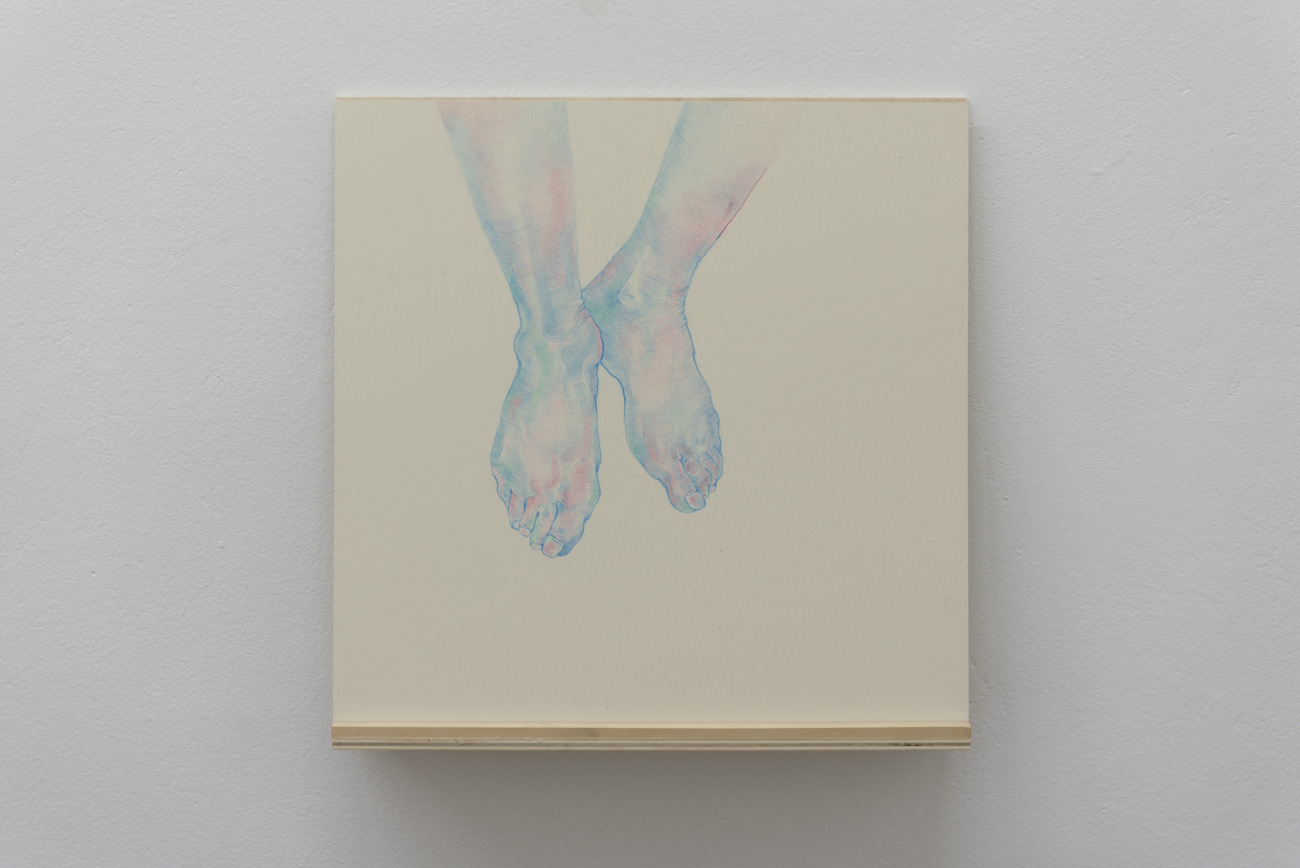 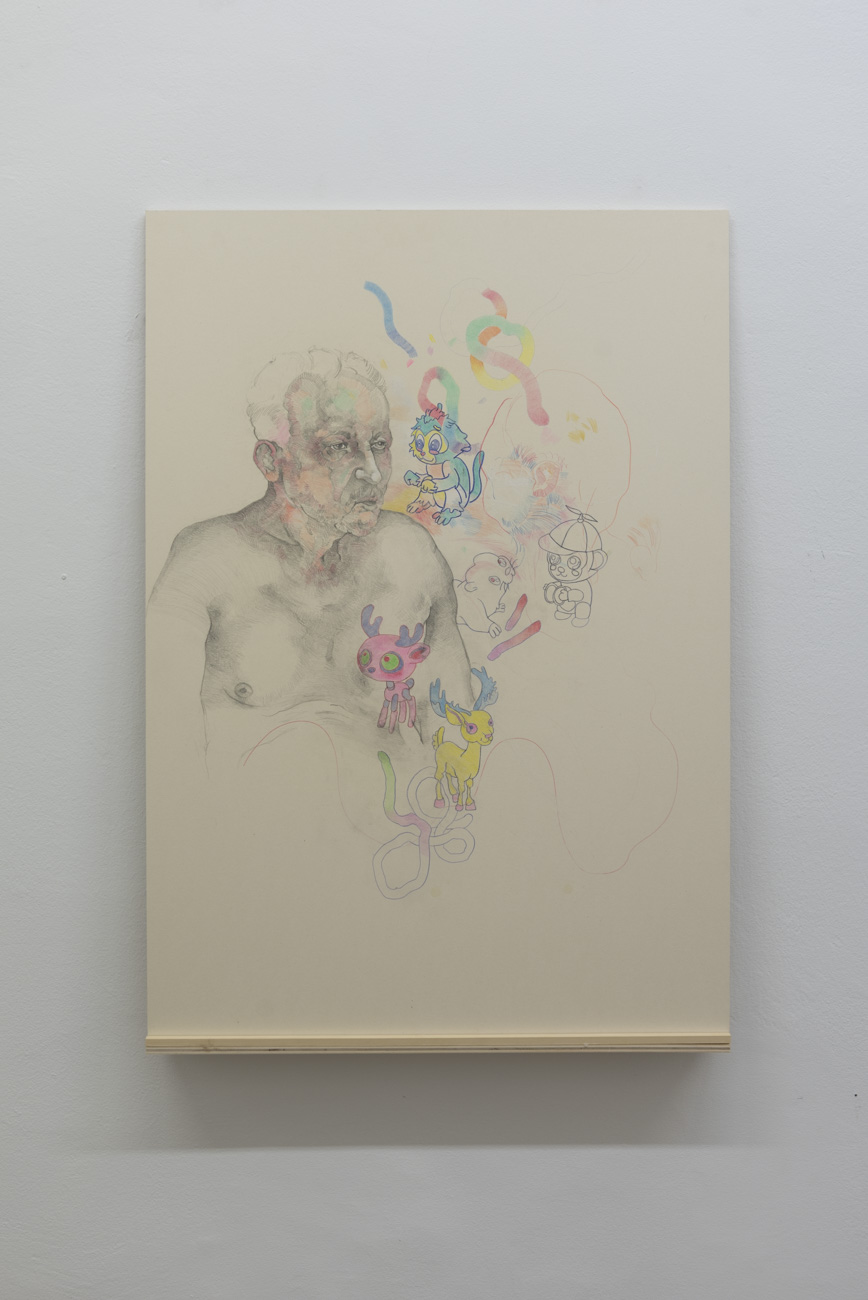 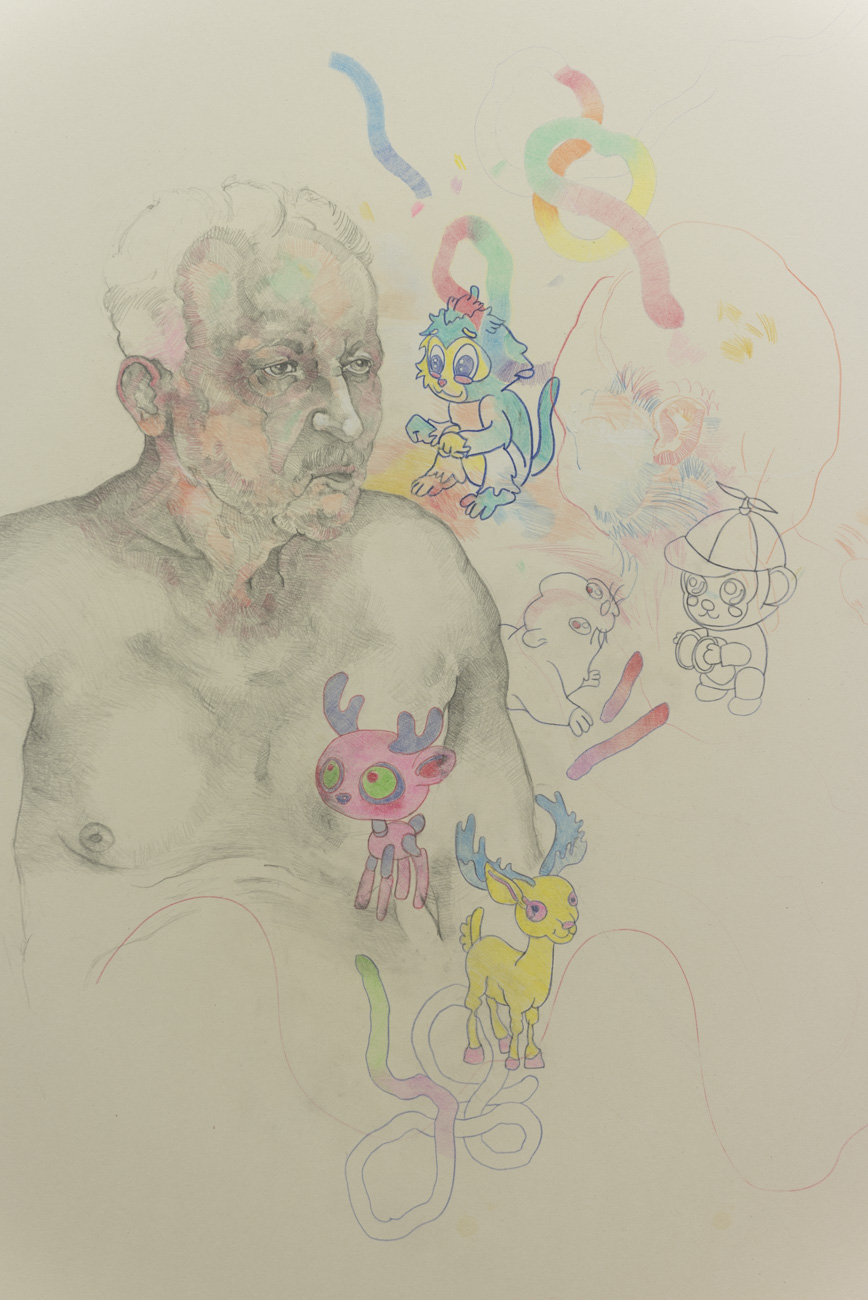 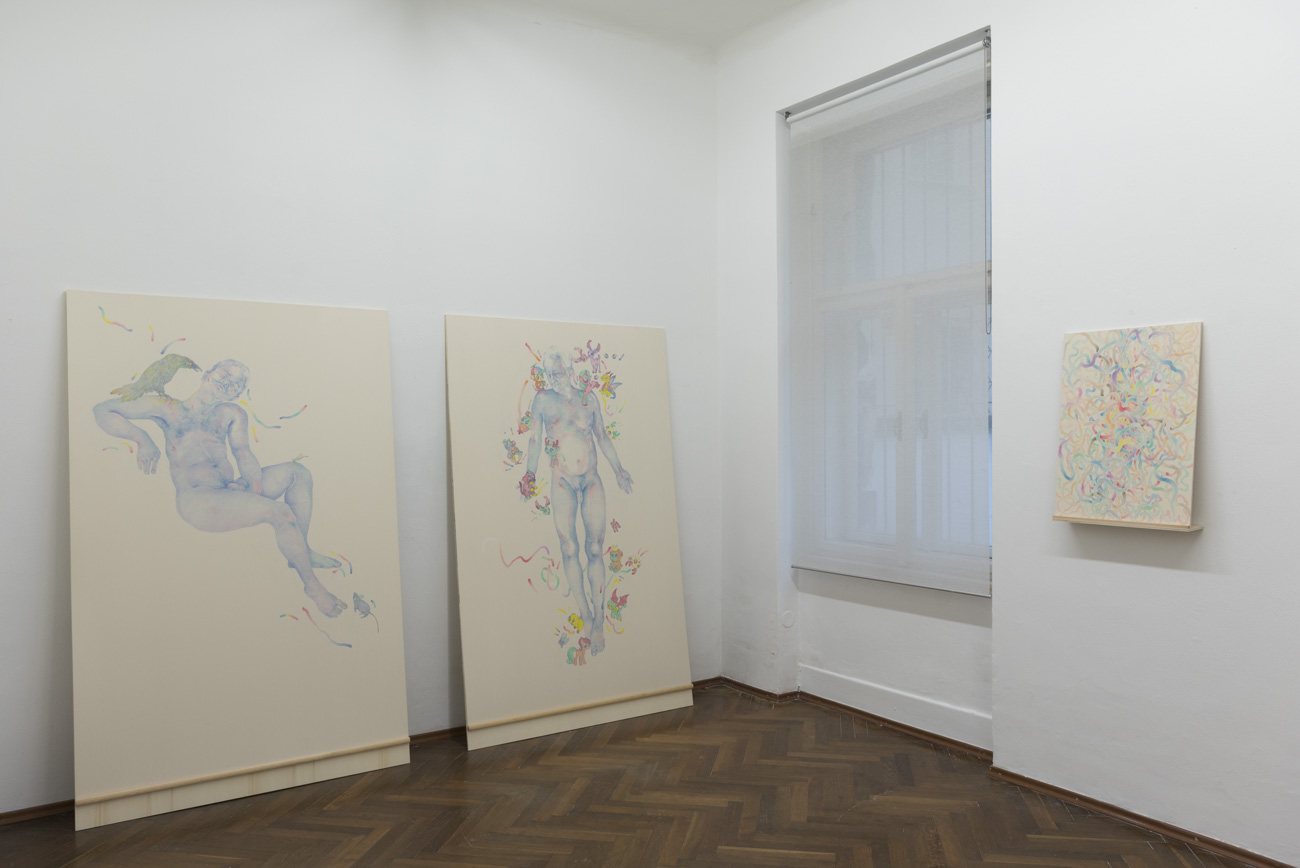