With the support of French Institute

It is the story of something that has left its traces only because certain appearances, in spite of the overlaps, the profusion of images exhibited since, the plethora of discourses and concepts that have been spilled over, cannot bring themselves to disappear. Thus was Daniel Buren's exhibition at the Roztoky Gallery, a few kilometres from Prague, the magical capital of Europe.

The gallery disappeared, or rather it was left for a new space in the centre of Prague, by the woman who had given it its soul and its colouring, Nadine Gandy, and yet the memory of the work carried out during those few days in September 1994 by Daniel Buren remains vivid.
We think we know everything about this work. The columns have hidden the forest and for a Palais-Royal, Buren is often ignored in the complexity of his approach.

One evokes the "systematic" use of the same material, canvas or paper, the same alternating stripes (white and other colours), the same distance between these stripes, the same supports, base walls, staircase steps in short, in Buren everything is the same.
In Prague I lost this illusion. Working in situ in the humidity of this beautiful, somewhat monastic space, Buren seemed strangely singular to me. Always on the breach, not really sitting in his certainties or tranquilized by the confirmed success of his stripes abroad as in France. He came here to learn and be surprised.

In Prague, Buren brought to life a place that lacked life. Joyful, modern, elegant, the stripes "inhabited" the place, the three rooms. Fascinated by this very acute understanding of the architecture of a space and by the economy of the means used, the Czech artists who saw this work understood how deep was the rupture made by Buren since the birth of his work.
Insignificance and stereotyping suddenly took on the appearance of genius. The environment of this Roztoky gallery was transformed from a constraining frame obstacle into a space of absolute freedom.

I remember Buren's work, shown in 1986 at the 42nd Venice International Biennale, which had just been awarded the prize for the best pavilion with its alternating bands of red brick and blue formica. It was a revelation. Prague, because of its format, was more modest, but a confirmation, all the same, the uncovering of the invisible. If art should be called decorative, then long live decorative art.
Buren's "visual" tools made their way along the walls of Roztoky, drawing lines that seemed both discreet and subtle to us. Nothing spectacular, but a simple, precise, delicate demonstration, a fleeting work for Prague, the city of stone. Yesterday I was in Lyon. It wasn't very cheerful, for a lot of reasons. I passed in front of the Place des Terreaux, which is in a way the historical heart of this wise city. I didn't recognise anything of the place, then I remembered, saw, understood that Buren had been there. It was beautiful, the place was transformed, it put me in a great mood. How is that possible?

Buren's work often makes you happy. That's the truth, very simple, very naked. In Prague, or rather in Roztoky, at the invitation of Nadine Gandy, Buren did not deprive us of our pleasure. 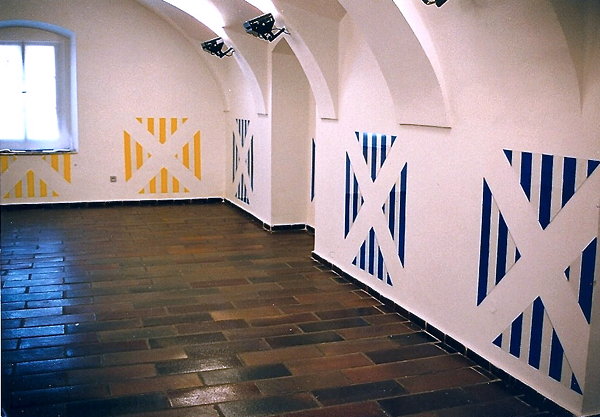 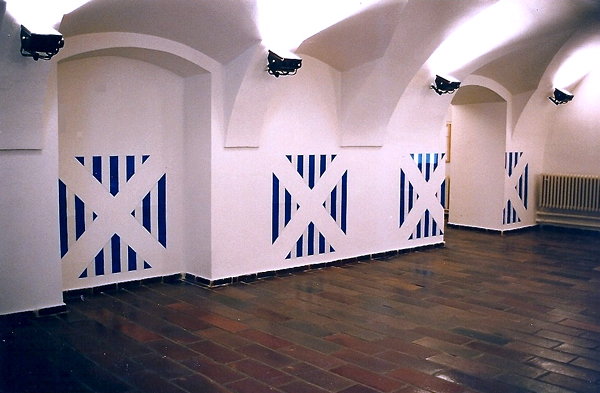 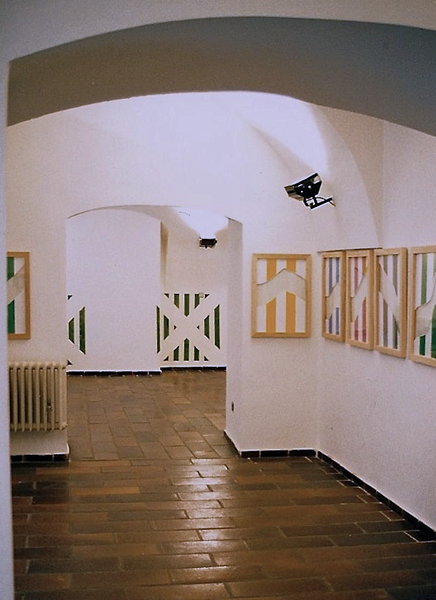 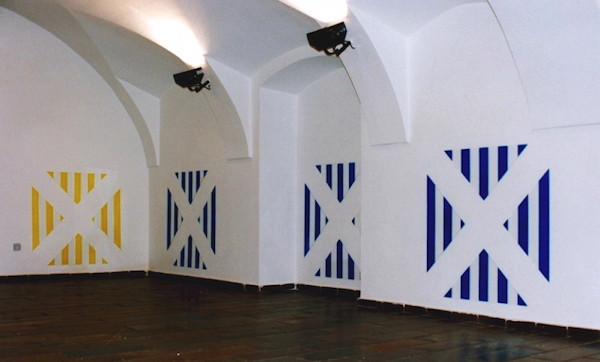 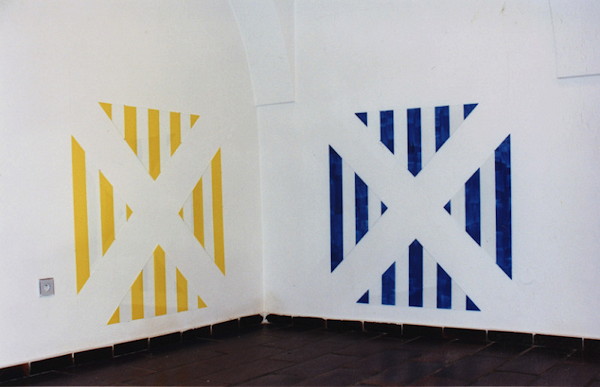 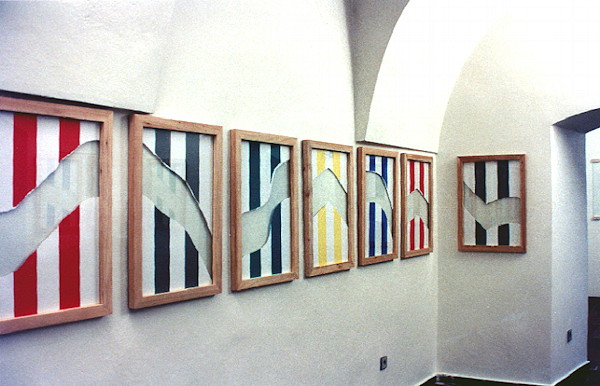 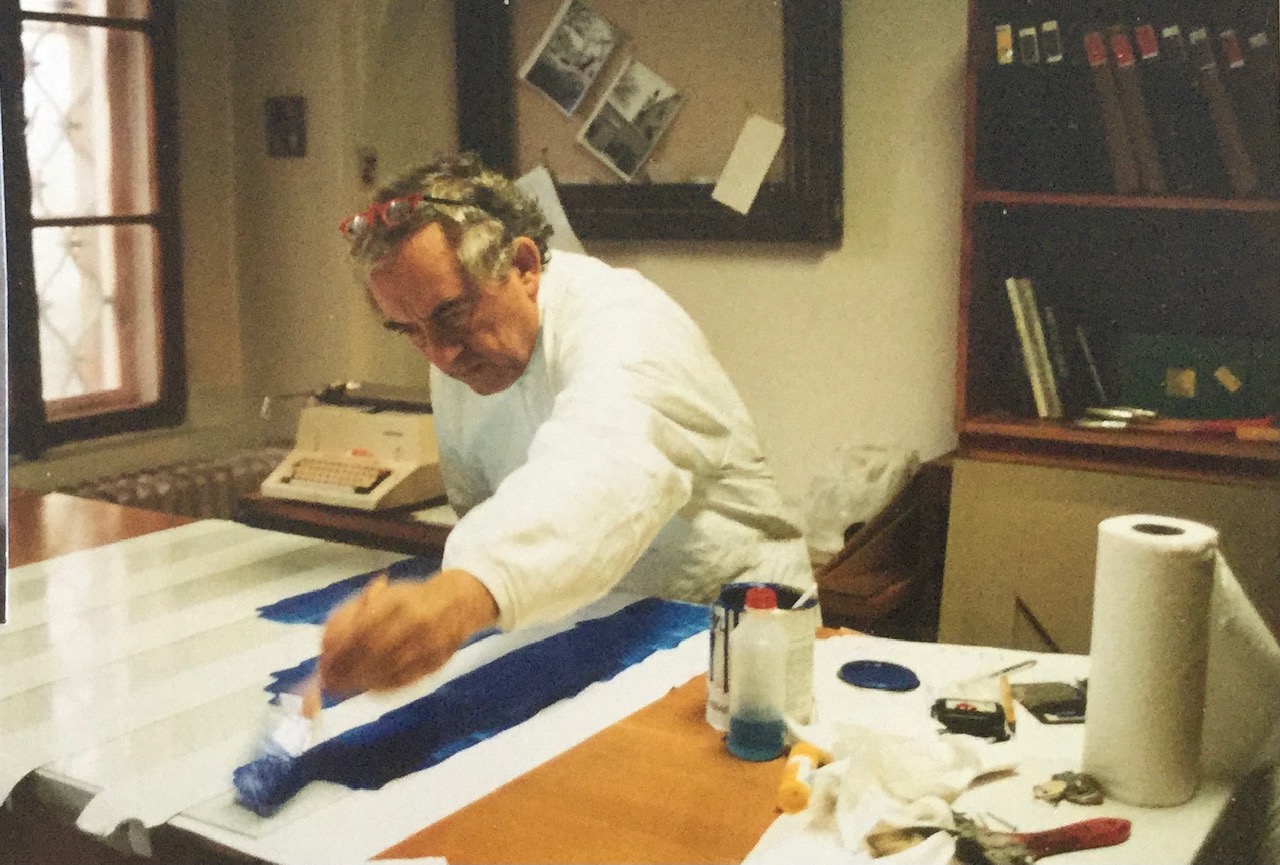 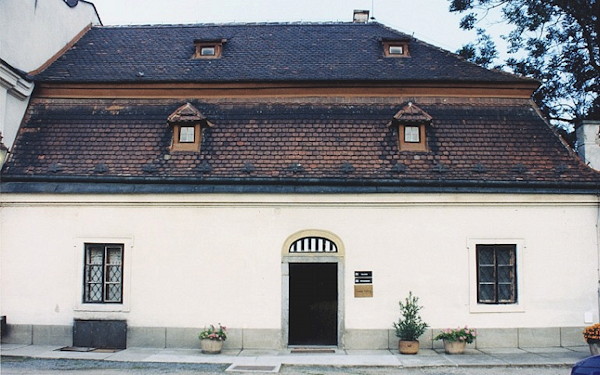