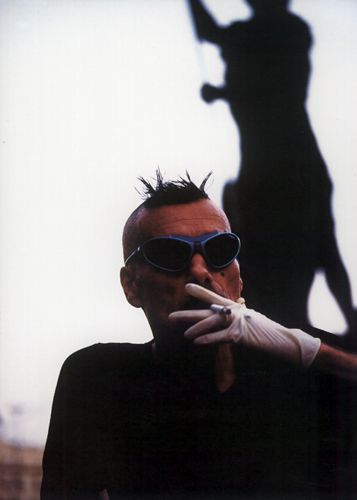 What is essential is not only their intellectual sensitivity reflecting the current mood of these days but also Stratil´s distant skill of always telling his "never-ending" story of an artist in a man and of a men in an artist.

The display in the Gandy Gallery named after the "magic" figure 7 (Stratil´s previous project in the same gallery was also identified by numbers 4+1) brings seven colour photographs.
On these photographs, the artist continues examining his civil-performance presence in front of the camera lens, this time, however, in a calmer and more intimate atmosphere.

Stratil appears in various environments there, at a magic well, in an interior of a forest and a café, behind a wheel of a luxury car, in a boat and in a ruin.
Photographs where weather plays an important role could be perhaps described as "impressionist documents", if only Stratil did not distantly disturb them by his contrasting dresses.

Václav Stratil (born in 1950) has been for two decades now one of the Czech most compelling visual artists. Since the beginning of 1990´s, he's been making series of post-conceptual portrait photographs, on which he plays a self-identification game with a number of big and small changes. 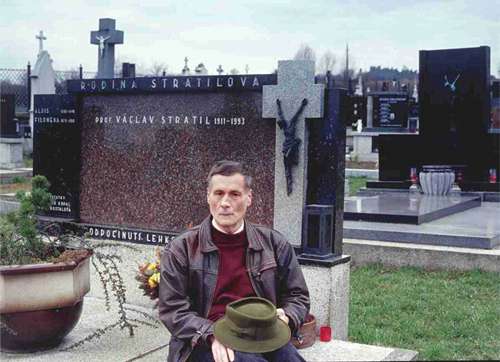 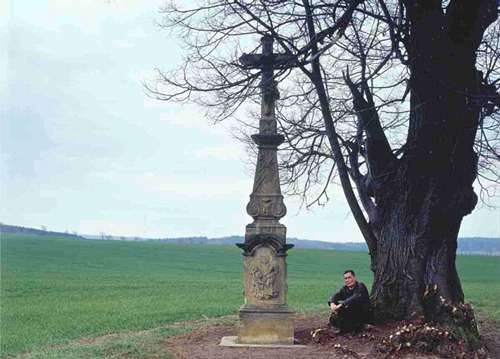 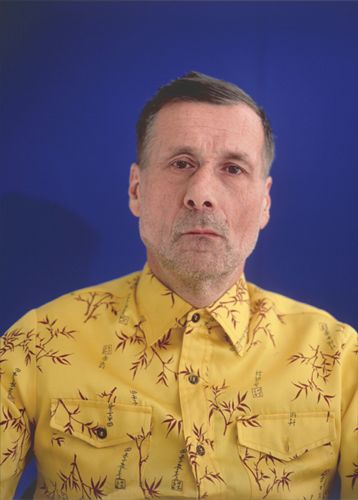 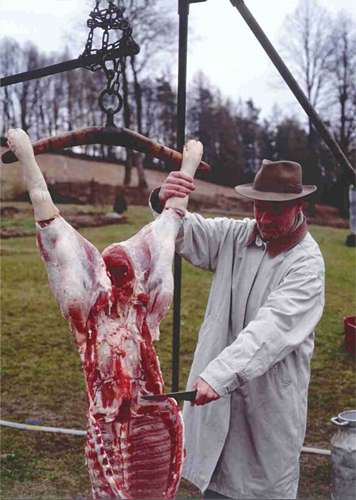 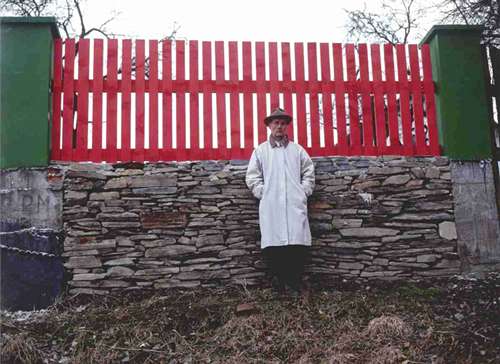 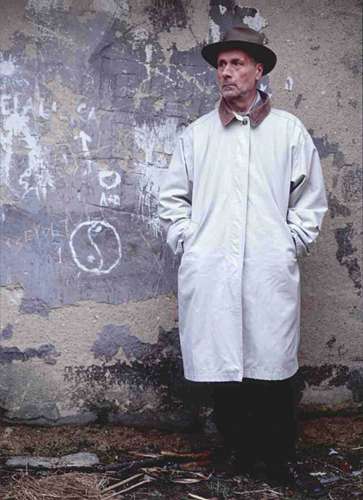