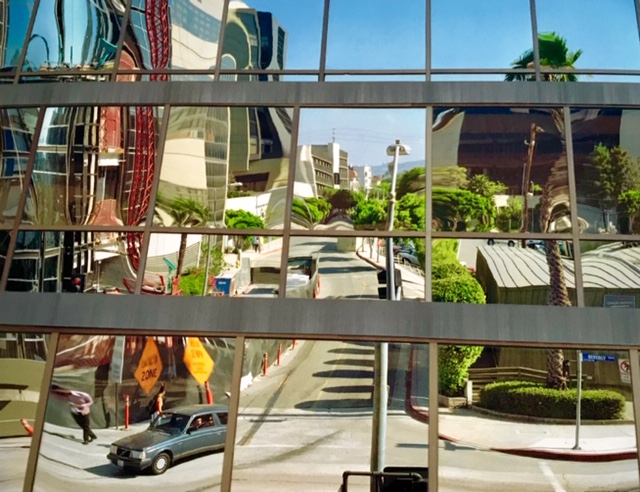 Each photograph of the "Beyond the Vanishing Point" series, contains a number of varying characteristics such as a warped and distorted view of the vanishing point, a reversal of a mirror image in which a text normally read as reversed is transformed into one which is read as it would be in real space, for instance in the lower left corner of each photograph a sign is read left to right "Construction Zone", and finally, different scenes of a fictitious narrative, in which an actress and actor re-enact a meeting on a real Los Angeles street corner. These three anti-characteristics, as they are oppositional, cojoin to challenge notions of the basic rules of photography itself and relegate these images to a history of image making in direct resistance to the generally accepted canon of documentation, formalism and monadic, perspectival, coordinate space.

But this work goes one step further in its desire to decenter the gaze to the peripheral margins. ln each photograph the historical relation which exists between the viewer and the work of art is also re-enacted. For example according to the designation mapped out in Martin Jay's "Scopic Regimes of Modernity" for different kinds of viewer-painting relationships, each photograph here simultaneously connects the beholder to three historically defined denotations of regarding:
1. Cartesian perspectivalism, based on the Albertian window, rendered through the vanishing point of George Burns Boulevard as it recedes through the artifice of a Los Angeles urbanscape.
2. The grid, as it relates to the Northern tradition of the map and its lack of insistence on the boundary of a window frame instead opting for the continuum of the painted surface with the world beyond the frame, is here represented by the crisscrossing steel beams that coddle the fractured mirror reflections.
3. The distorted, unfocused, vertiginous opticality of the Baroque with its rendering of the visual field from multiple viewpoints, here represented in the warped imagistic space reminiscent of an architectural model of Frank Gehry. Post-modernism, specifcally its recent focus on global culture.
Post-colonial discourse and post-racial art, transforms the meanings of these points of view from ones of pure opticality into ones which re-enact cultural differences as a function of a shifting cultural gaze alighting, as it does, upon different culturally determined points of interest resulting in the building of specific culturally derived connections and images which co-exist in a transcendental harmony. 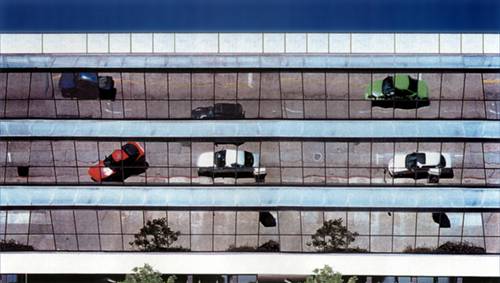 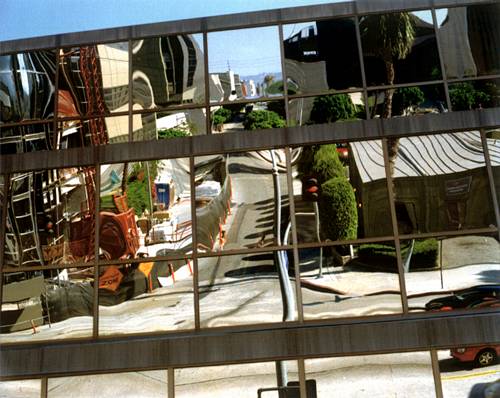 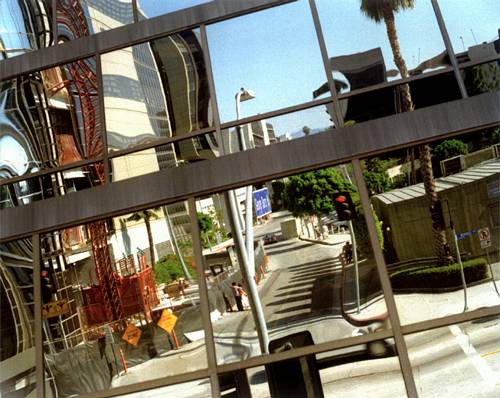 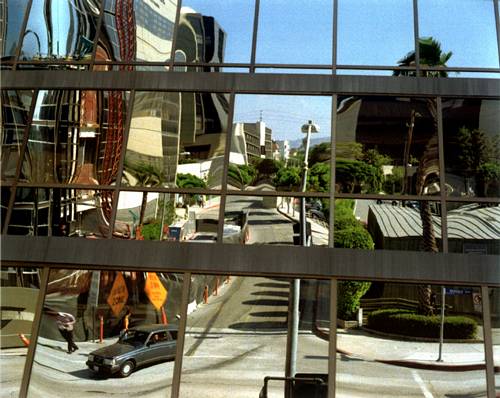 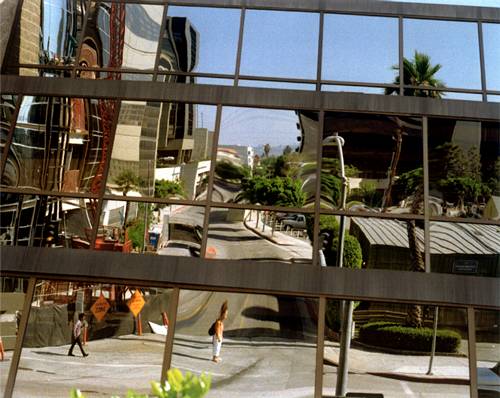