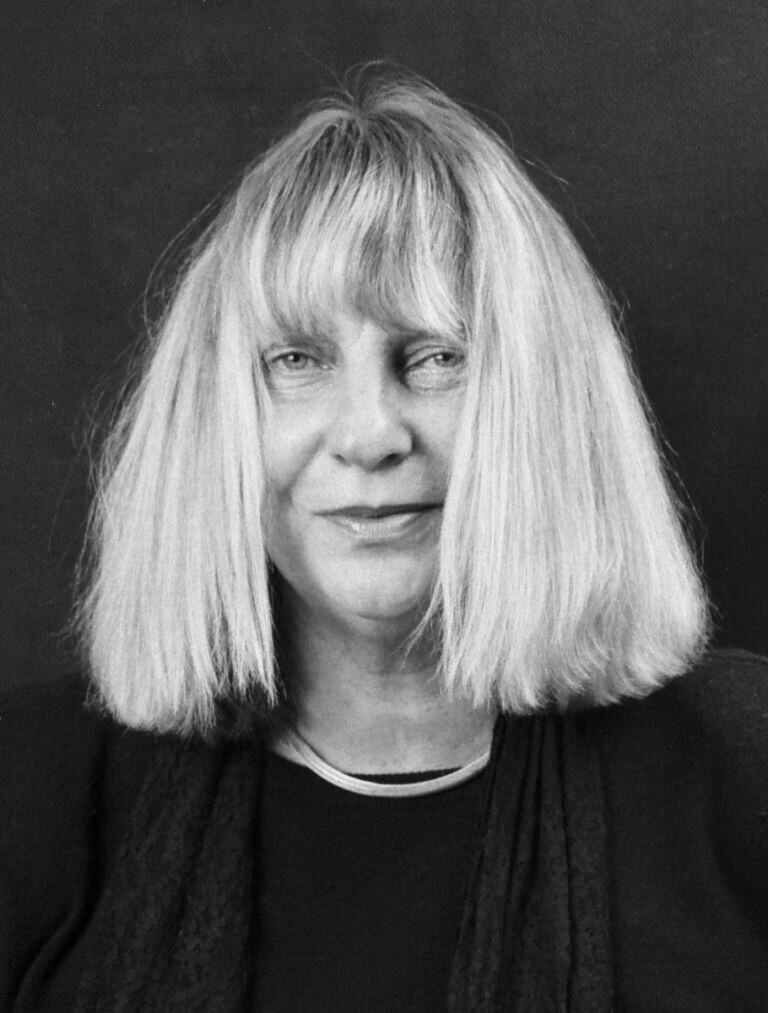 Gandy Gallery is pleased to present the third solo exhibition of JANA ŽELIBSKÁ, one of the most important female artists of Slovak contemporary art. Following the exhibitions The Parts of the Entity in 2014 and the second exhibition in 2017, the upcoming show will present a selection of old and recent objects, silkscreens and paintings including two works made during the confinement.

In her solo exhibition 3x2 DOUBLE for the Gandy gallery, Želibská is presented by several older works together with very recent ones. The graphic sheets and objects from the 2nd half of the 1970s and the beginning of the 1980s contain her radical iconography that she has developed since 1965, and they introduce also new elements derived from the theme of the female body.

The female body ceases to be a celebration of the revolution towards independence and gender equality, but appears as vulnerable, fragile, changing over time, falling in on itself. The objects based on a botanical scientific illustration of the section of a plant's reproductive system provide the male and female viewers with a distorted mirror image of themselves, reflected on a shiny metal surface, partially covered with scratched drawings. The female body is replaced by its fragment (a symbolic vagina). The public performance of the woman as an object is represented by a pair of festive dresses, in which the girls are transformed into young women and at the same time become legitimate objects of admiration and conquest.

Jana Želibská's new paintings and objects often respond to contemporary political events from a female perspective. They often attract attention due to the deliberate absurdity of their associations, which, however, do not lack extraordinary humor and insight. The urgent patterning of current events, however, is projected onto the surface of paintings and objects, marked by found motifs. The number 19 appears, the motif of the tree, the fissure both as a wound and as a vagina, providing pleasure and the giver of new life. The artist reacted spontaneously to the pandemic of Covid-19, a test of relations within society. In her works, we find ideas of disrupted intimacy as well as a reflection of the melancholic atmosphere we have lived through. Naturally, she commented on the current geopolitical situation because the invasion of Russian troops by people of her generation is strikingly reminiscent of one of the worst events of their lives - the invasion of Czechoslovakia by the Soviet army in August 1968. Želibská created a ritual object, which loosely continued her earlier installations and actions with stones. With it, she sends a message to Ukraine (and to all of us) - be firm, strong, unbreakable.

Jana Želibská (1941, Olomouc) grew up in Prague and moved to Bratislava at the age of 13. She graduated from the graphic art department at the Academy of Fine Arts and Design in Bratislava in 1965. After experimenting with graphic art and painting, she began exploring the new low-cost media. Rather than producing “art” she wanted to celebrate an emancipated open-minded woman using the visual language derived from the aesthetics of the street, mass media and everyday life, while criticizing the patriarchal society at the same time.

Želibská ́s first solo show titled Possibility of Discovery (1967) in the Cyprián Majerník Gallery in Bratislava drew on an erotic labyrinth of desire, where fragmentary anthropometric objects covered in paint like make-up created a huge cryptic self-portrait in the space. The environment of her body invited visitors to immerse themselves and take an active part by looking under the curtains and in the mirrors covering the vagina-shapes. For this work she was awarded a state scholarship forher stay in Paris in 1968. Works Toilette I-II (1966),Venus (1967) and Object I (1967) were included in the International Pop exhibition in the Walker Art Center in Minneapolis in 2015. Her work Triptych (1969) was shown in the Ludwig Goes Pop + The East Side Story exhibition in 2015-2016 in the Ludwig Museum Budapest, which focused on East and Central European Pop artists of the time. In 1969 she created Kandarya Mahadeva, a hippie proto-feminist temple of erotic love for her solo show in the Václav Špála Gallery in Prague, which, together with objects from the Possibility of Discovery, was included in The World Goes Popexhibition by Tate Modern in 2015-2016. Elements Again with mirrored ovals and rhomboids she reflected back to spectators their inquisitive gaze into the intimate parts of an eroticized female bodies as apsaras, Hindu heavenly dancers.

In the 1970s and ’80s, when for political reasons she could not exhibit in Communist Czechoslovakia, Želibská found creative ground in land art, actions and video art. Her happenings Betrothal of Spring (1970) and Small Fashion Show(1980), with participation of many other artists such as Milan Adamčiak (1946-2017), Alex Mlynárčik (born in 1943) and Miloš Urbásek (1932-1988), Ľuba Velecká (born in 1941), became legendary. In 1973 Želibská created the installation The Taste of Paradise for the Biennale des jeunes créateurs in Paris in the style of the urban folklore of Nouveau Réalisme. She used all kinds of artificial materials (tree, grass, sky) and a radio sound. As a woman she played with the meaning of the mythological tree and the apple of temptation as the heavenly fruit which in Jewish-Christian tradition symbolises temptation, sinful desire, forbidden knowledge and original sin. In 1970s and 1980s she was searching for sexual iconographic motifs from her environment in found natural objects, for example in The Piece of Land (1974). By using photography and a video camera for her graphic sheets, events, objects and (video) installations in the 1980s Želibská demonstrated her close relation to classical and alternative music and theatre. Her experimentations of the late 1980s with photography and video art explore intimacy and overlap several levels of reality and time simultaneously, with intended imperfections, disturbing elements and deformations. Her eye detects hollows, spirals, crinkles, cracks, fractures and correlated constellations of contrasting qualities in material and form. Her installations frequently respect the symmetrical order of the human (in particular the female) body (Dialogue, 1993; Concert for Cymbals and Breasts, 1994). All Želibská’s work since 2000 has considered the human desire for deeply investigating the riddles of life.

In her installations, such as Time Flies... Save Time (2016), inspired by the rapidly changing world in times of climate change, massive migration and the globalization. In the composition of nostalgic, macabre and kitschy motifs, in both what is seen and heard, she employed her sense for theatrical absurdity and paradox.
For her solo show in the Czechoslovak Pavilion at the 57th Venice Biennale in 2017, Želibská created a post-apocalyptic installation Swan Song Now, dominated by a projection of the sea, filmed in Venice. An array of luminous swans rest on islets, representing the implacable human yearning for constancy in a world driven by perpetual change, bringing in its wake unavoidable losses as we traverse the breach between past and present. The double video image of the pubescent girl holding a loud police siren as lightbringer, the installation of socially distanced quietly dying old swans, accompanied with the music by Matej Gyárfáš (three years before the Coronavirus pandemic) also suggest the unstoppable loneliness of human beings and the slow dying of the world as we have known it. 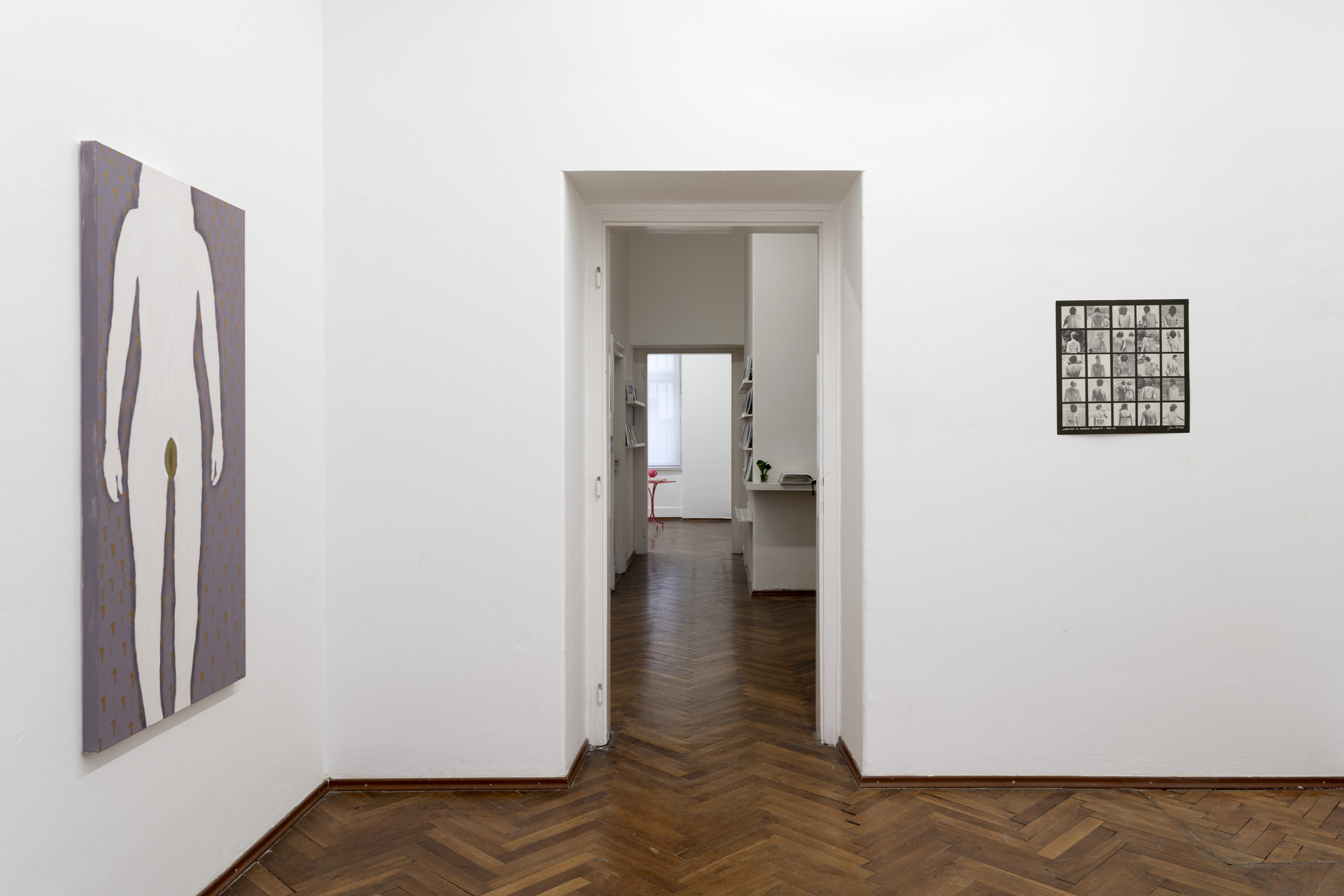 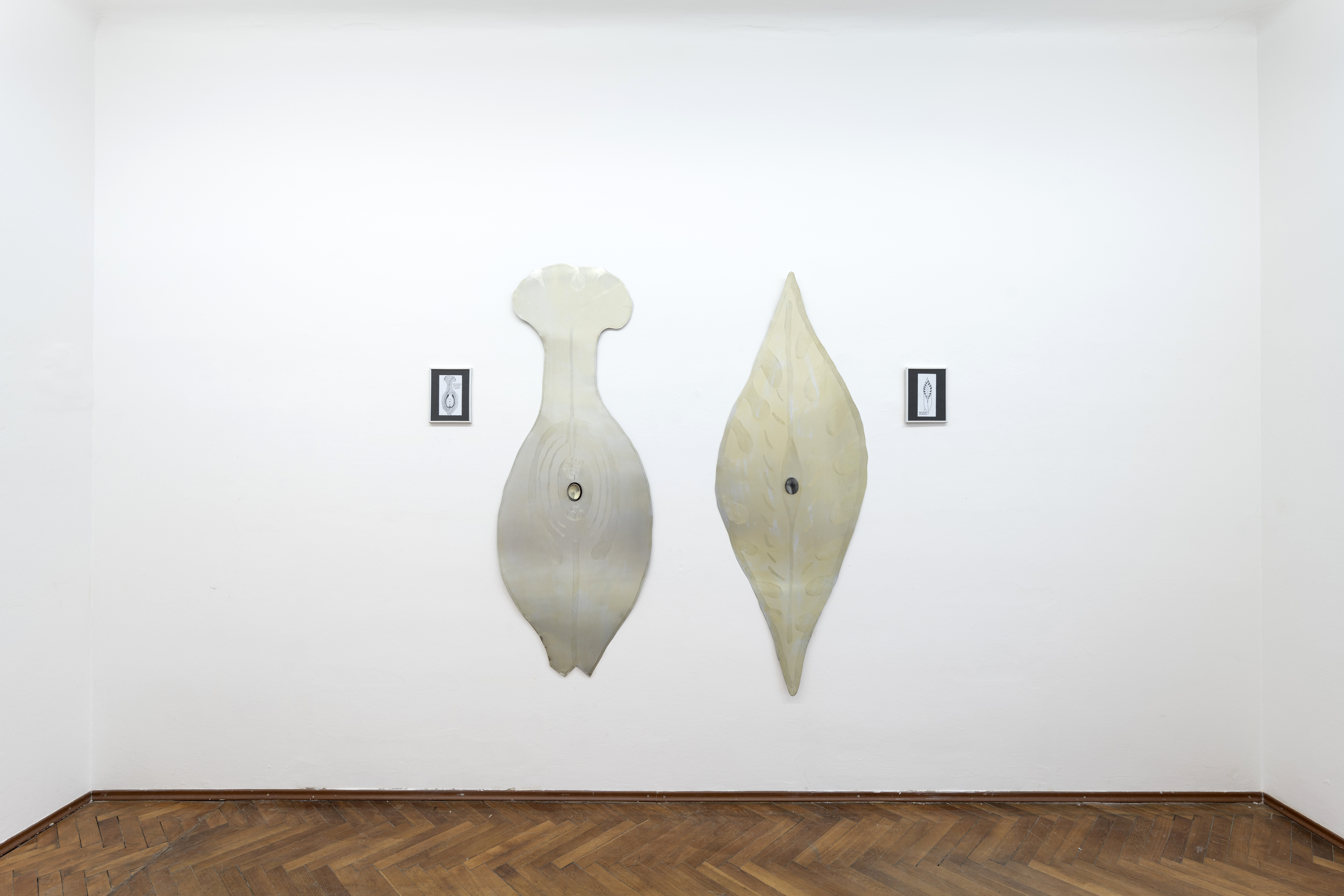 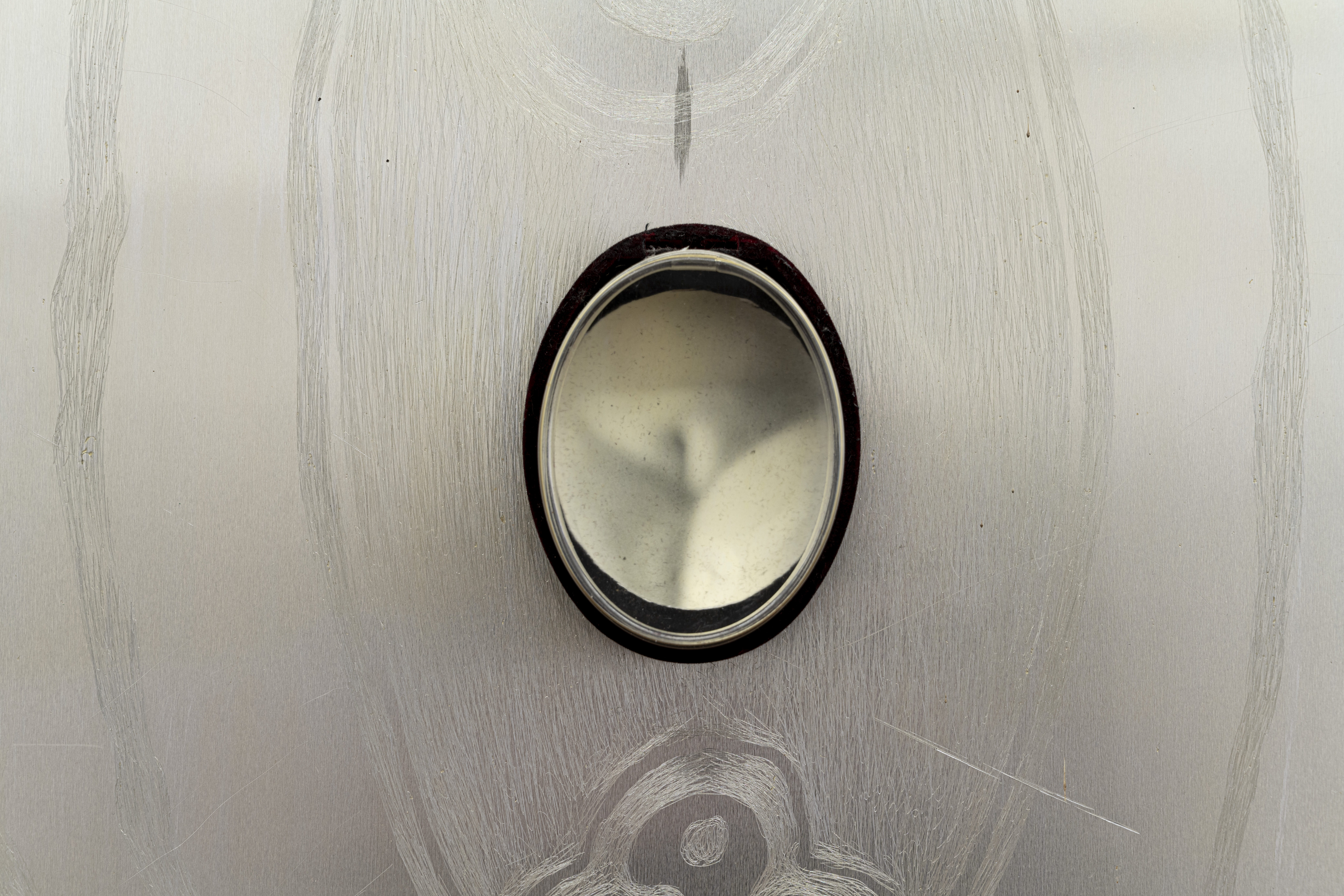 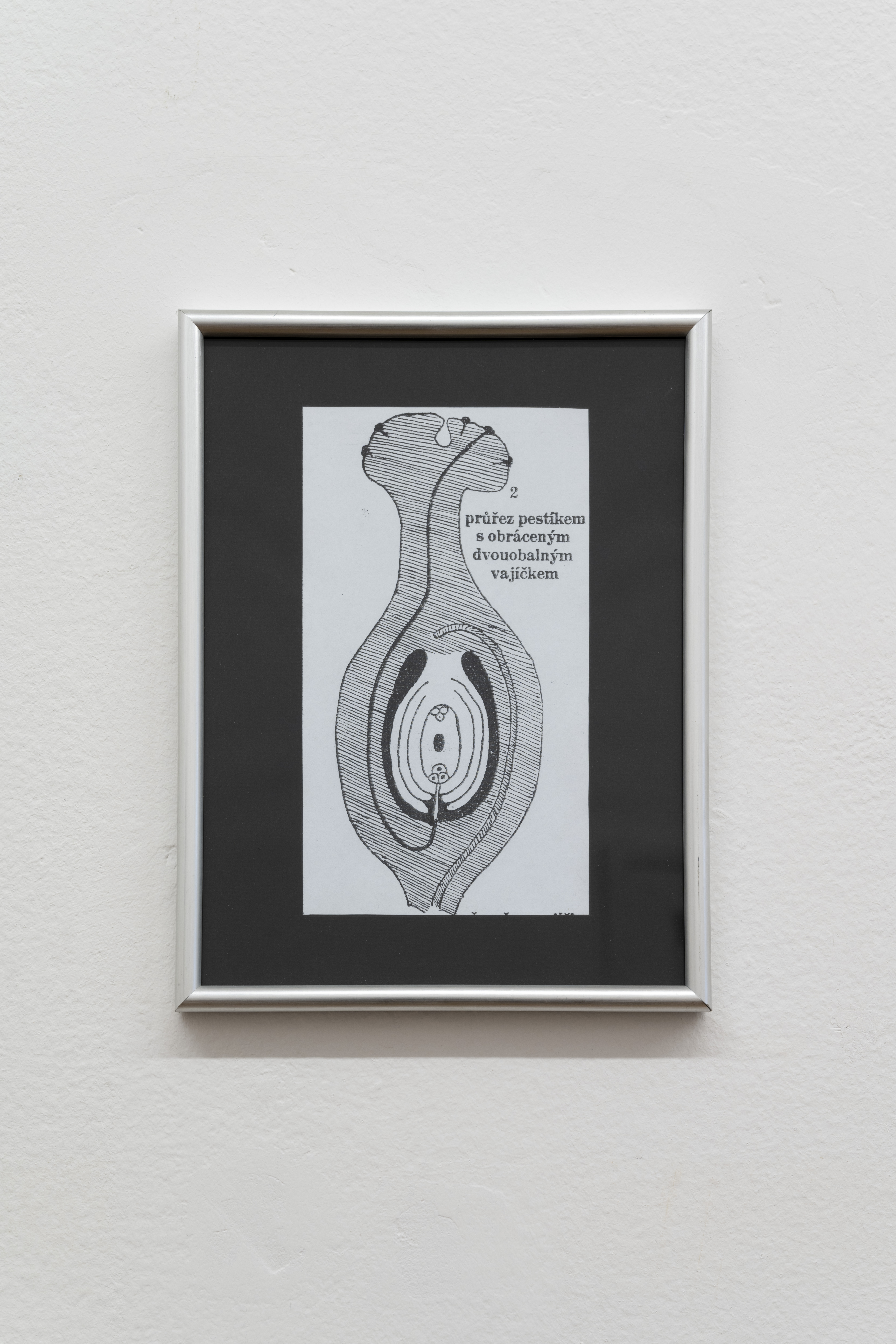 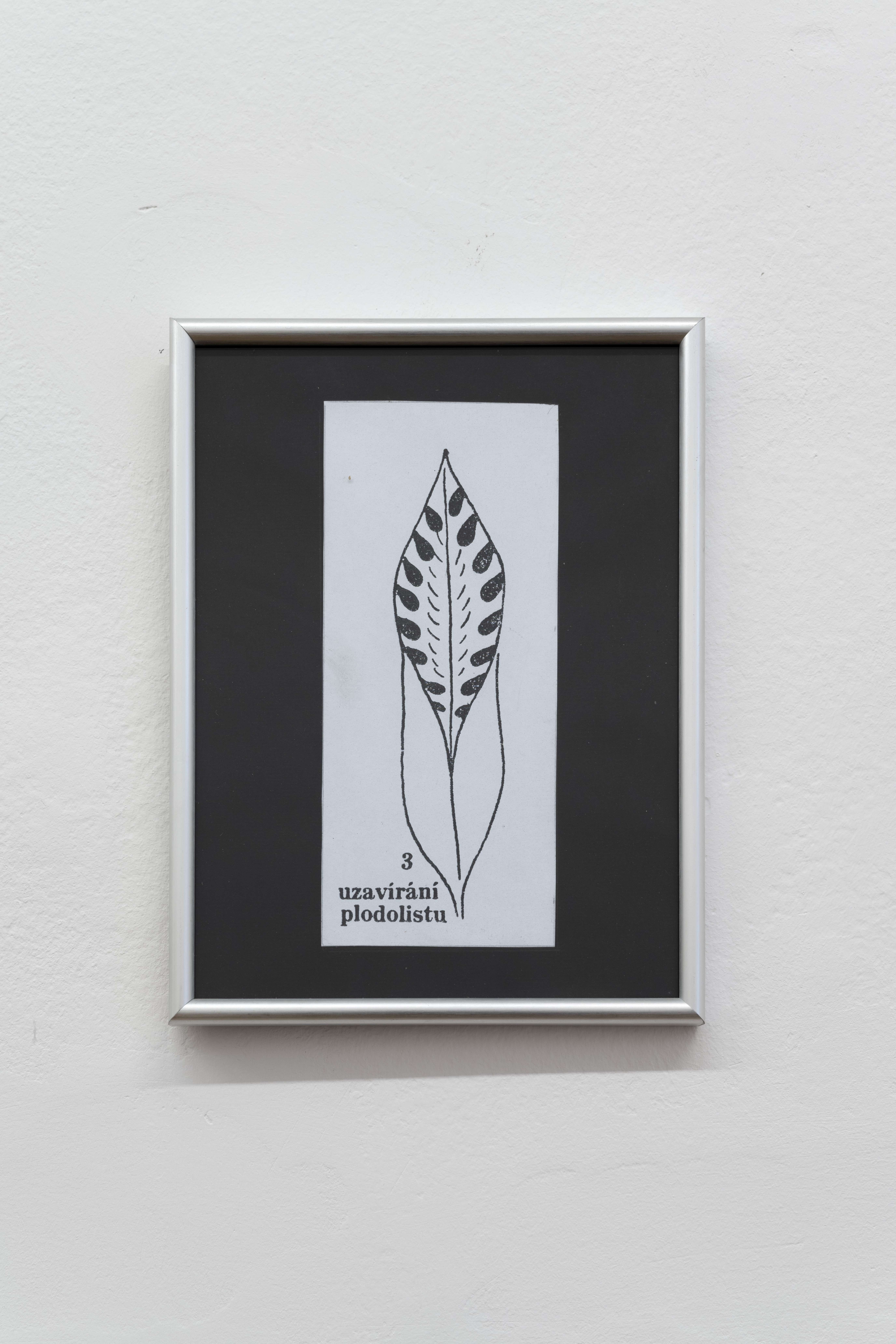 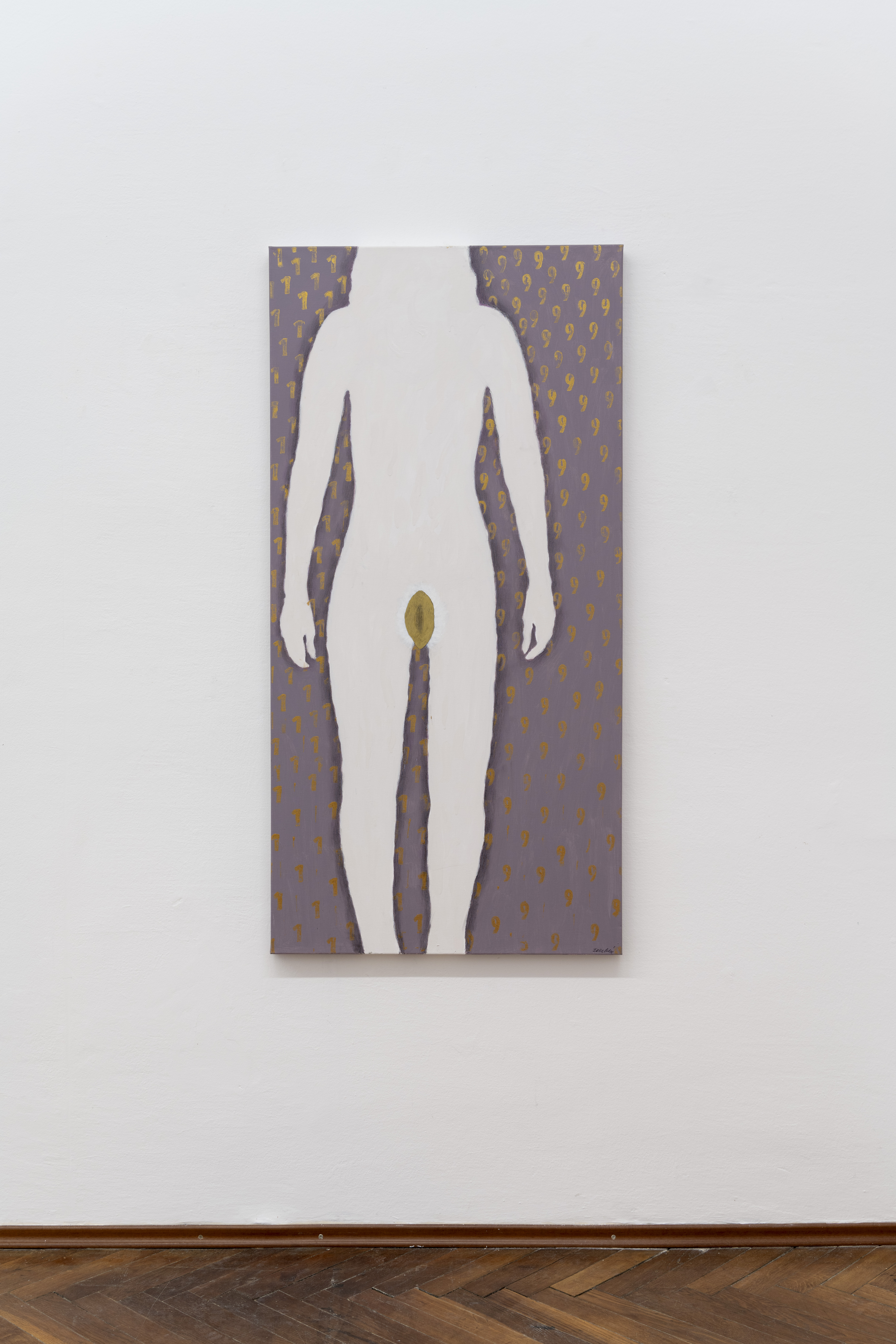 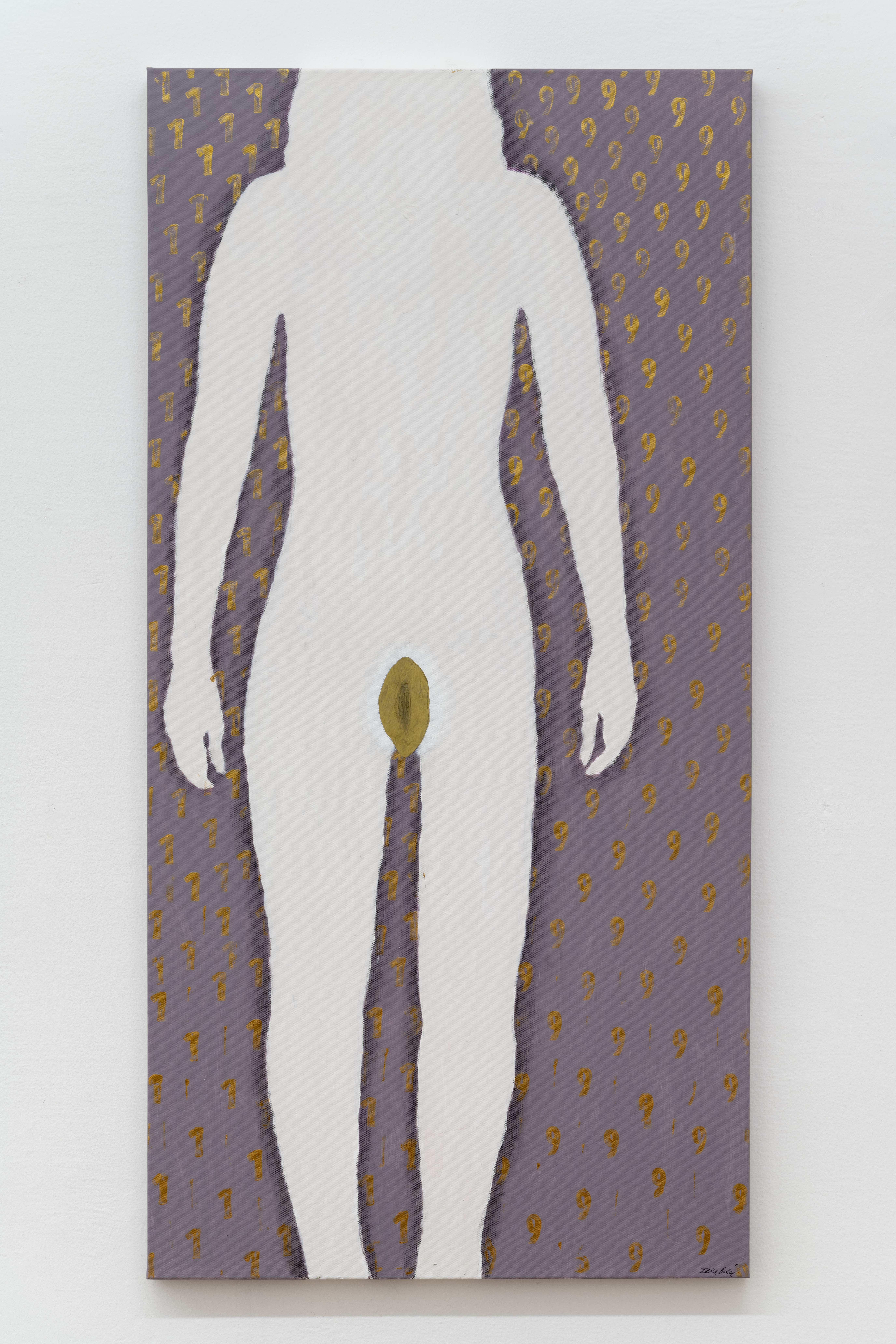 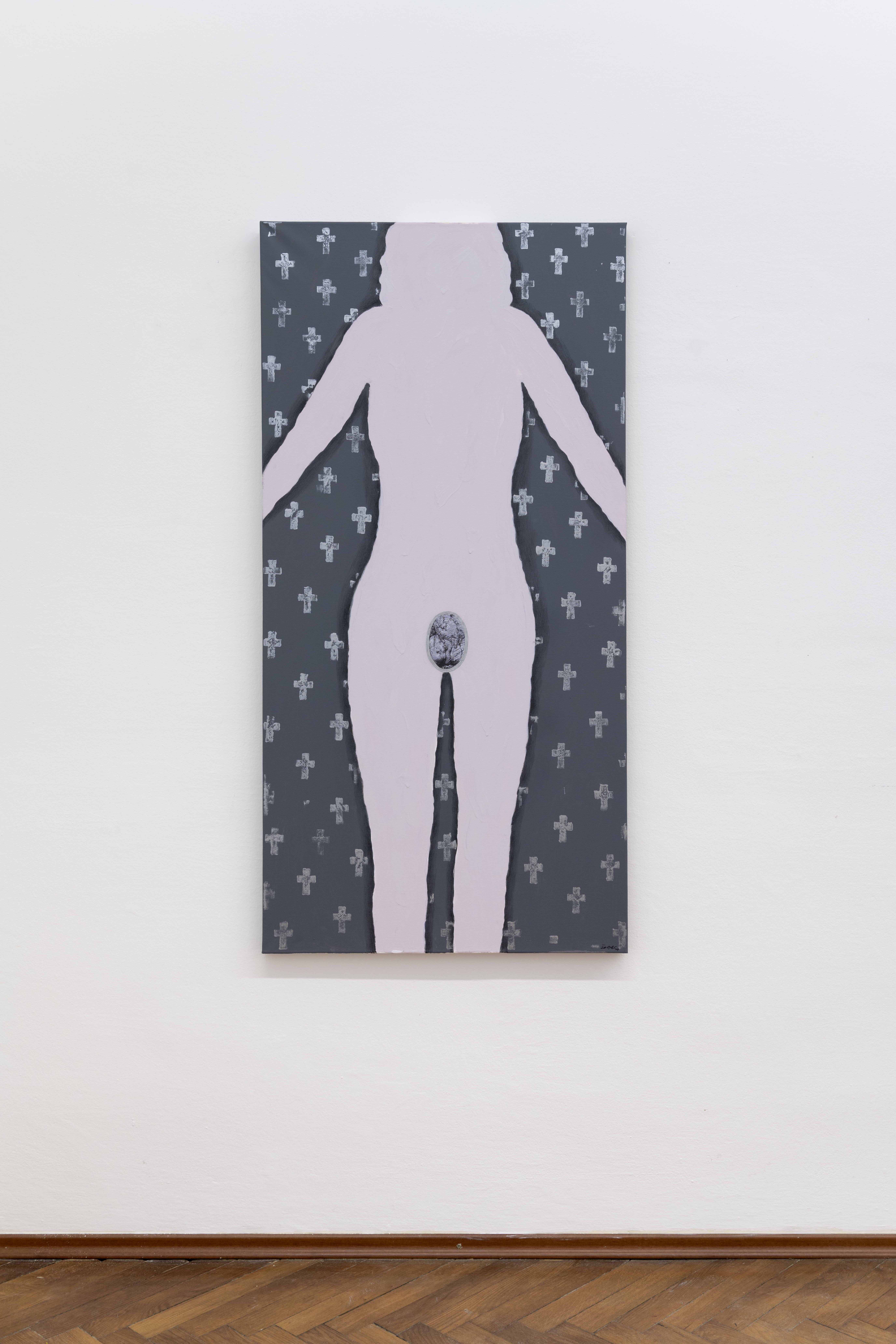 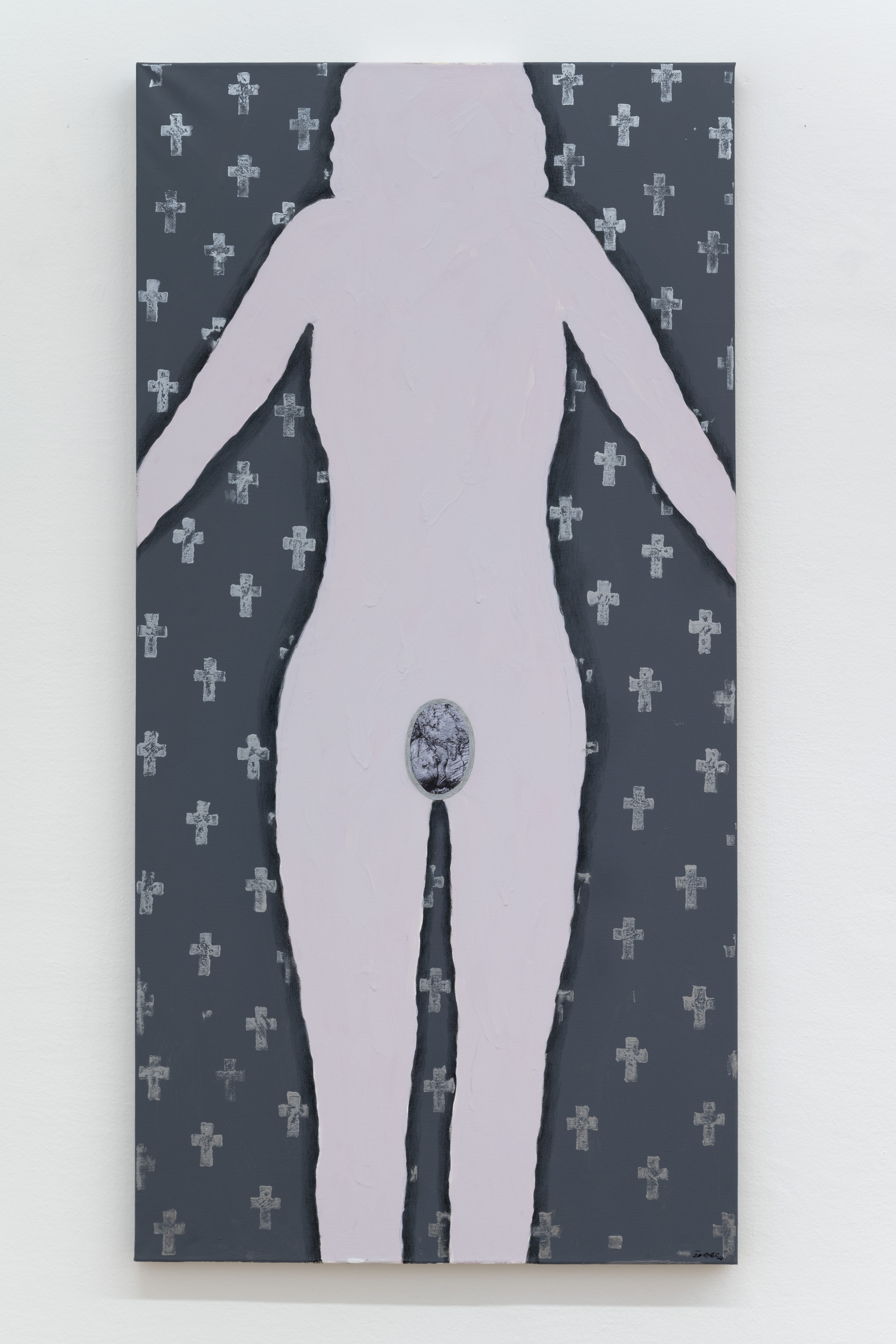 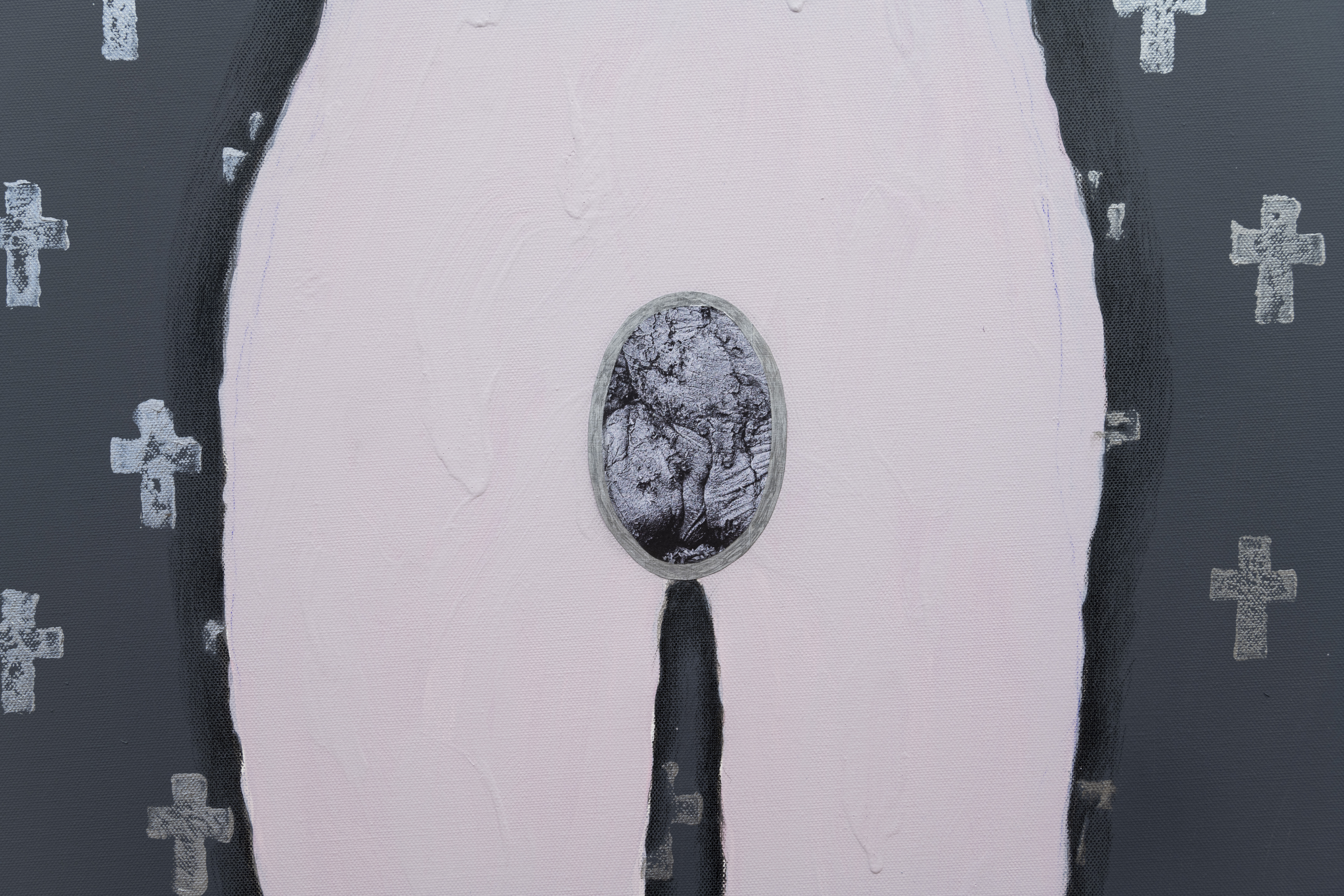 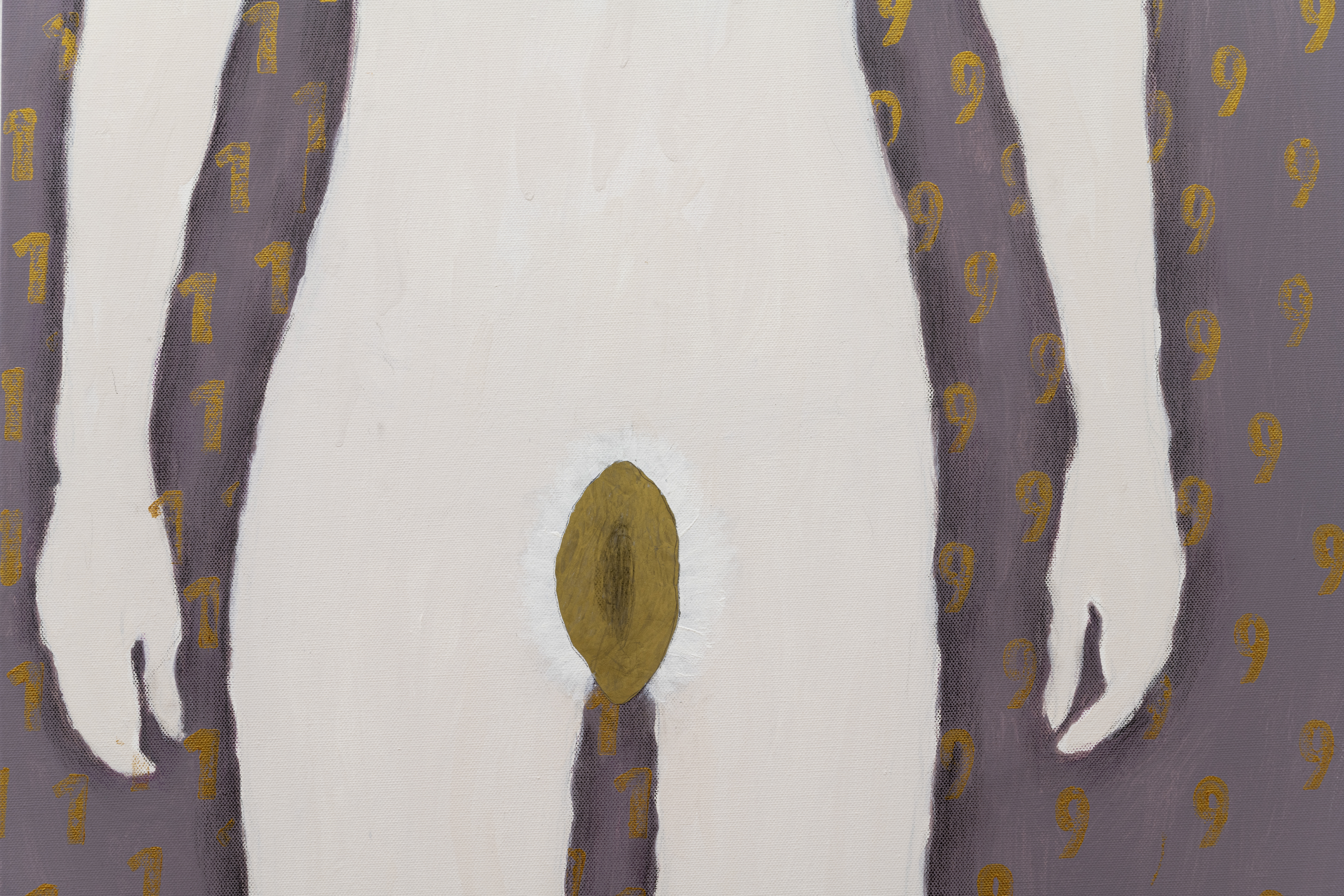 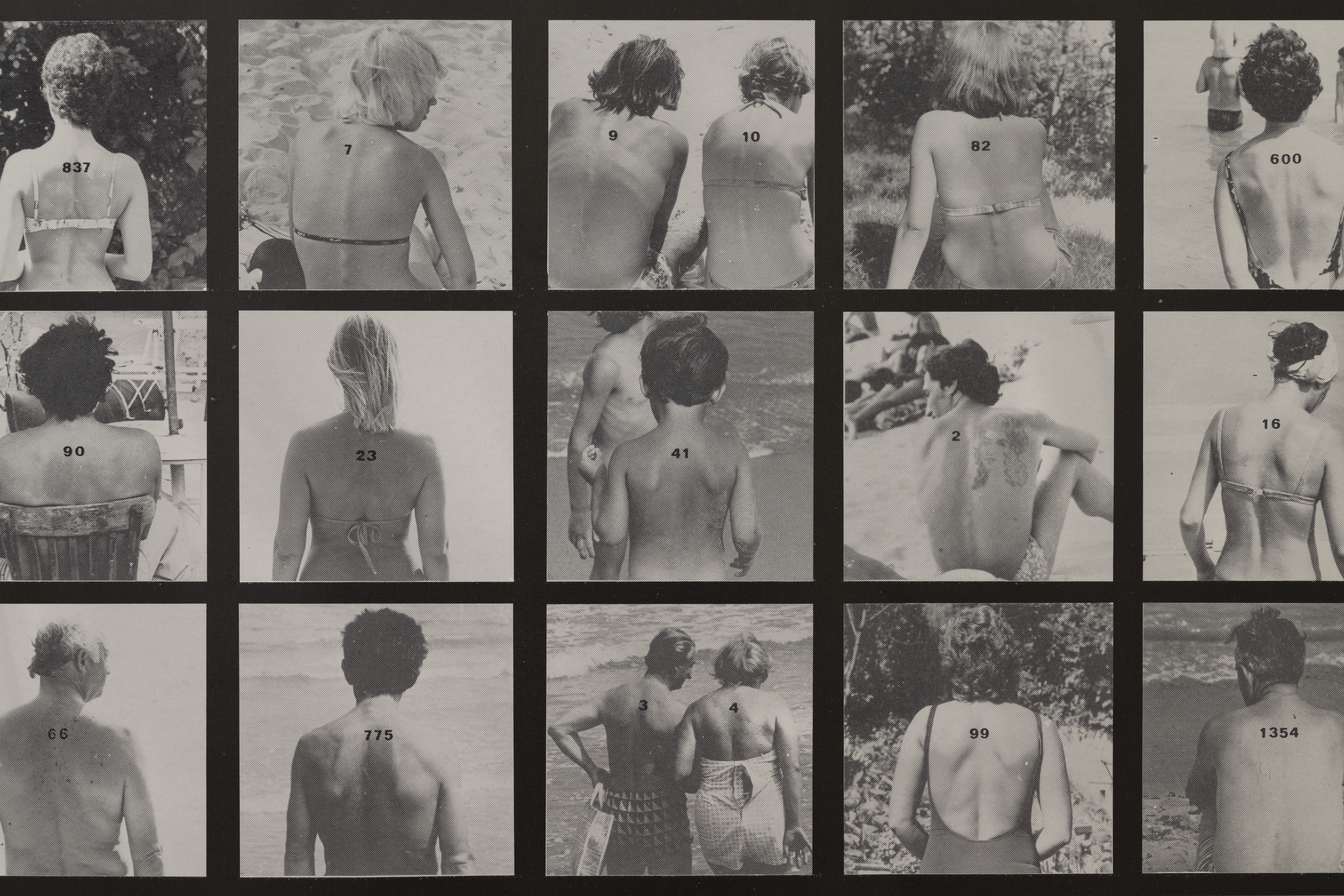 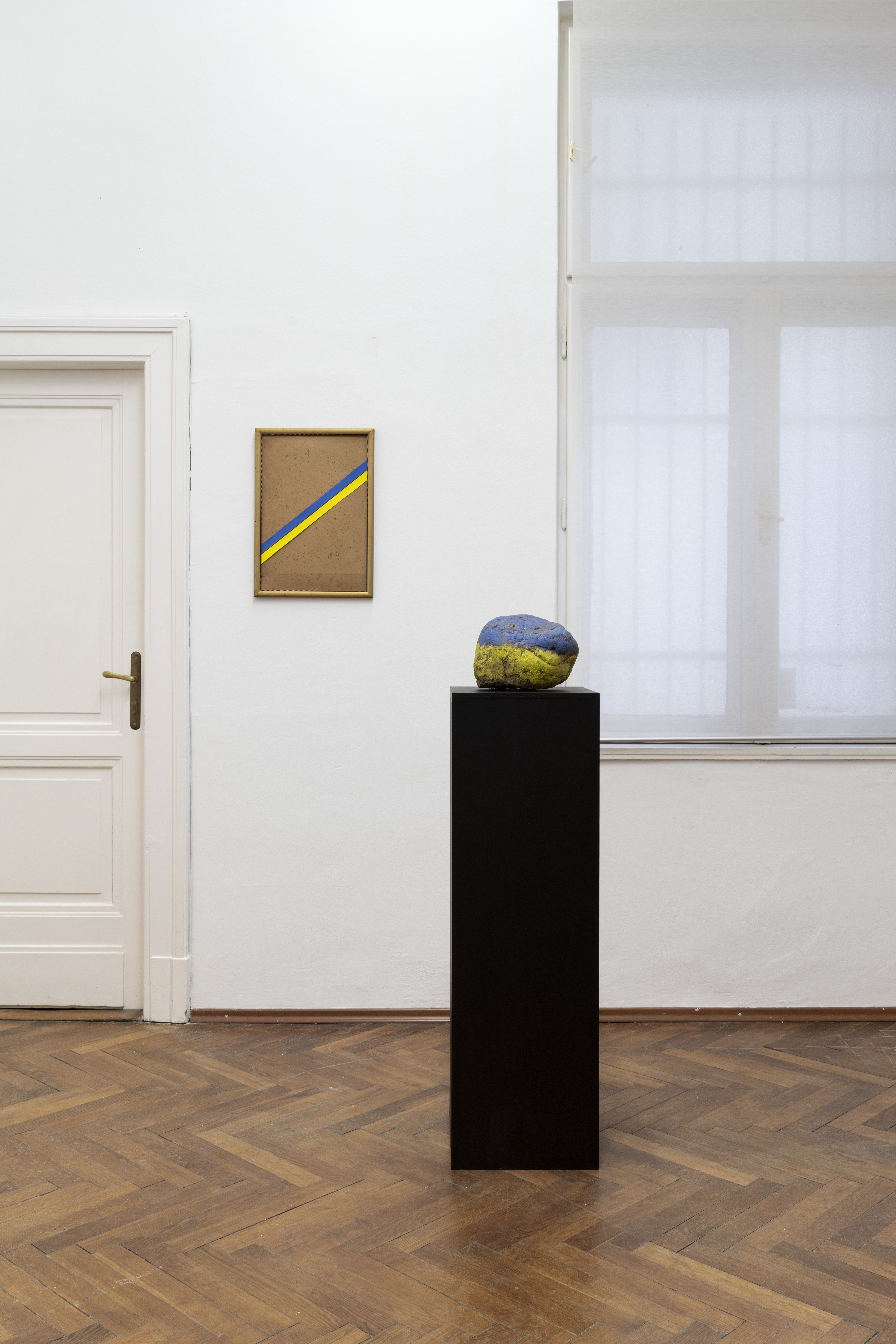 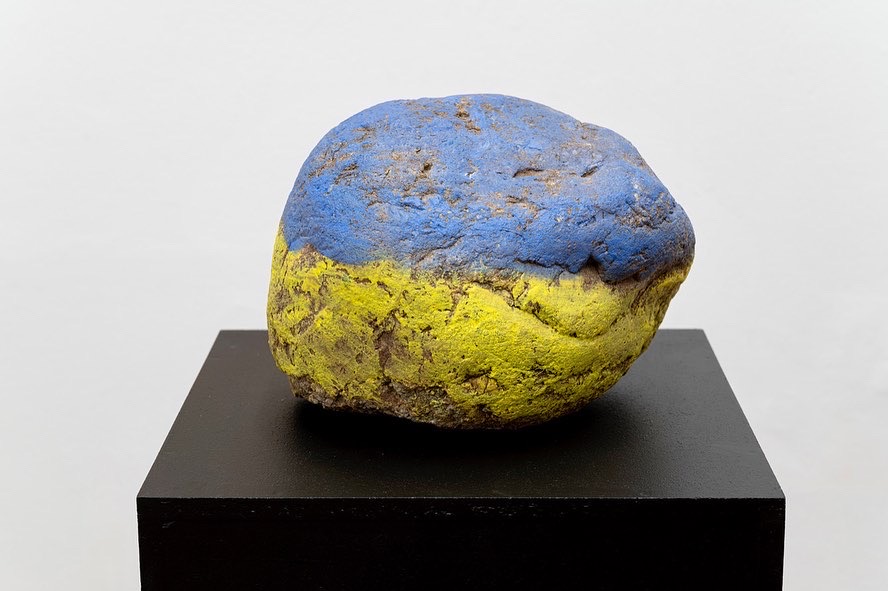 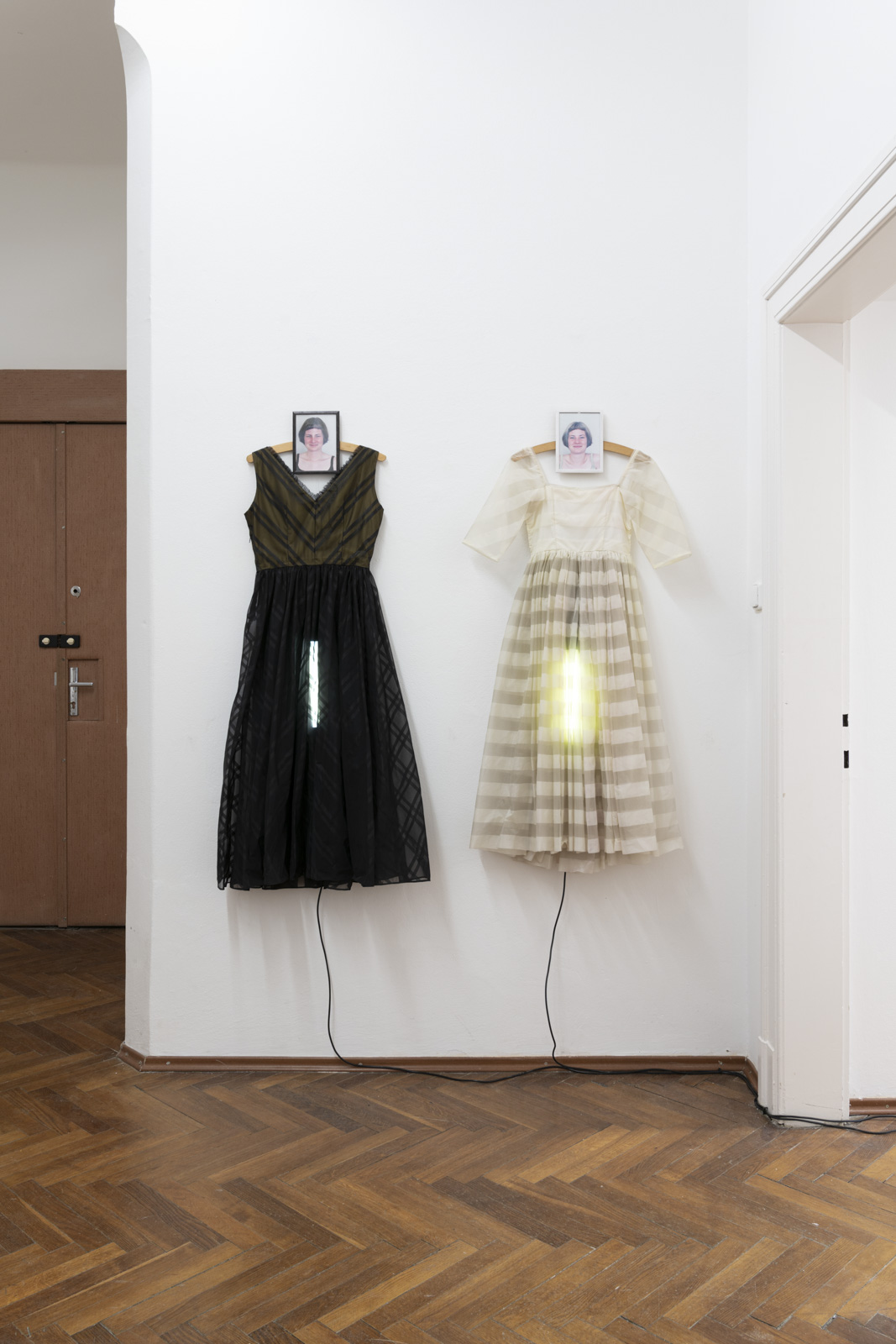 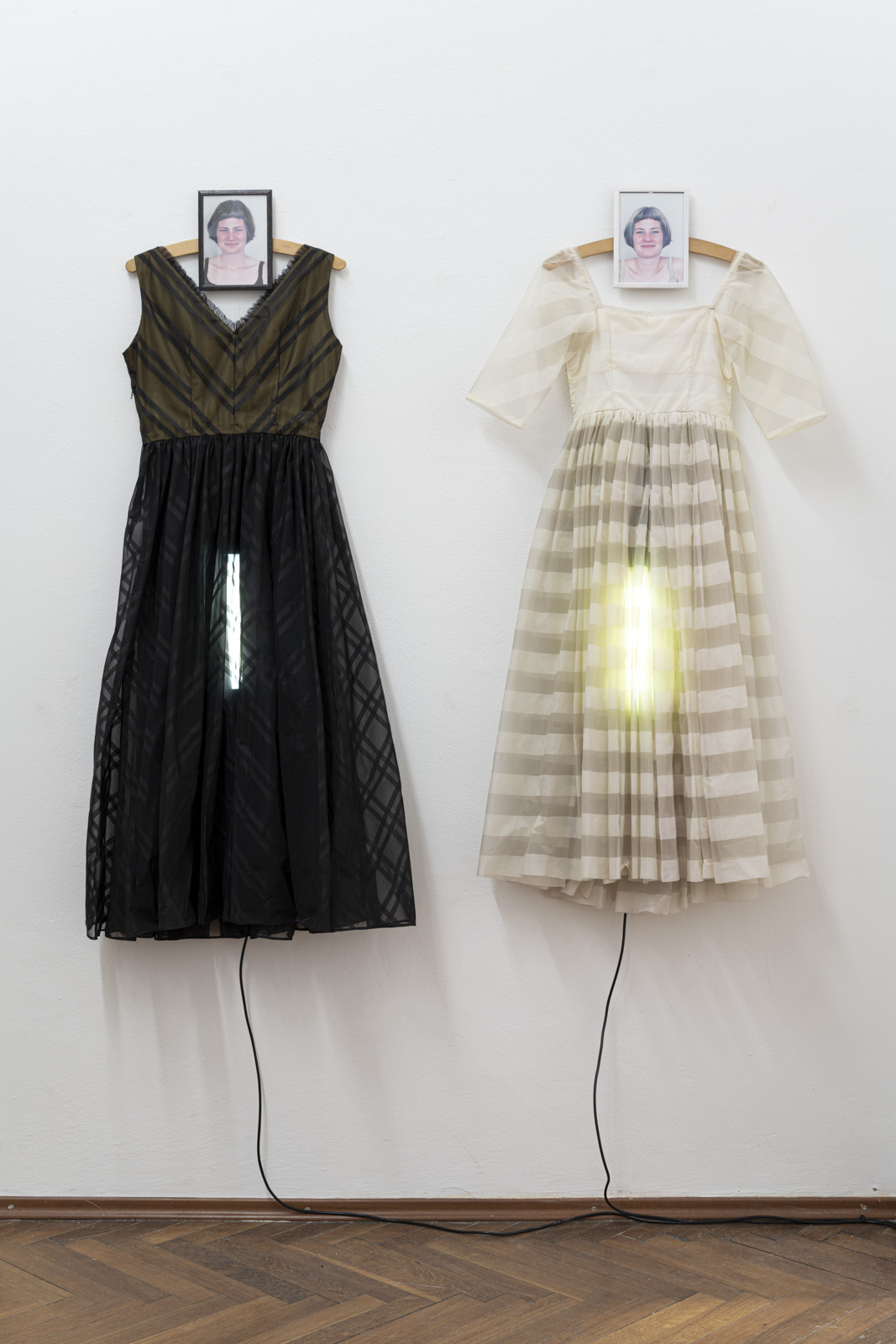 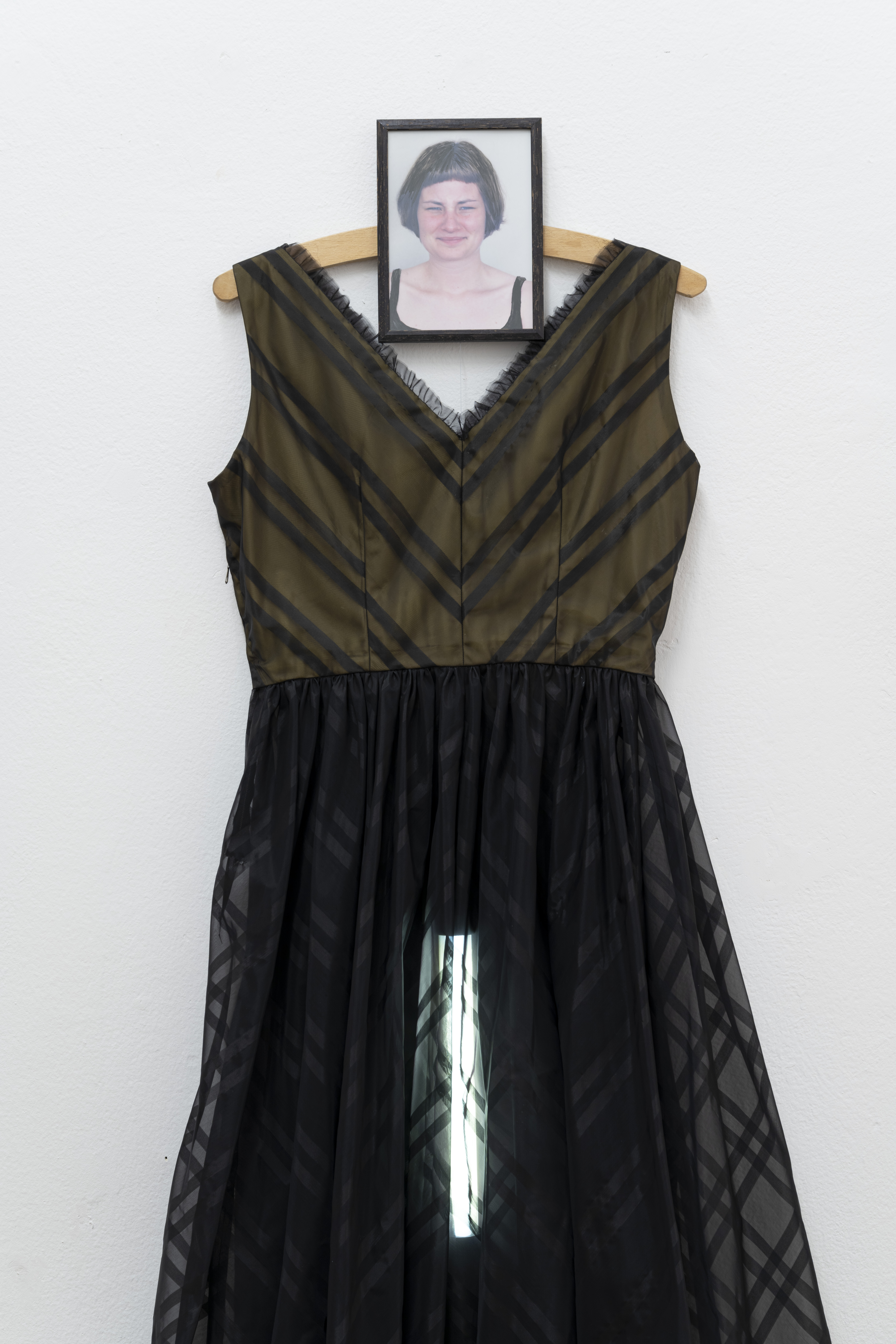 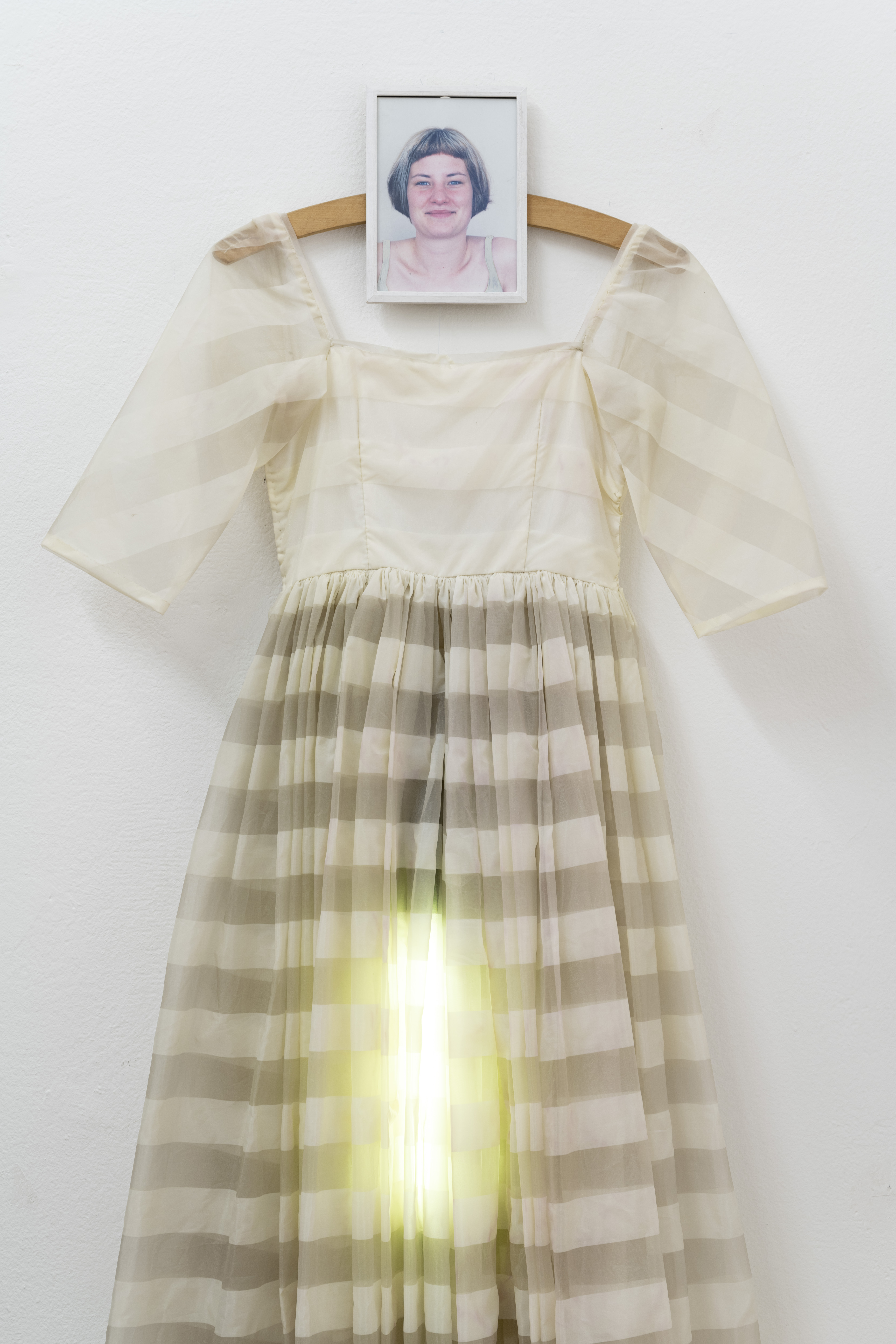 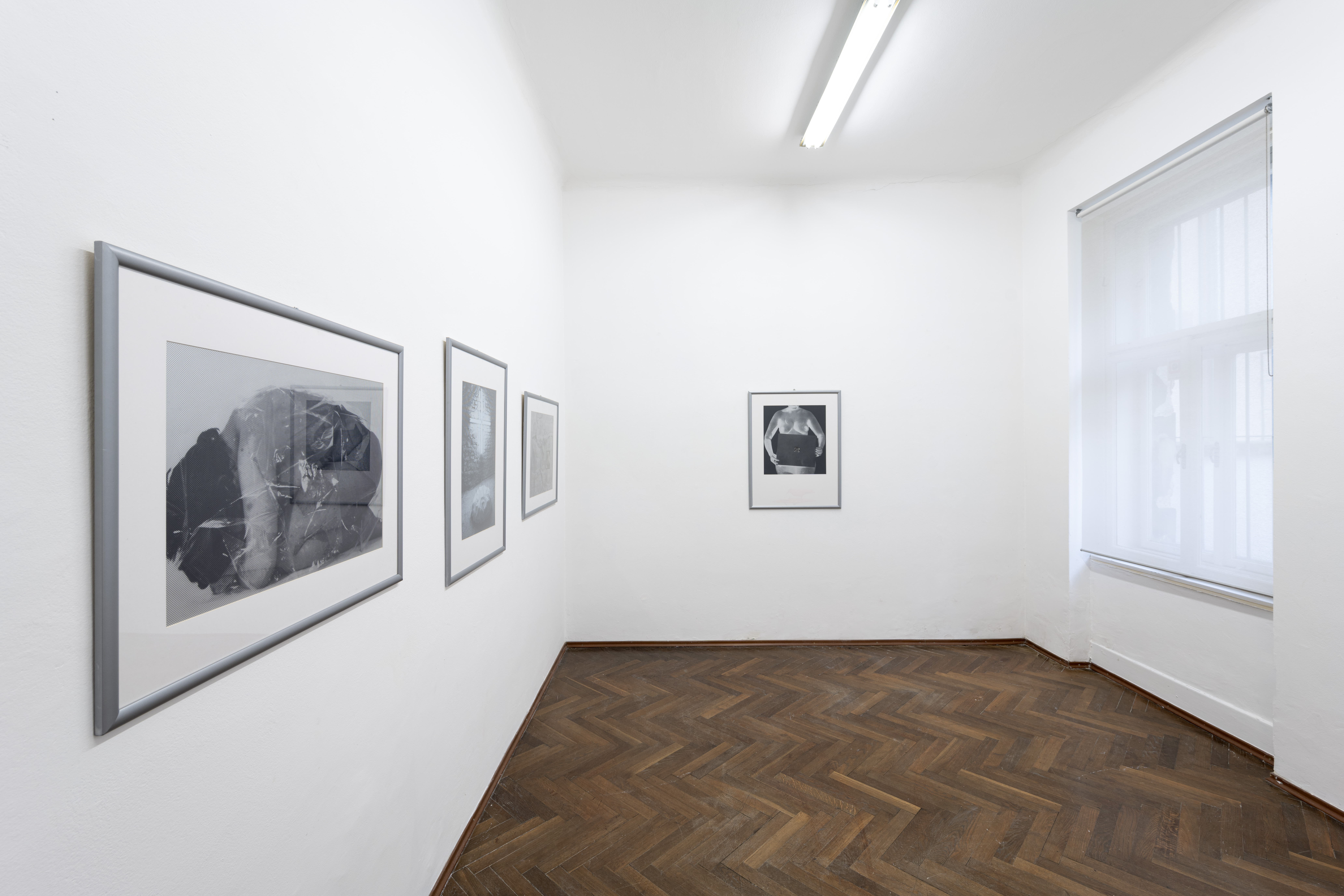 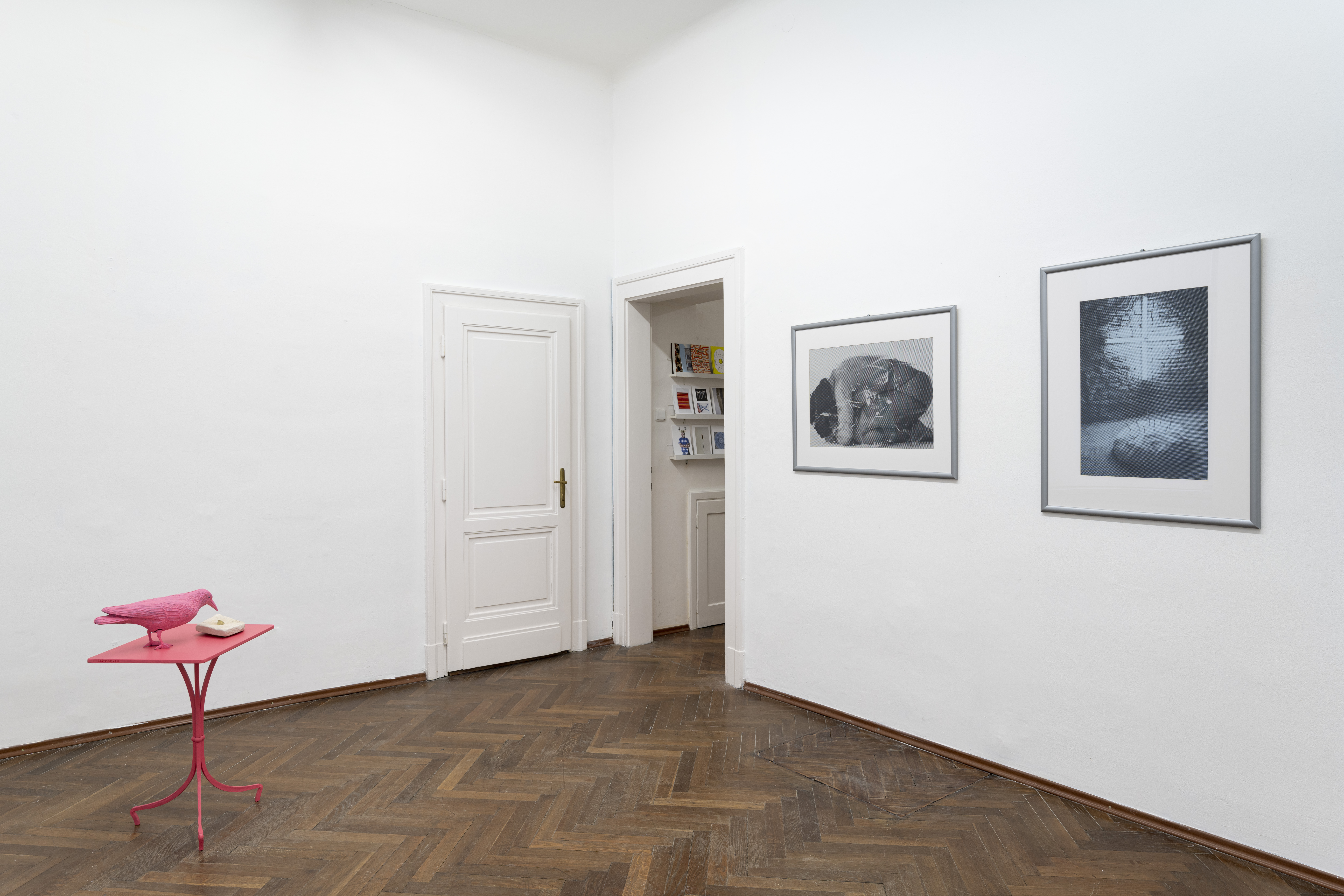 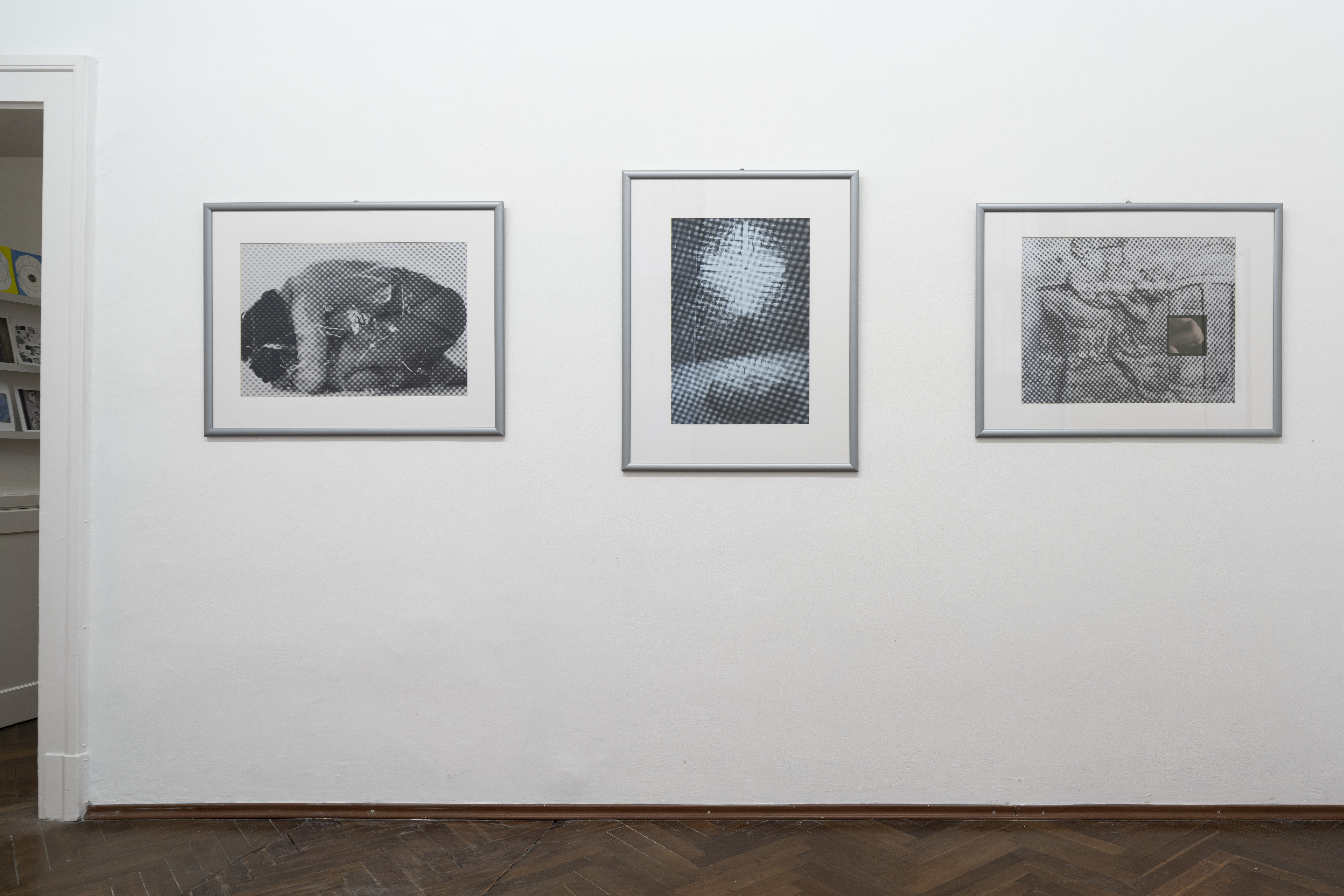 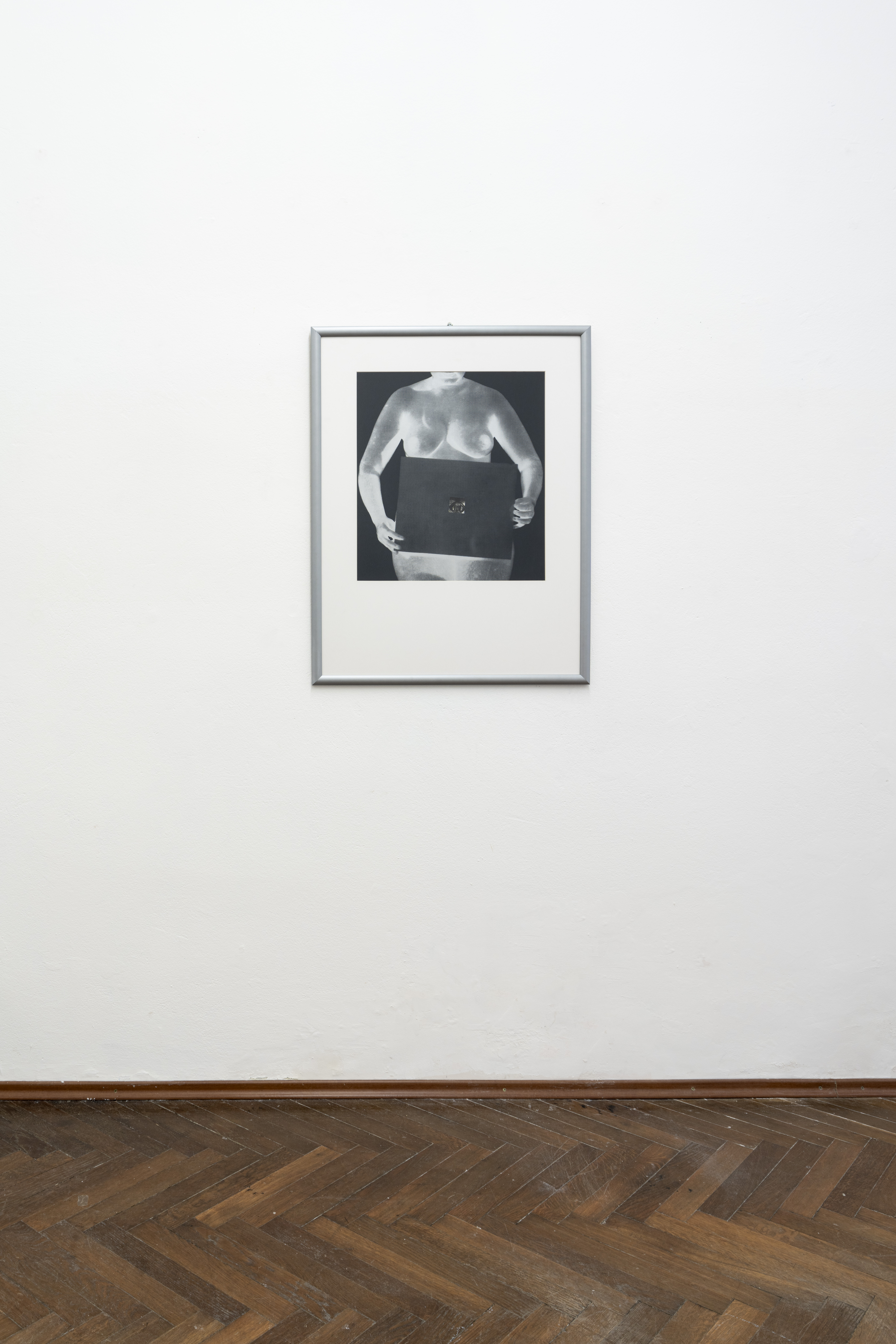 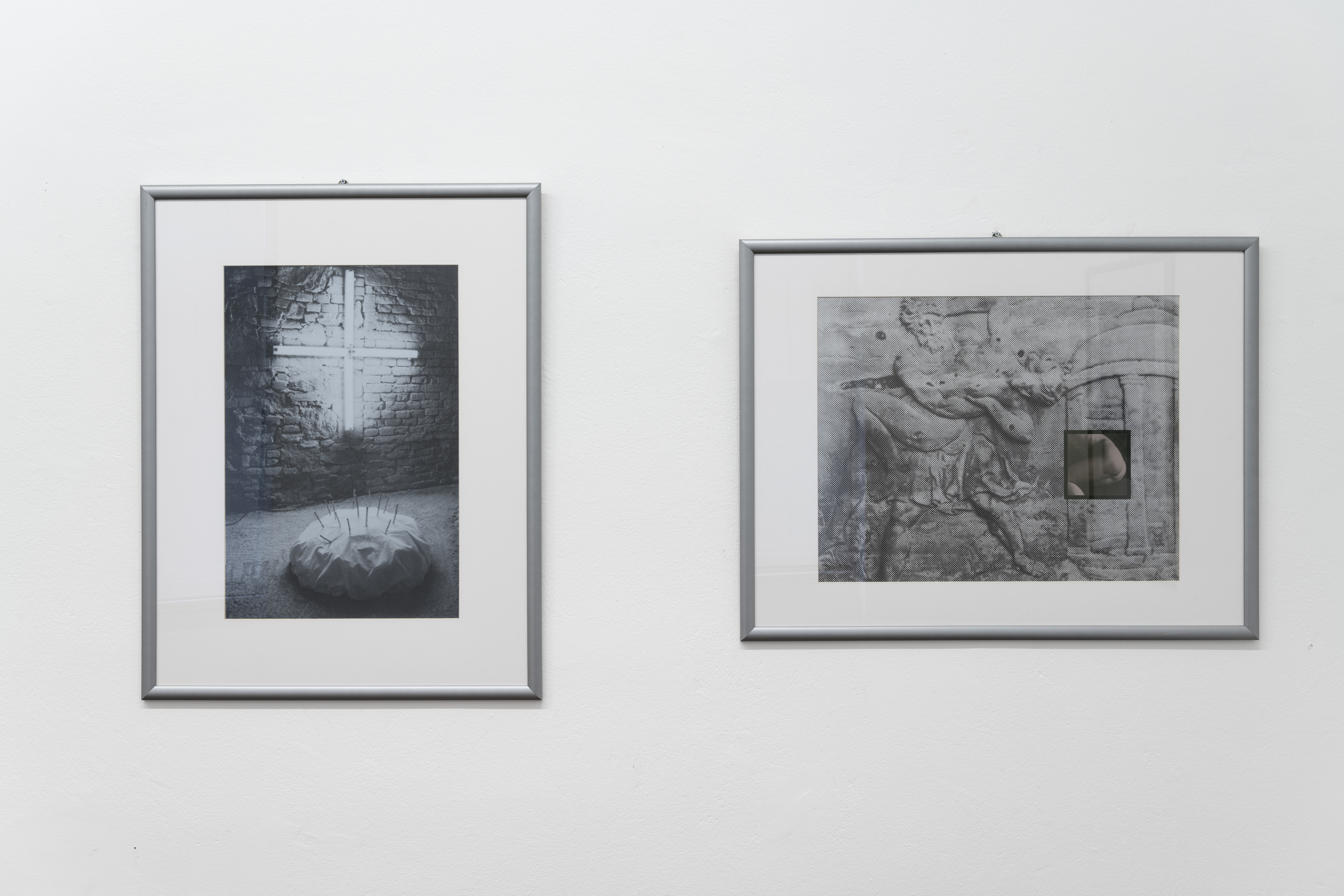 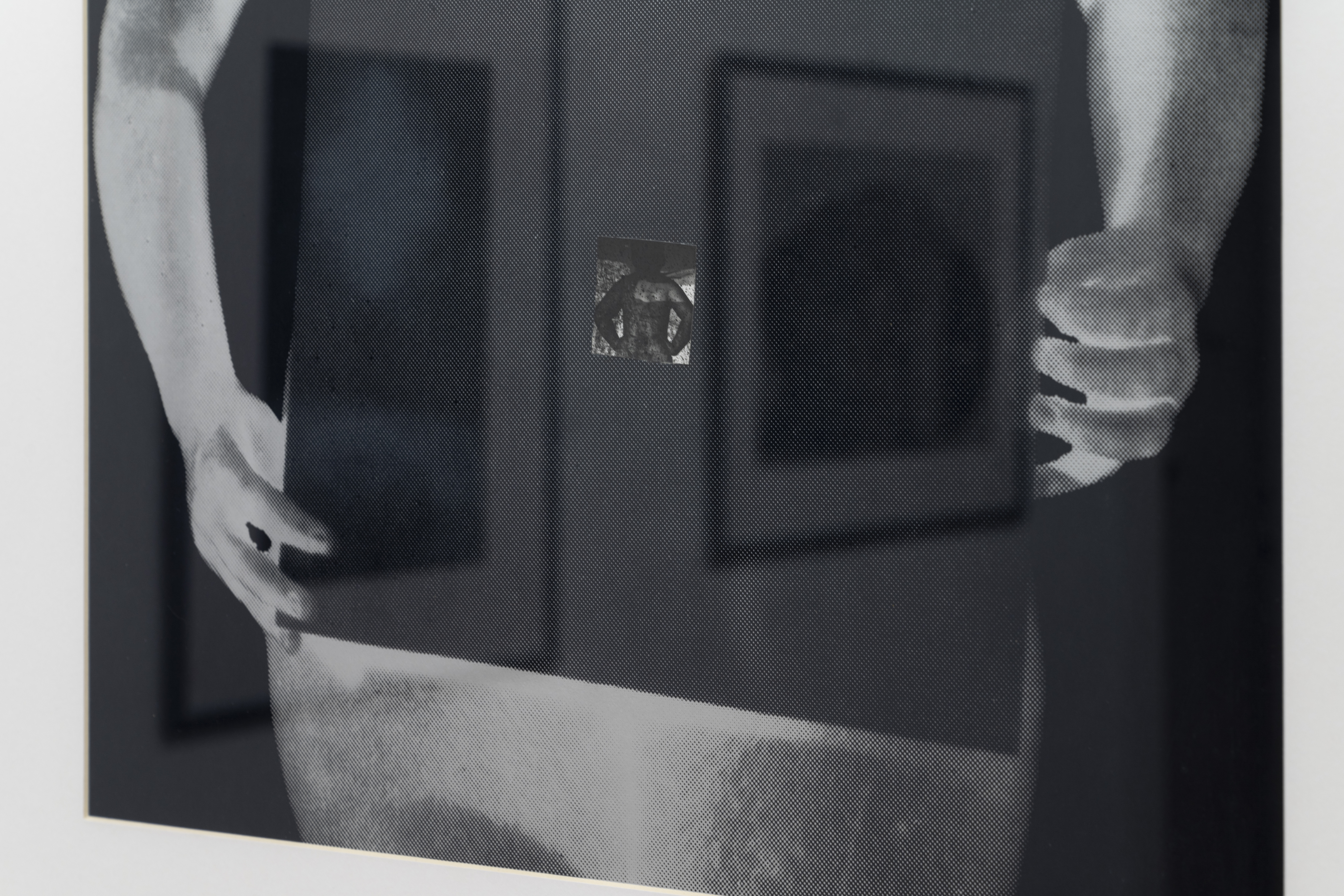 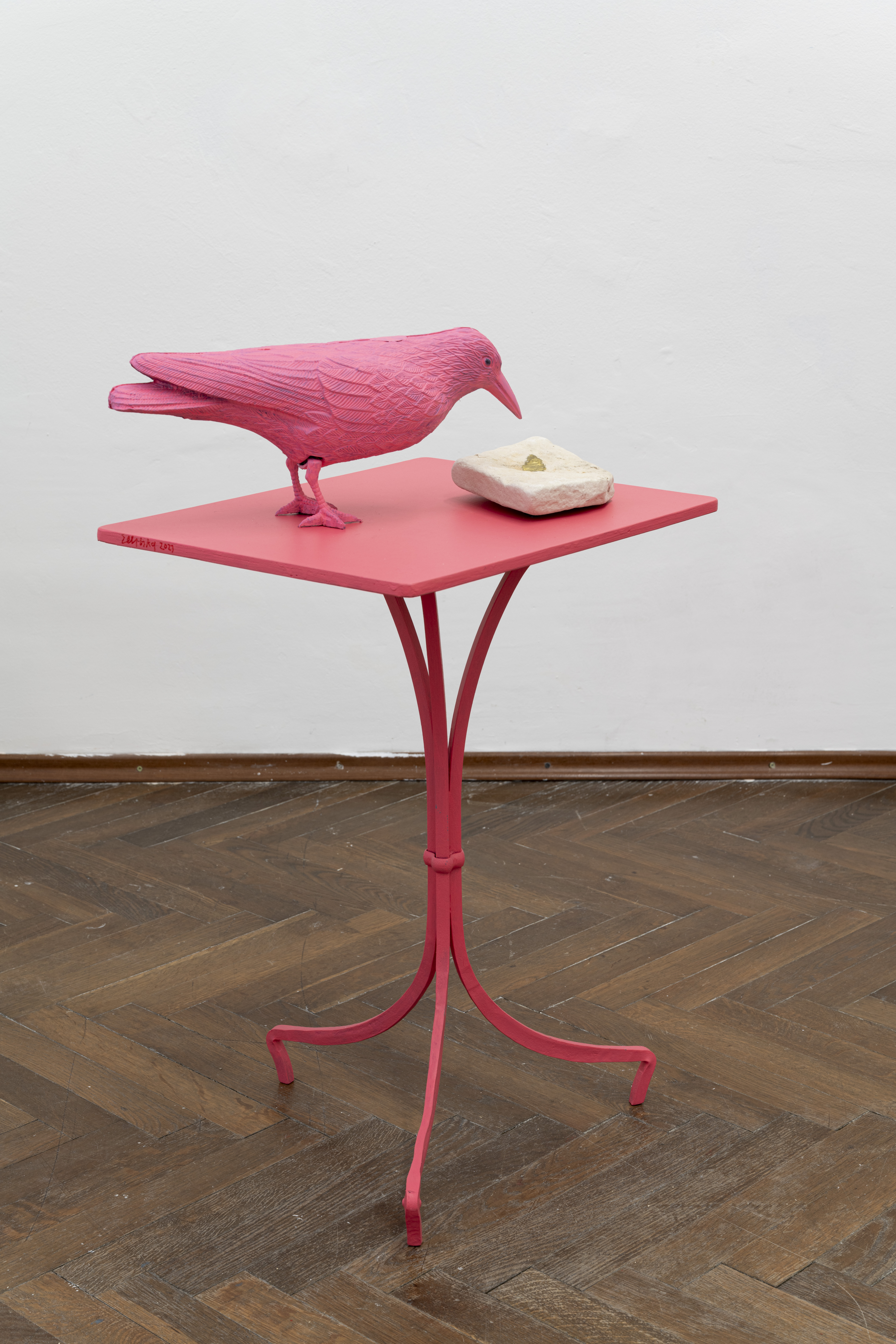 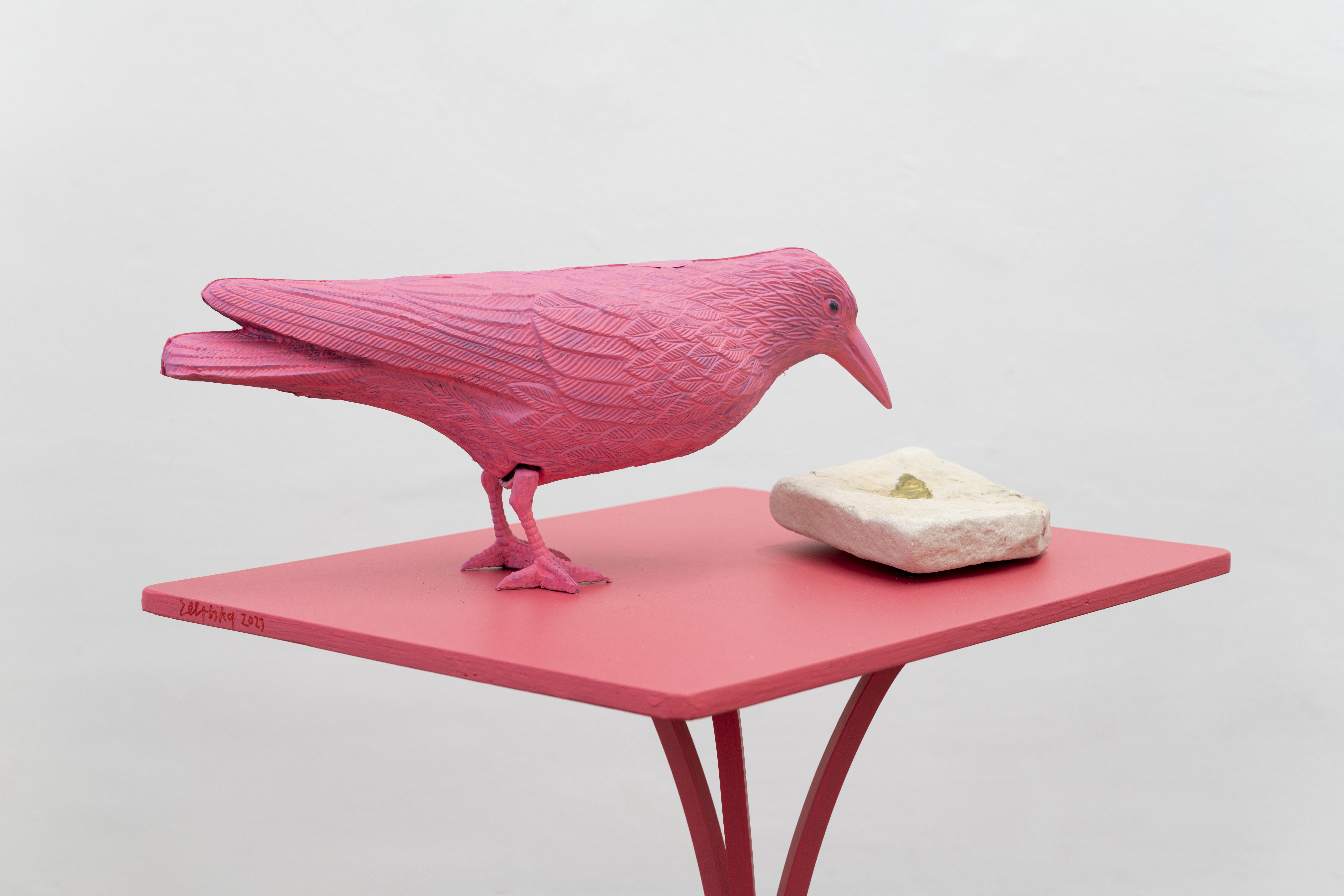 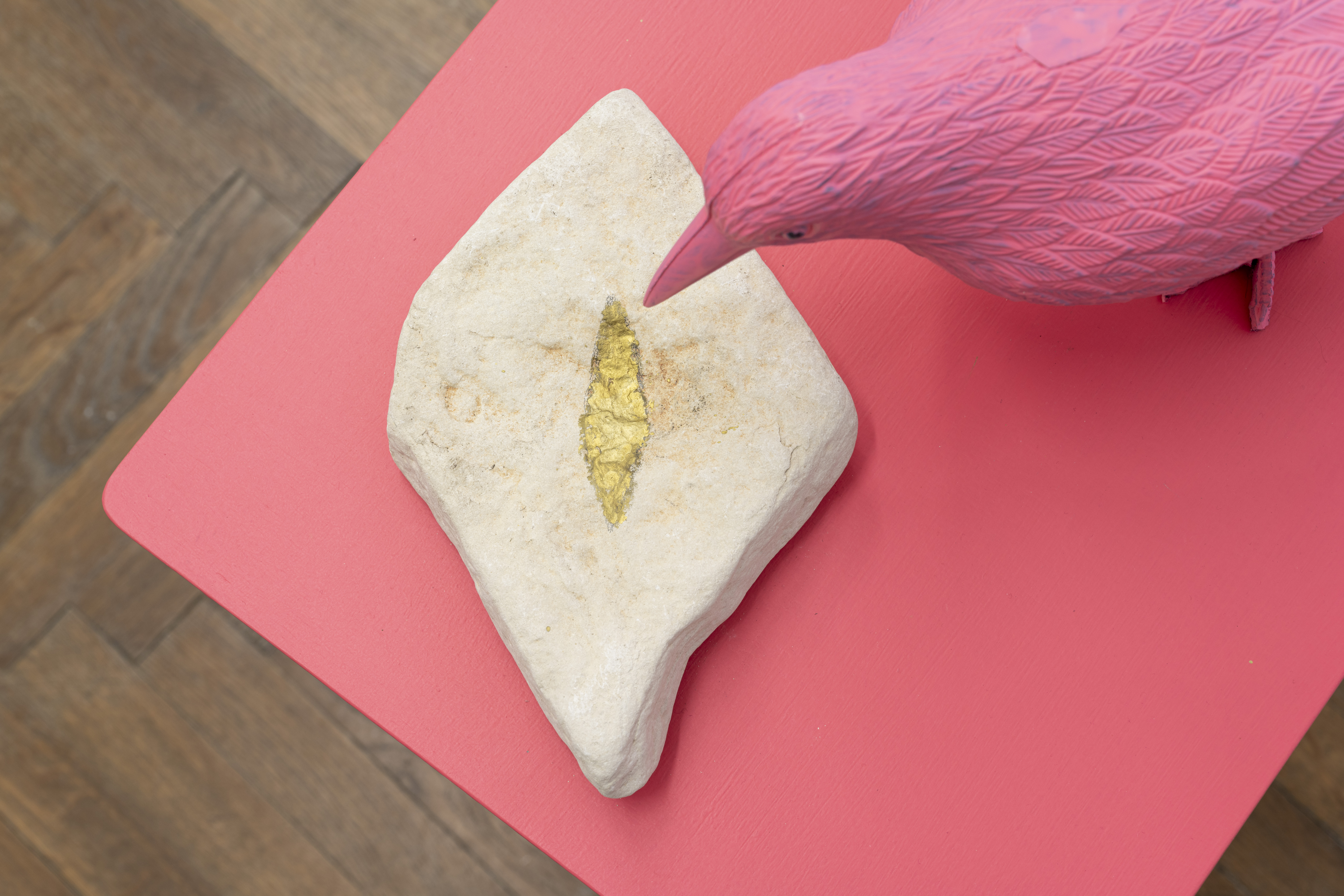