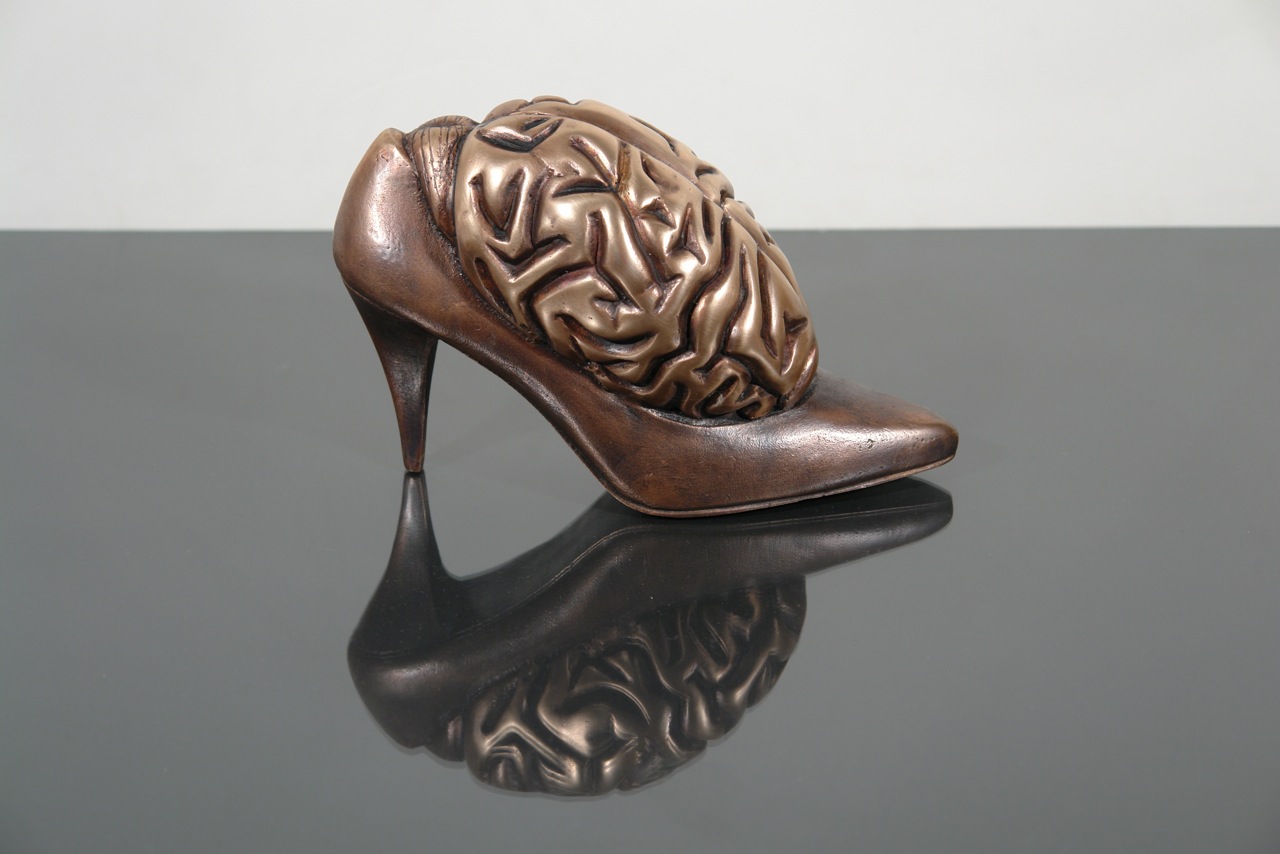 It's All Over Now Baby Blue

The work of Orshi Drozdik (b,1946,Hungary) has played a significant role in the history of women's art across the international arts scene and has greatly influenced a generation of artists to follow.

Drozdik moved to Amsterdam in 1978, after graduating from the College of Fine Arts, in 1977 as a graphics major, and two years later she based herself in New York City. At present Drozdik works both in New York and Budapest, and is a professor at the Hungarian University of Fine Arts. She has exhibited at many of the foremost galleries across Hungary and abroad, and articles assessing her shows have been published in numerous prestigious art journals. Yet, Drozdik has continually engaged with the contemporary art scene in Hungary. The 1998 exhibition, article, and textbook titled Strolling Brains, for instance, greatly contributed to the spread of feminism in the country. Drozdik began her career in tandem with the Hungarian post-conceptual movement of the 1970s. As a harbinger she created her own theoretical and critical point of view, which was unique in the seventies cultural environment of Budapest. In the 80s, at the time of her emigration, building upon of her 70s working methode, she embraced poststructuralist critical discourse, that helped her to develop, the installation series, Adventure in Technos Dystopium, a theoretical and visual deconstruction of scientific representation. Therefore Drozdik's work can only truly be interpreted in the light of the poststructuralist discourse. Research, the demand for theory and its language, as well as the manifest representation of these in the work of art have been the ongoing driving force for her creative production. As a result, her chosen topic often unfolds in numerous variations and is presented in her polyvalent practice to reveal many aspects of the given problem.

A major point of departure for Drozdik's career took place while being student of the College of Fine Arts, Drozdik started to develop the chief concepts underpinning a work titled NudeModell and Individual Mythology. With this term Drozdik signified a unique set of values, which she felt were essential in her vindication of the current patriarchal social and artistic environment.The problematic of gender first caught her attention in an early nude drawing class, once deemed to be the basics of classical art education. Drozdik there observed the distinction of form between a man's and a woman's gaze and, taking this problem as her premise, she reflected on the paradoxical situation of the woman artist. The search for a feminine aspect, the definition of a woman artist is also markedly interwoven with the analysis of the relations between power and representation.

It's All Over Now Baby Blue

Drozdik's work series titled, It's All Over Now Baby Blue, refers to the modernist work of Malevich Black Square and Yves Klein nude-model-brush-works on canvas. This series followed her earlier painting series, titled Lipstick Painting A'la Fontana, from which four pieces were exhibited in 2004 group show, in the gallery.With he methodology of using painting routines - and attached artistic heroism -, modernist theory, she transforms the modernists' paintings into the colors of baby blue and baby pink. Referring to the mandatory gender history of the artists, they productions, and they visibility and art historical representations.

The installation of brains squeezed into a high heels marching around incessantly was set up for the 1992 Sydney Biennale with real shoes. The bizarre multitude of brains forced into tight shoes, the simple and symbolic meaning, the density and irony of the statue all have a similar effect on the viewer as one of the iconic pieces of surrealism, Meret Oppenheim's mug lined with fur from 1936: it is eye-catching and alarming at the same time.

The complex sexual meaning of Brains on High Heels forces us to contemplate our everyday prejudices. It refers ironically to normative gender roles. This piece, too, has several versions. A lover's confession in rhyme, as an attached love (letter) poem is also a part of this work, which Drozdik often applies as a tool for summarizing her works, as an alternative form of the theoretical approach.

Orshi Drozdik work series titled Individual Mythology was created between 1975-77. The title referring to her attempts to re/define her identity as an artist, as a woman, as a citizen of Easter Europe and Hungary. She needed to create her own mythology because "my identity was shadowed by lies and manipulations". In her experience of learning history obliterated facts were obvious, thus she needed to employ analytic investigation to define her artistic and personal identity. "Drozdik grown up when fabricated history was often illustrated with altered photography, intending of changing the past in which unwanted persons were not only killed, but also removed from photographs".

Examining history, made it easy for her to discover how images of woman were used in art history and how woman artists were excluded from art history. For the series of Individual Mythology, she had researched images in which she could examine the representation of power in history and how that could manipulate the formation of identity. In the series of performances she was projected the researched photography on her body, in her photography series she juxtaposed photo negatives and often projected several photonegatives to create an image as part of her individual mythology. 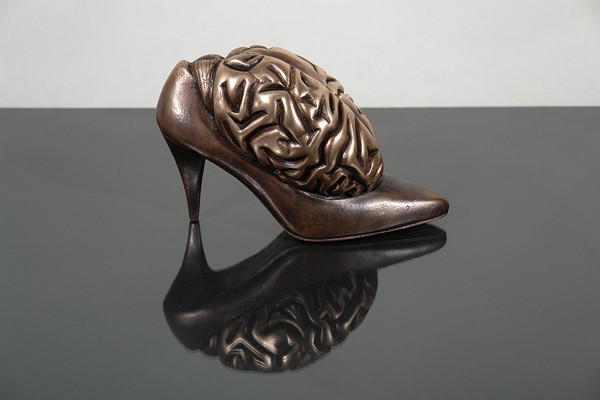 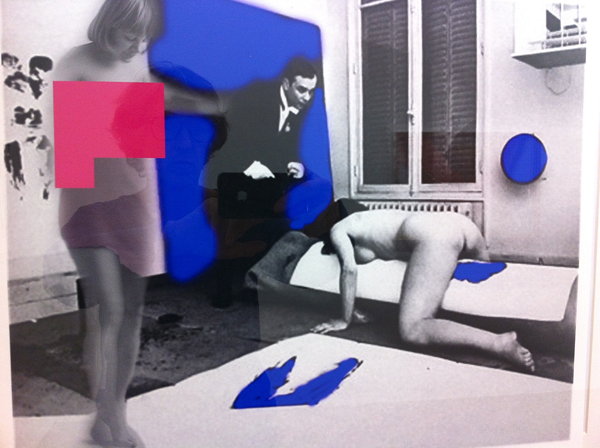 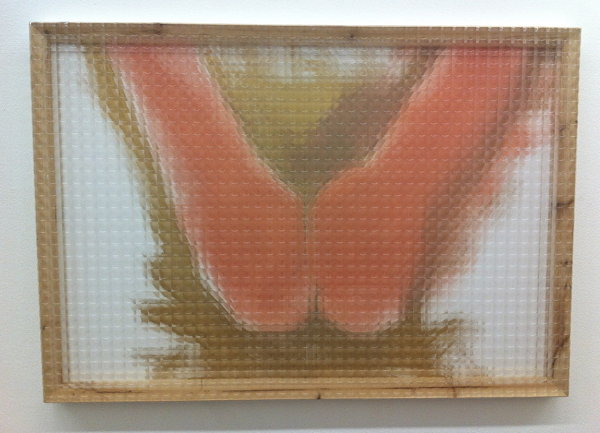 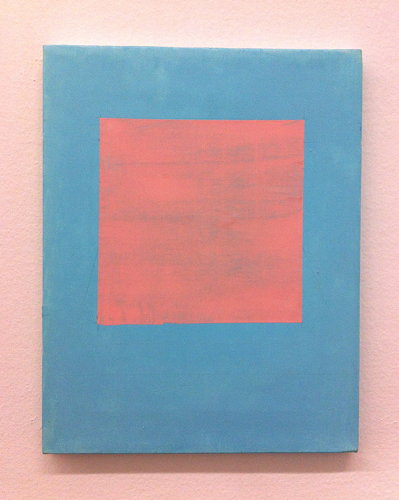 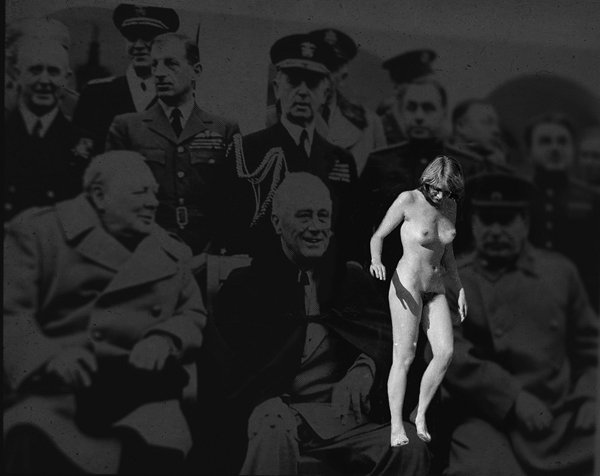 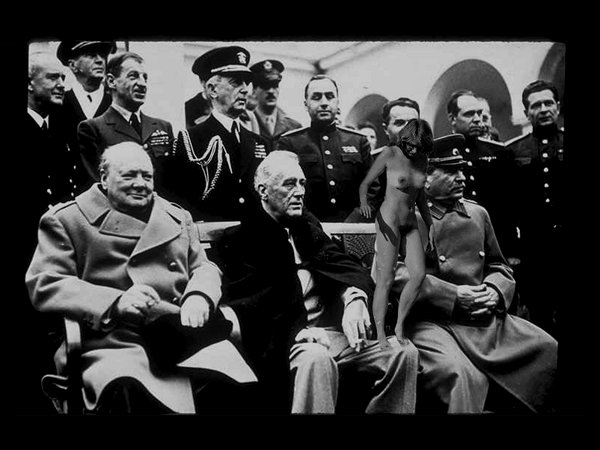 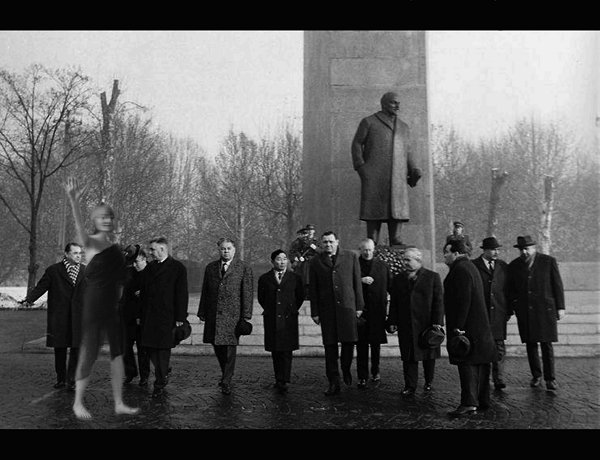 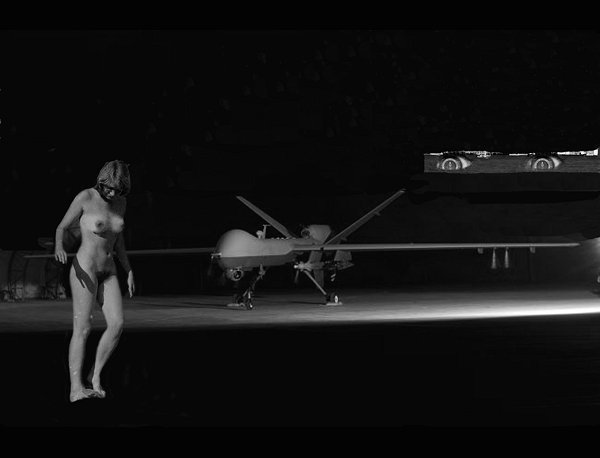 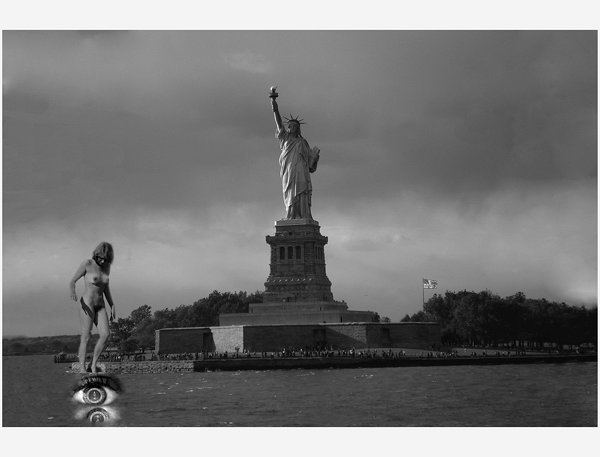 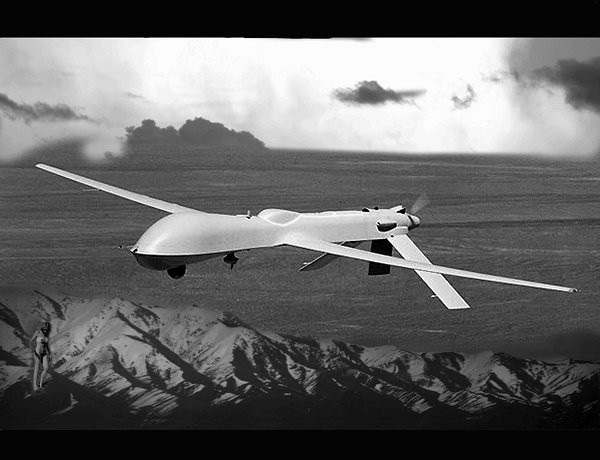 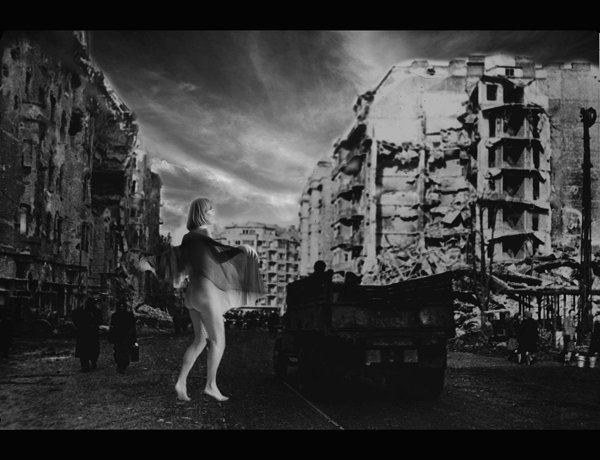 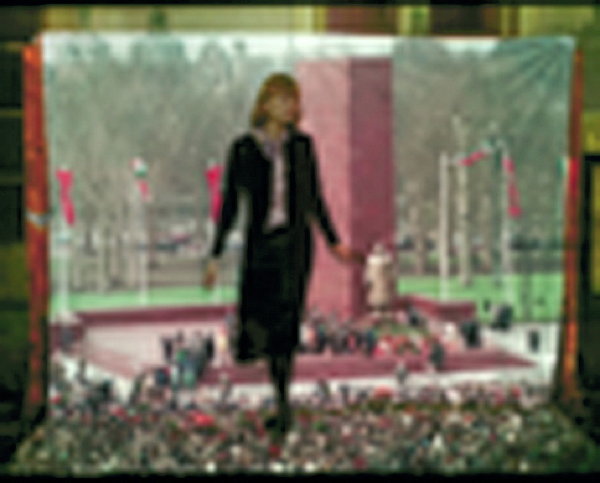 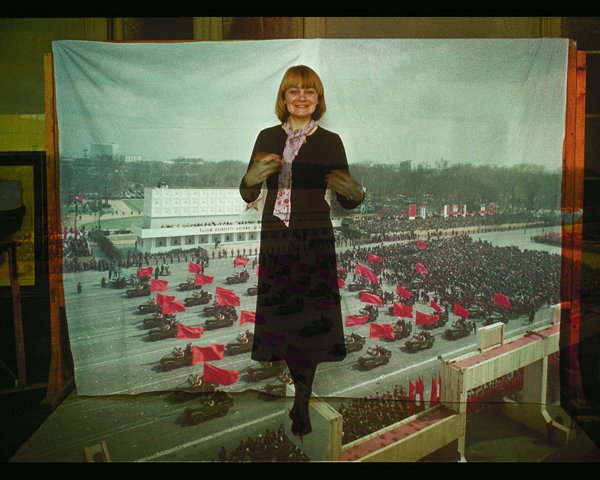 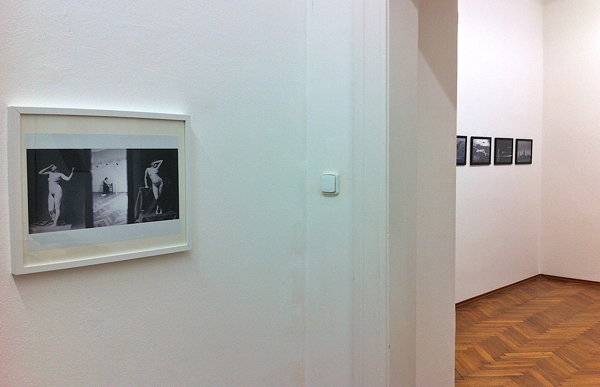 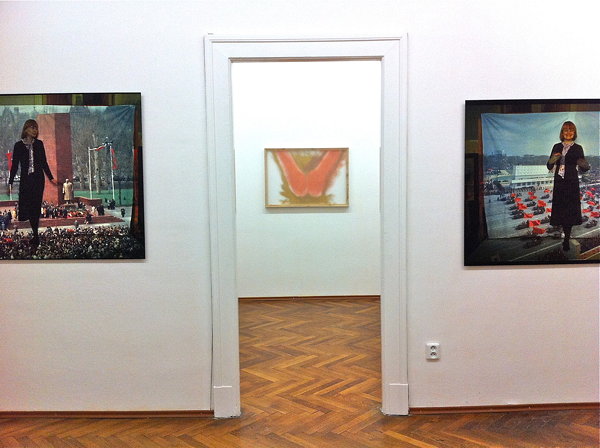 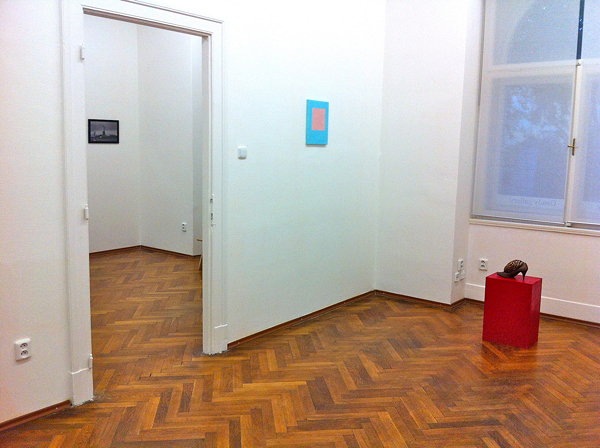