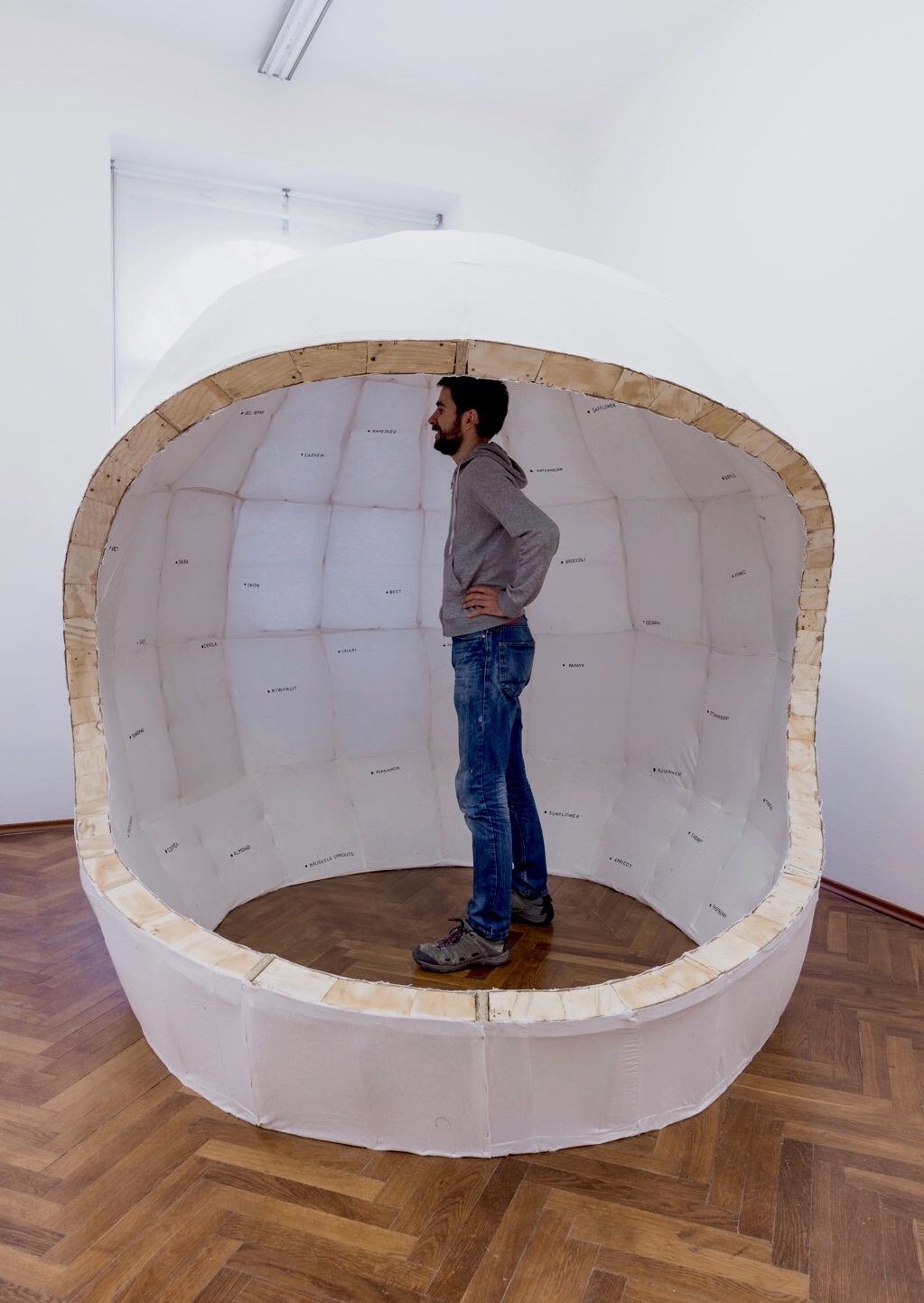 The Man who travels with Bees

At the beginning, there was a story. This story talks about a beekeeper from Dúbravica village in central Slovakia, who has built a bee house in a form of a spaceship to fly with his bees to the Mirror Land. A planet, similar to ours, hidden behind the Sun, unspoiled. Although hard to believe, this spaceship DBSP 01 (Dúbravica Beekeeper's Space Program) exists - open to visitors in the center of the village. And a man in a spacesuit with a portable beehive on his back was also spotted there…
The exhibition in Gandy gallery is a report. A museum. It is a book written through objects. Or maybe a last ode to escapism, but the escapism with a purpose. Or an ode to the work of beekeepers, those, who share a bond with their bees - although "stealing" their honey, they protect, and care for the families. To understand bees, their behavior, one needs to be calm, patient and open minded. Beekeeping has been here for centuries, yet the character of the work hasn't changed so much - using simple, natural tools and materials. There is a hidden poetry in this work and the exhibition is also an attempt to reconstruct it.
Today, bees, one of the key element of our ecosystem are also one of the most vulnerable. The changes in agriculture, global warming and spread of illnesses threaten their existence. And ours- they are the best pollinators nature has. So it is not by an accident, that from all, what he could save, The Man who travels with Bees picks up these little animals.

In this exhibition a work called The Helmet will be presented for the first time. This large scale object is one of the series of works creating a complex story of a fictional character - a beekeeper - cosmonaut. It's scale allows the viewer to enter it, to walk inside of this shell, symbolically to enter the head of the hero. What the viewer will discover inside is a whole Universe, built from the names of fruits and vegetable pollinated by bees. A Universe viewed from the bee's perspective. What we might realize is that as the beekeeper travels across the space in search of a planet, a bee travels across a smaller, but equally rich universe of flowers, being a cosmonaut, an explorer on a mission, traveling in search for food but also with a task of keeping the natural cycle alive.

The Traveller
The painting is a report on a story of a man who travels with his bees to a new planet. In his effort to save his beehives, he builds an improvised spaceship and turns to a lonely astronaut. Involuntarily, his bees become travelers too. In the painting we see the hands of a man giving a small helmet to one of his bees. A sign of care.
But symbolically, every bee is an astronaut, traveling long distances in search of flowers and it's nectar, discovering unknown territories, and then flying back to the beehive to make a report about all the new planets and stars, discovered on the way.

Multi-media artist Oto Hudec was born in Košice (1981), Slovakia and he created his recent work in USA, Portugal and Slovakia. His paintings, drawings and prints explore both personal and social themes. He also creates video and work for public spaces about immigration, refugees and the impact of globalization on the environment. In 2007, his project "Million Stars Hotel" explored various ways of documenting a Moroccan landscape and its people in the Atlas Mountains through large scale painting, documentary video and sketches.

In 2007 he realized first of his concerts for landscapes, when he performed "Concert for the Great Cold Valley" for 7000 feet mountains covered by snow. Interventions in public spaces, which combined painting and performance, include "The Skier" in Porto, Portugal and "The Night" in Valencia, Spain (both in 2008). In October 2009, as a member of Van Driver group prepared "Home" a street art intervention bringing ecological facts and home energy saving tips to Porto citizens. In the fall of 2009, he also produced his second solo exhibition "Paradise in State of Emergency" in Kubik Gallery, Porto (2009).In 2010, his wall piece portraying traditionally dressed African woman on skis was installed in Cova da Moura in Lisbon, a neighbourhood of mostly Cabo Verde immigrants. In 2011 he prepared large scale drawings portraying globalized world market to cover the walls of gallery Miscellanea in Barcelona, Spain (solo exhibition "Traffic Jam). A life size car Skoda 100L made out of plywood together with serie of aquarells and interviews, was an attempt to discover family history for the exhibition "Voices from the Center" in three walls gallery in Chicago. His latest project, "The Price of Water" has been explored during a one month residency in Kala Art Institute, Berkeley, USA and shown in Espaço Gesto in Porto, Portugal in 2012. This year he will also present his works at group exhibitions "Museum in/off" in Centre Georges Pompidou, Paris and at De Appel, Amsterdam.
Oto Hudec graduated as Master of Fine Arts at the Academy of Fine Arts and Design, Bratislava, Slovakia. He is member of creative team of "Make Art with Purpose", an international platform for art that creates change. 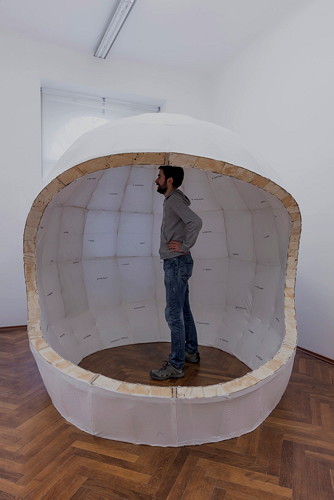 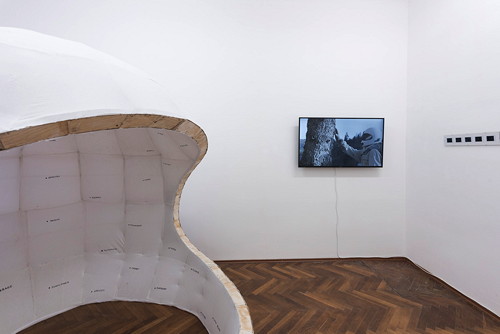 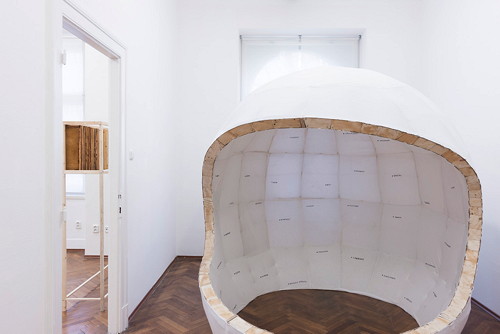 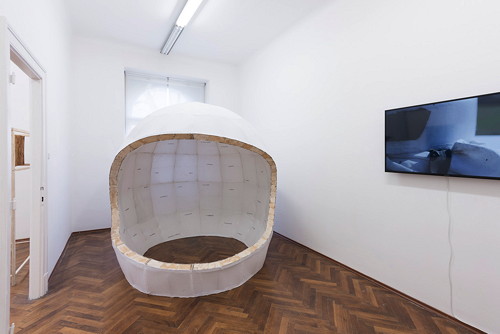 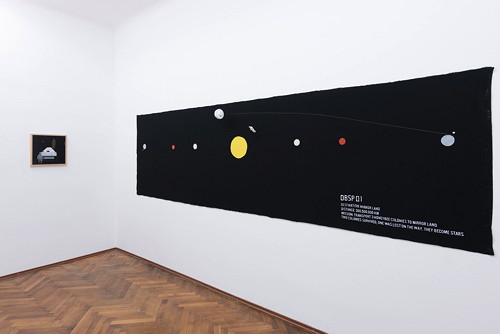 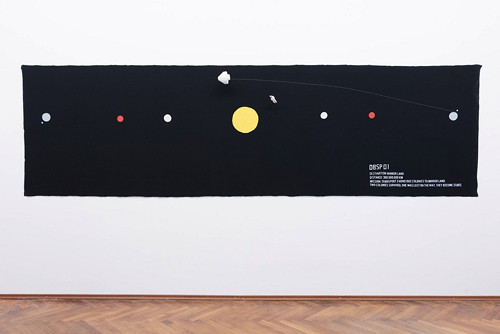 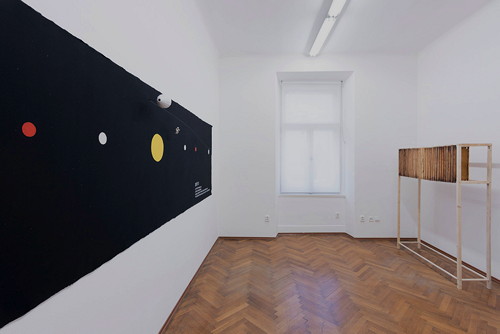 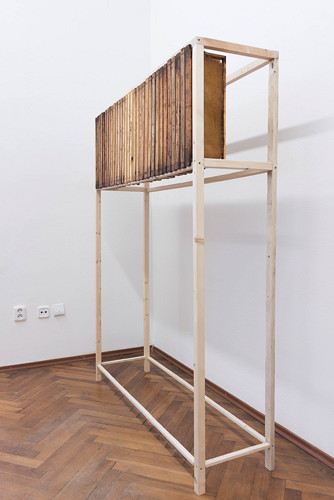 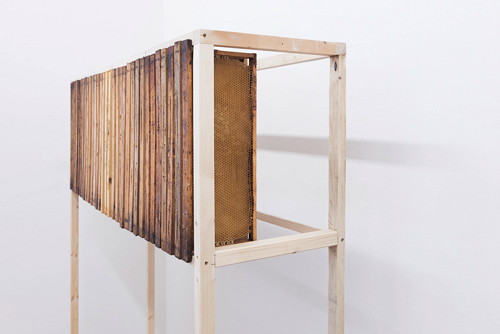 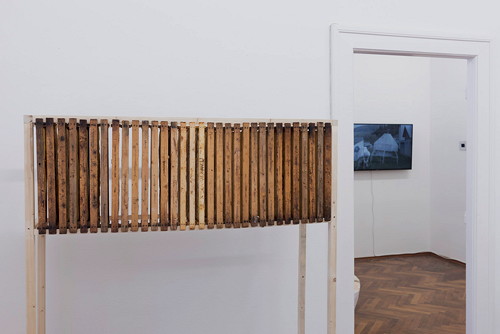 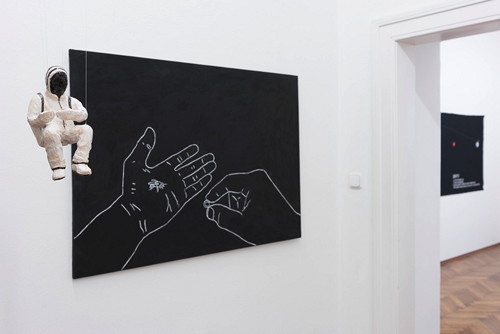 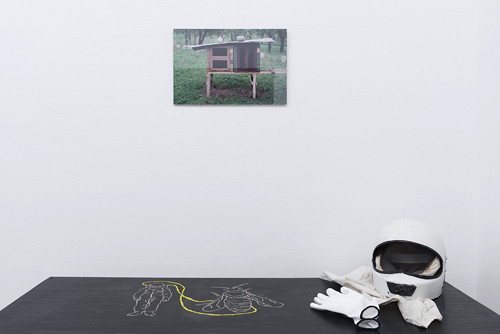 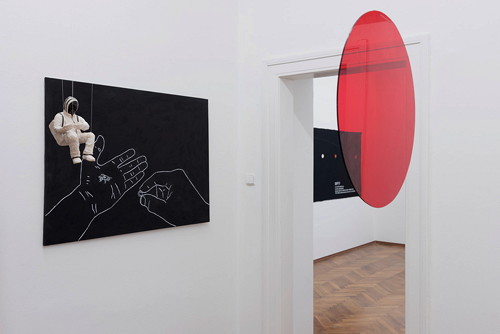 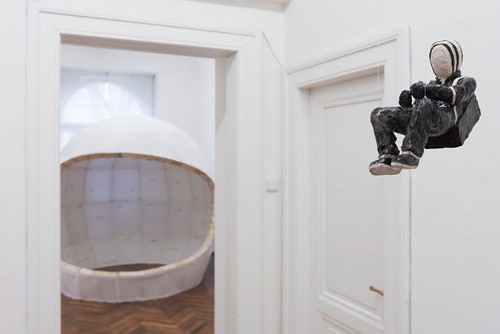 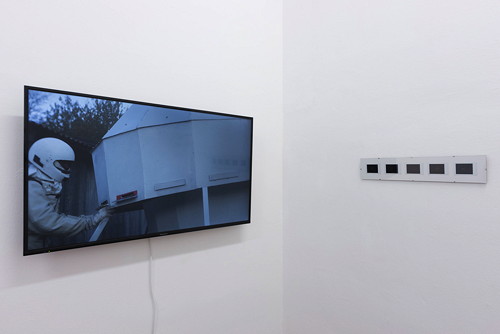 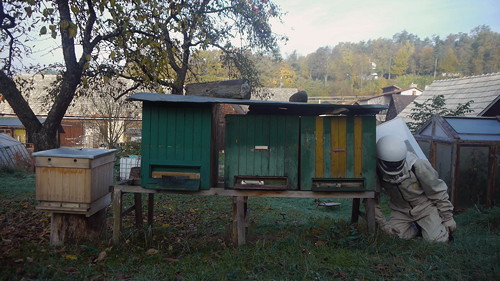 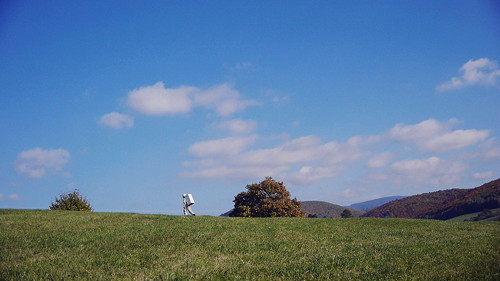 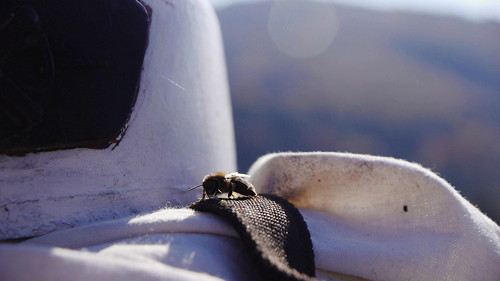 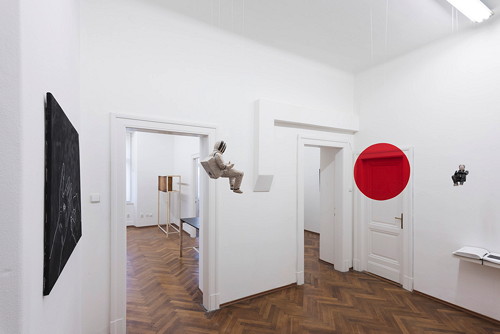 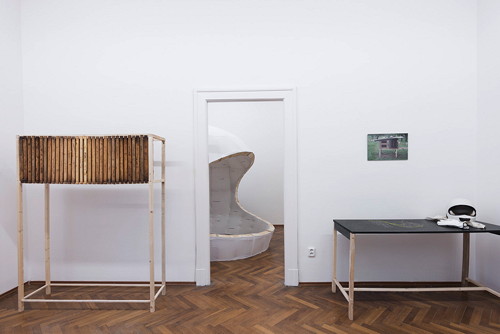 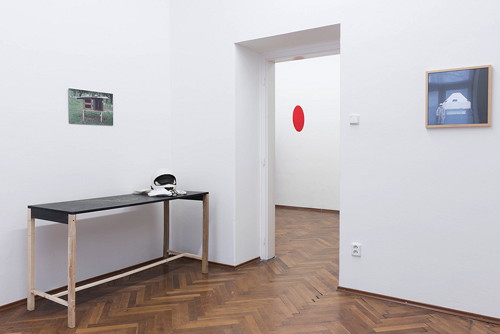 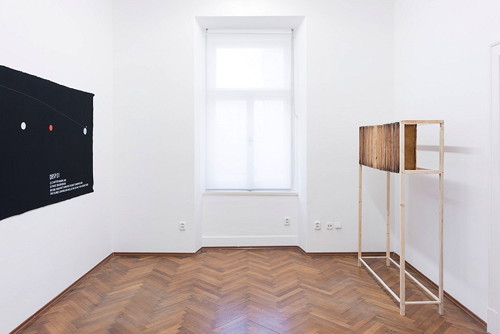 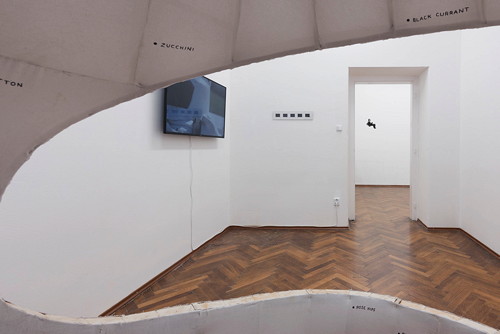 the Centre Pompidou is temporarily hosting the Musée de Nomadia. Models of tents from all over

the world are suspended in the space, as though in levitation. this installation seeks to symbolically give oxygen to populations universally oppressed by states and companies (disappearing nomadic cultures, migrants, and so on). these fragile, airy architectures convey a history described in the archive documents exhibited with them. they are prolonged in the paintings and filmed postcards of Greetings from Nomadia, which the artist reworks live in the Centre Pompidou. 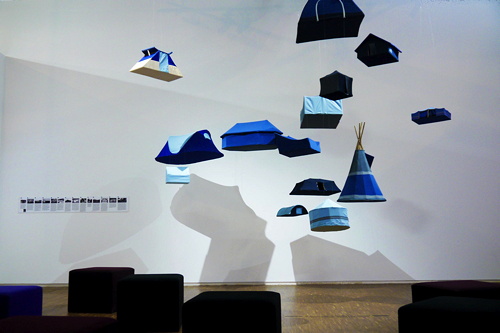 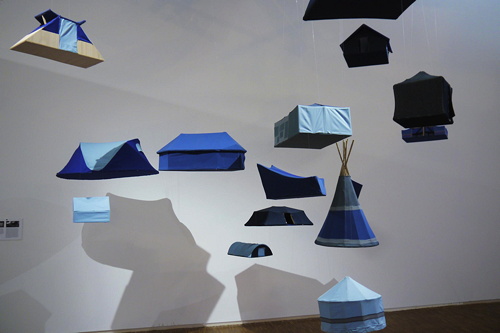 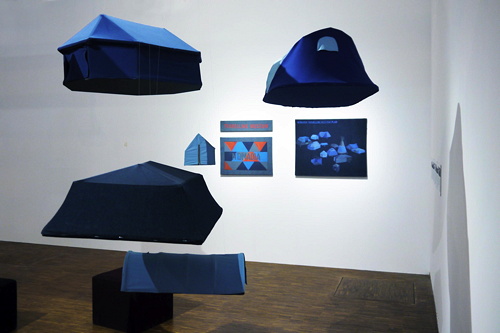 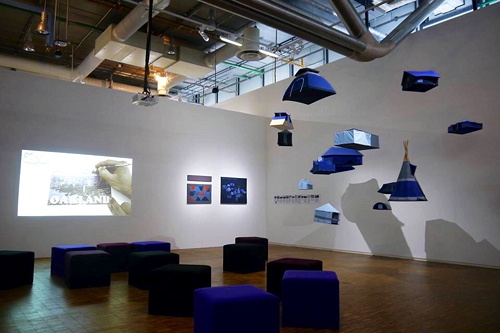 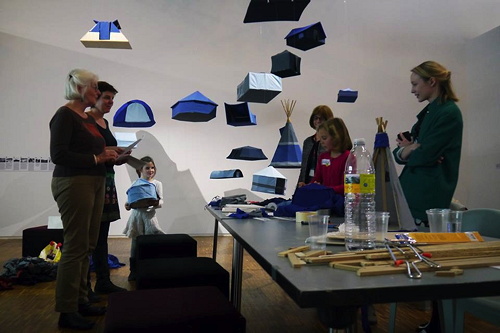 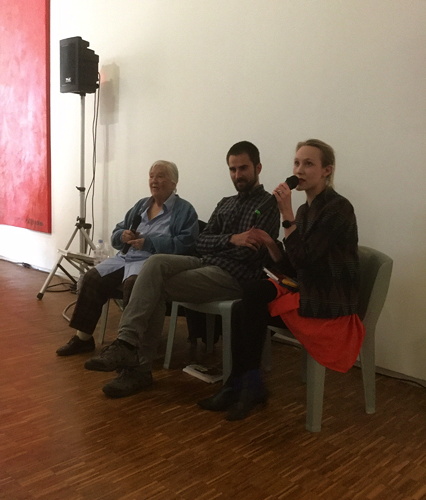