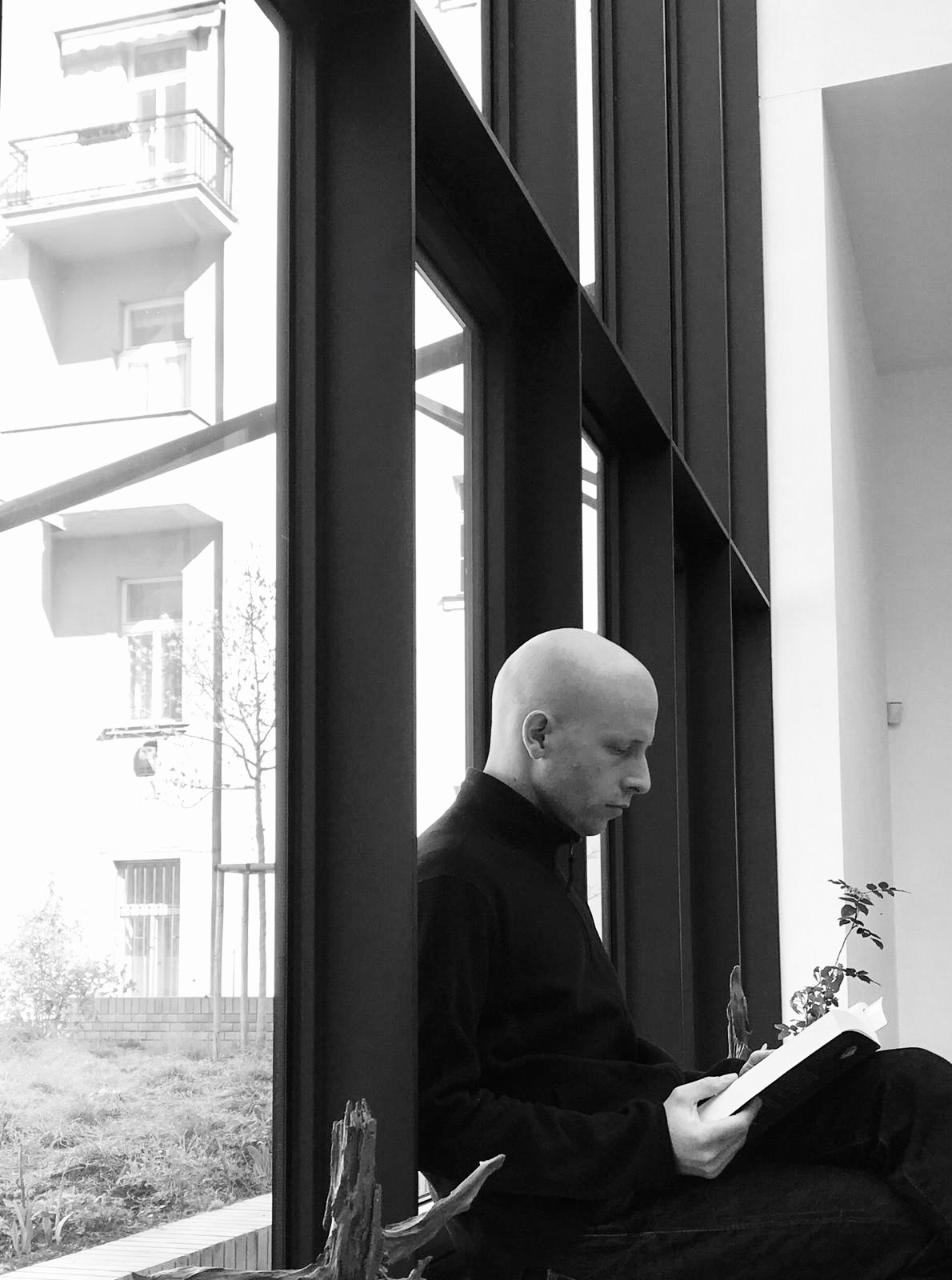 The solo exhibition of Czech artist Adam Vačkář presents works created during confinement under the Corona Virus pandemic. One of the things the Corona crisis shows us is that our health and well-being is closely connected to the health and well being of the natural world.

Click here to see the video documentation of the exhibition

The exhibition is reflection upon the influence of the stop time effect as a valuable moment for redefining our values.
Adam Vačkář imagines what would happen if the conditions of life would stay as such for unlimited extent of time. As if once overproductive, greedy and unsettled era of consumption has ended once for all. Religion and spirituality are the meaning systems that lie close to the source of human behavior and it is at this level that one can change the way of thinking about nature. Adam Vačkář works essentially with things brought from forests and swamps, he imagines decaying dystopian sculptures made of natural objects, as a mysterious environment for reflection, as if stopped in time and space, covered by all embracing crust of stiff dust.
In his work, Adam Vačkář creates a chronicle of life and technology, history and myth, poetry and politics, he deploys disparate images with swampy hybrid creatures, once repossessed and contradicted by imperious civilisation’s desires for power and expansion.

When looking at this new body of works by Adam Vačkář what immediately catches the eye is the vitality that is intrinsic to something that should actually taste stale, seem left over. We are not standing in front of rubble; we are standing not in front of the remains of something. What is being praised is the act of becoming, transformation stimulated by the rhythm of time. The works presented here are the result of arduous research indefatigably carried out by Vačkář, a zig-zagging path of mostly random exploration in which these objects, carefully laid in swamps, lakes and remote forests have revealed themselves to him in all their eternal metamorphic power, subsequently perfected by the use of bronze and aluminium, by a special material finish, without the aid of paint. The refined transformation perfected by the artist clearly resembles the act of sostare (pausing), an Italian verb deriving from the Latin substare, with the sense of ‘staying underneath’. This being underneath is the depositing of layers of material life which, encountering each other, sing the praises of time’s becoming and make the present appear as a scar issuing from past and future, an indefinable murmur of change. Here, then, is where the artist’s strength lies – in uniting this delicate and irreversible natural process of the transformation of spontaneous elements into the alienation brought about by the mammoth industrial development and into its path, which is diametrically opposed to the normal becoming of things, thus obtaining a hybrid mixture in which the artificial becomes part of the biorhythmic process of becoming natural and vice versa. This is how these figures assume demonic forms, almost to whisper the echoes of the magical places from which they come, but from which they have now distanced themselves, becoming more complex entities, perpetually suspended in a moment in which the era of consumerism has stopped for ever and in which this substratum is wrapped in a symbolic spirituality turned towards remembering and reiterated as a warning to the future. 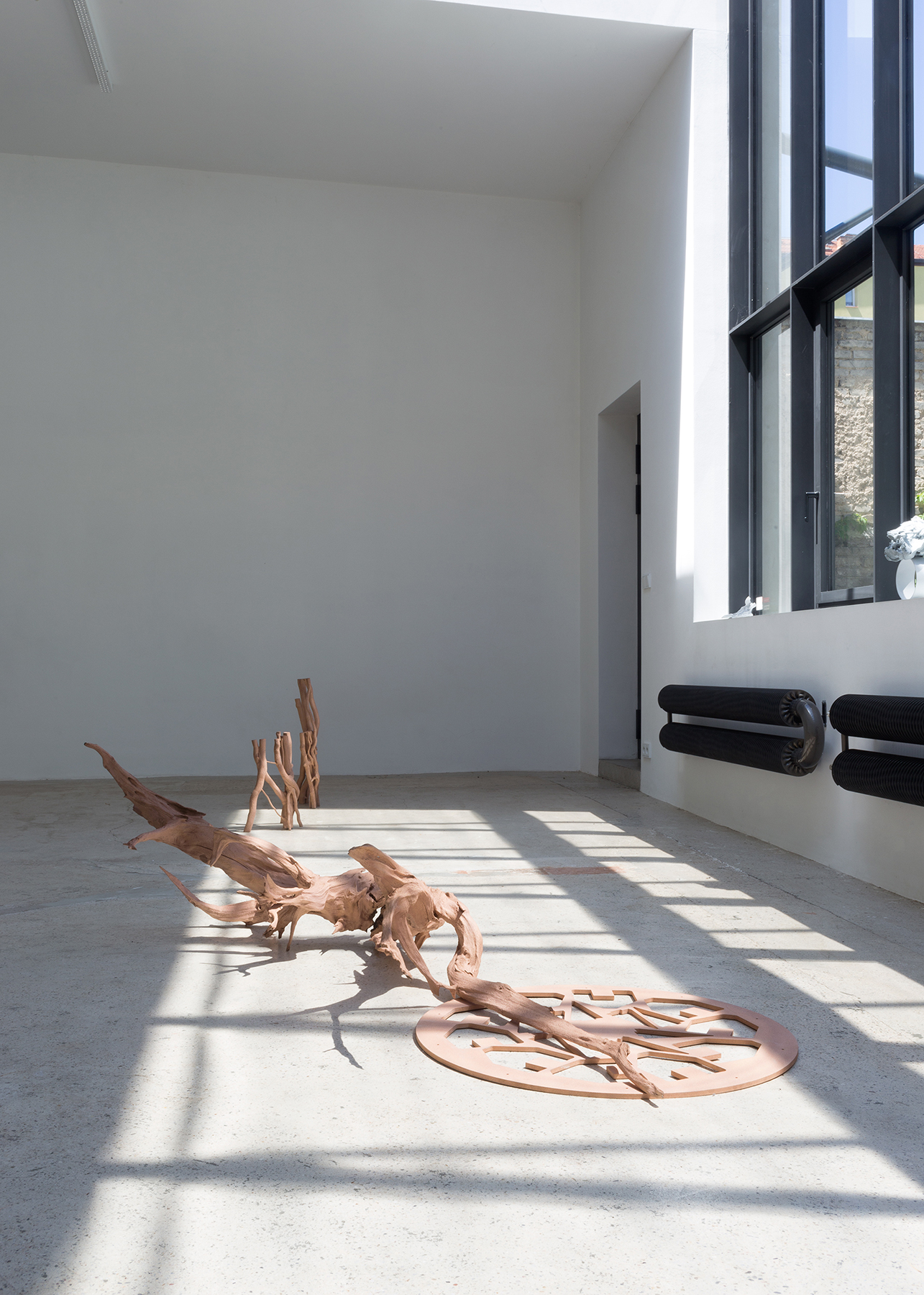 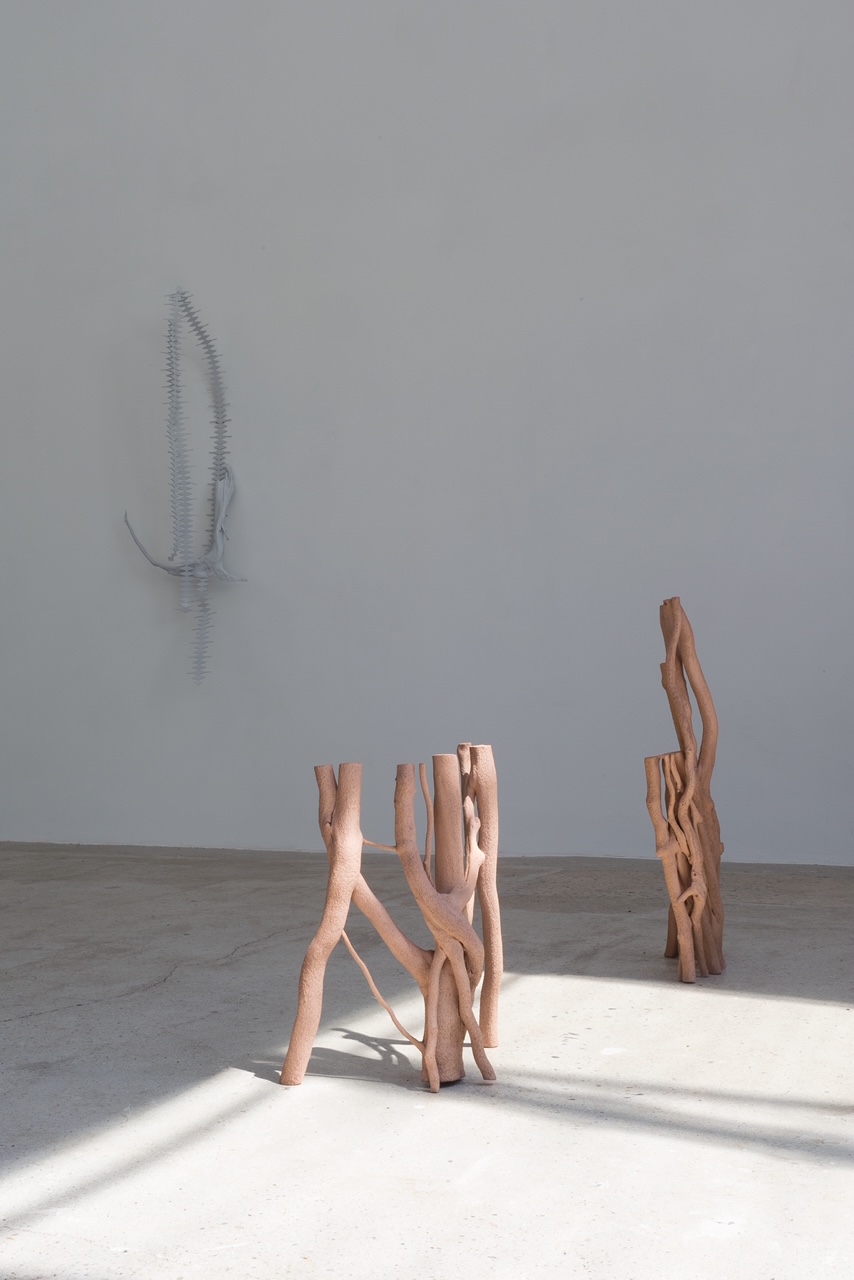 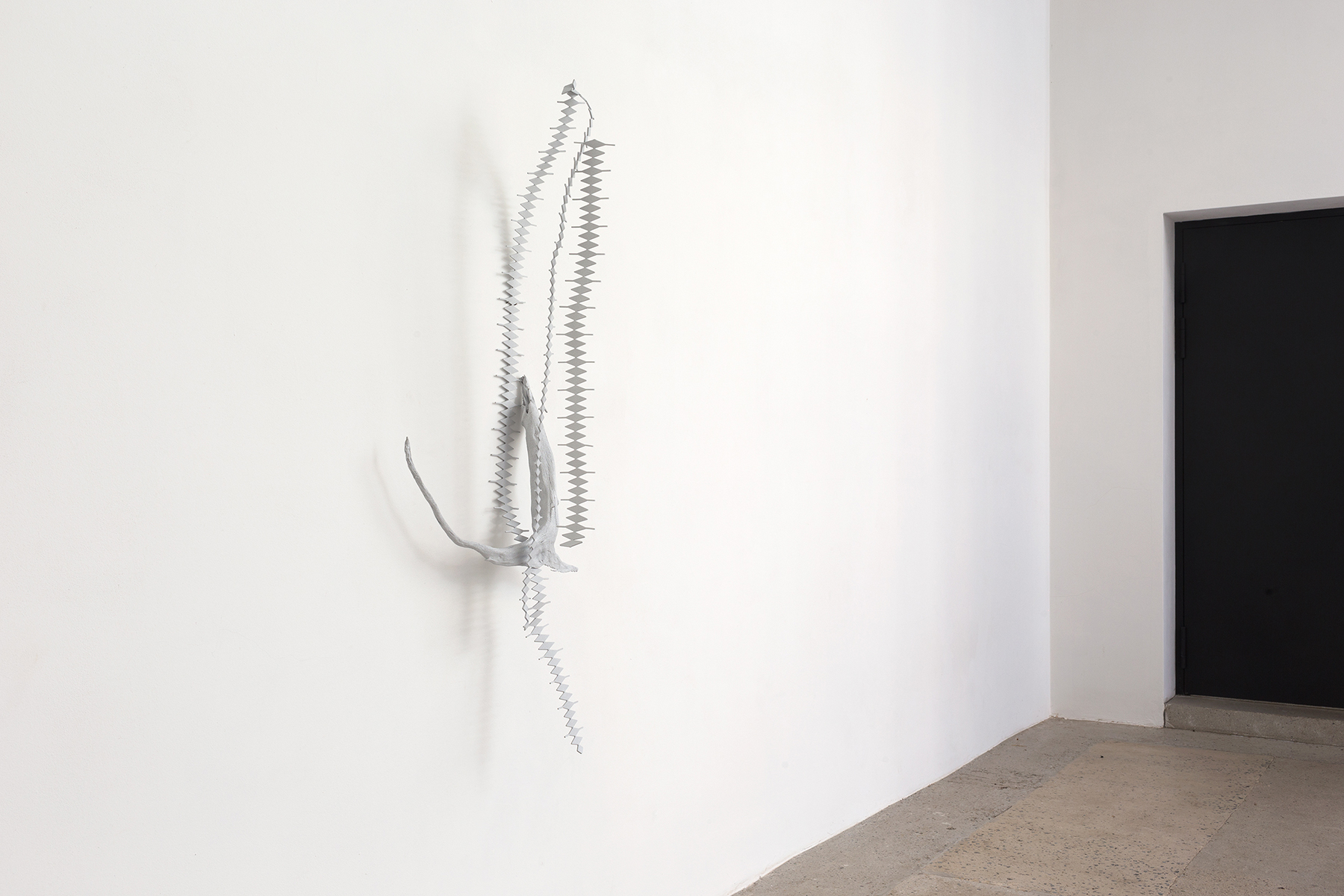 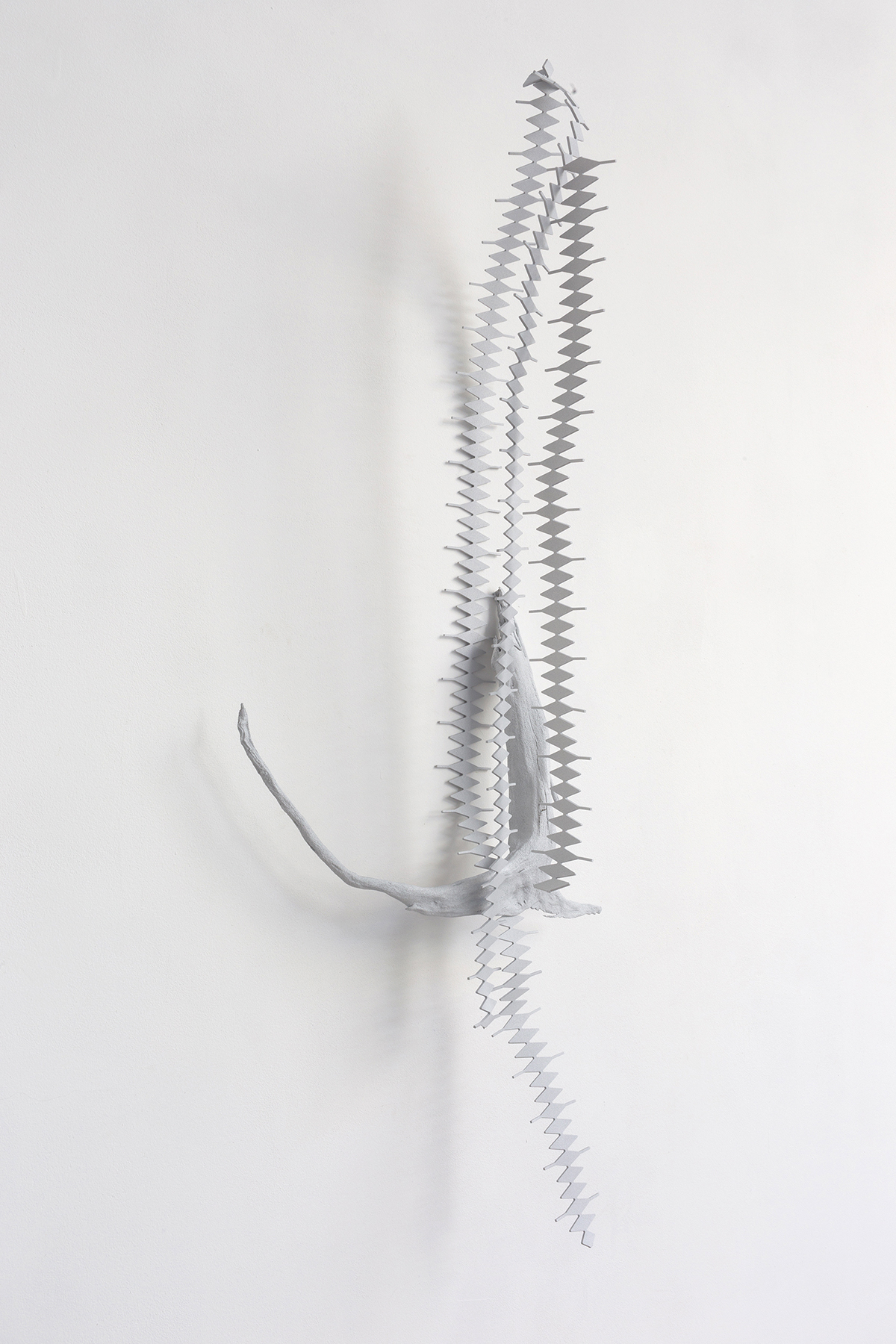 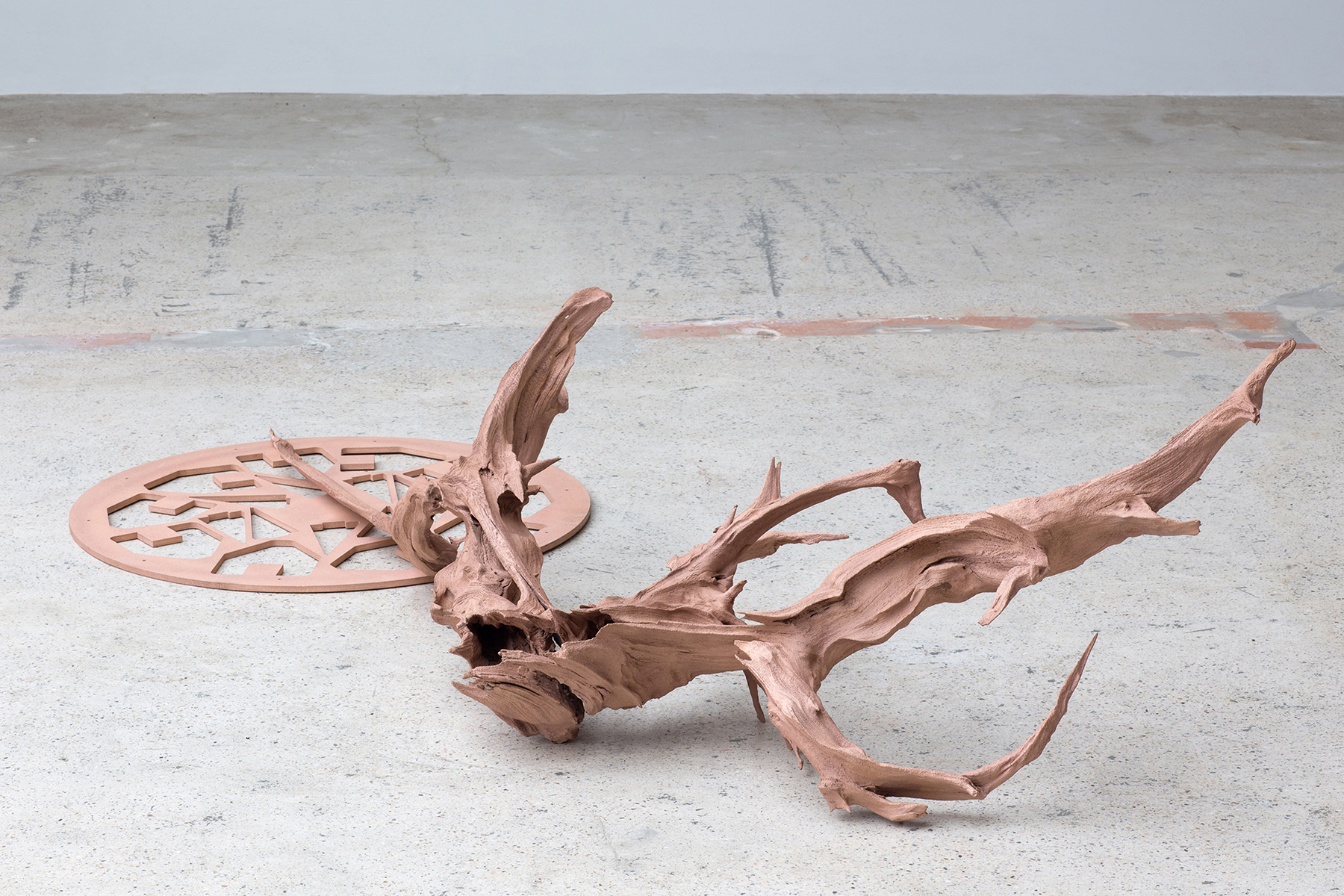 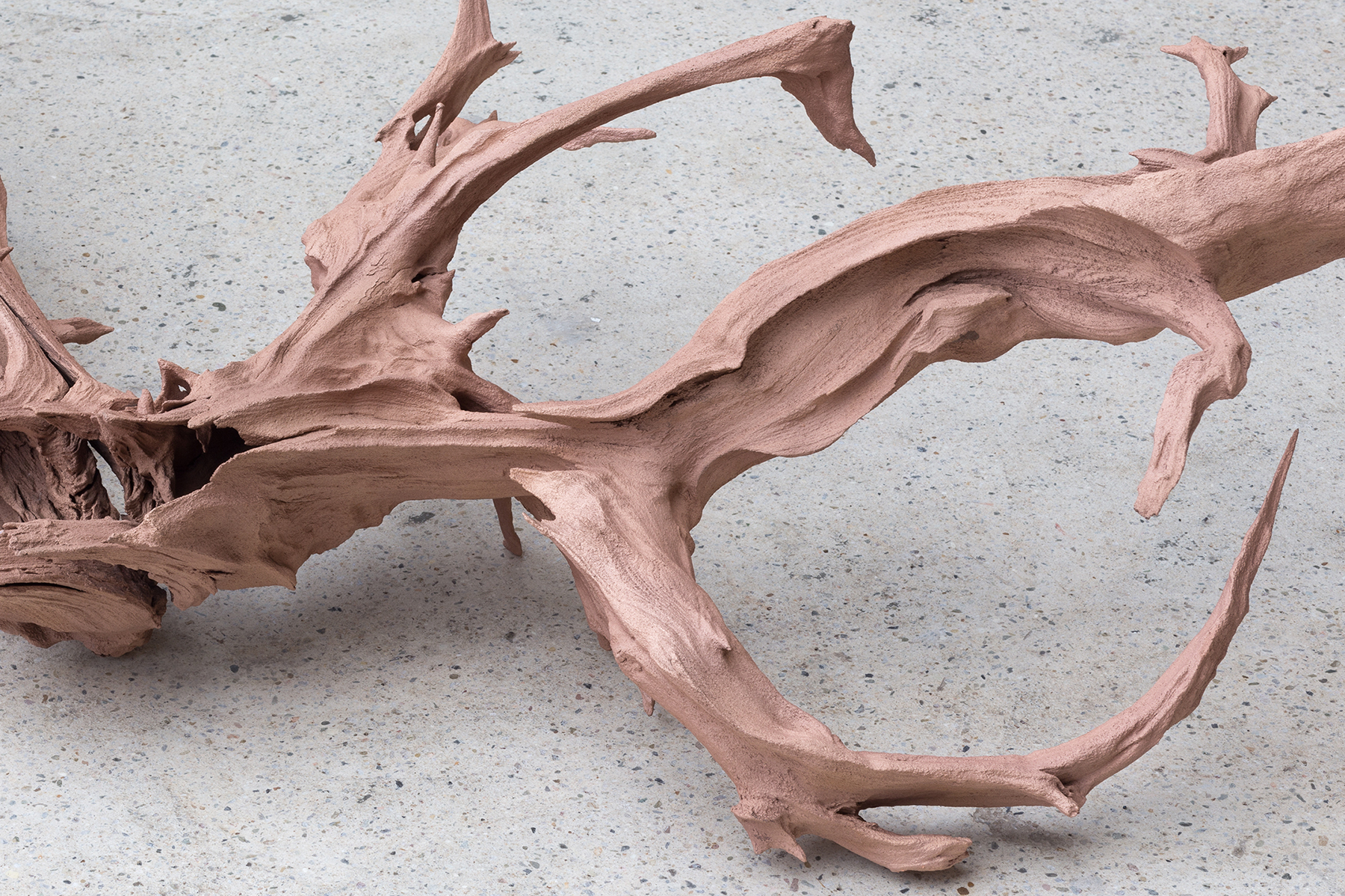 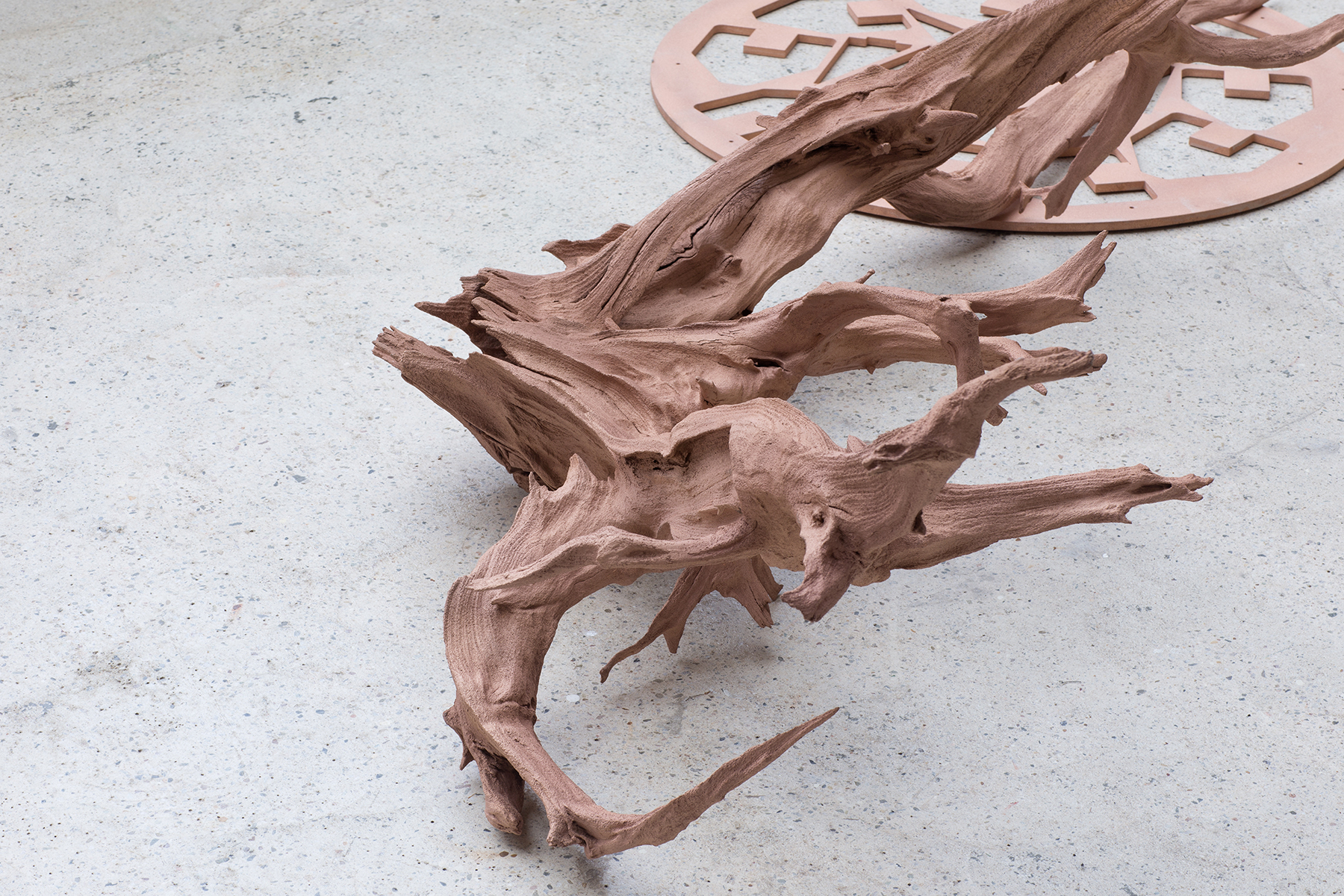 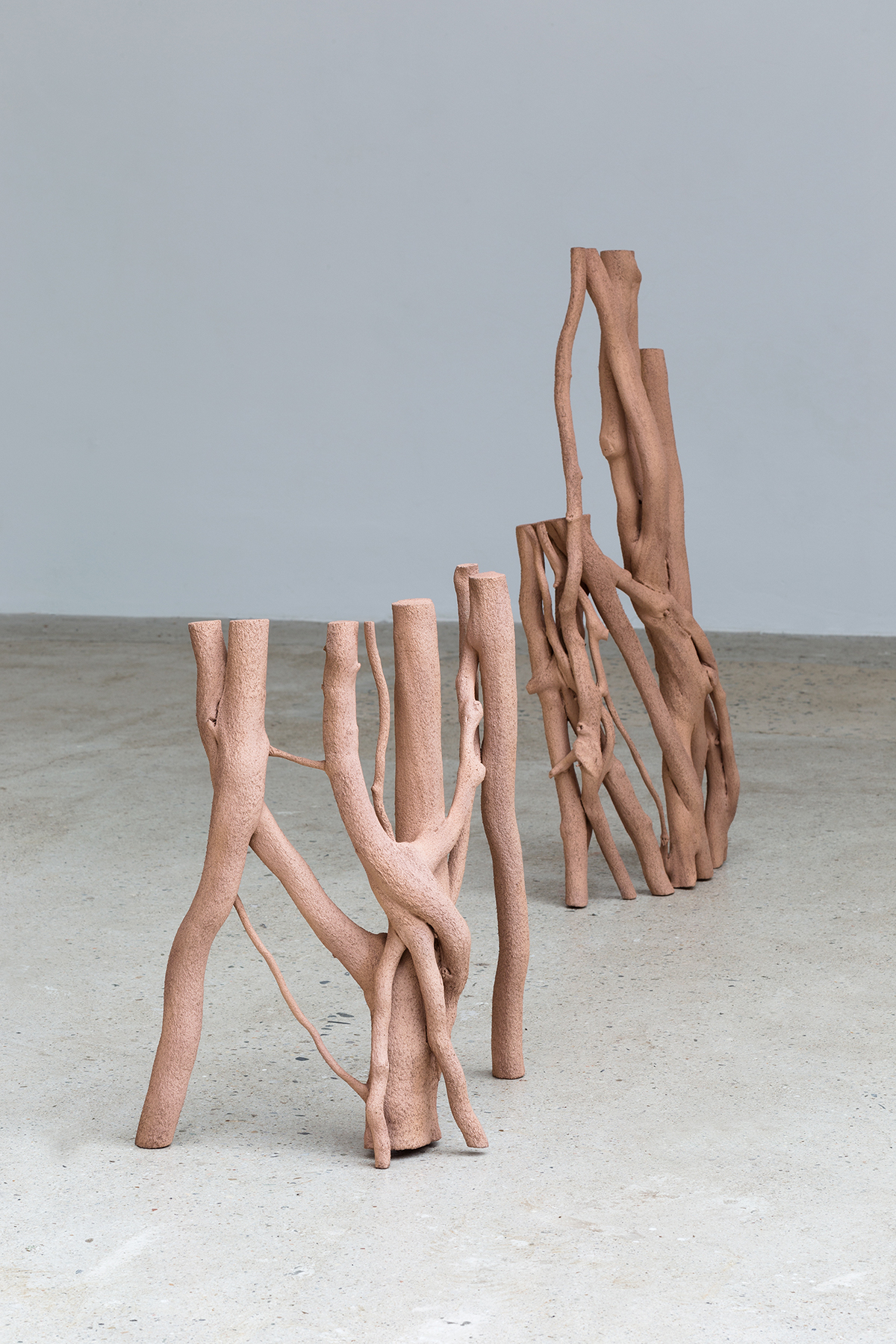 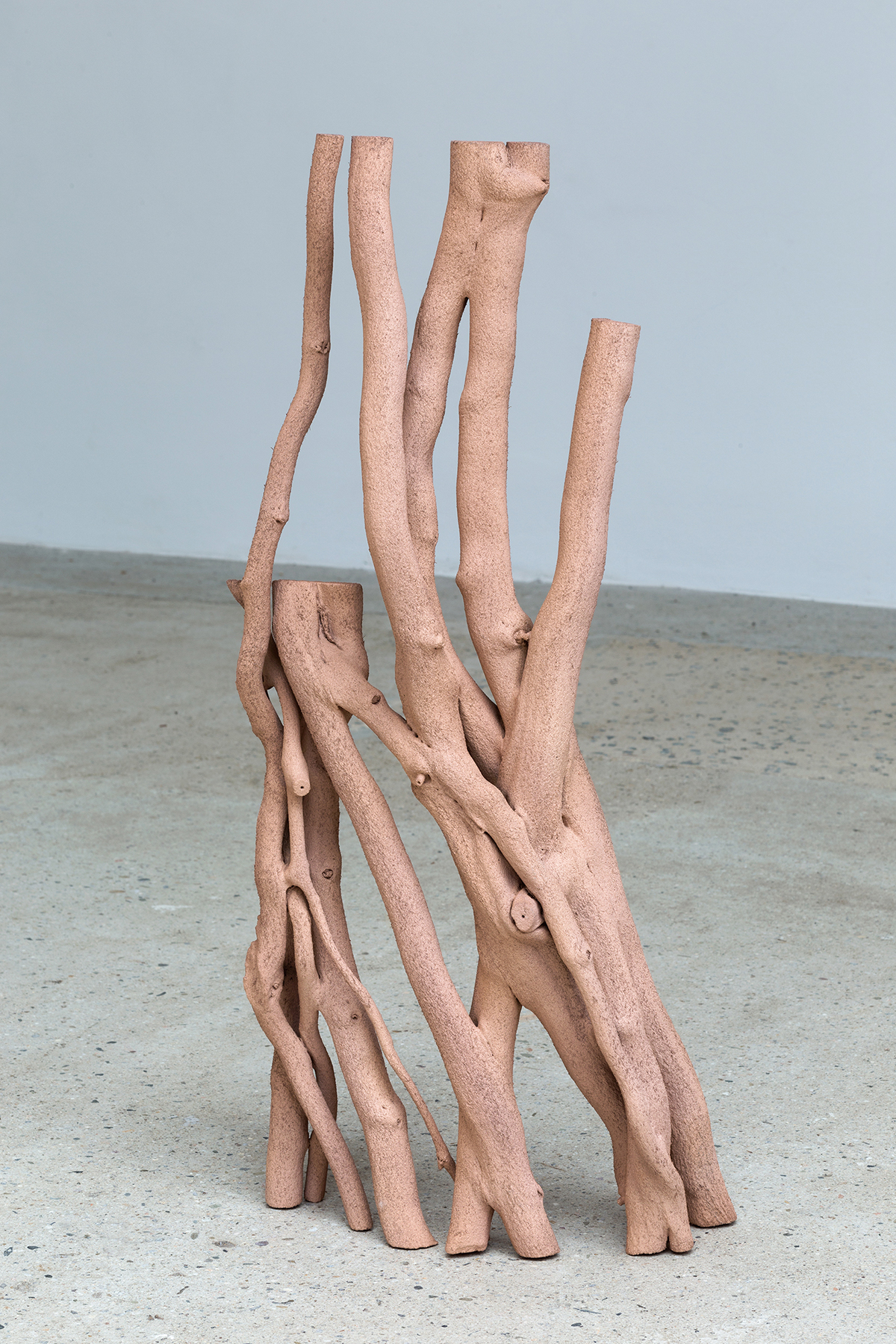 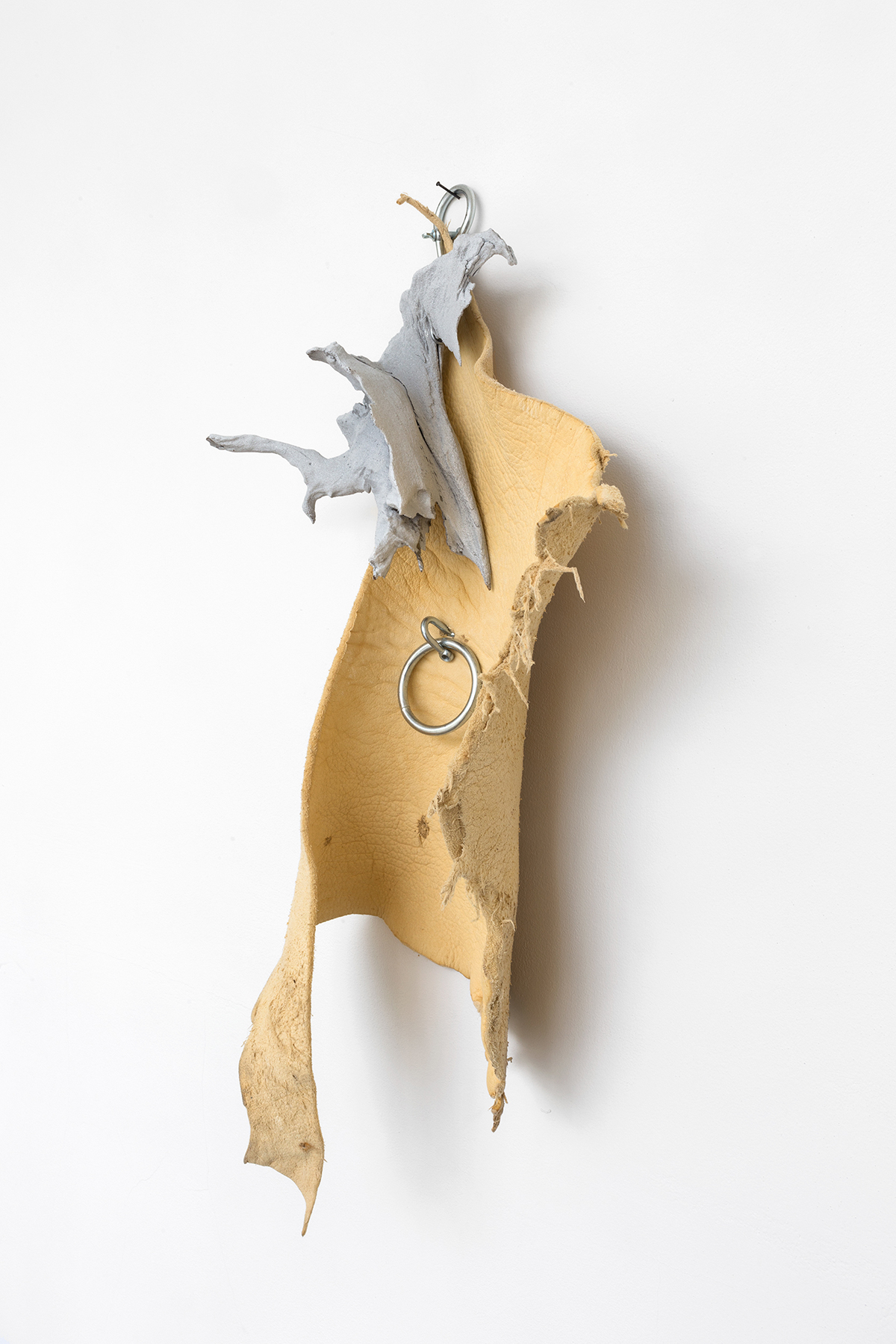 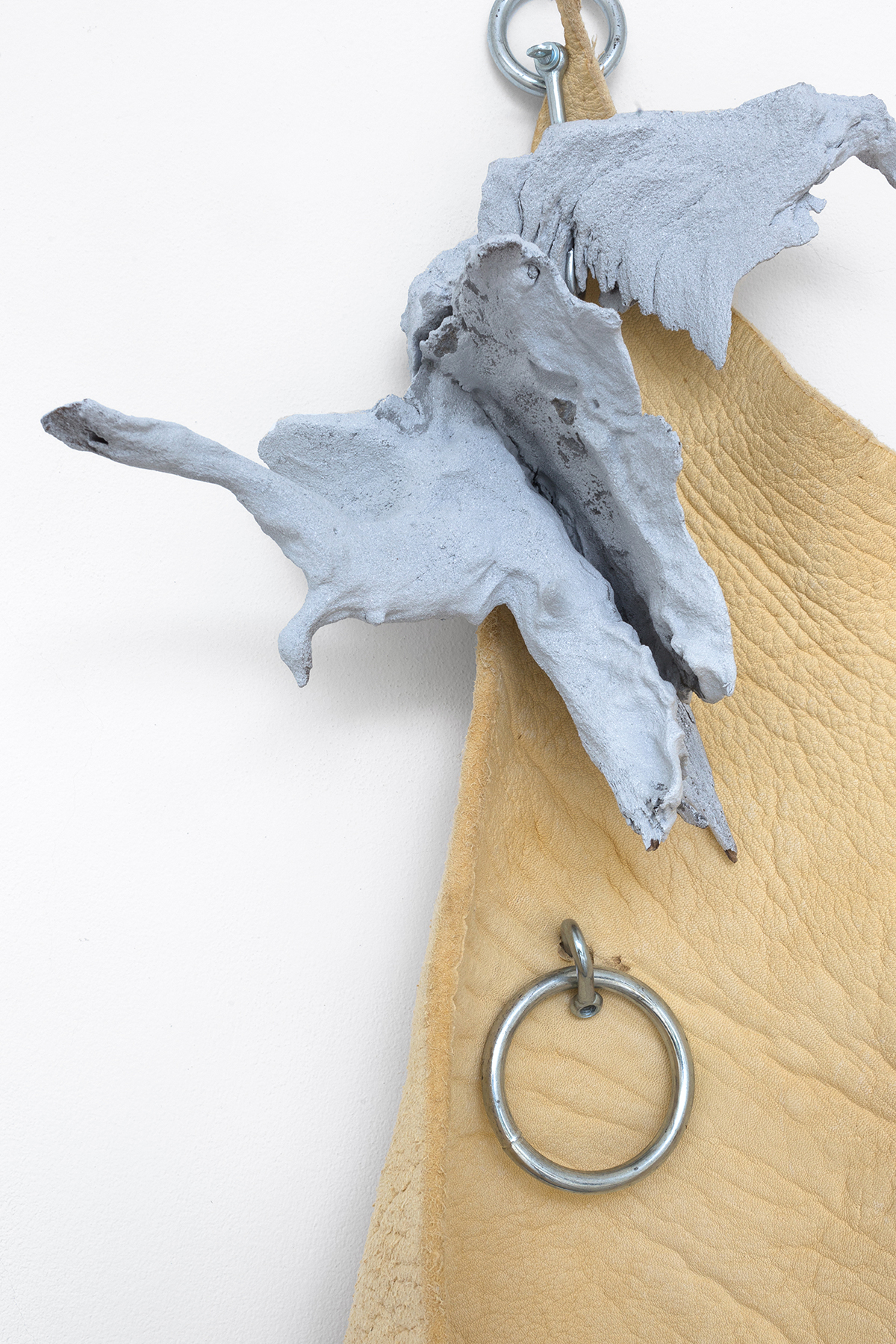 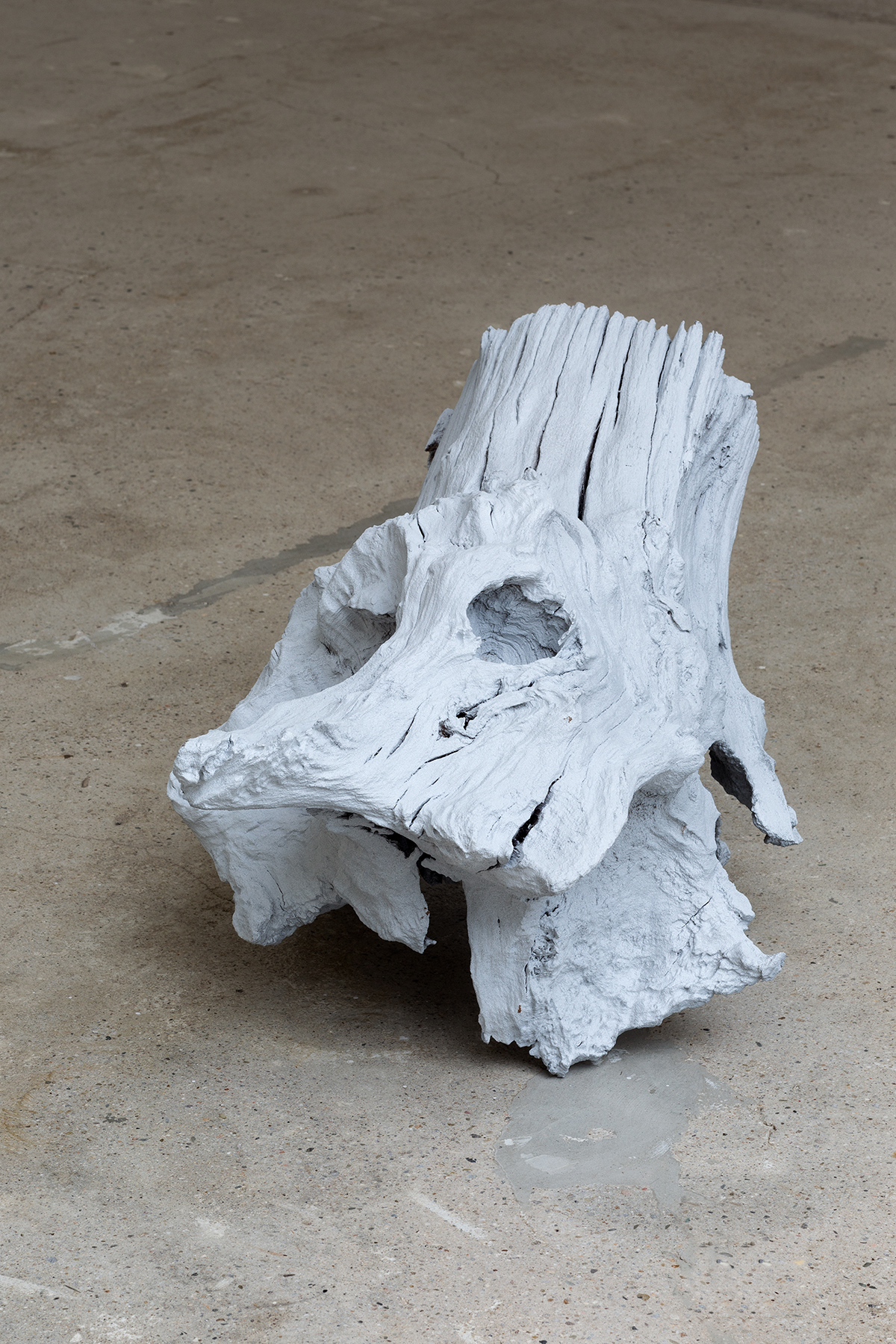 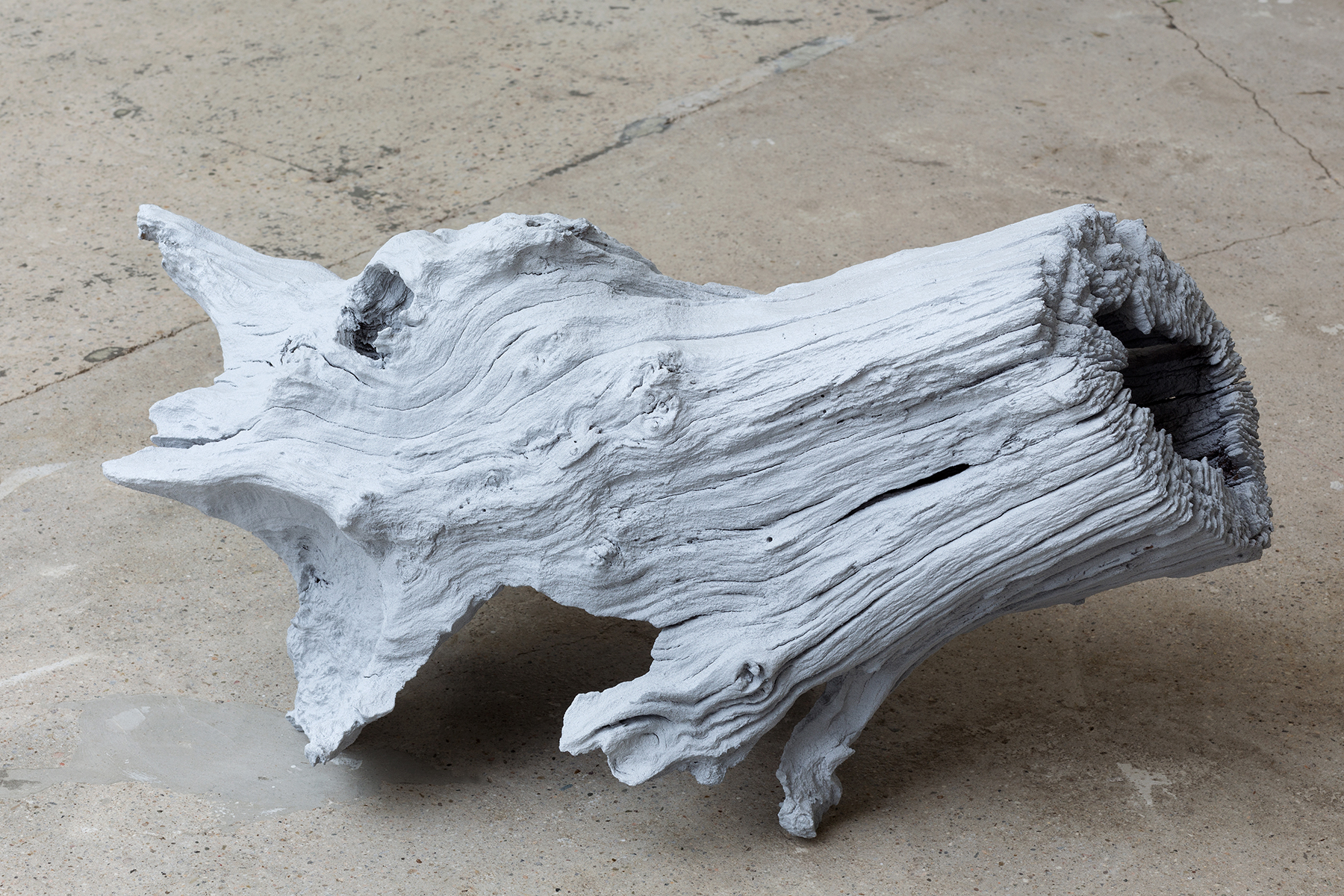 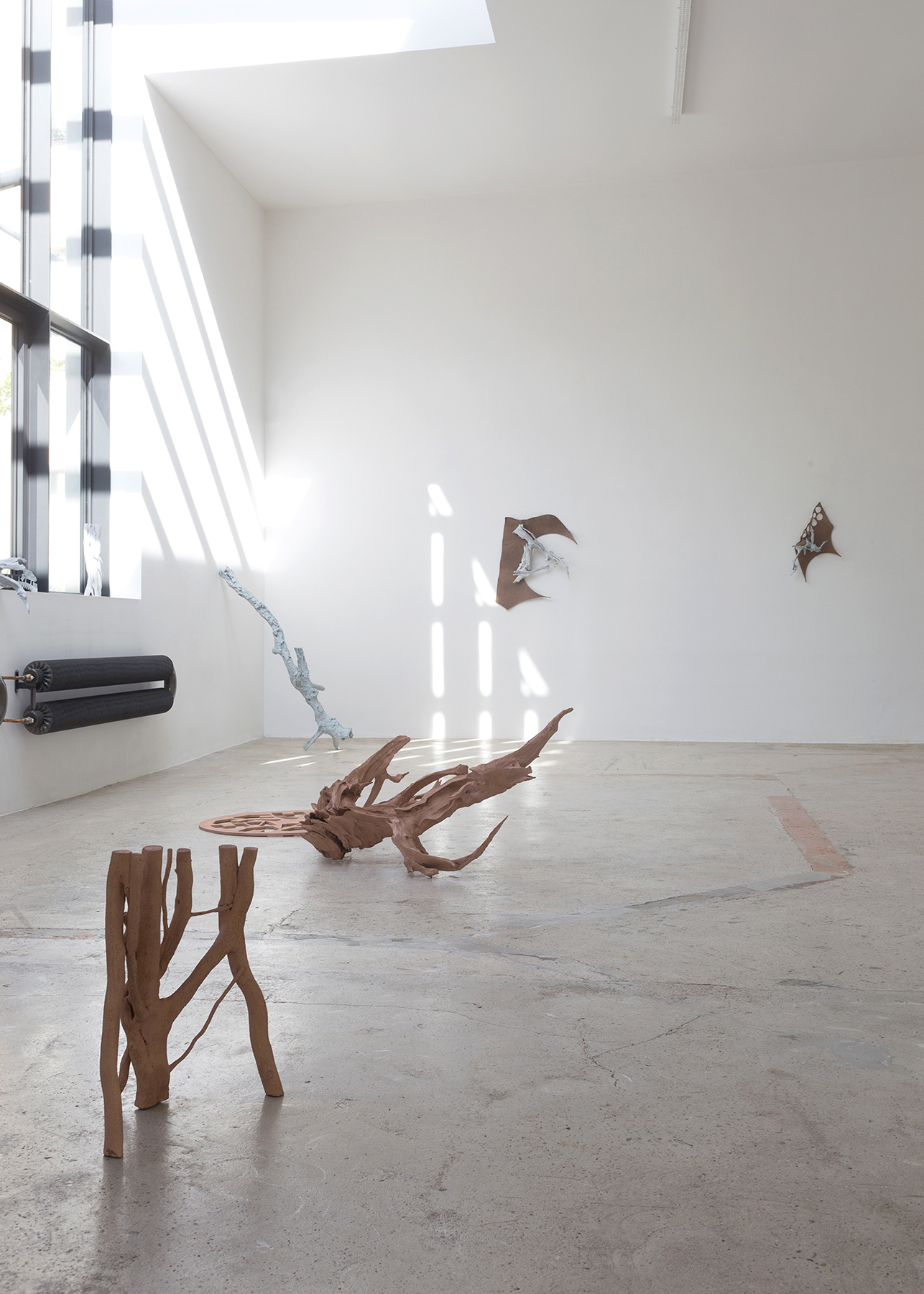 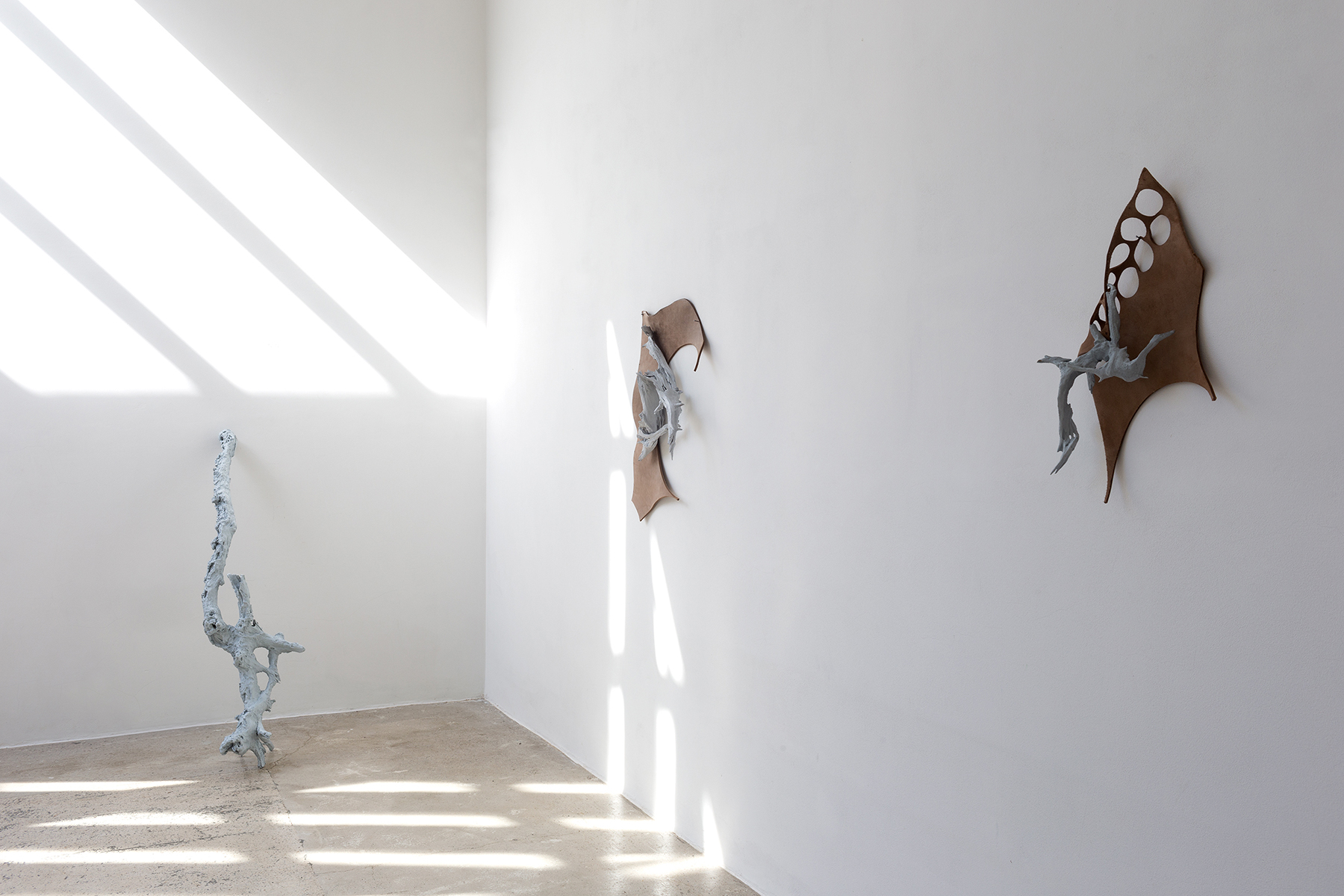 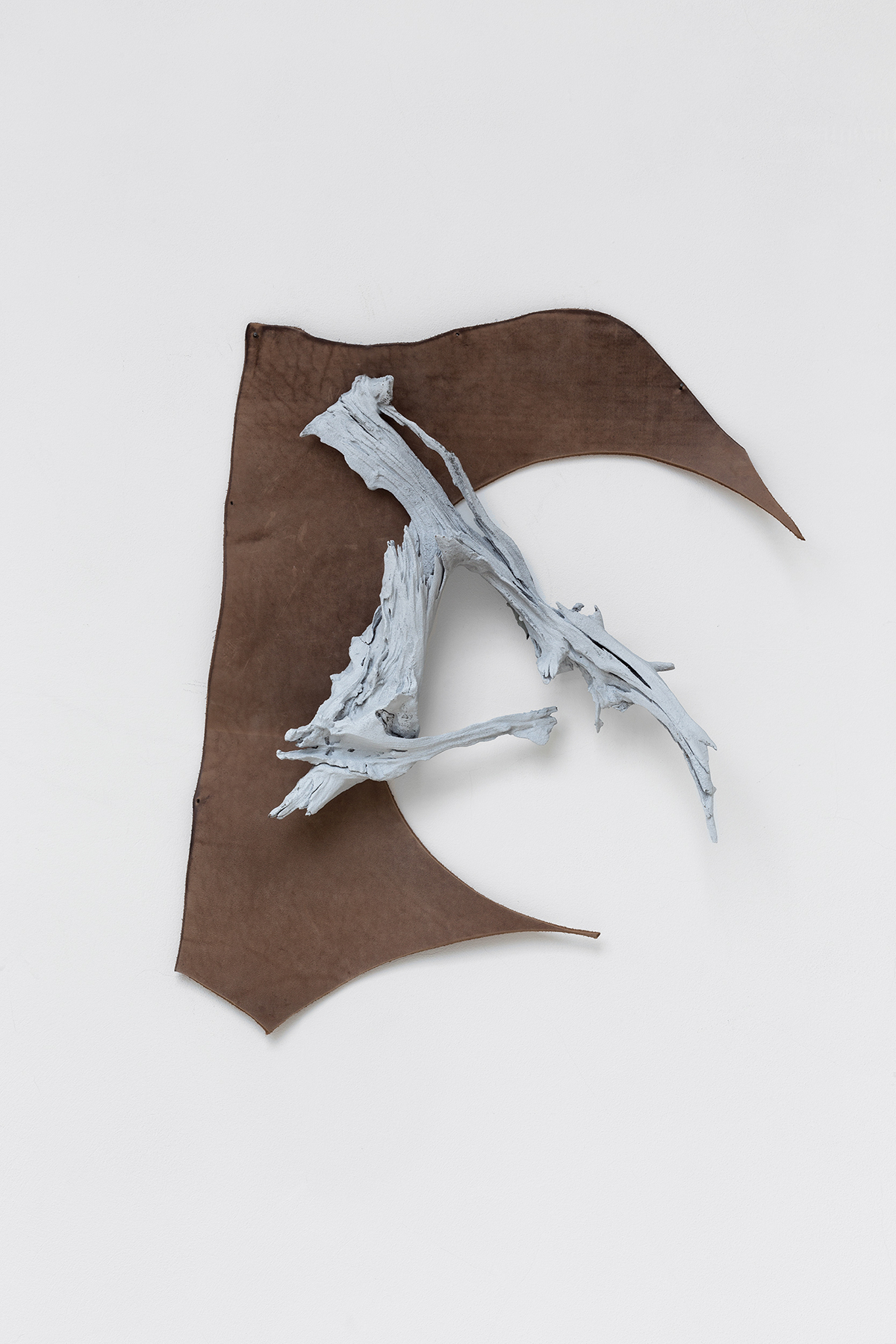 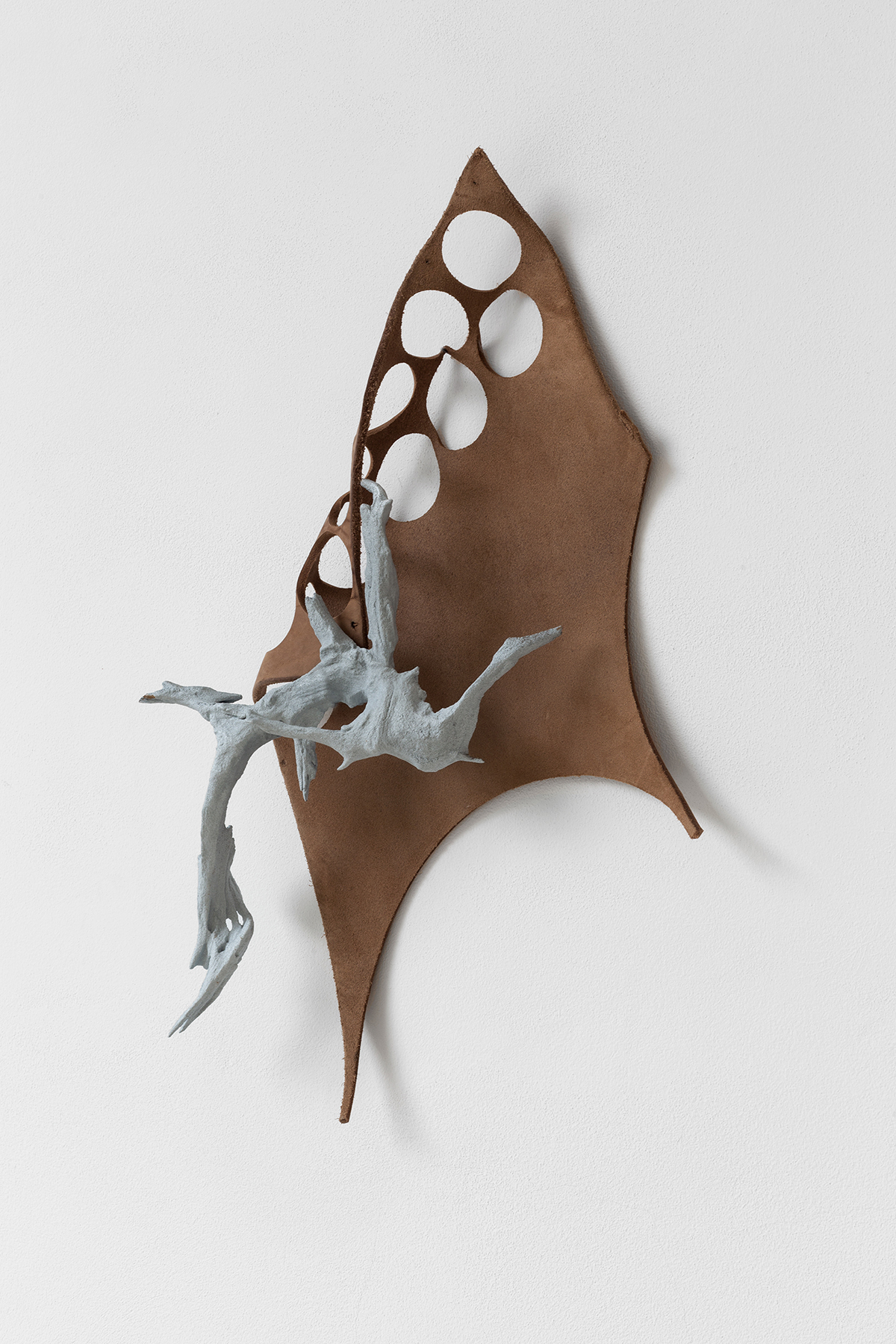 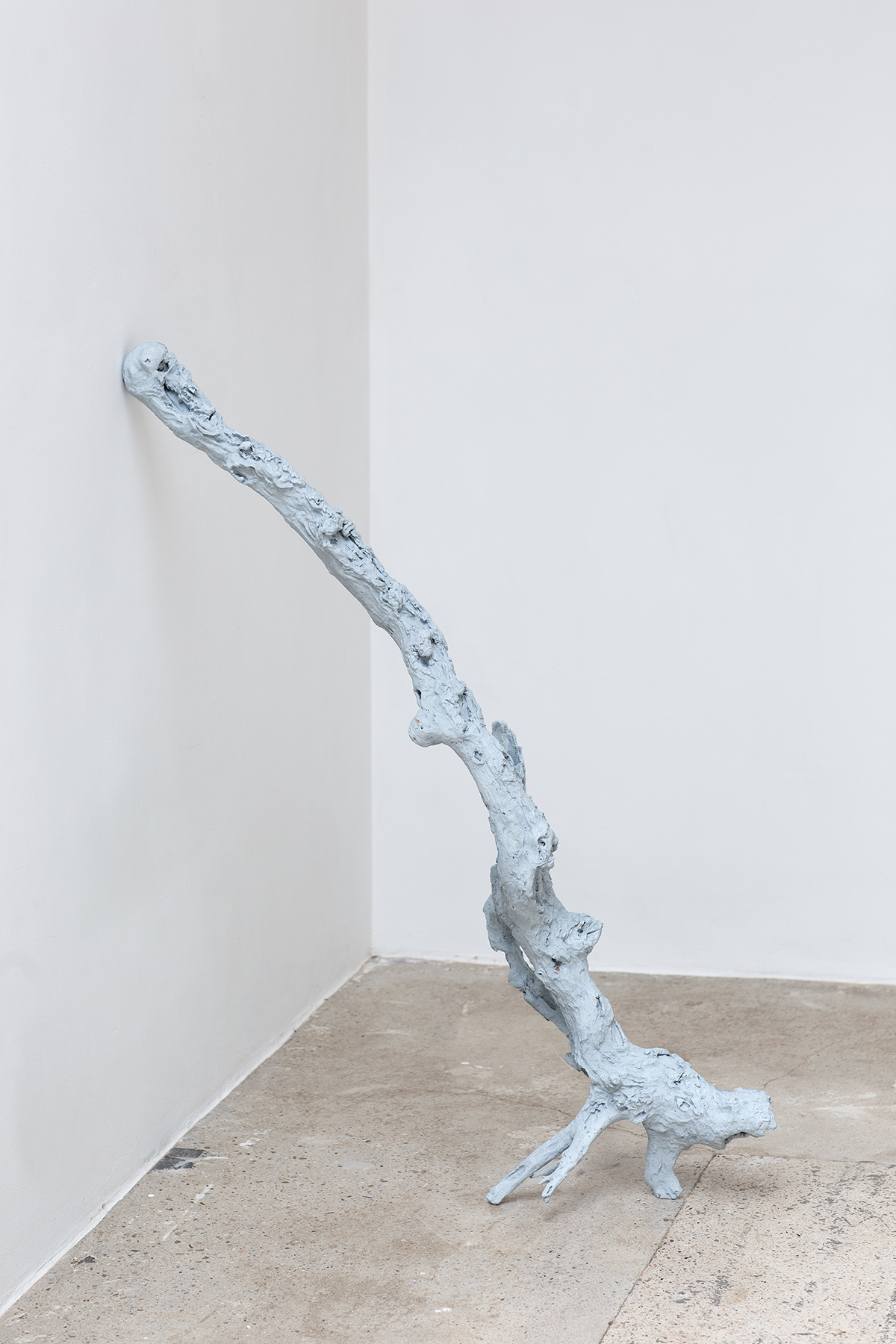 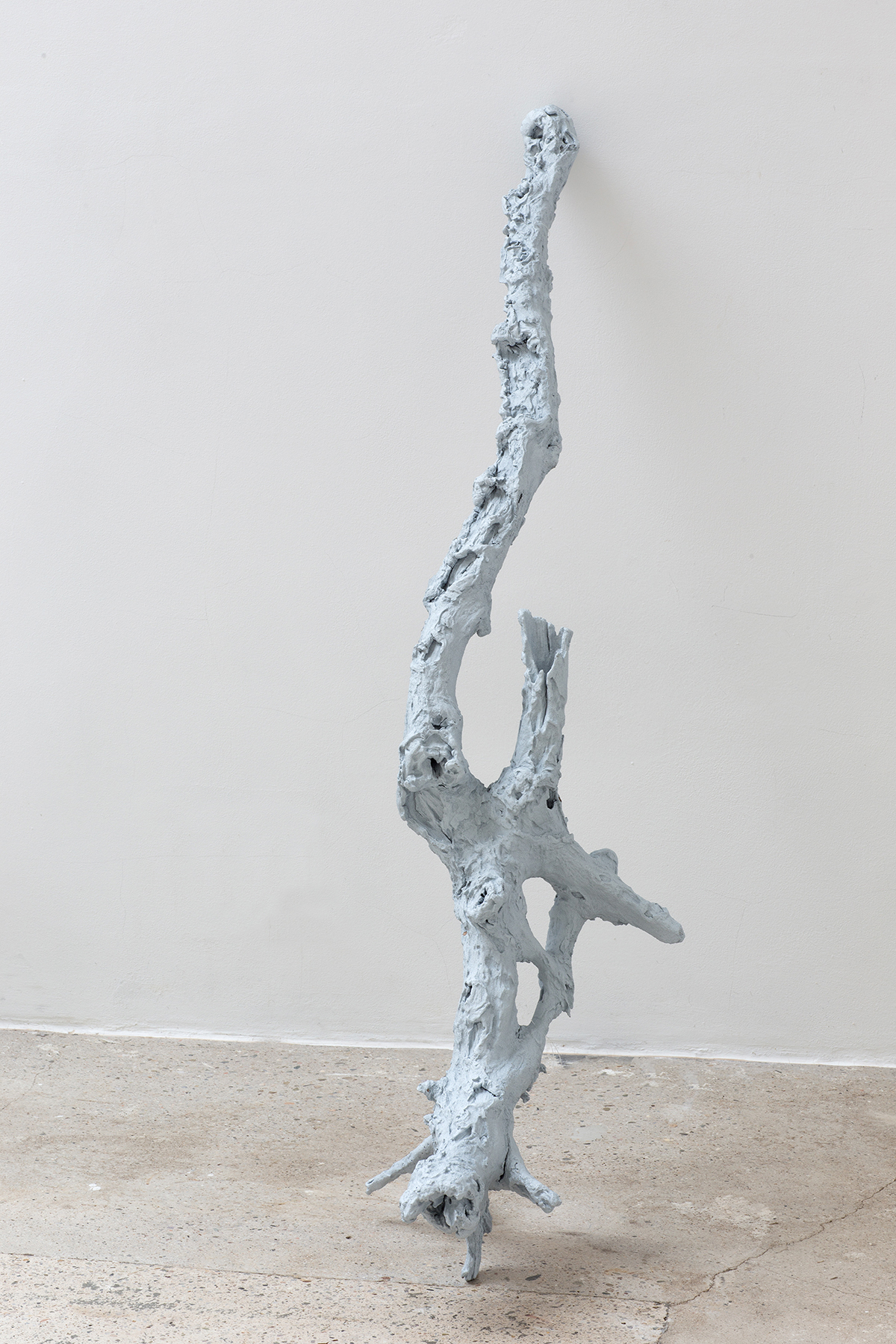 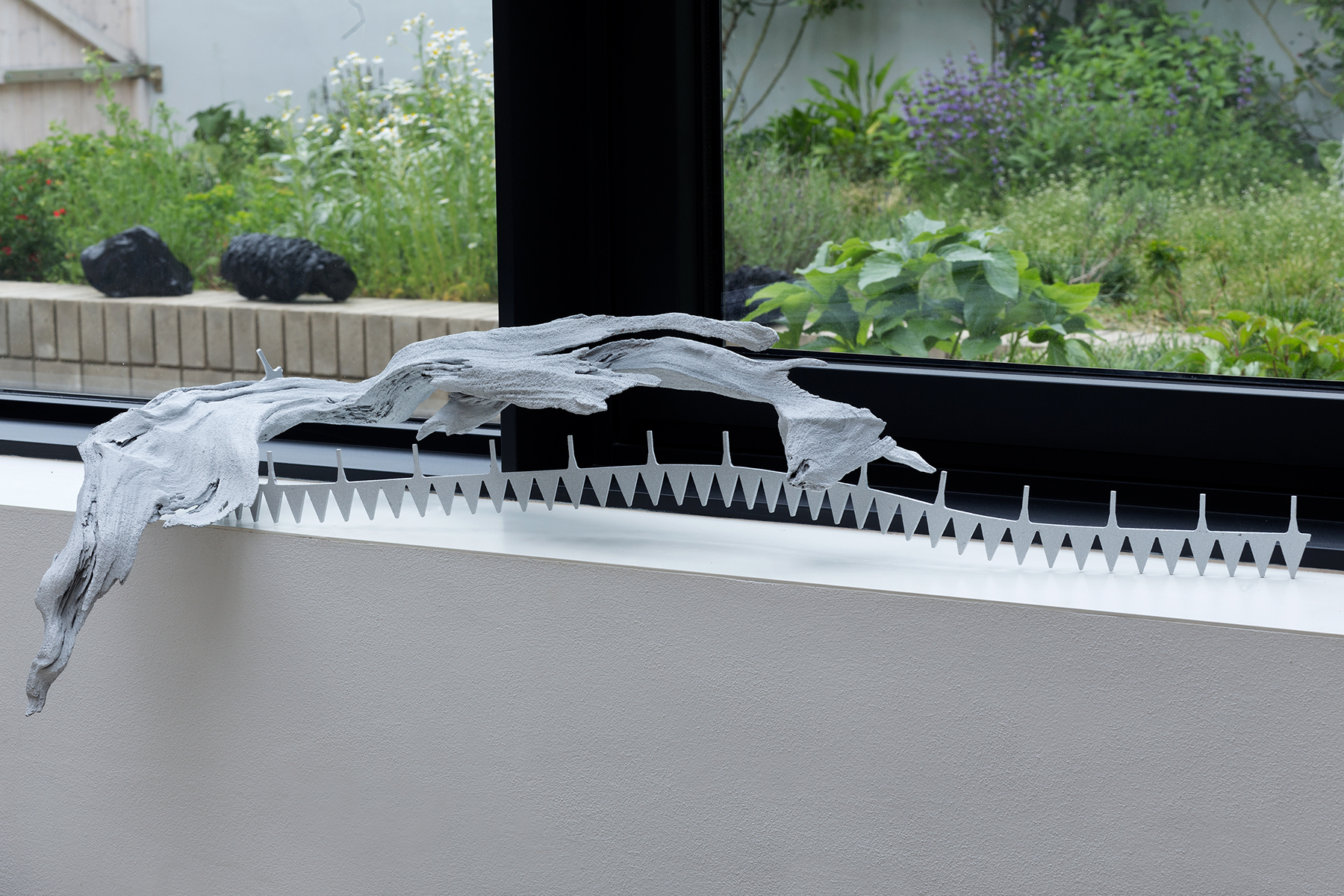 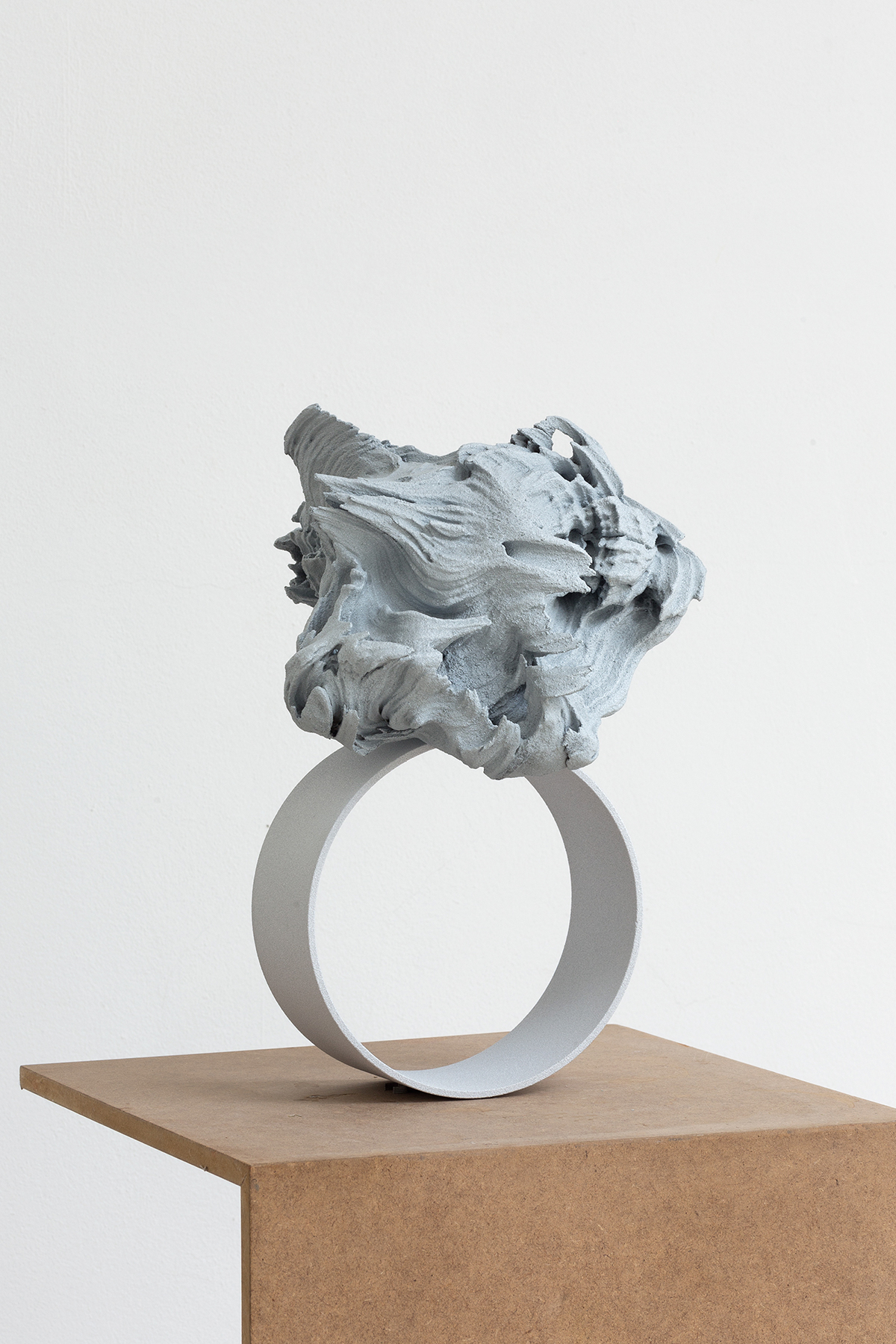 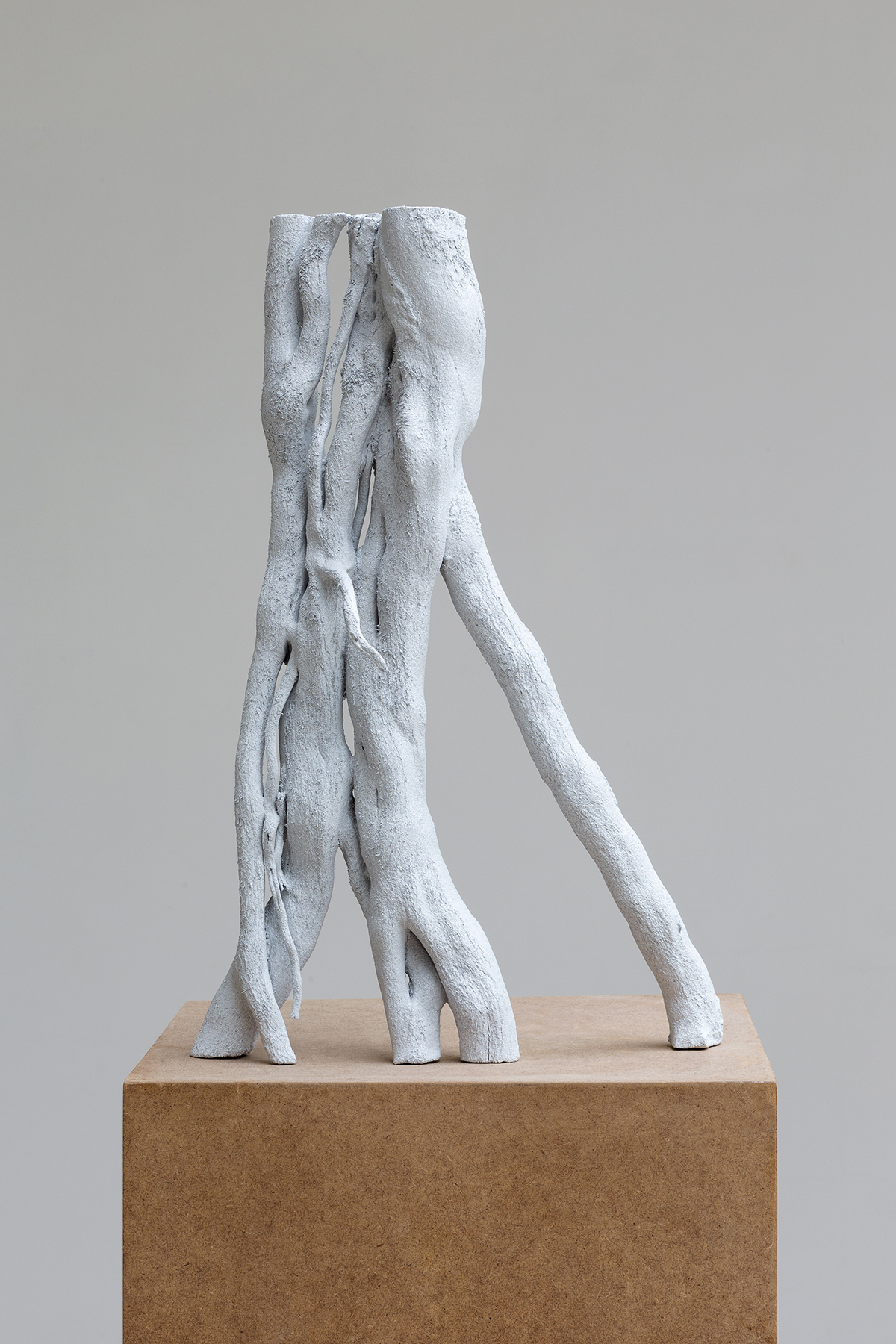 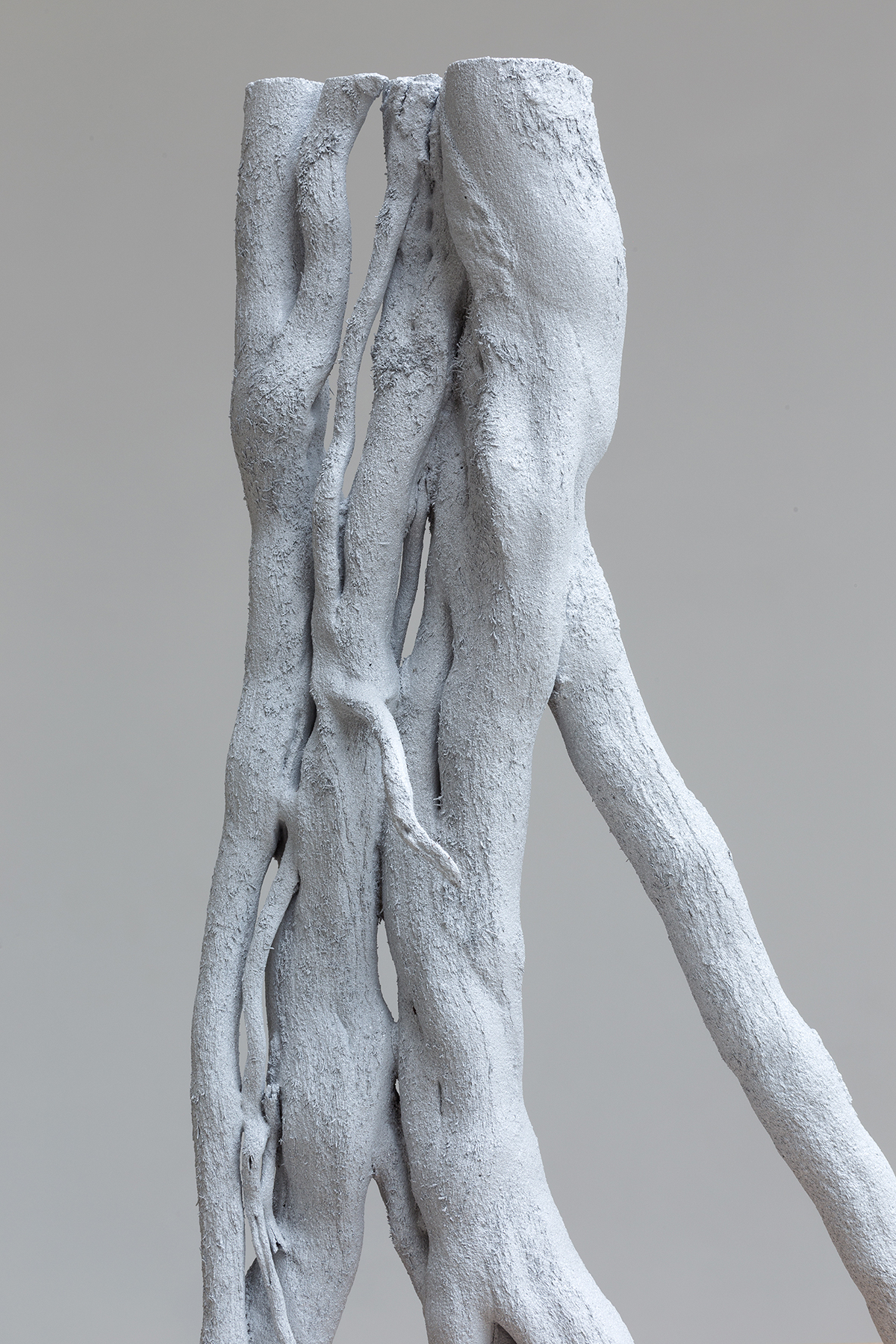