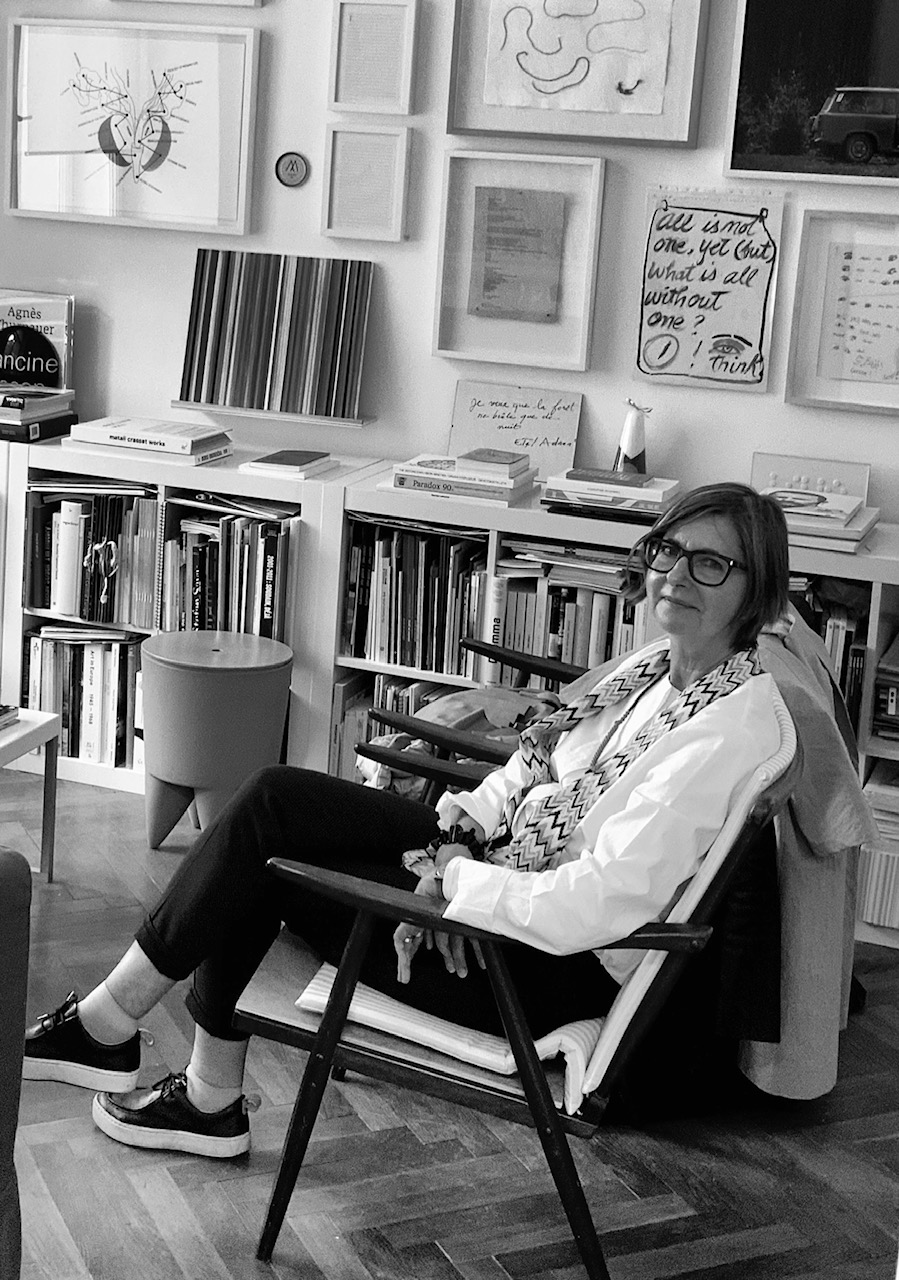 THE FACULTY OF LONGING

"What is more grey, more dusty, more worthy of contempt than the material trail of legal labour through which more writing, more clauses and more code effects the spectacle of justice."

All visitors approaching Gandy gallery from the street must stop at the entrance to be granted access. After tapping in the code they hear the buzzer sound, which when answered, remotely opens the door. Already at this point a negotiation between the gallery staff and the visitor’s wish to be allowed in, begins. At this very moment the actors have been identified, while behind-the-scenes forces have triggered the act of longing. A choreographed set of actions accompany the exchange between the artist, the gallerist and the audience, serving as a clear reminder, part of a well established ritual. Every gallery visit represents a set of spatial as well as social relations and hierarchies of access. Doors and keys play an important role in that system and those who do not hold appropriate keys or passwords will usually be denied entry to certain places.

While standing in the entrance hall of the gallery, the visitors are greeted with the pre-recorded sequence of sounds replicating the actions which have or are just about to take place. The opening of the door, the sound of the fluorescent lights flicker, the chiming of the church bell, the tugging of the door handle fill the space resonating with an earlier moment of experience. As a visual counterpoint to this sequence of different sounds emphasising the transition from the real to the imagined and back to the real, a narrow band of silver wall paper runs around the room at eye level, highlighting the architectural features of the room, subsequently disappearing into a short corridor leading to the next room. This silver ‘ribbon’ marks the walls as a visual semantic terrain acting as a guide, while helping the visitor to acknowledge the different elements, rooms and scenarios associated with the gallery experience. It puts the gallery itself on display, bringing to attention the features of the space previously serving as a site of home life inside a private apartment.

Not all doors can be opened with the same key and not all of them can be opened simultaneously. Doors, originally providing privacy for the inhabitants of the apartment now divide publicly accessible exhibition spaces from the office and storage spaces supporting the functioning of the gallery. For the encounter with art to begin the visitor is encouraged to gain access to spaces which remain behind closed doors. The process involving the actual pressing of the door handles in a try and error manner, with some of the doors remaining firmly closed occupies the first few minutes. Upon successfully gaining access to one of the rooms a closer look reveals images of very different kind of doors printed as life-size photographic objects mounted on the longest gallery wall. Both have been printed on linoleum, a material used to achieve muffling of audible sound often used in law courts, universities and medical establishments. Something remains unsettling in those images of doors with their handles amputated, barring them from performing a principal function of allowing entry. The numbers visible in
the images migrate into the actual space completing the sequence from 201 to 210 placed above the actual doors in the gallery.

The film entitled Dismantling the Faculty of Law produced in collaboration with Galeria Miejska Arsenał in Poznań currently screening at the 11th Göteborg International Biennial of Contemporary Art GIBCA (4th September - 21 November 2021) may provide a key to interpreting the project presented at the Gandy gallery. The film narrated by a female protagonist explores what effects do legal frameworks, norms, and serving of justice have on our lives. What originates from the spoken and visual narrative of the film begins to penetrate the spatial layers of the gallery itself with emphasis on entry and access articulated by the presence of doors, handles and thresholds, both real, imagined and photographically rendered. Embedded in the history and the materiality of what was formerly a private apartment, the film draws the visitor's attention to the physical routes of access exposing the gallery as a specific example of social organisation, where rules and norms have been long established to uphold a particular value system.

Finally, just as some doors remain forever closed, some voices cannot be heard. The three round-shaped prints entitled Inaudible Truth picturing film cans filled with reels of magnetic tape and celluloid bring us back to the technologies of recording and materials used to create images and sounds while helping to preserve memory. Analogue materials such as these deteriorate over time when exposed to air and light, so their life span is limited. While we see the image of the materials upon which recordings were made, they are unable to reveal what has been recorded and said, which doesn’t mean they don’t reveal anything. The image of their own deterioration has been elegantly captured and printed on aluminium sheets as a kind of memento to the instability of our own memory and realisation how quickly valuable knowledge may perish in our lifetime, right in front of our own eyes.

Marysia Lewandowska is Polish born (1955) London-based artist who has been exploring the public functions of archives, museums and exhibitions. She has initiated projects involving the property of others to create new relations between forms of knowledge and ownership, activating reflections on the social and immaterial public realm. In 2009 she launched The Women’s Audio Archive with recordings made in the 1980s reflecting the value of alternative histories and the female voice. How Public is the Public Museum? Moderna Museet (2010); Film Triple C. Editing the Century (2015) Vienna Biennale, MAK; Re-Negotiation Artspace, Auckland (2015). Property, Protest, Commons Asia Art Archive, Hong Kong (2015); Comment is Free Institute of Modern Art, Brisbane (2016); Millions Will Thank You commemorated 50th anniversary of naming the Hayward Gallery, London (2017); Her recent film Rehearsing the Museum (2018) Entrée Gallery, Bergen (2018) proposes new typology for a museum in China, connecting financial and property speculation with cultural transformation of capital into commons. It acts as a sequel to Museum Futures. Distributed (2008).  Cinema Island consists of a film exploring the relationship between female voice, and tenderness through stories present in privately obtained video footage and publicly available archival material shown inside a cinema pavilion designed in collaboration with MMI Architects for Abu Dhabi Art, UAE (2018/19). Her work “it’s About Time” was a Special Project curated by Ralph Rugoff for the Pavilion of Applied Arts at the 58th International Art Exhibition La Biennale di Venezia. Her latest film “Dismantling the Faculty of Law” has been included in the 11th edition of GIBCA opening in Gothenburg on Sep 4th. She is currently collaborating with Kunsthalle Baden Baden on a long term project entitled “Institutional Healing”.

Her work has been presented by Tate Modern, Moderna Museet, Muzeum Sztuki, New Museum, Tapies Foundation, Kunstwerke, Whitechapel Gallery. She has served as Professor of Art in the Public Realm at Konstfack in Stockholm (2003-2013), Chinese University of Hong Kong (2014-2016) and most recently at Goldsmiths College, London. She is co-editor with Laurel Ptak of Undoing Property? Sternberg Press 2013. 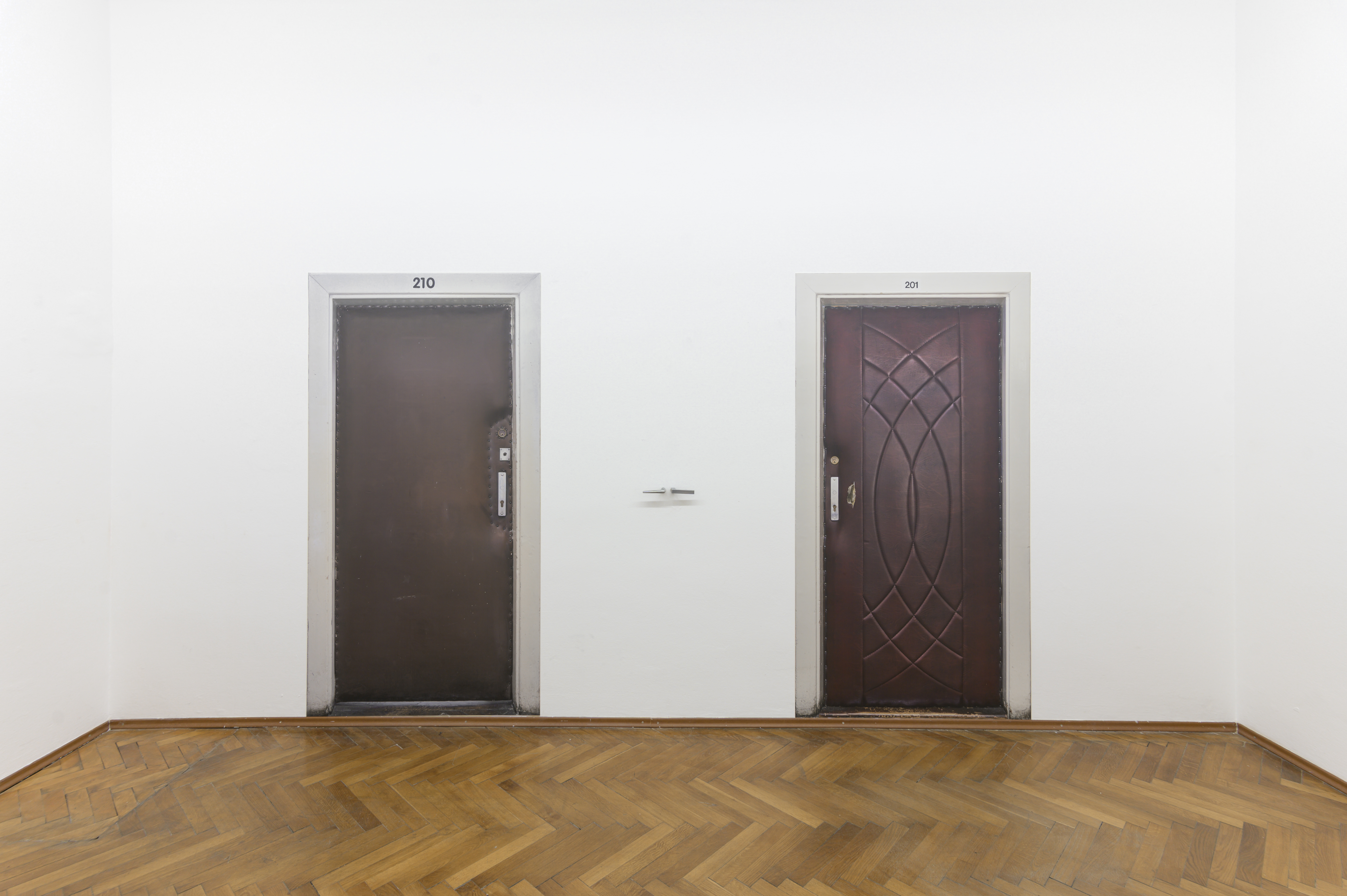 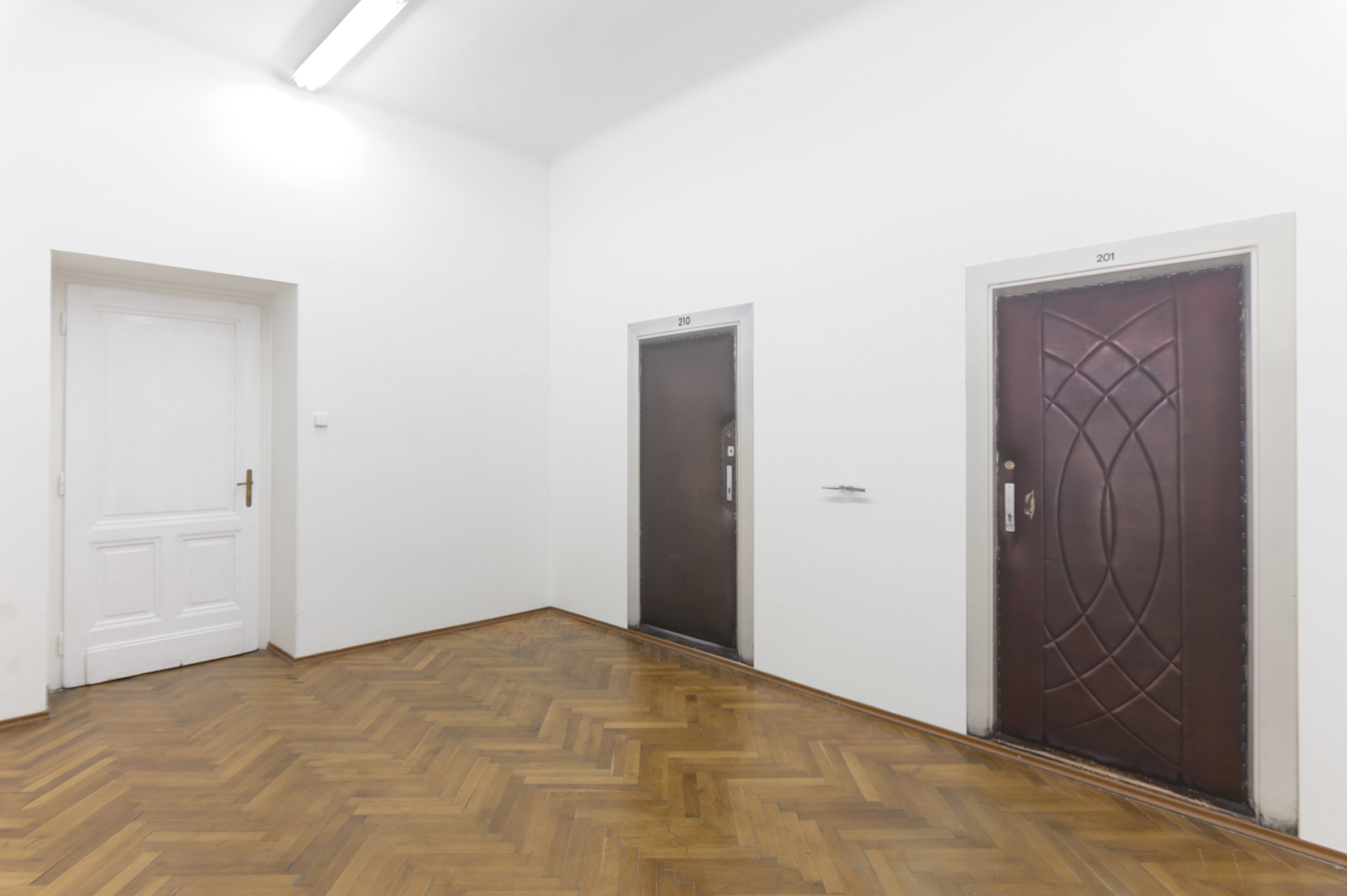 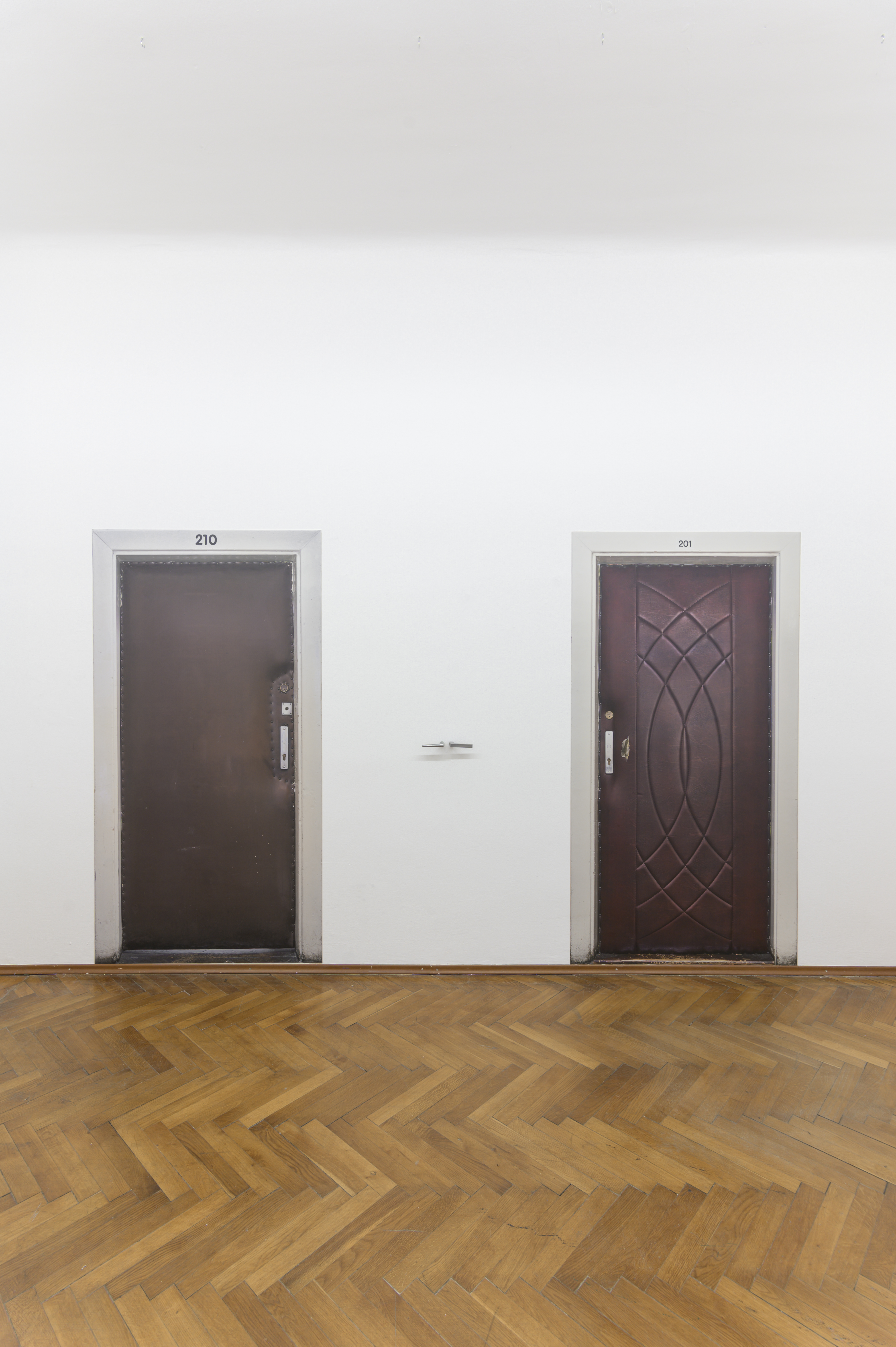 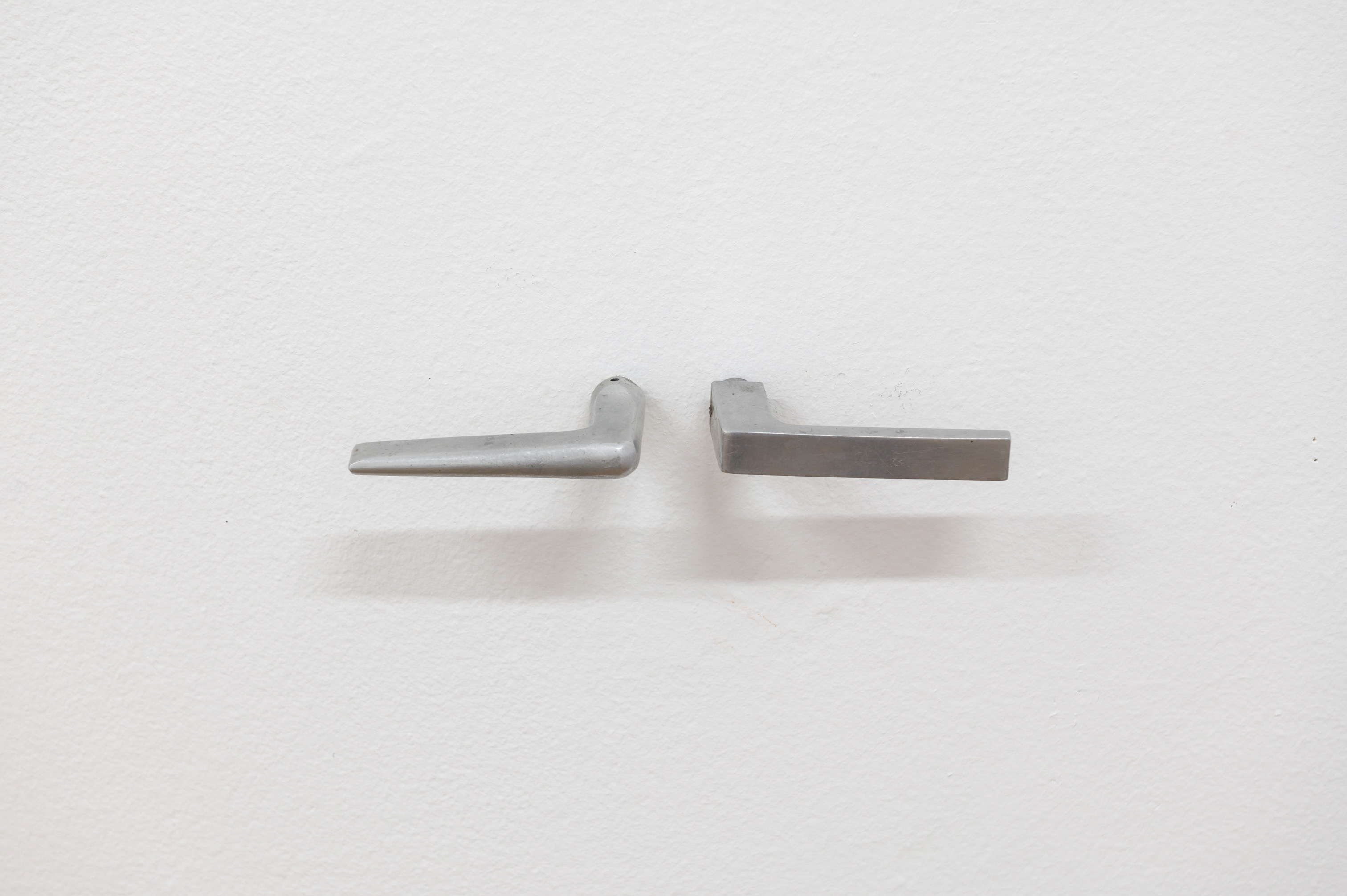 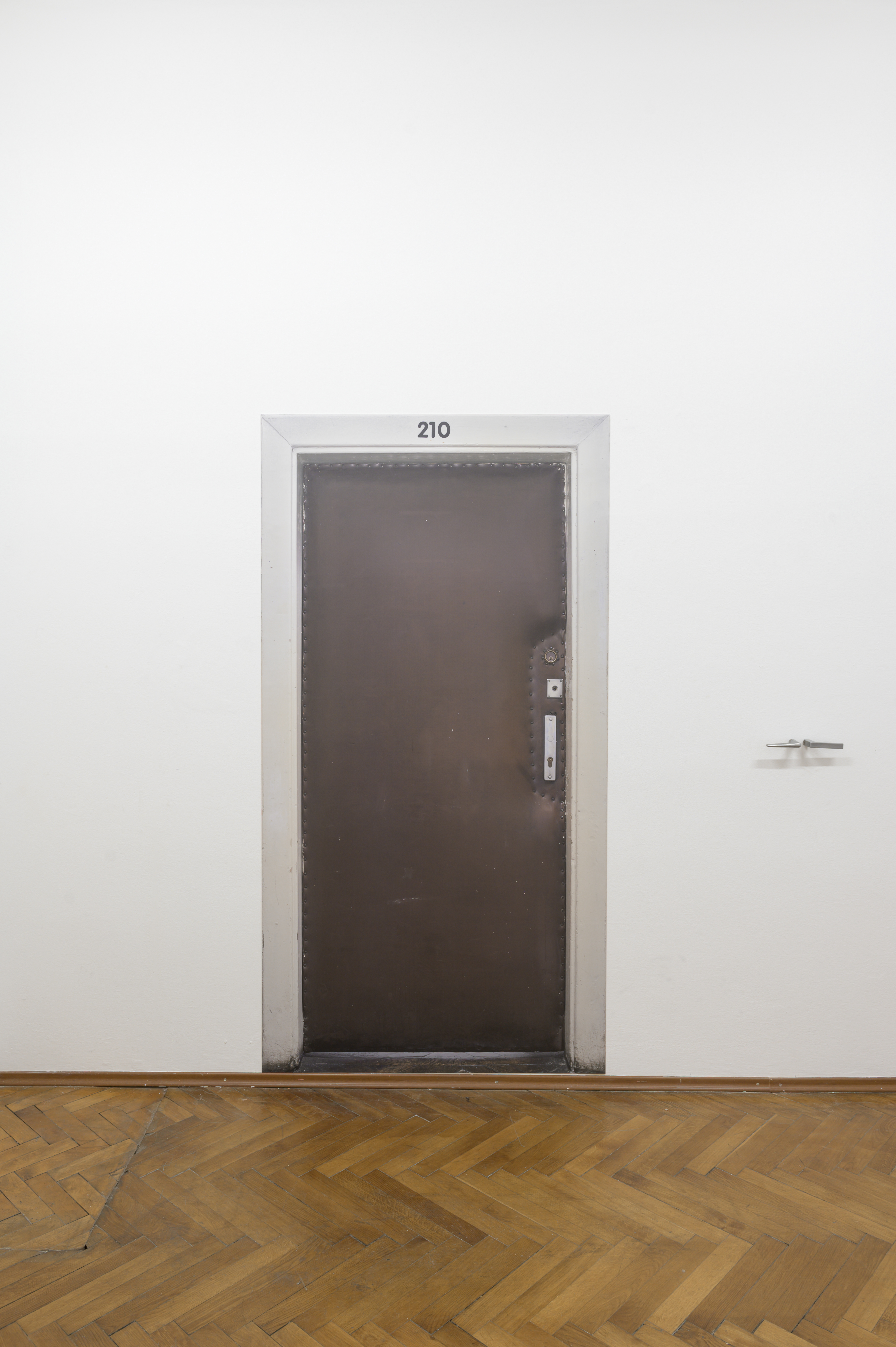 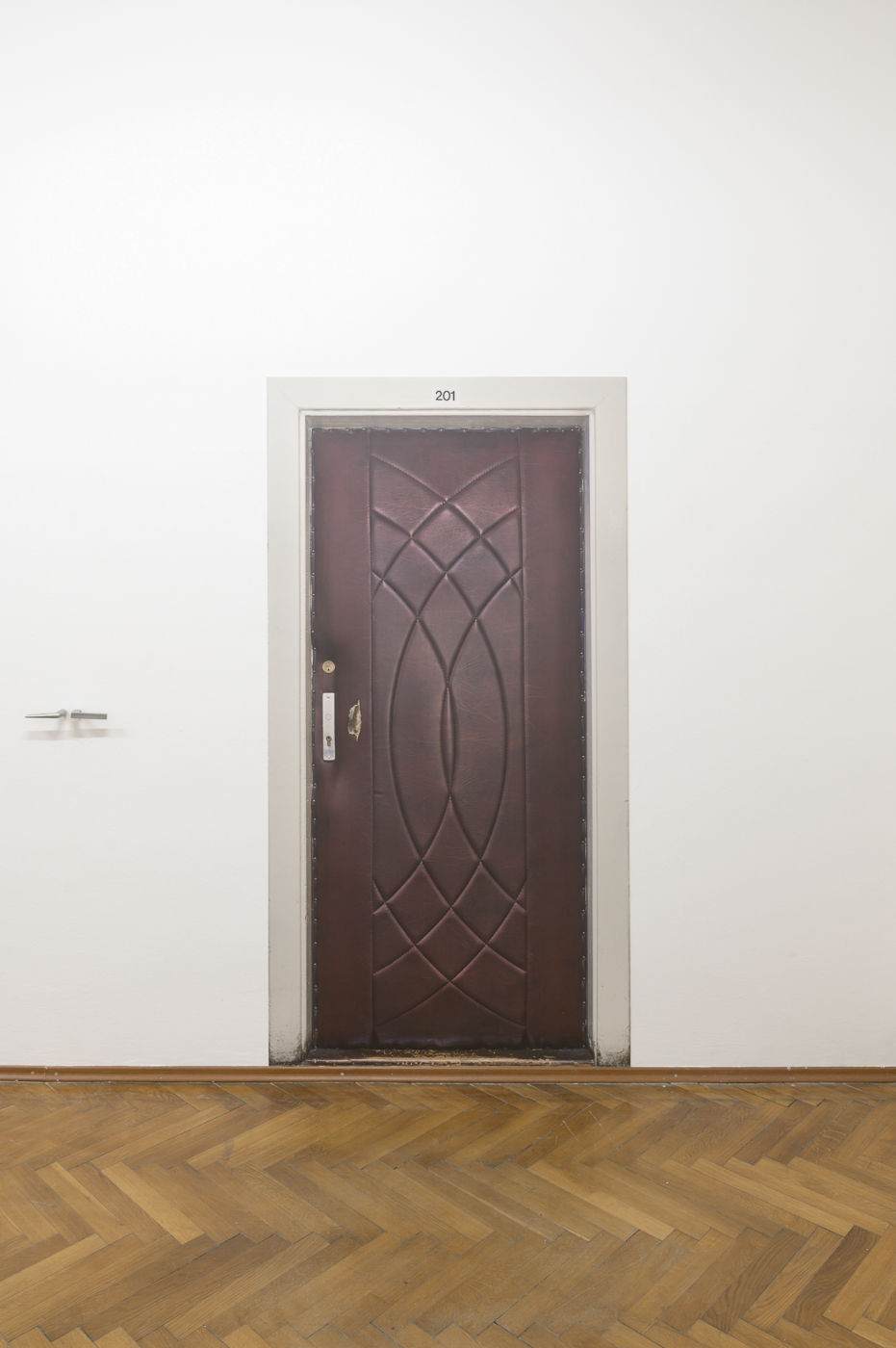 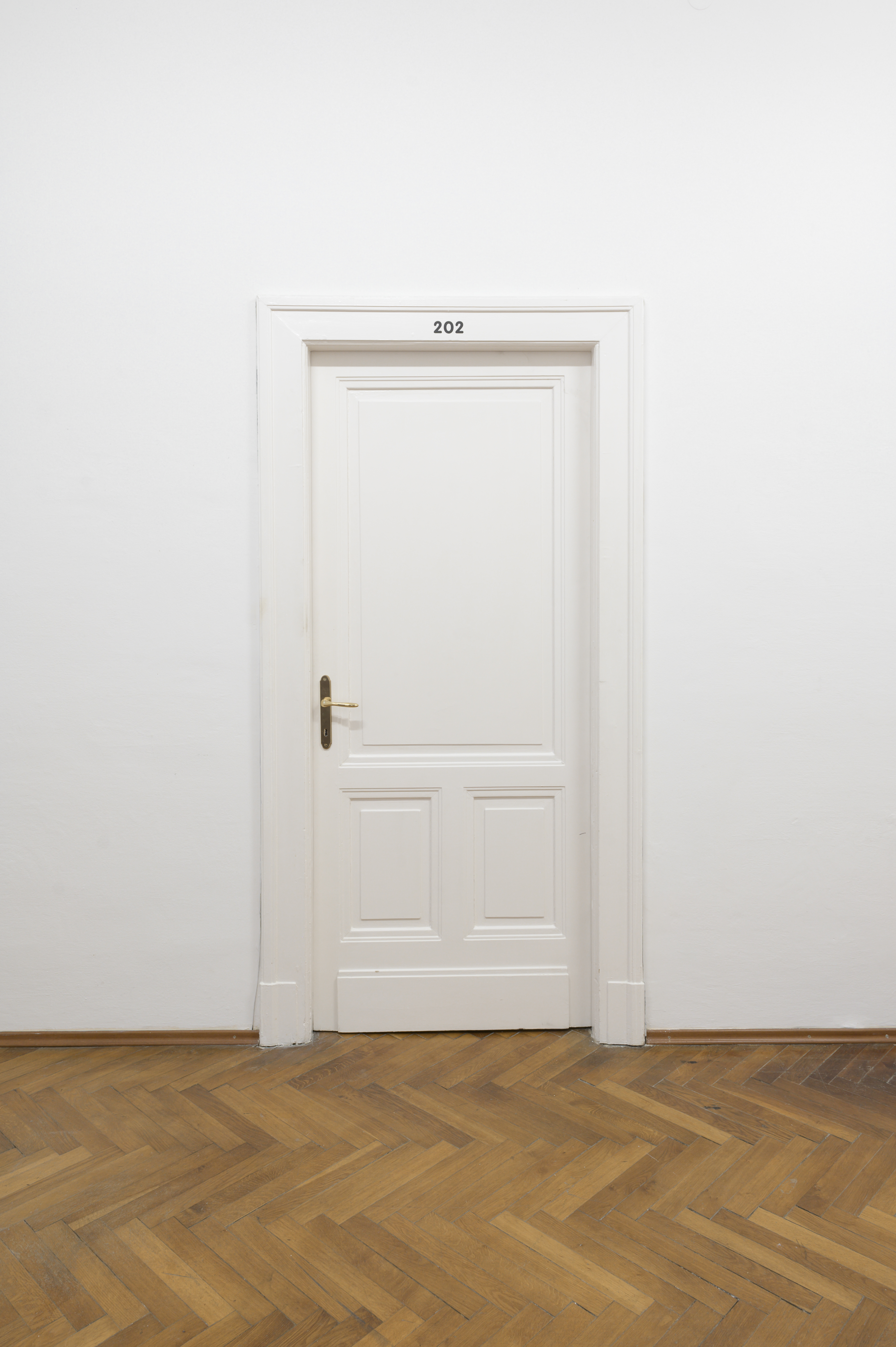 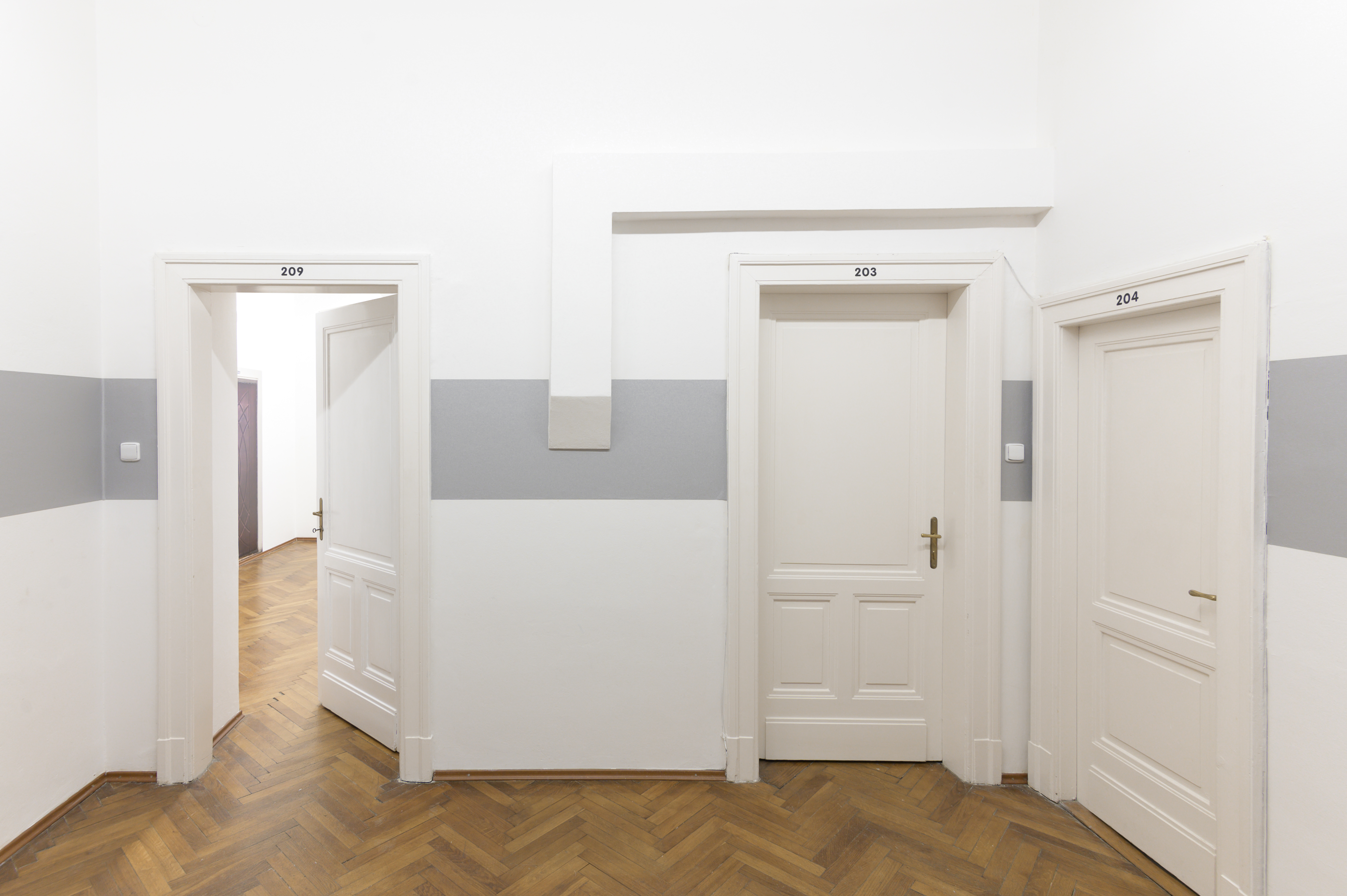 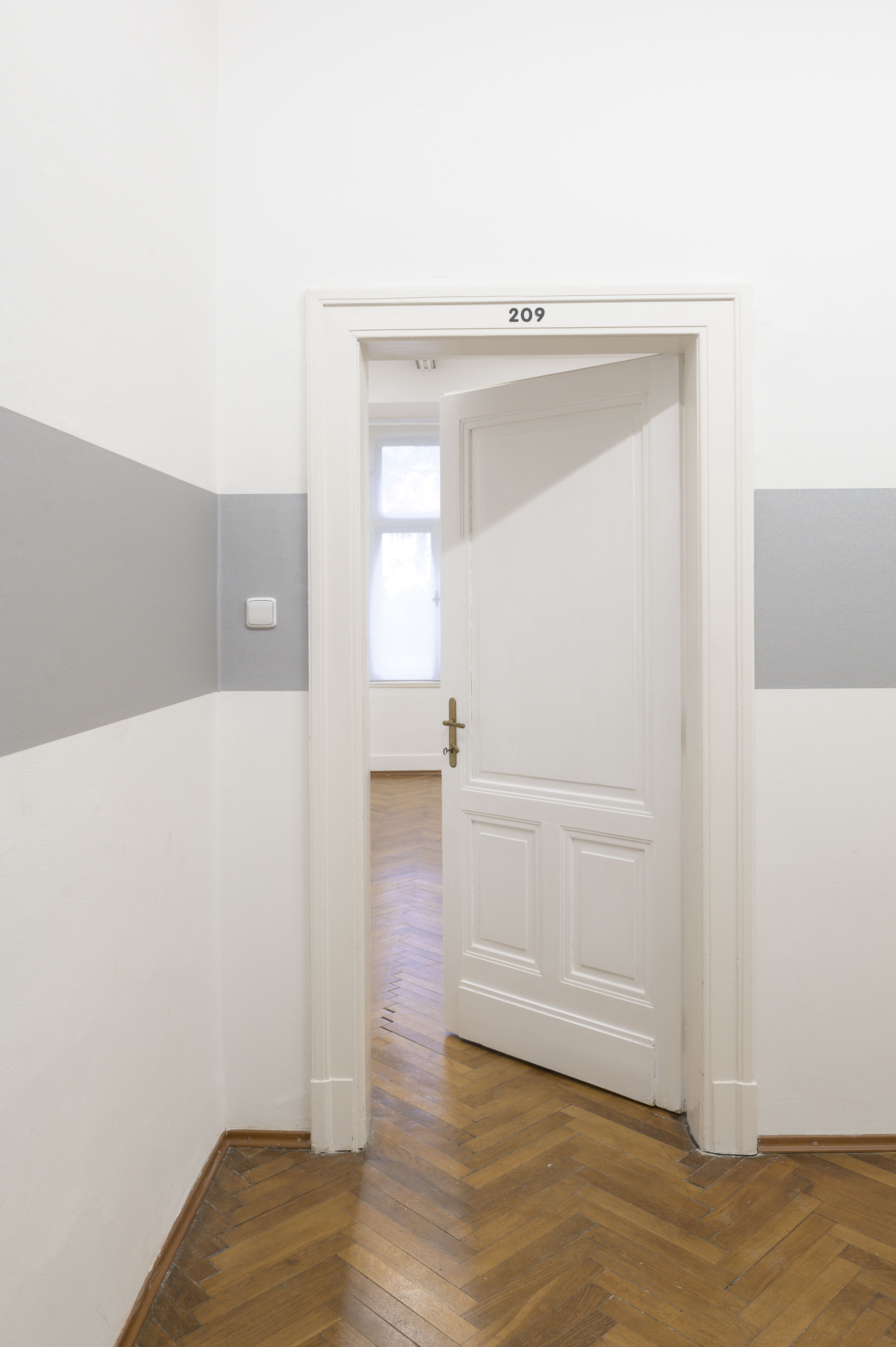 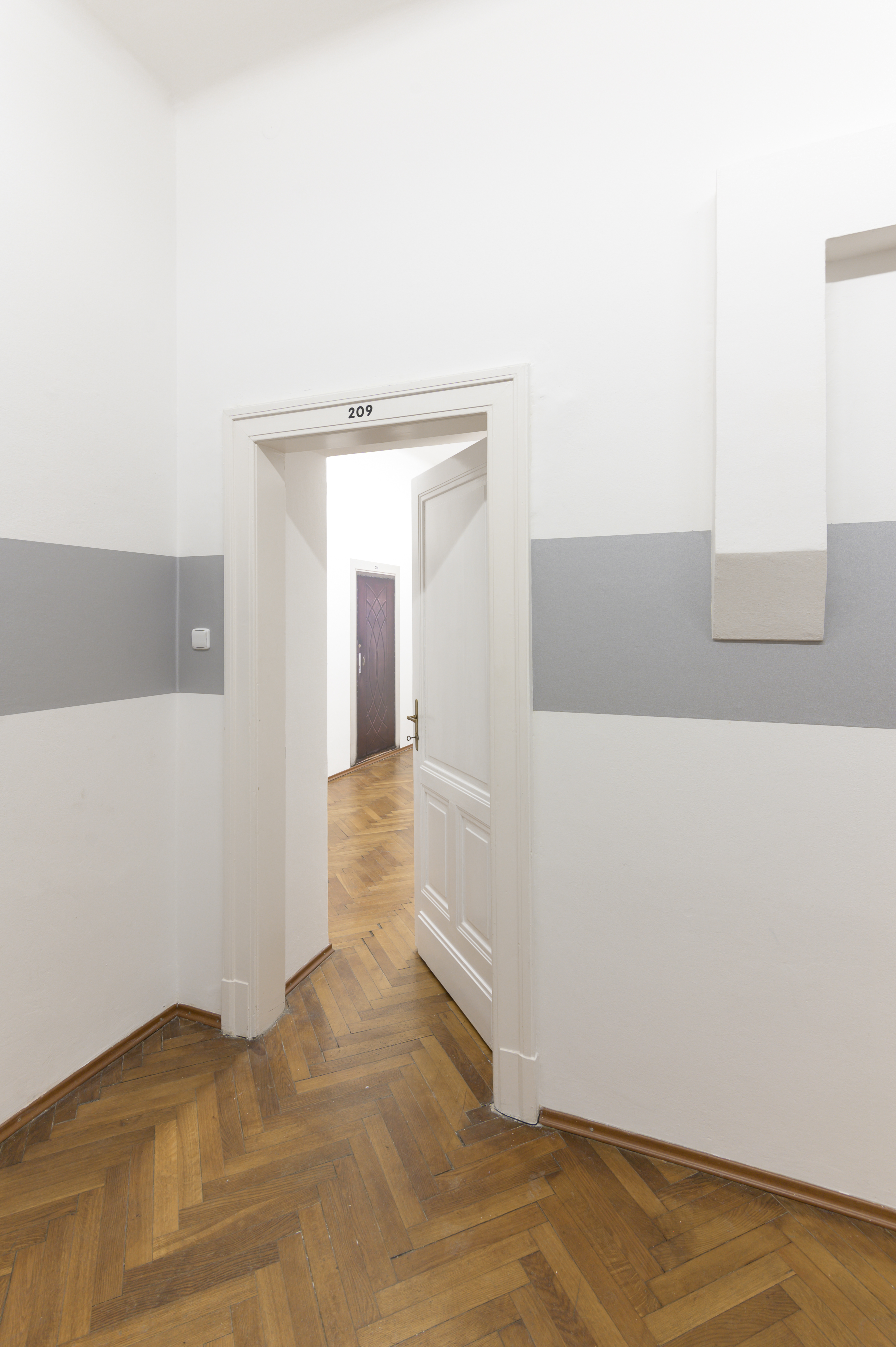 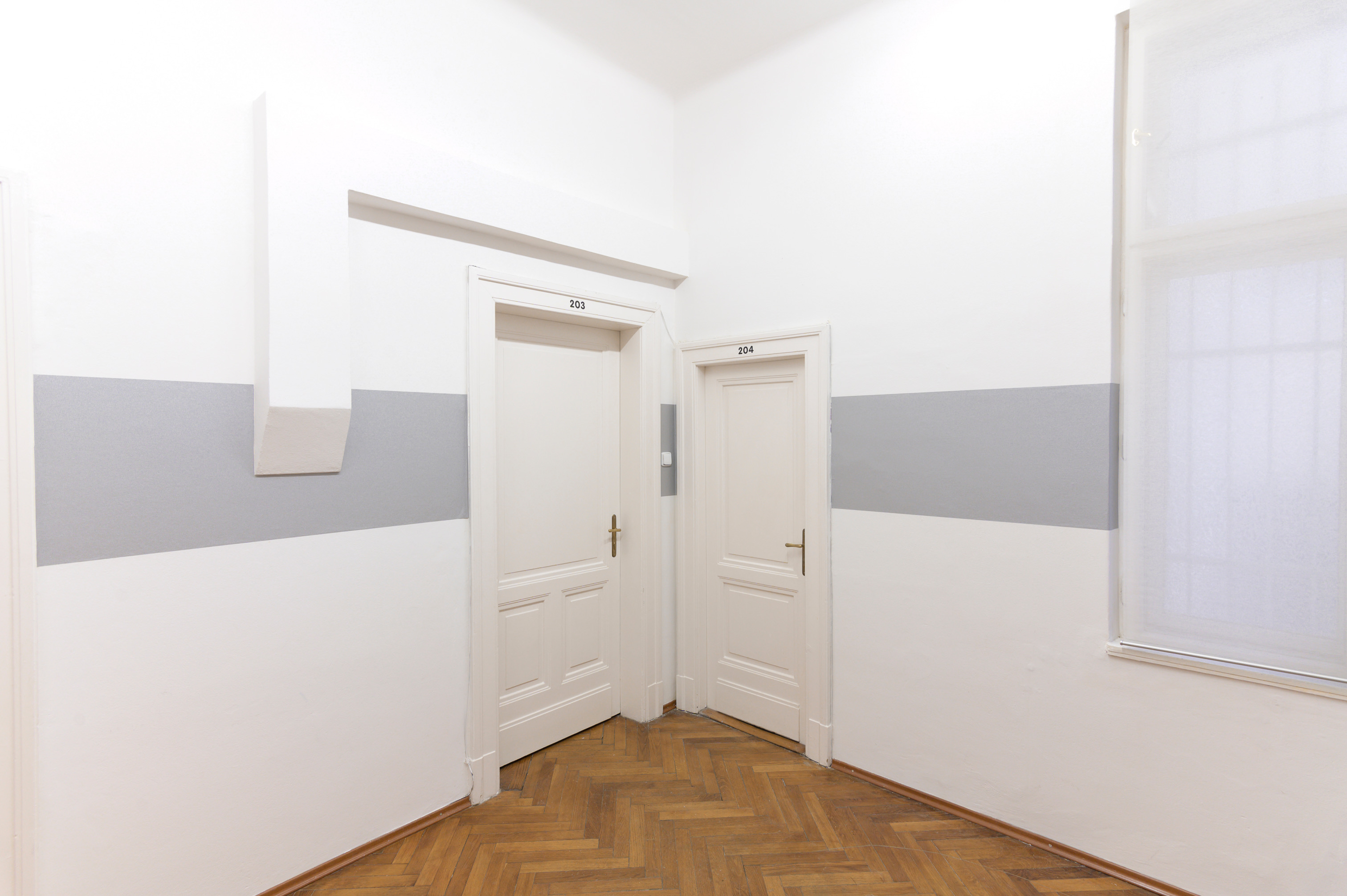 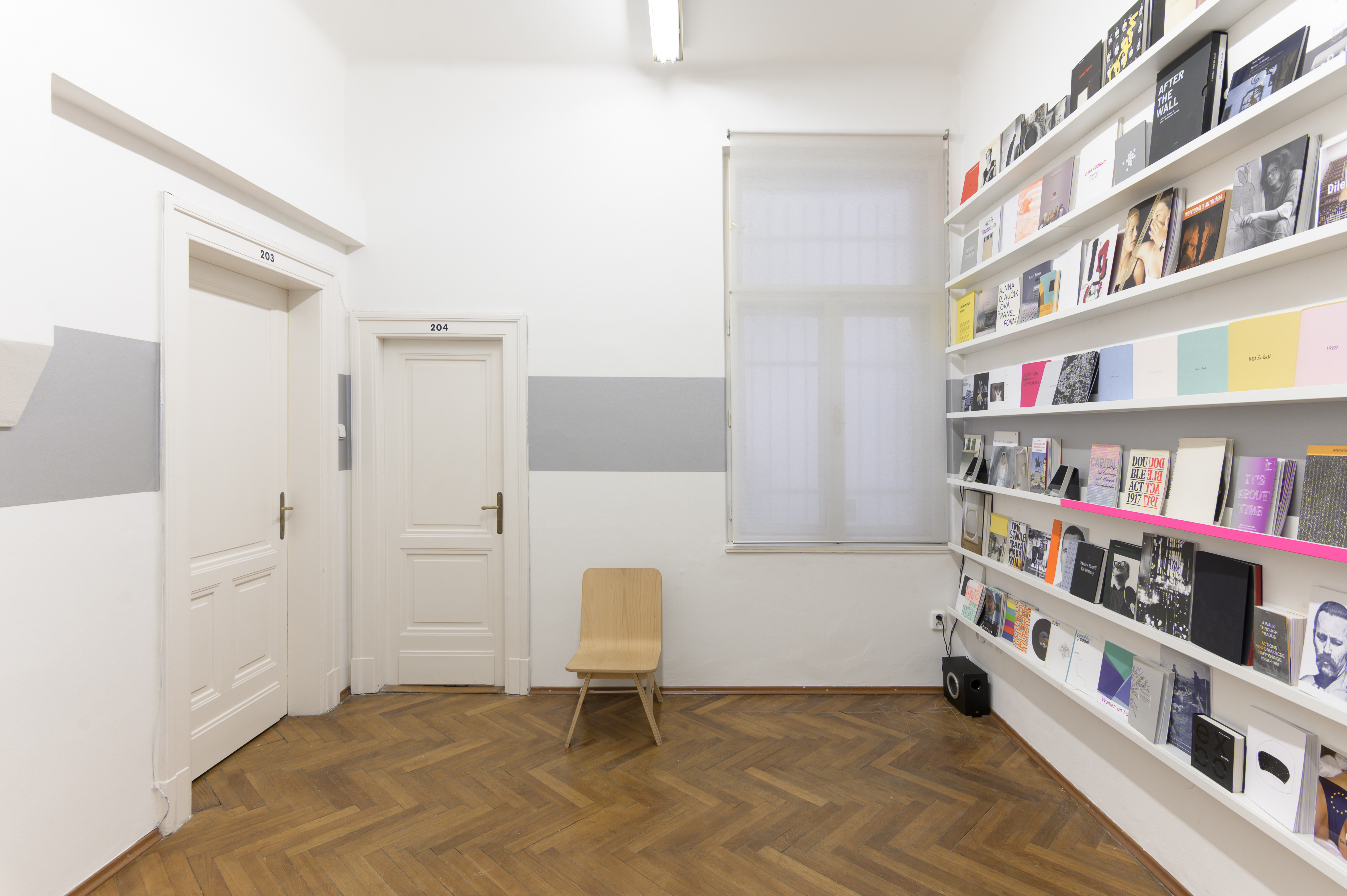 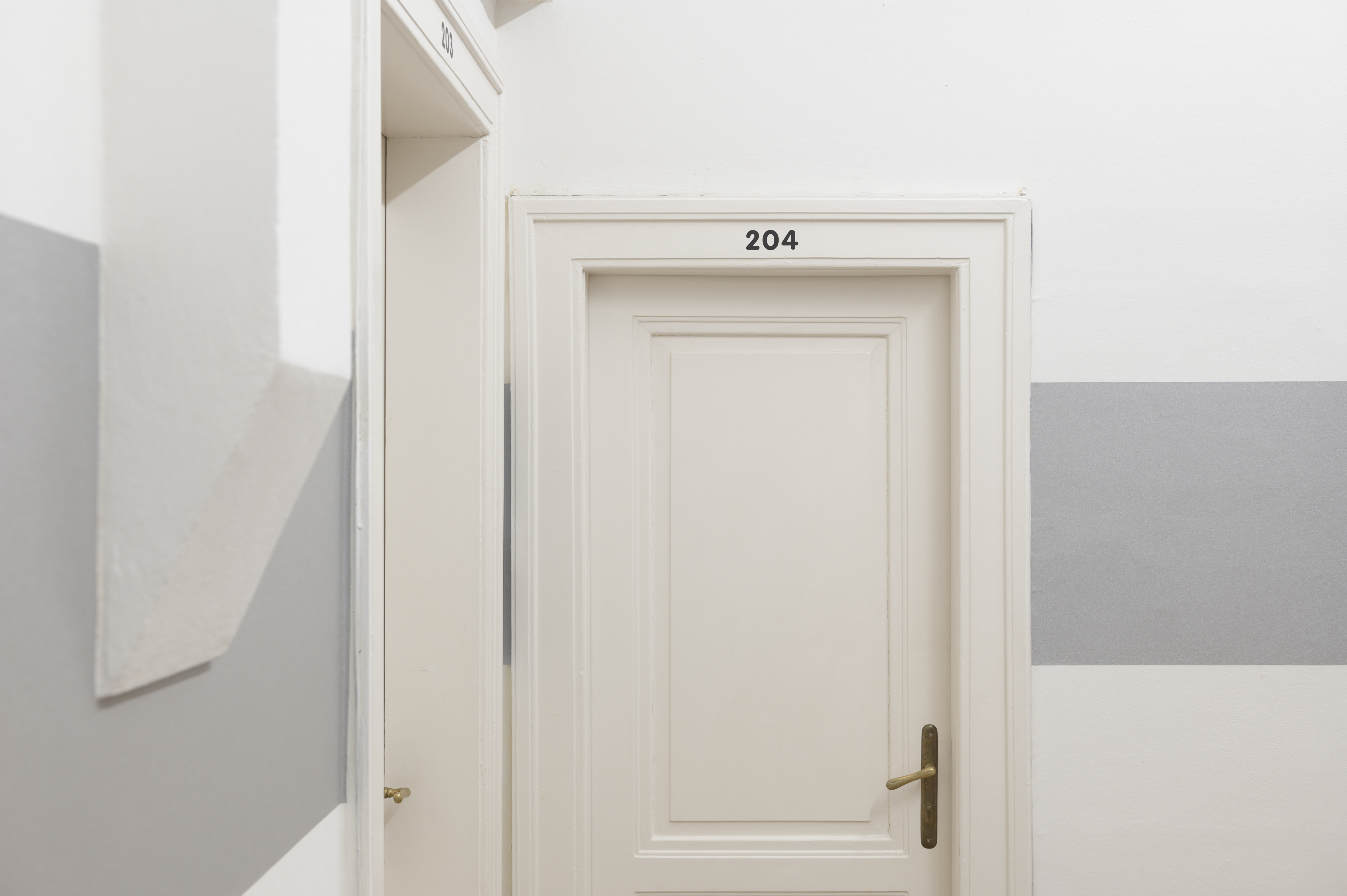 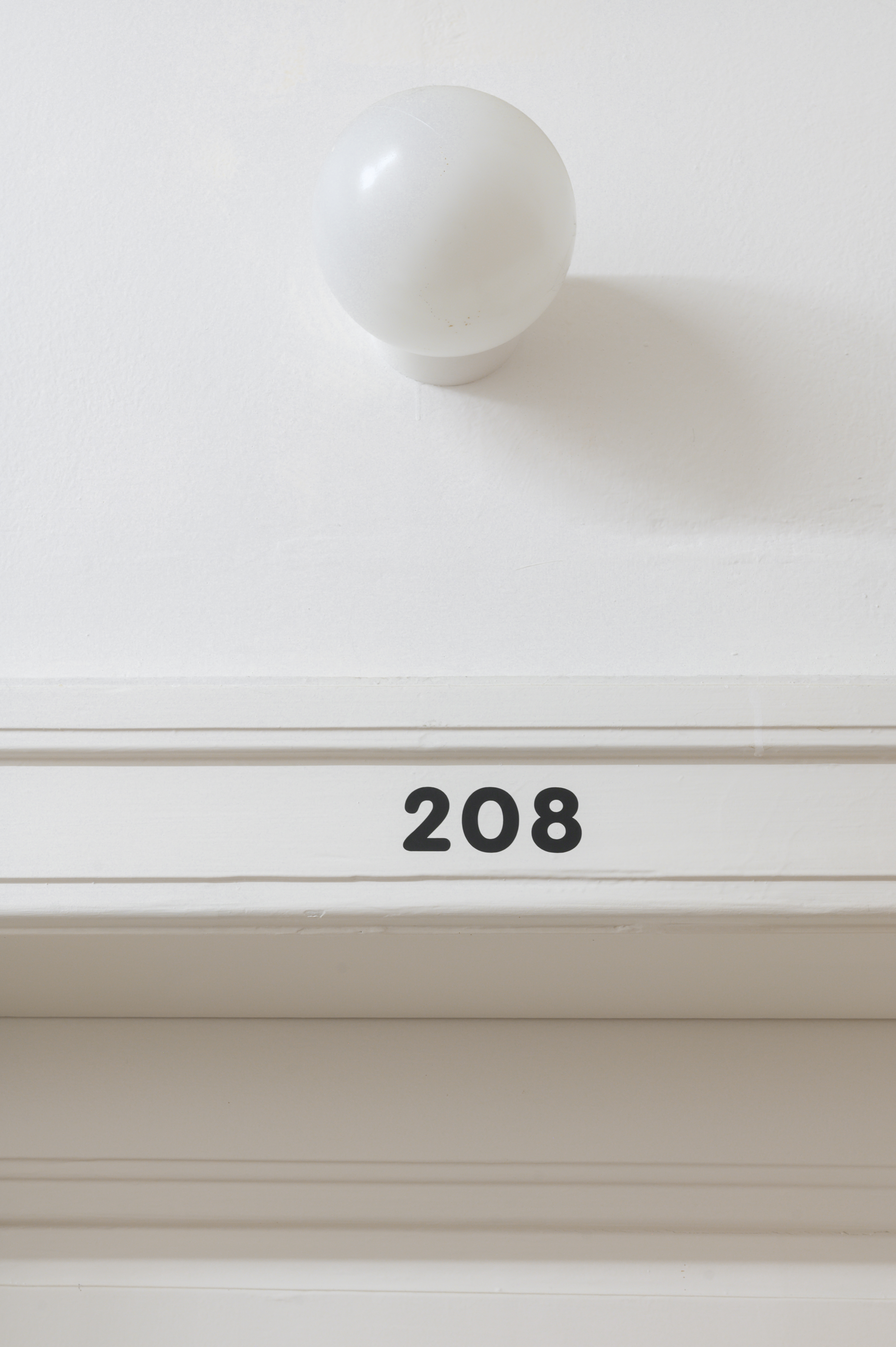 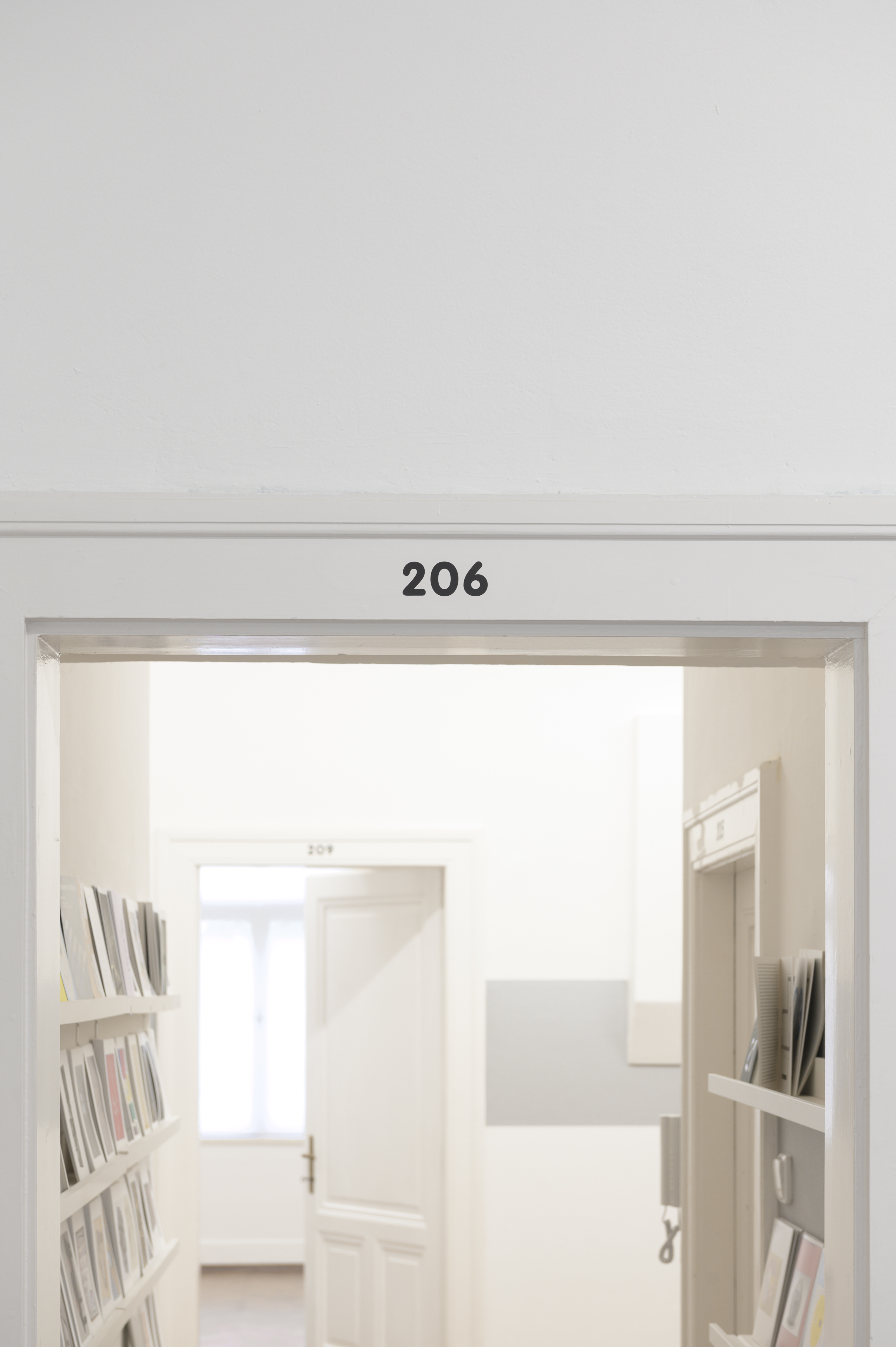 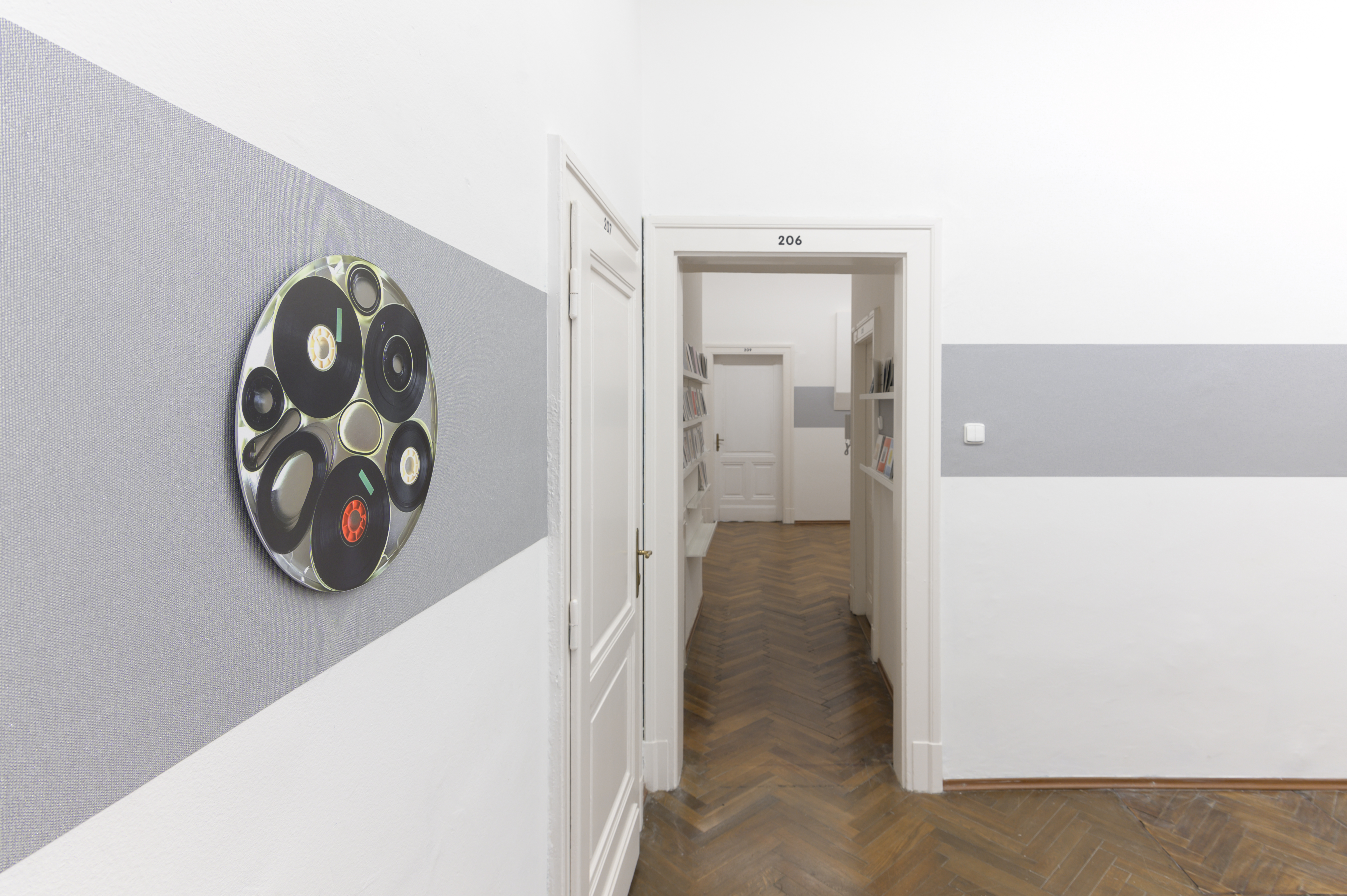 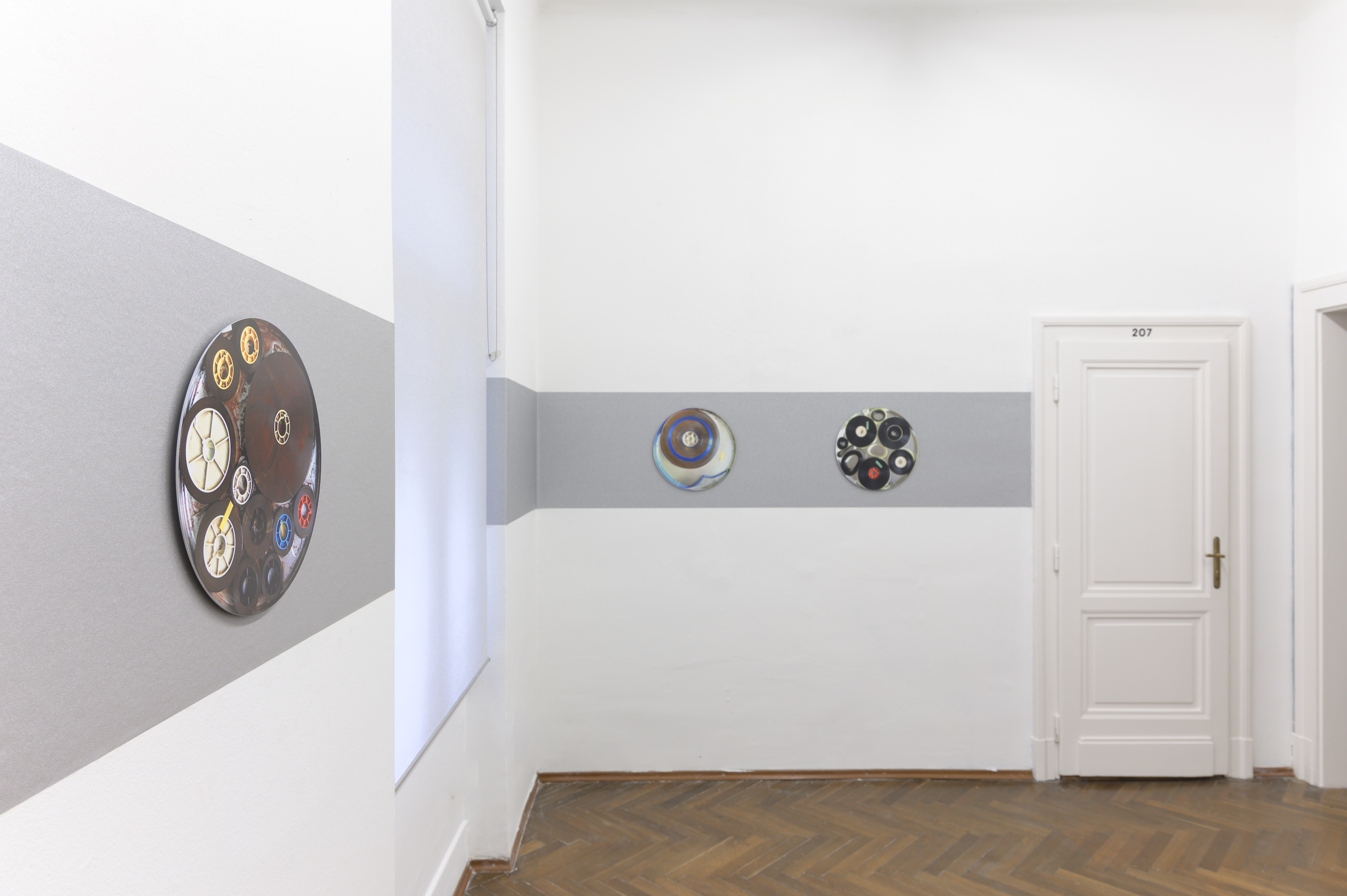 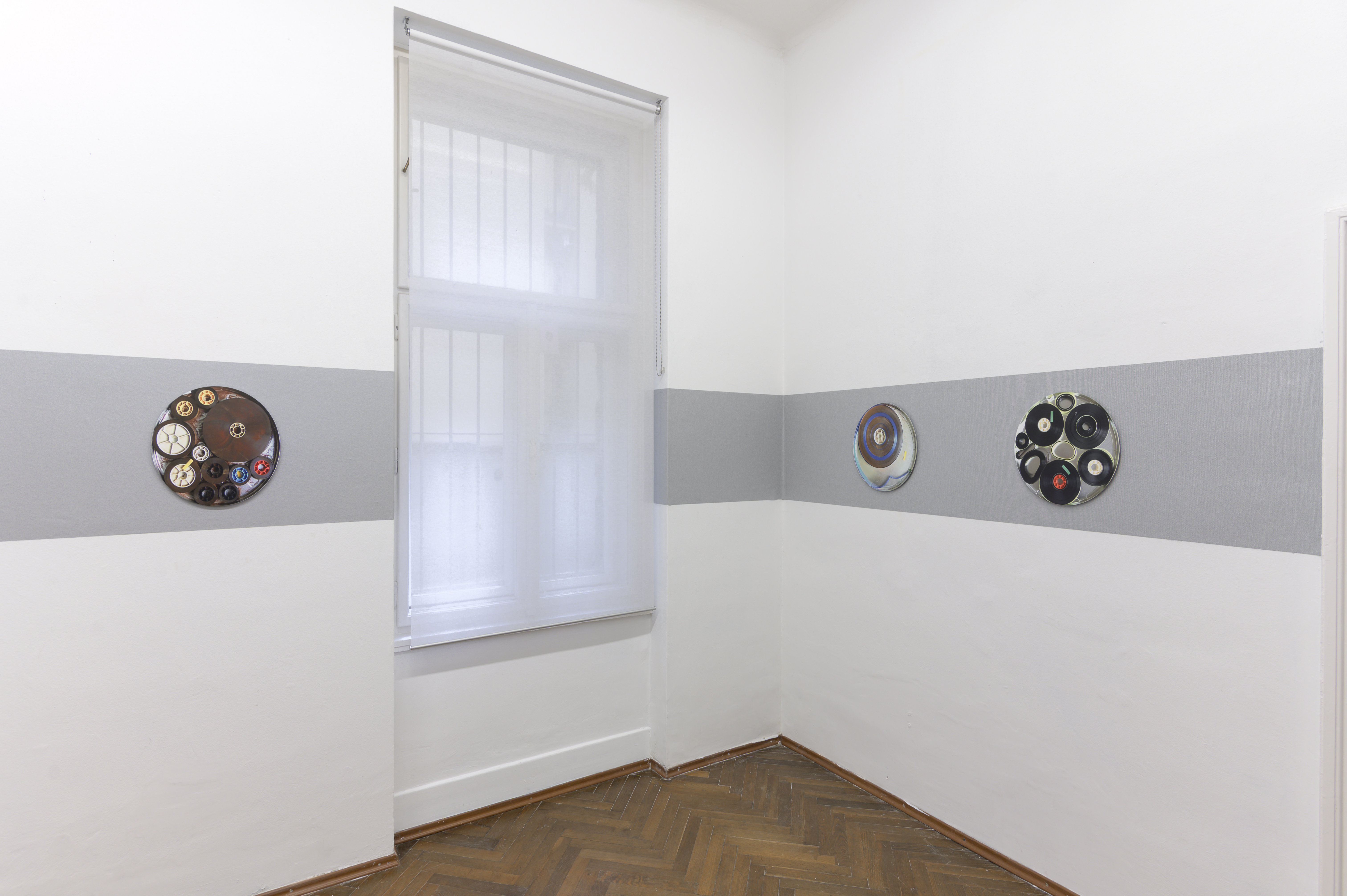 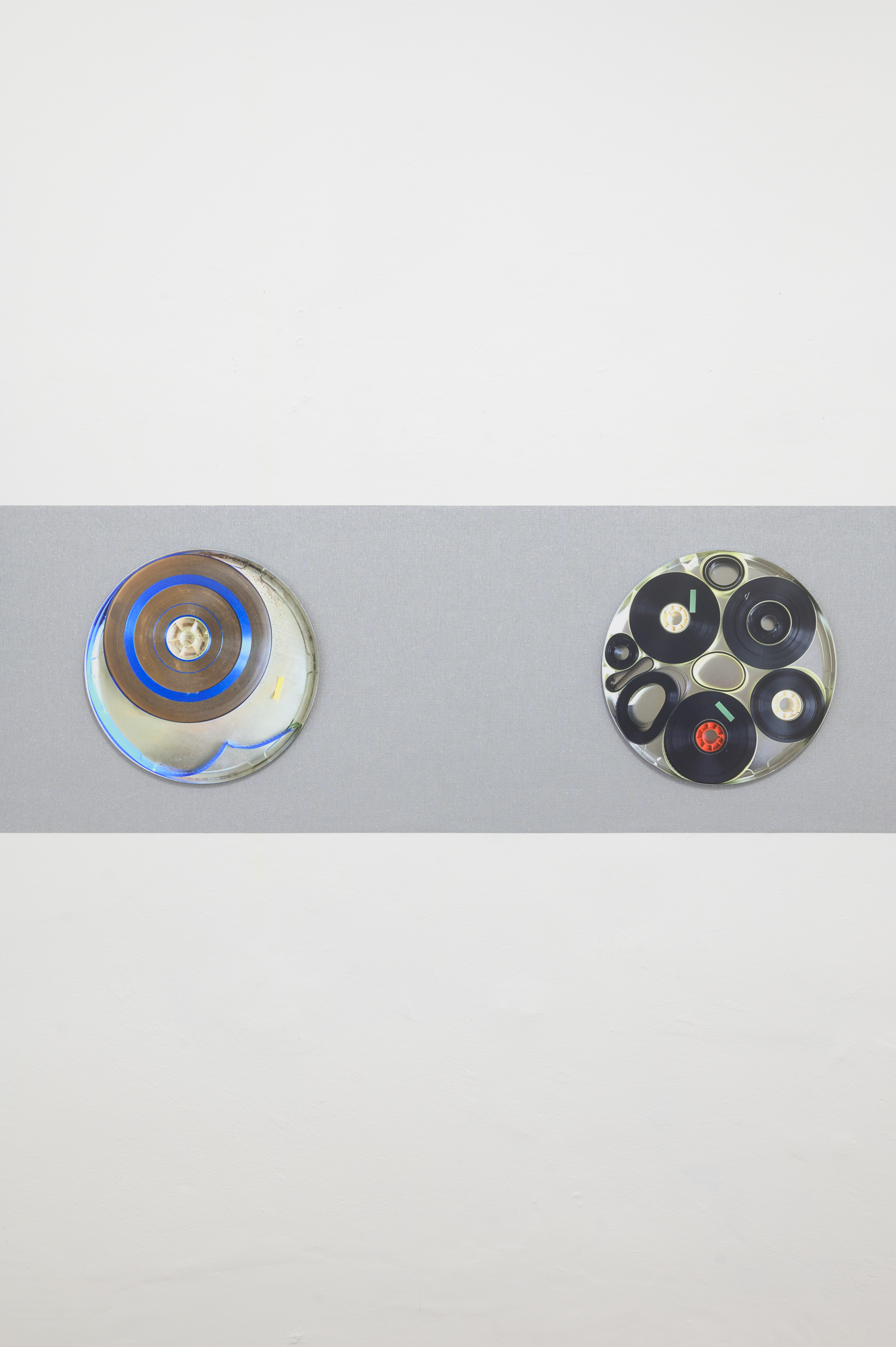 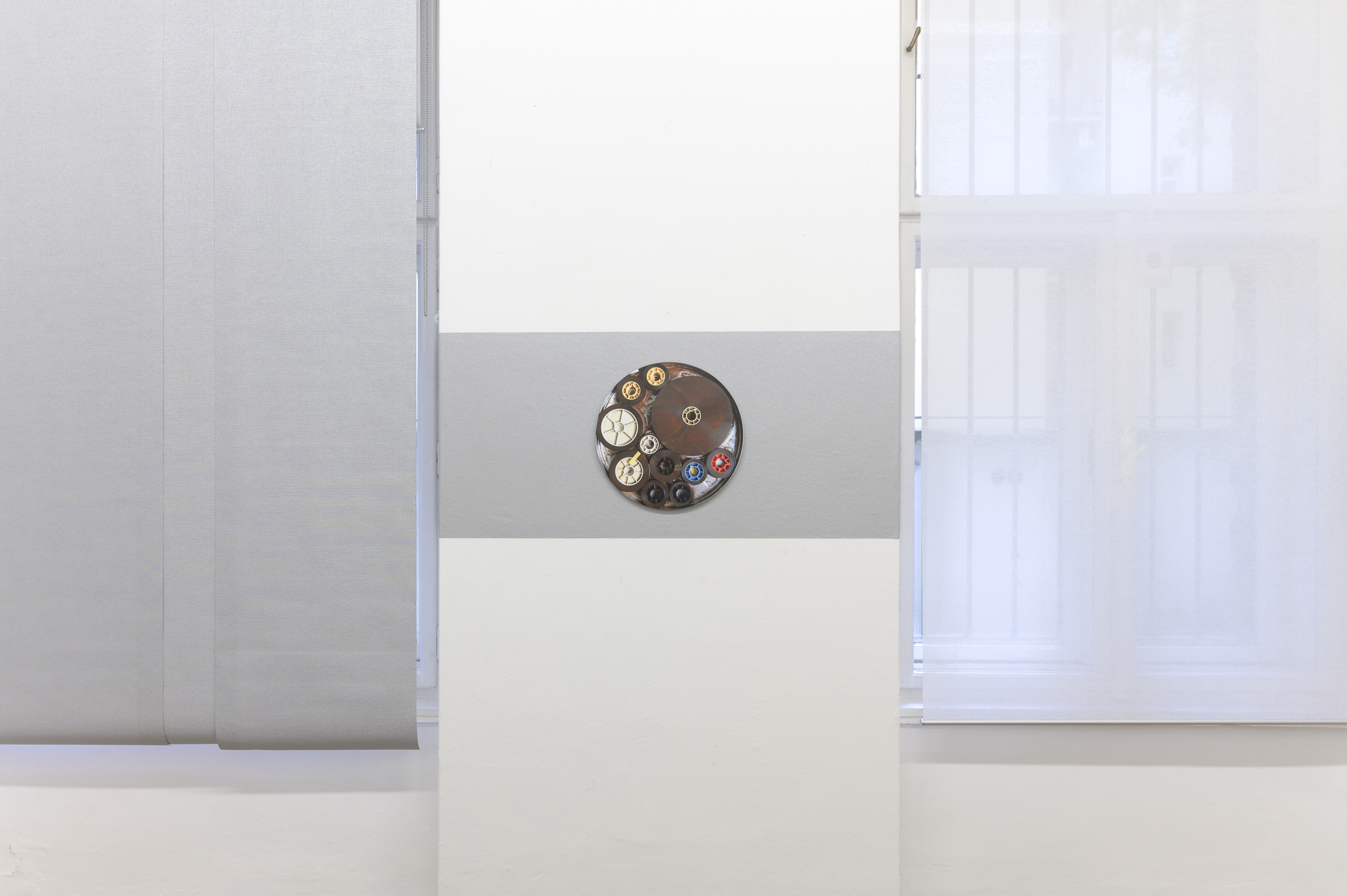 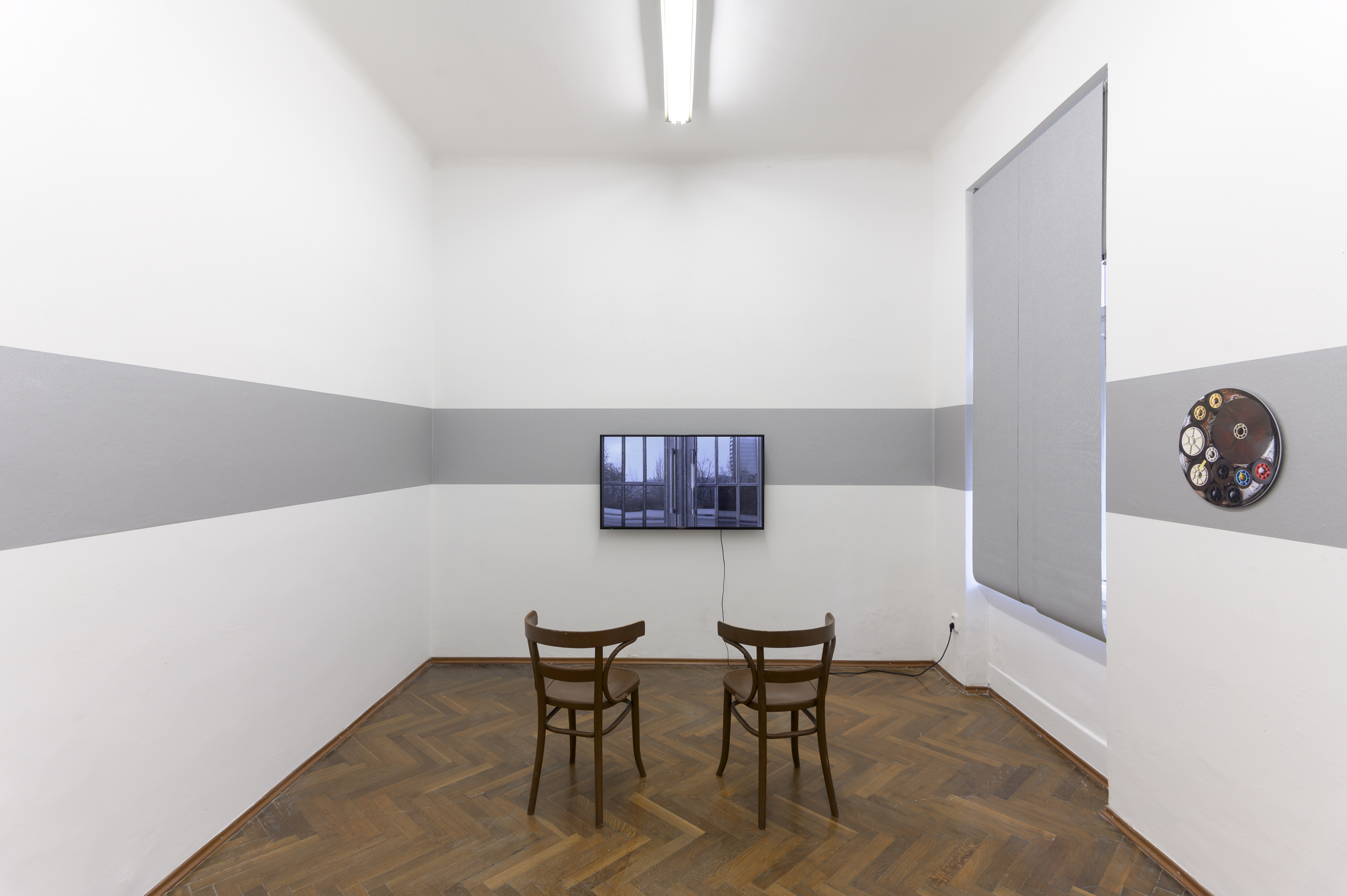 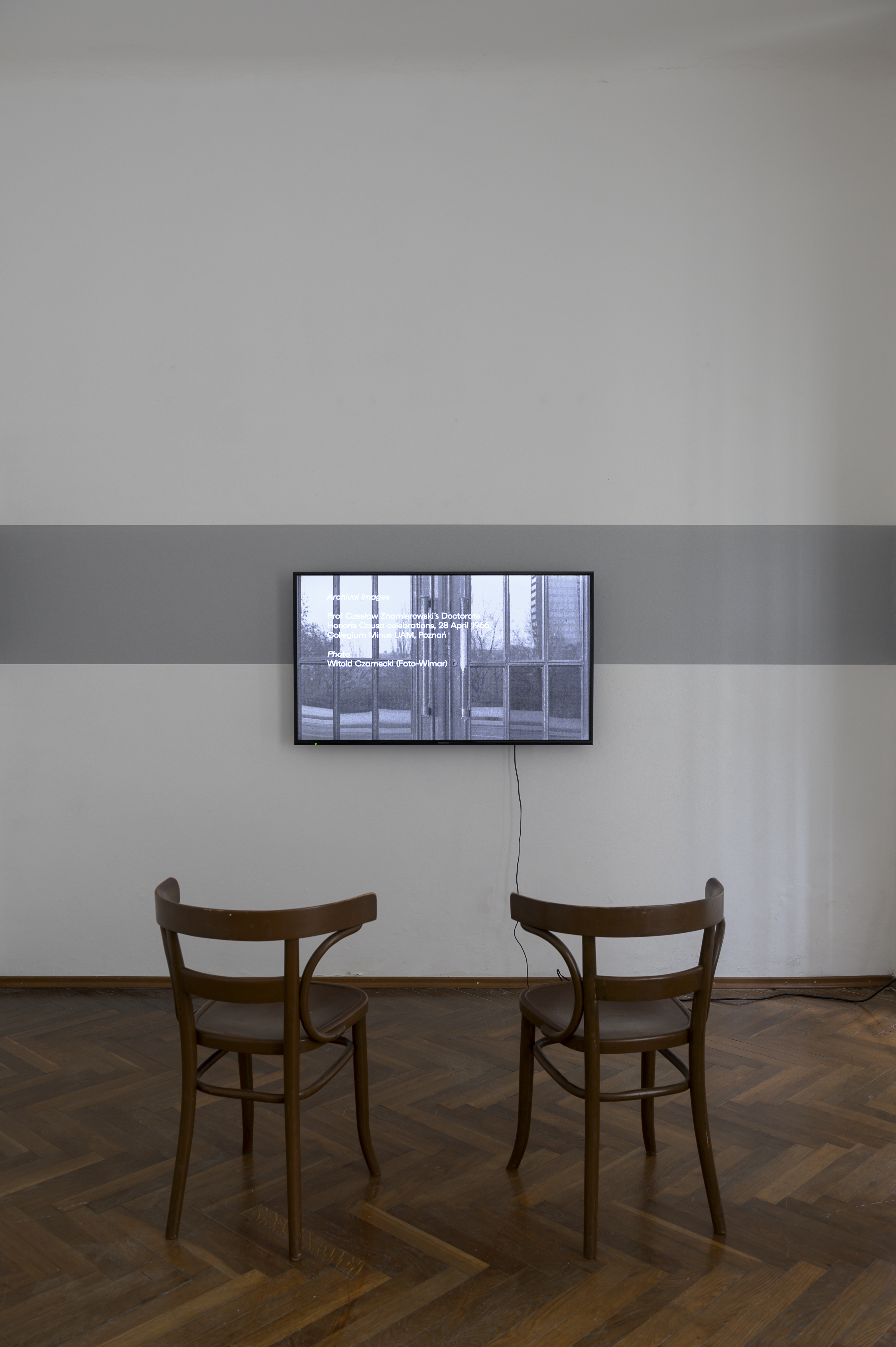 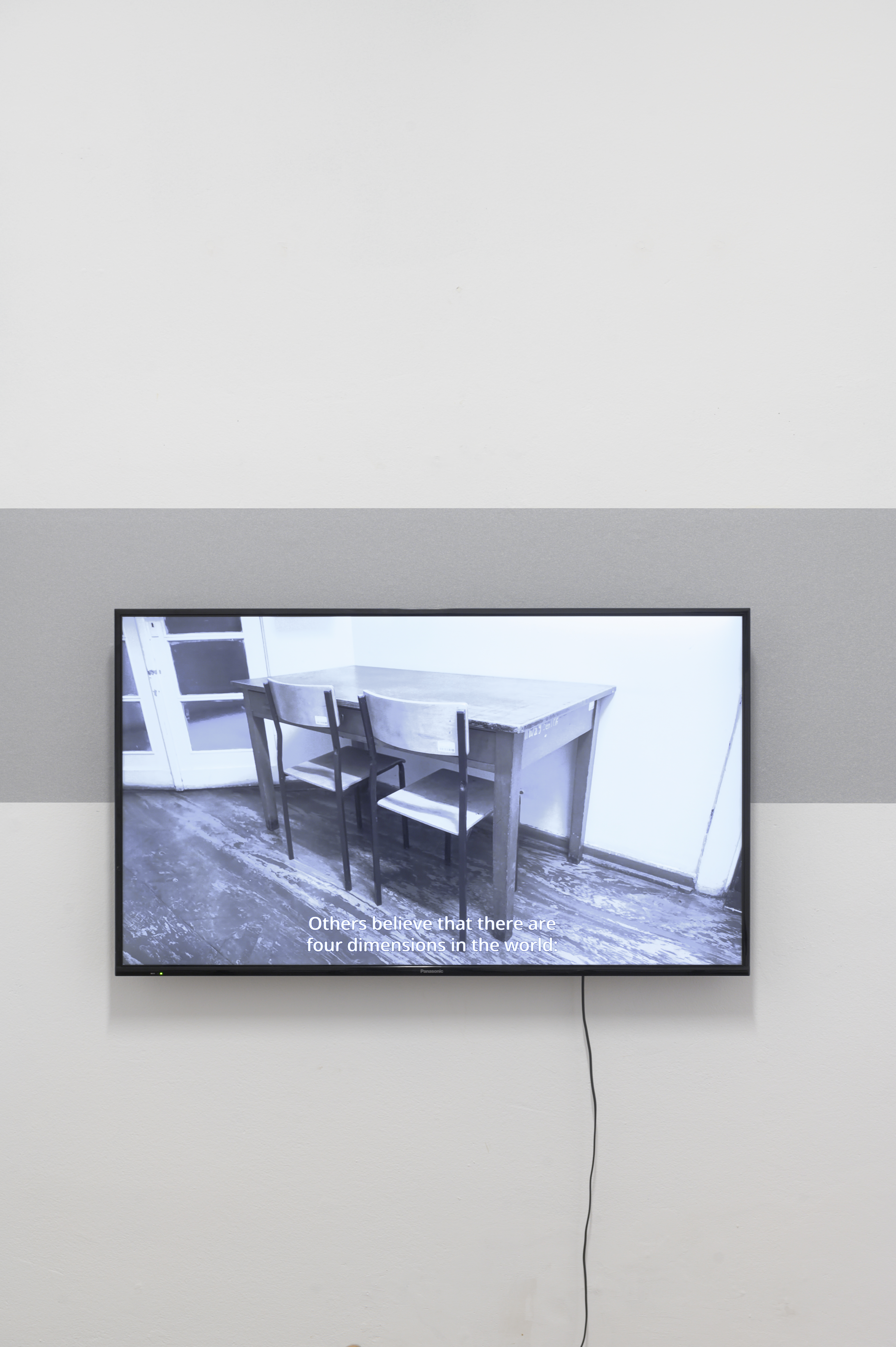