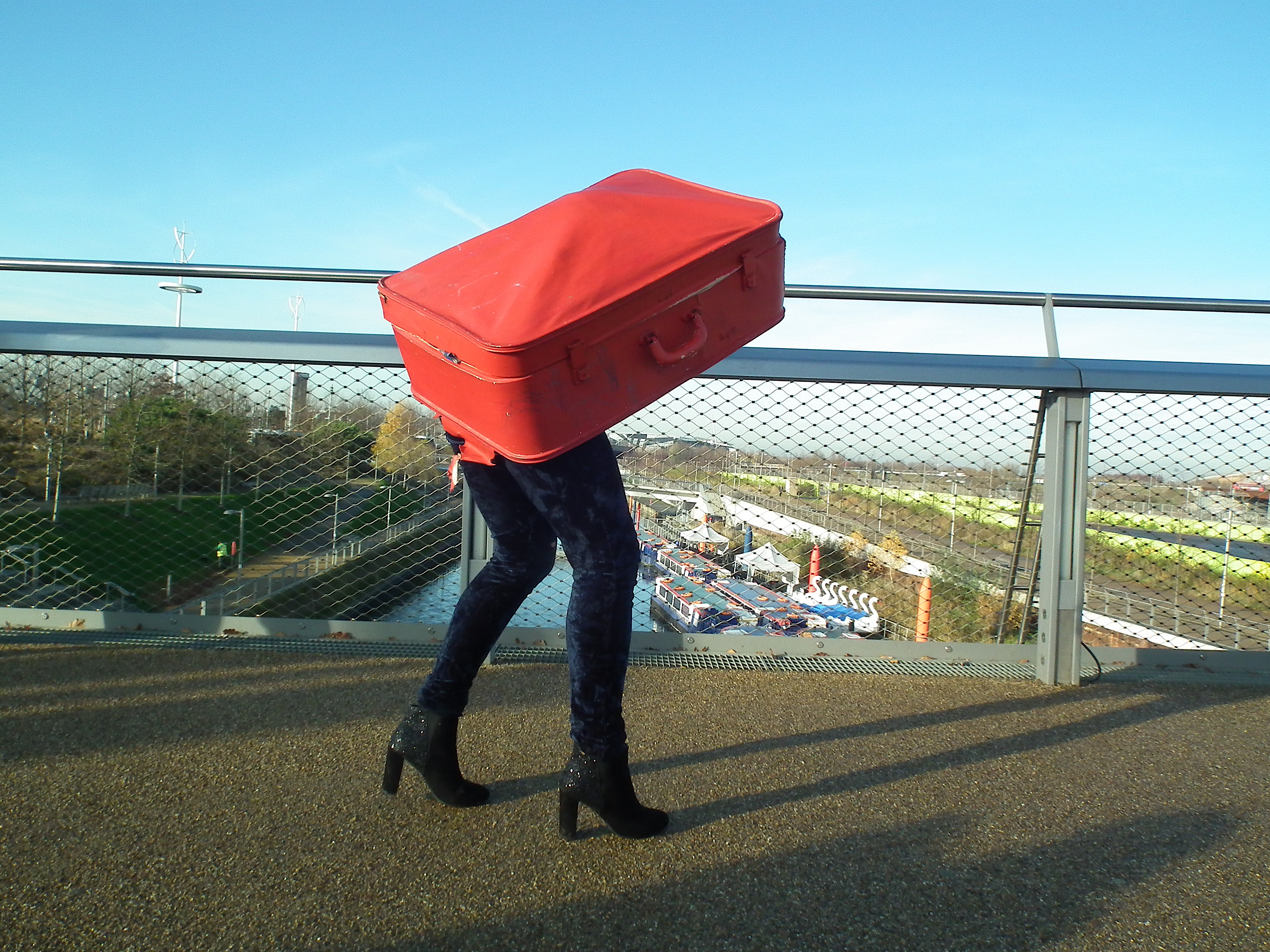 Gandy gallery is pleased to announce the online exhibition of the project "MIS(S)PLACED WOMEN?" by Tanja Ostojić in cooperation with Dagmara Bilon.

Mis(s)placed Women? is a collaborative art project which I develop in multiple layers since 2009, consisting of live performances, delegated performances, art workshops and an online platform, including contributions by over 170 individuals from six continents. Many of them are artists, mainly identifying themselves as women from diverse backgrounds. Within this project, we embody and enact some of everyday-life’s activities that thematise displacement, known to migrants, refuges, and the itinerant artists travelling the world to earn their living. Those performances deal with migration issues, gender democracy, feminism, gentrification, inclusion, power relations and vulnerability, particularly concerning the female and transgender bodies, an aspect that figured prominently in the past almost three decades of my art practice. With this project, on one side, we are investigating privilege by making a distinction between working mobility, forced or desired migration, and how arbitrary laws may apply, and on the other side, exploring diverse public spaces and the invisibility of certain groups within them. In the frame of this project, in which I apply feminist emancipatory methodologies of artistic and community practices, I conducted numerous workshops globally where the participants are selected by open call. Individual and group artworks, interventions, performance scores and texts are developed and produced in this frame. The development of collaboration within the group and forming of a community are very precious processes as well as the further communication with a wide audience that we meet on the streets, and targeted audiences in the venues where presentations, exhibitions and discussions take place.

Dagmara Bilon took part in my “Misplaced Women?” Workshop, 13-14 December 2016, hosted by LADA at their studio/office in the gentrified aria of Hackney, London. Dagmara's contribution derived from her own migration history using a suitcase as a prop as well as other objects from her earlier performances. We got to know each other in this inspiring workshop and started a collaboration at that point. Since 2016 Bilon participated in a number of project exhibitions, workshops and community gatherings and made multiple contributions to the “Mis(s)placed Women?” project in the form of performance and text, on her own and in collaboration with Teresa Albor. On my invitation she also wrote Score #3: Becoming One With a Bag, on which her Millennium Bridge performance in October 2021 has been based.

After winning an international competition for my performance art project Art in Public Space Tyrol, I published an open call for a three-day-long Misplaced Women? performance workshop in which I produced a total of six new performances and site-specific interventions across Innsbruck, with three participants, myself included. The process and the results of the workshop were presented on May 13, 2018, in Die Bäckerei. For the realization of each of the performances we have chosen a specific location that was context related. I performed “Misplaced Women? and the Tourist Suitcase”, for the very first time, as a 30 minute performance at the place that was considered as the most unwelcoming and dangerous in the city: Innsbruck train station. During the performance, I went through transformations, from a business woman, to a tourist, and finally, to a homeless woman, using as my props hats, caps, a disposable camera, sunglasses, different clothes, fruit yogurt, sun cream, and miscellaneous items that I took out of one oversized suitcase that had many stickers on it, such as: Hawaii, Aloha, Jamaica, Holland, Norway, Praha. It was given to me by my son's grandparents, pensioners based in Innsbruck, who travelled to all these places, and who had previously fled, in 1969, as refugees from Czechoslovakia, via Yugoslavia, to Austria. The performance attracted a lot of attention at the very busy platform in front of the main entrance of the train station. The reactions of the audience were fascinating— they quite literally took care of me throughout the performance. People came to check if I was okay, to help me lock myself inside the suitcase, to unzip the suitcase and let me out… Two girls patiently and carefully tried to pull out my hair that was stuck in the zipper of the suitcase.

The next day, I performed the 60-minute-long performance “Misplaced Women? and the Tourist Suitcase” in a slightly different form, using identical props as the previous day, going through transformations, this time from a businesswoman, to a tourist, to a homeless woman, to an immigrant, in the most popular location in the city, on the square in front of the famous Golden Roof, downtown in the heart of the historical centre. At this location, the performance was received quite differently, because the passers-by that use this public space are also different. It turned out that the performance was very well received among many tourists from Korea and India, who were pleased to chat with the suitcase that walked around on its feet wearing flip flops, and was sometimes gently nudging the crowd. They recorded the performance and posted it on social media. Coincidentally, the performance took place at the same location as the FPÖ (Austria's xenophobic right-wing party). Two church activists scolded me, and one of them slapped me on the face with religious propaganda material, throwing flyers at me, I suppose asking me to re-educate myself.

A stout FPÖ female security guard, dressed in a dirndl, a traditional Austrian outfit, and carrying a wooden barrel full of brandy on her belt, pushed me off the scene after a while because she no longer wanted to tolerate a walking suitcase that gently pushed her party fellows and musicians who were getting ready to play at that gathering. I later learned that my performance assistant was also threatened with the police if she didn’t collect the “garbage” created during the performance. Of course we intended to clean up our materials at the end, when all the things I originally took out of the suitcase while performing would be placed back.

LINKS to the related performances: 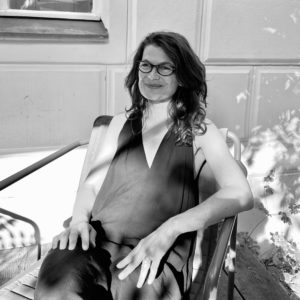 Tanja Ostojić is Berlin-based performance and interdisciplinary artist, researcher and educator, internationally renowned as a pioneer of institutional gendered critique and for her work in the field of socially and politically engaged art and art in public space. Since 1994 she presented her work in a large number of solo and group exhibitions and festivals globally, such as Venice Biennale, Brooklyn Museum in New York, Busan Biennale in South Korea, among others. She received numerous prizes, grants and fellowships, while her artworks are included in relevant museum collections, have a high level of theoretical reference and have been analysed and included in numerous books, journals and anthologies. Also known for her writing, publishing and academic career, Ostojić has given talks, seminars and workshops at academic conferences and at art universities across Europe and in the Americas. She holds BA and MA from the University of Arts in Belgrade, Post-Diploma from ERBAN Nantes and the grade of fellow from The University of Arts Berlin. Ostojić is currently a University lecturer at the University of Applied Arts in Vienna. 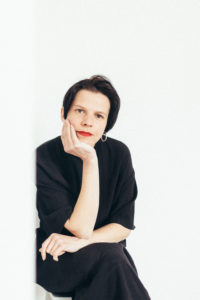 Dagmara Bilon is a south-east London-based Polish/German interdisciplinary artist, performer,creative producer, activist, and a co-founder of The Purple Lady's collective. She has a bachelor degree in Dance Theatre from LABAN and a postgraduate diploma in Dance Movement Psychotherapy from Roehampton University. She works as a freelancer locally and internationally. Her interdisciplinary practice orbits around a socially engaged art practice, performance making, community projects and activism. Her practice moves fluidly along two main tracks: one that is inward-facing and deals with the personal, the other outward-facing, collaborating, and engaging in facilitation and enabling creative processes of others. Over the last decade, she has produced a diverse body of work, which belong to the related realms of performance art and social art experiments, which are often action-based, site-specific, durational, immersive and online.
Passionate about art that inspires change, she also produces and curates art events and community-based projects. 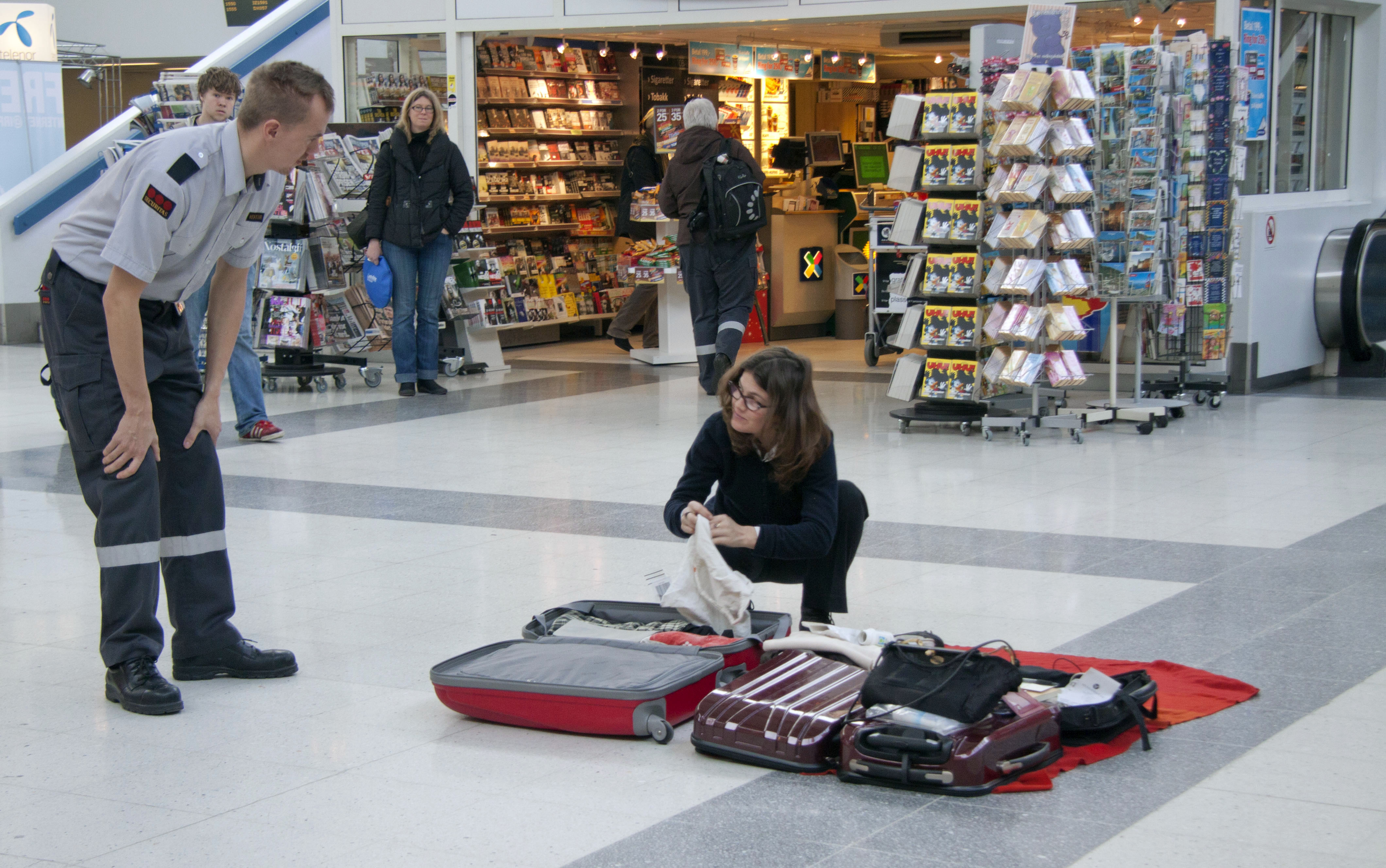 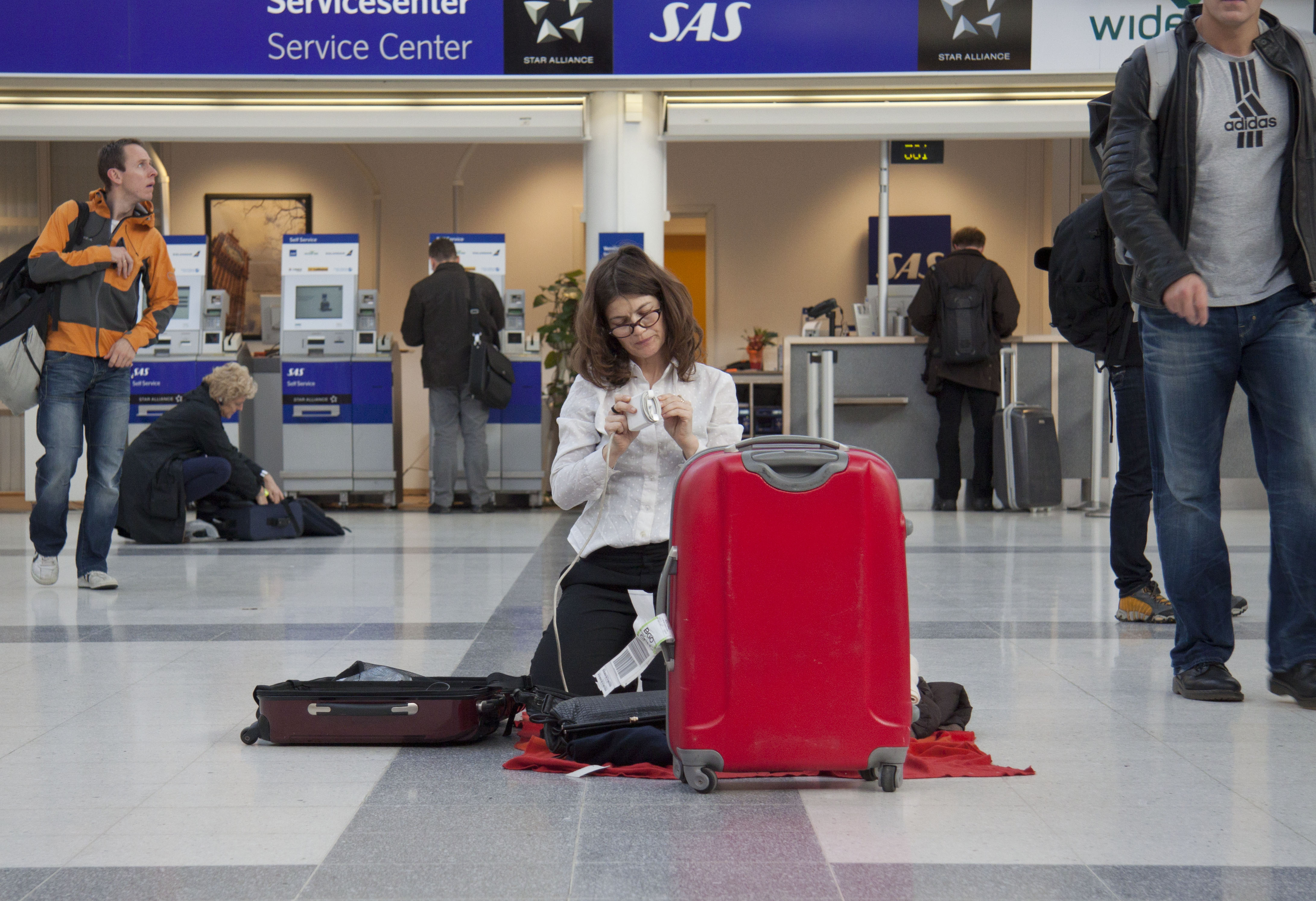 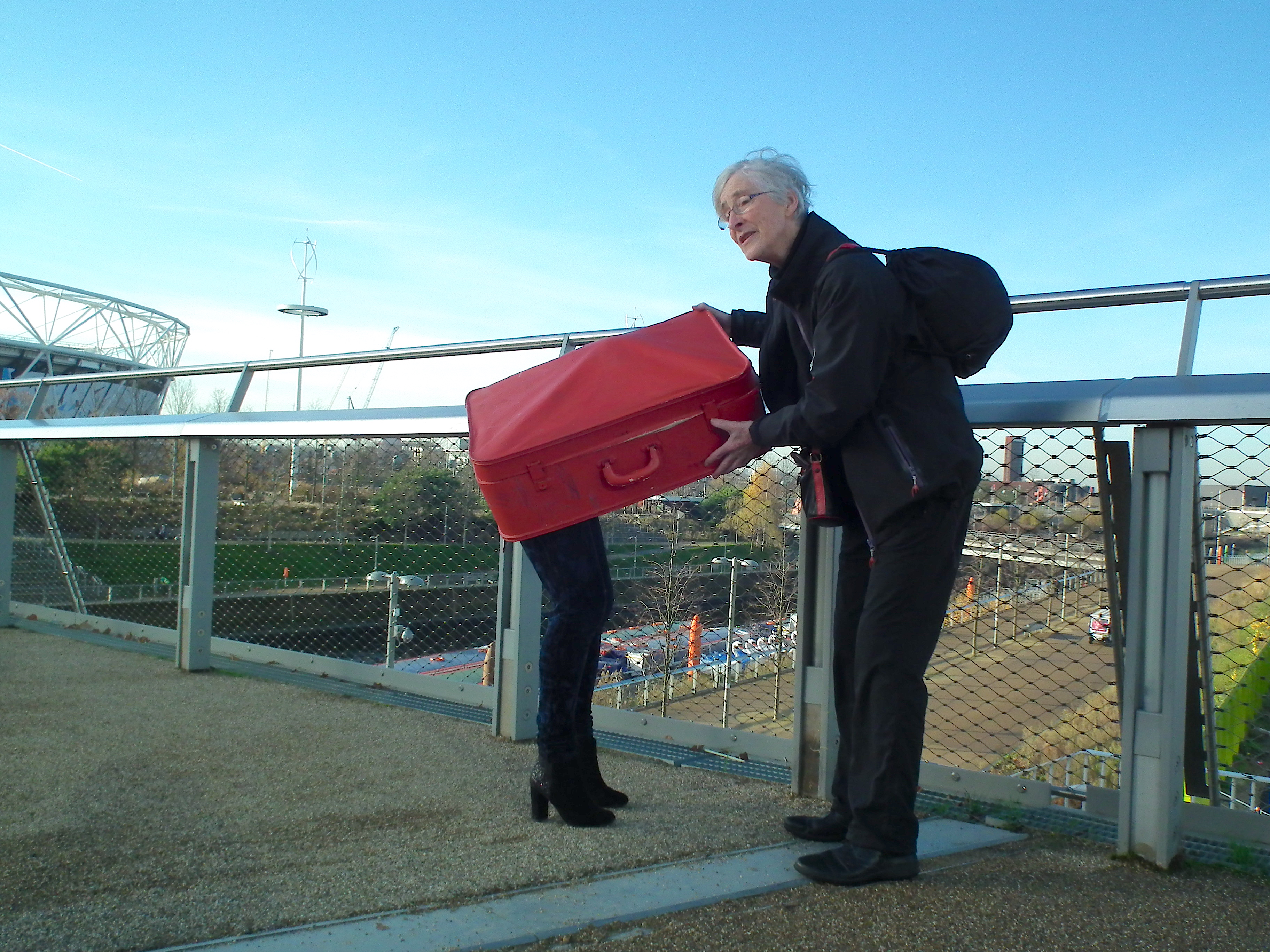 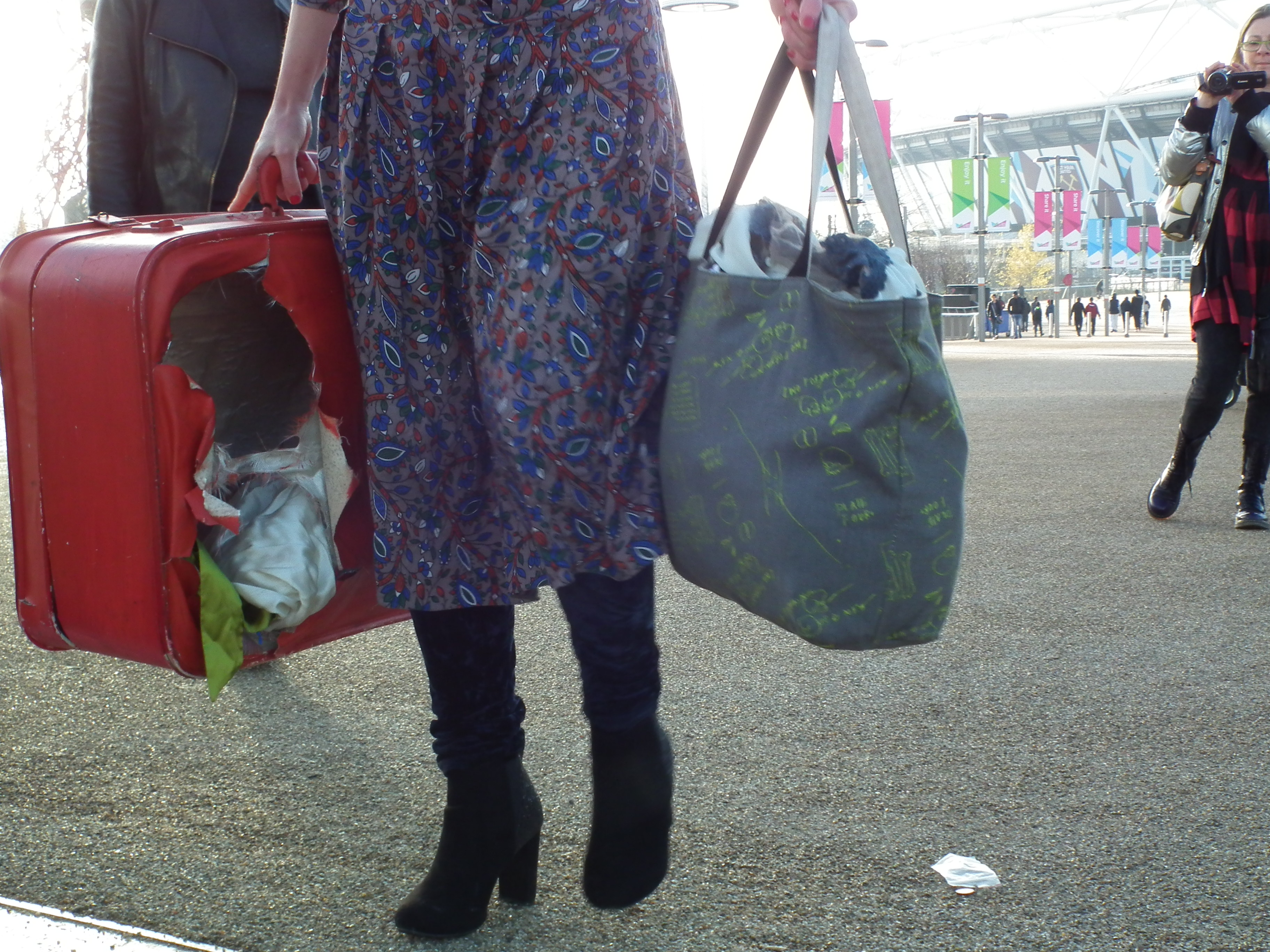 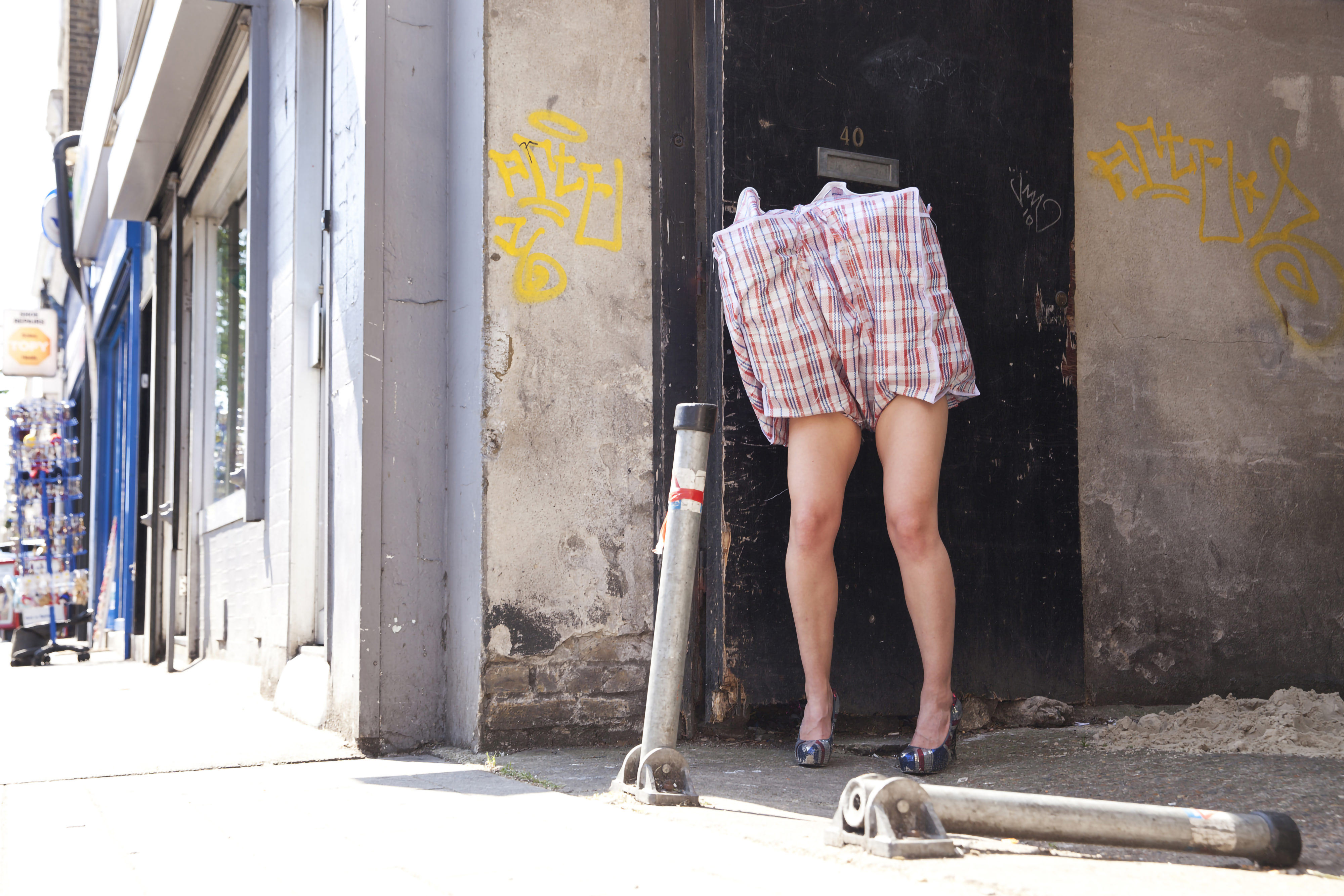 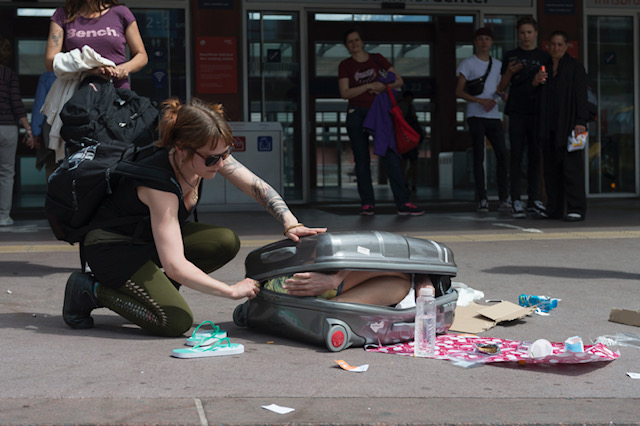 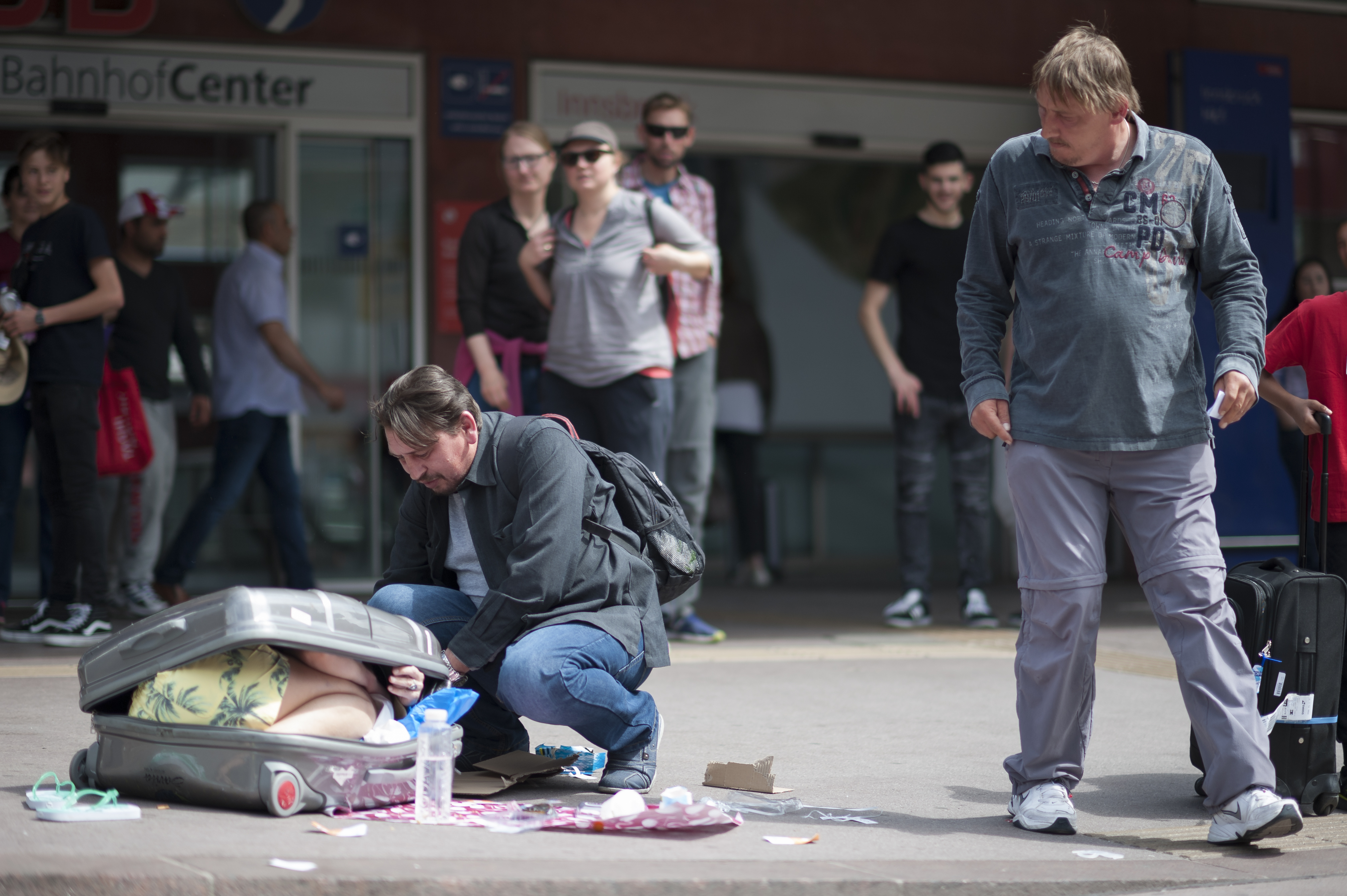 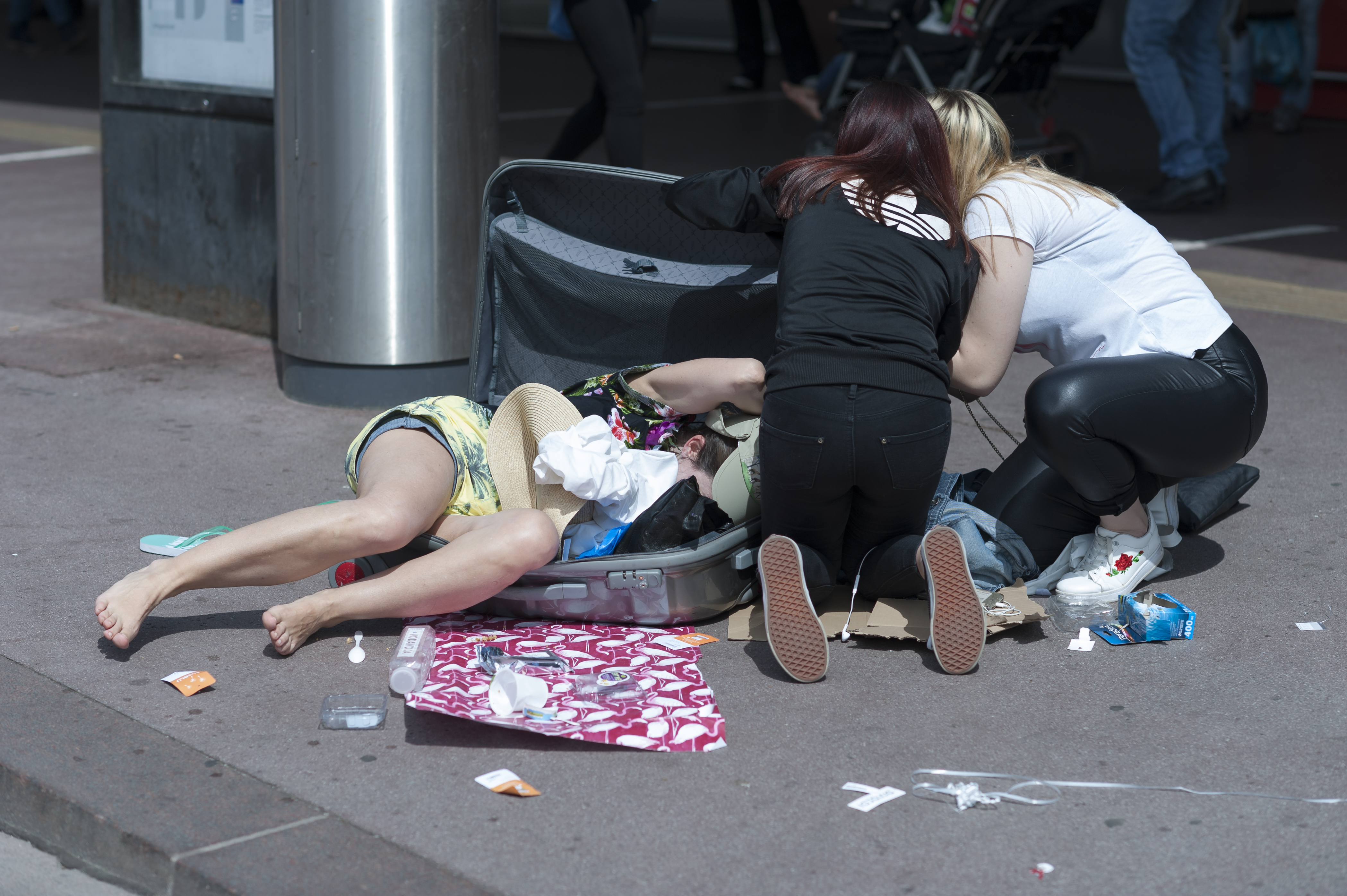 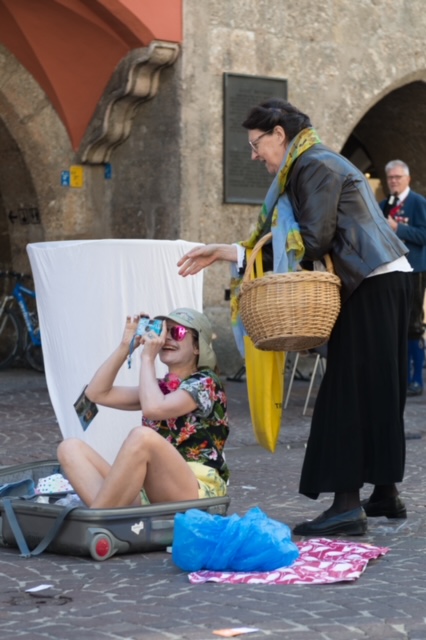 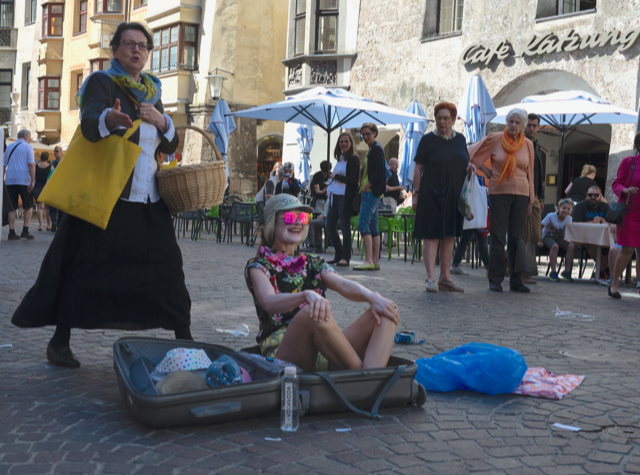 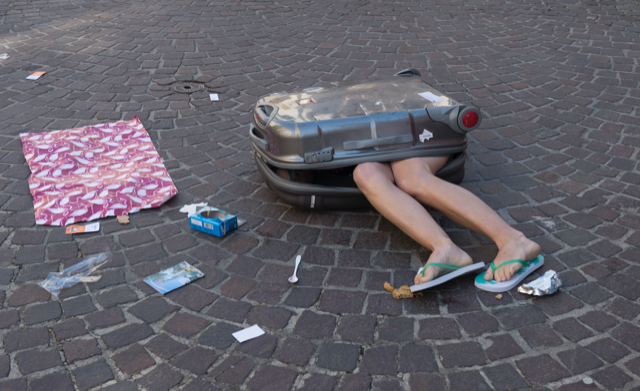 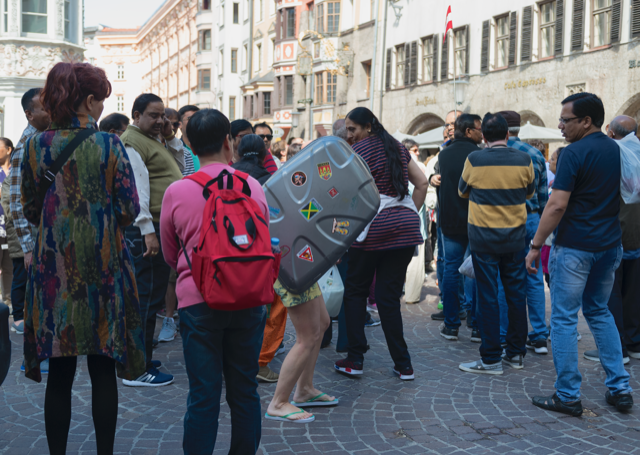 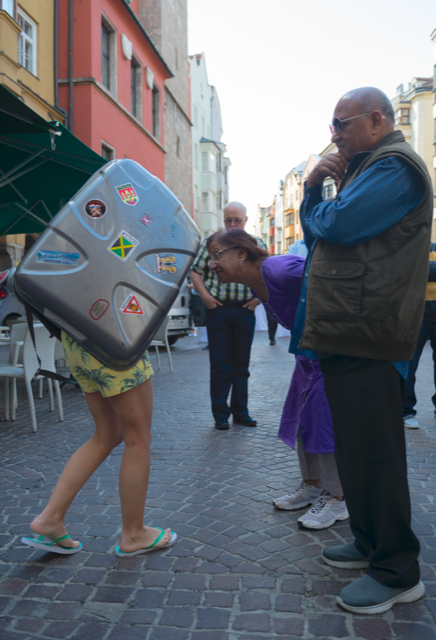 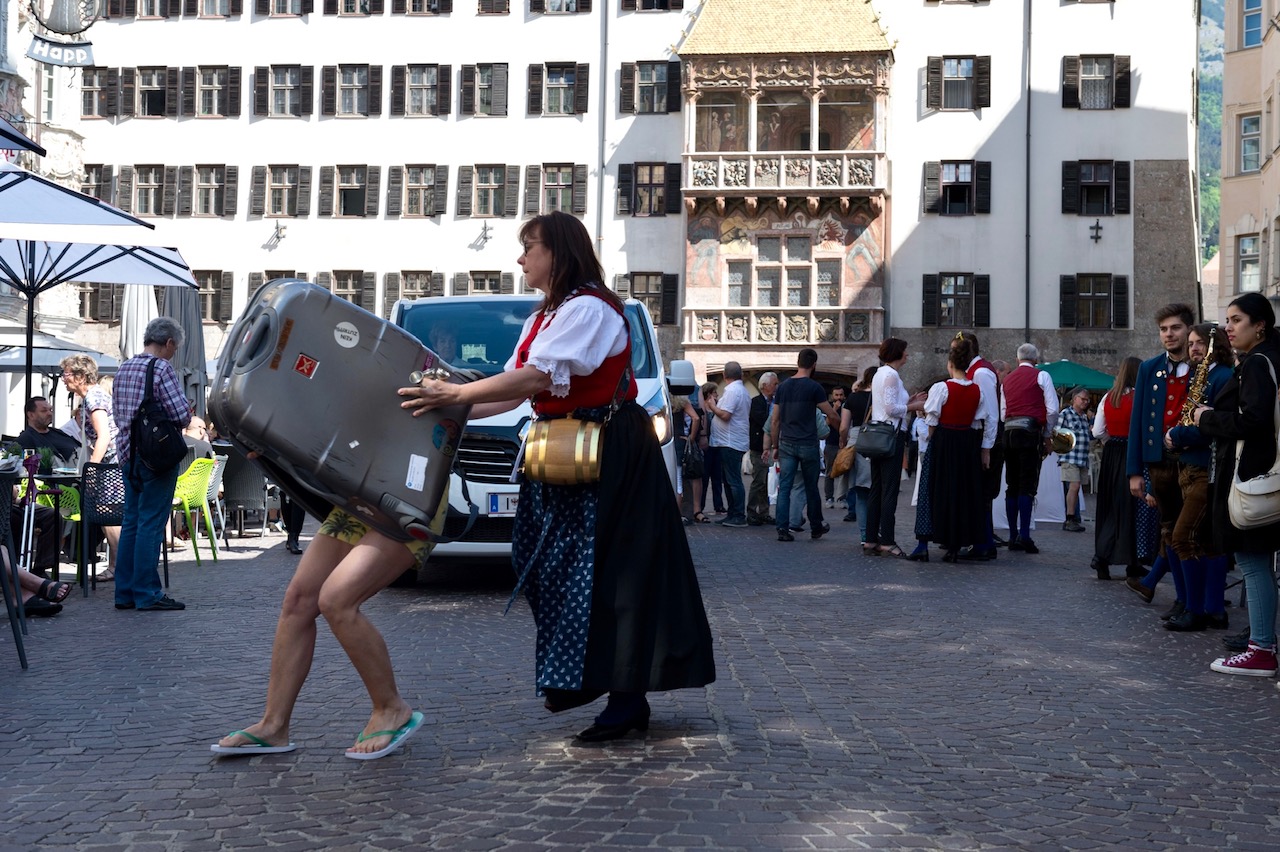 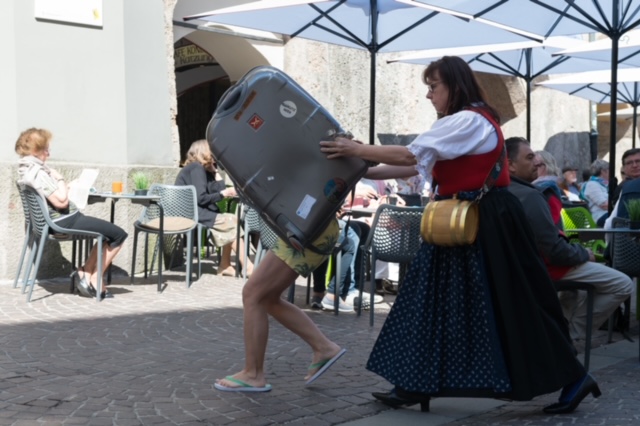 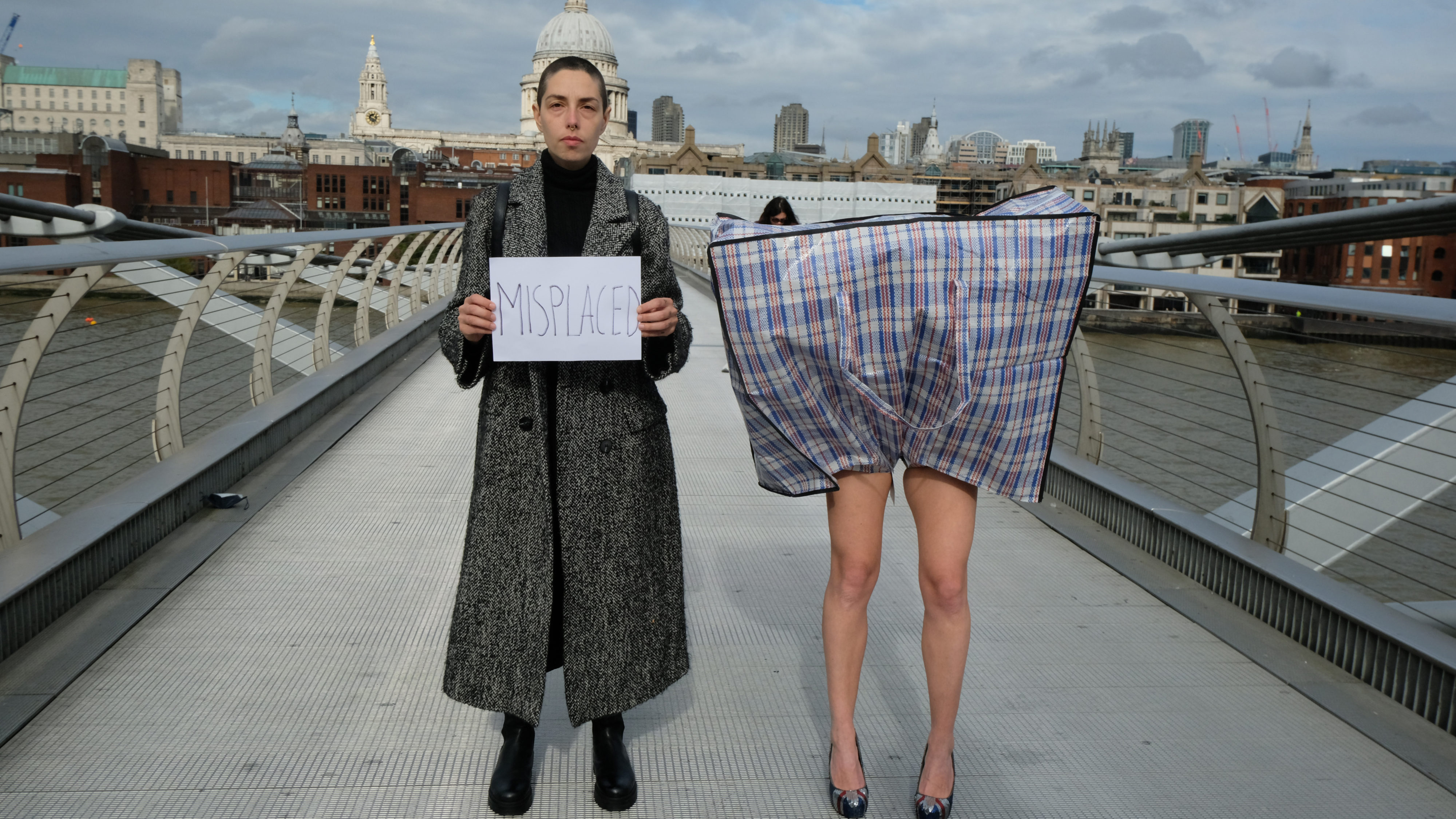 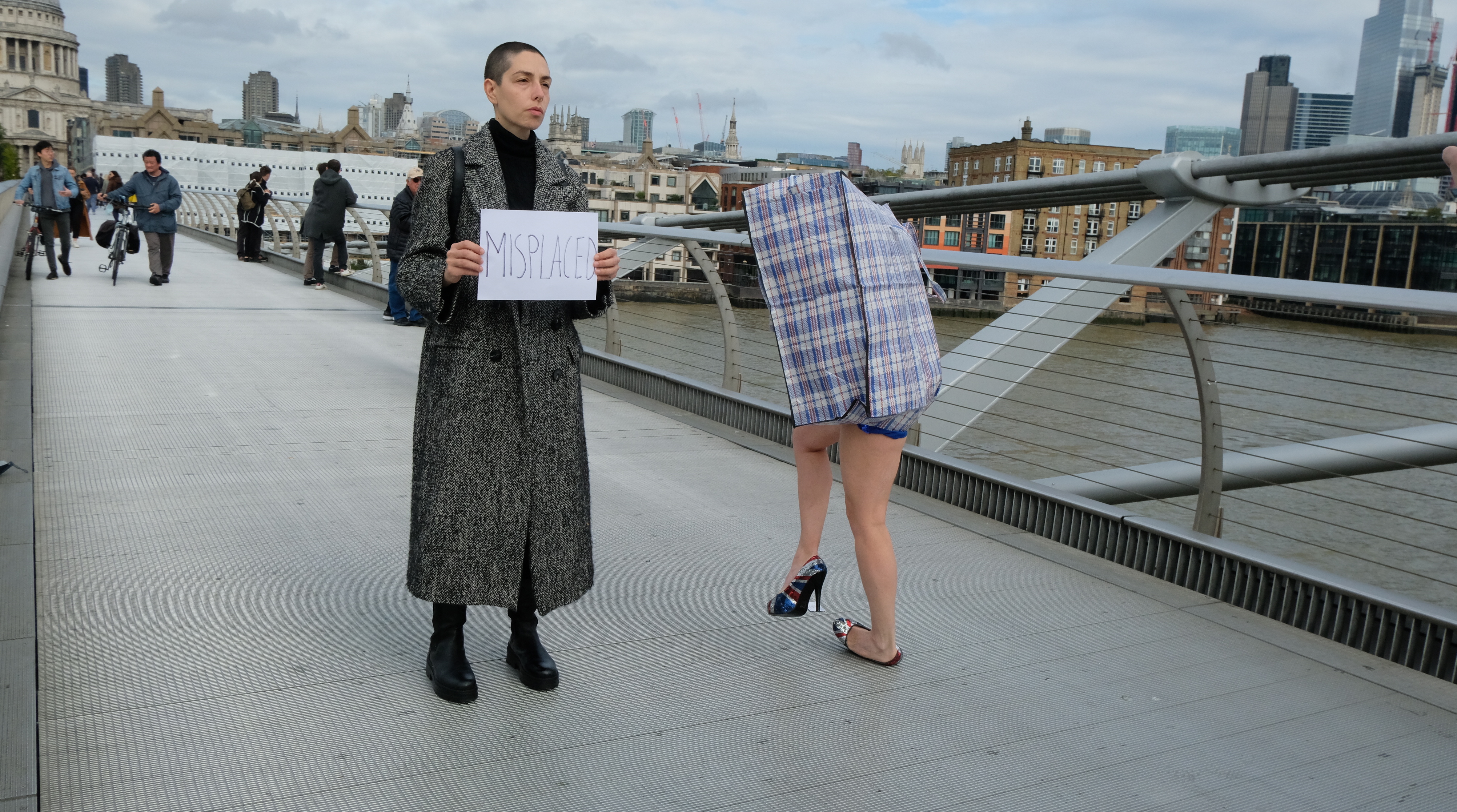 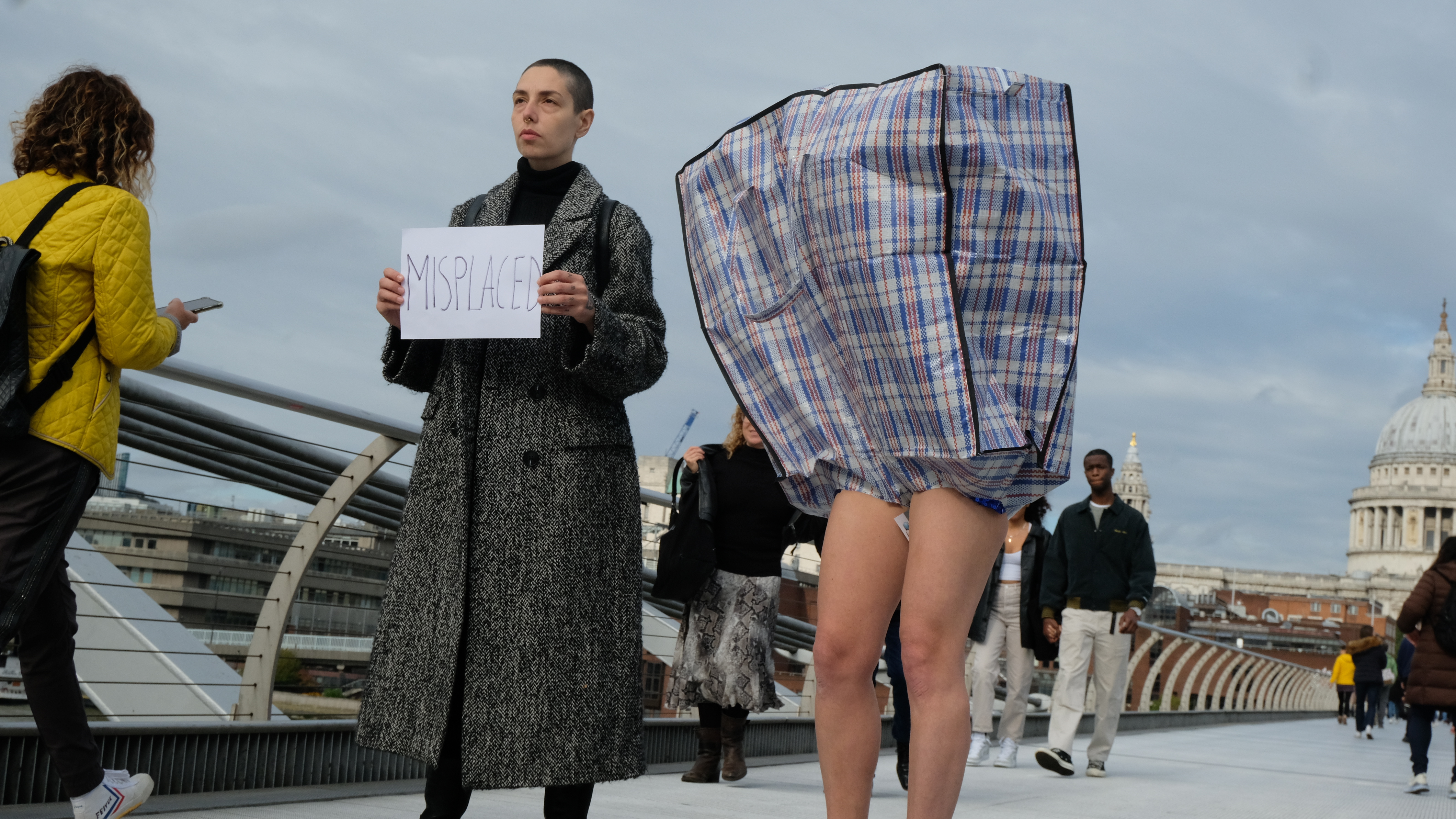