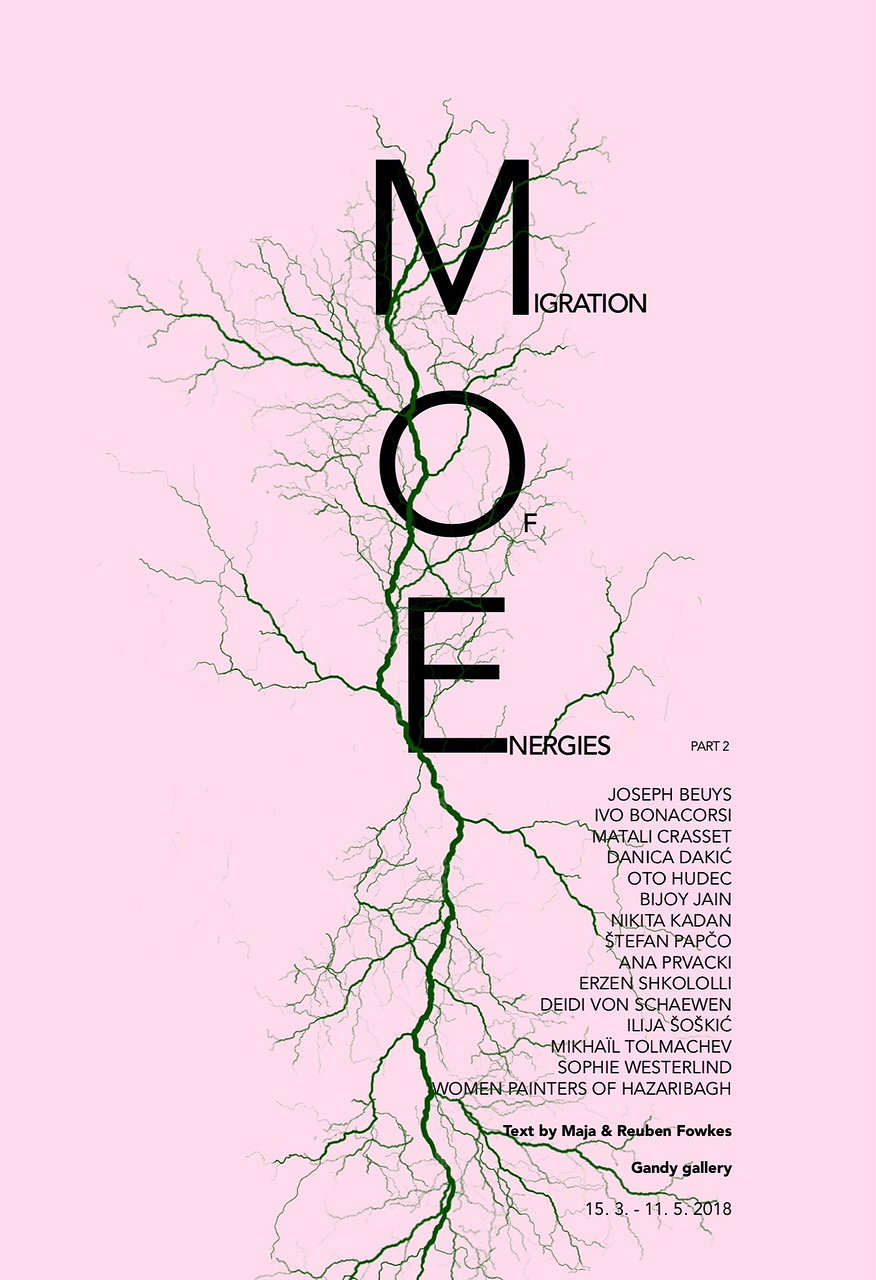 Gandy gallery is pleased to announce the opening of the international group show which will be a new edition of the exhibition project Migration of Energies which was held in 2006 in Gandy gallery in Bratislava. The second part of this international exhibition will present works of fourteen artists or artistic groups who come from different countries and who work with different kind of media. What brings them together is the subject-matter of the show which will be more focused on the issues of the ecology, as well as the transcendental within the topic of the migration.

Twelve years ago, Gandy Gallery organised the first Migration of Energies exhibition as an artistic statement about the condition of the European dream. The subtitle ‘Clouding Europe’ hinted at the existence of divisive forces that cast a shadow over the cultural values and social ideals that were then in the ascendant as the European Union opened its arms to the east. Today’s new incarnation of the Migration of Energies concept triggers a burst of reflections on the rocky journey that Europe has been on since then, from economic austerity and the rise of populism to the global threats of climate change and species extinction. Such tectonic shifts in the human and physical landscape, and the consequent redirection of social and natural flows, are transfigured in this exhibition by the artistic imagination. Through their cultivation of a less Eurocentric outlook, attention to the imperative to rethink society through ecology, and willingness to reattune with the agency of the natural world, the artists in this show present an ultimately reconstructive vision that transcends the dystopian impulses electrifying the planet.

One of several artists in the show who were also in the line-up for the first edition of Migration of Energies, Ana Prvački directs our attention to the adaptions to human behaviour brought by ecological crisis. Specifically, she considers the changes to agricultural processes necessitated by the collapse of bee populations, devising a hand-pollination glove to enable people to stand in for the missing bees in sharing pollen between plants. Creating a materialised and embodied metaphor for the contemporary condition, the artist contributes to the exploration in the exhibition of hybrid situations that destabilise the boundary between the categories of human and non-human.

A decentralised and socially-aware approach to ecological dilemmas can be found in the work of Oto Hudec, who through video, installation, interventions in public space and community art projects, as well painting and drawing, has explored the interrelatedness of social, political and ecological questions. From the perspective of Migration of Energies II, what is notable is his insistence that we look not to technocratic, top-down solutions but learn instead from the ecological traditions and environmental sensitivity of nomadic and indigenous people. The cause of environmental justice and experience of migrants from the global South is a recurring concern in his empathetic practice that both reveals the precarity and celebrates the inventiveness of those in the frontline of anthropogenic climate change.

The interference of human and non-human fates in conflict zones in which historical legacies and contemporary politics are intertwined is in focus for Ukrainian artist Nikita Kadan. His collage series Protection of Plants entails superimposing photographs taken by the artist of war-damaged buildings in Eastern Ukraine with horticultural illustrations cut out of old Soviet books. The references here are to the processes by which vegetal life recolonises areas abandoned by humans close to military frontlines, as well as to more metaphorical transfers between rationalistic and domineering attitudes to the natural world promulgated by socialist science and the extractivist outlook of global capitalism. His surreally dislocated images of productive plants also recall our reliance on various plant species to detoxify the polluted environment, while the toxin at issue could also be understood abstractly in terms of the ethical and emotional impacts of war.

The tendency made visible in this exhibition for artists to step away from purely anthropocentric positions and consider the agency of non-human matter also comes to the fore in the work of Mikhail Tolmachev. A recent graphic work was realised by attaching sheets of paper to ventilation grilles to pick up traces of dust and air-born impurities to create an intangible record of disparate city spaces. A form of abject big data and a reminder of the materiality of invisible urban flows, Ventilation Grilles (2018) can also be viewed as an ultra-low carbon experiment in non-technological photography based on physical rather than digital or chemical action.

Erzen Shkololli is represented in the show with the video work Hey You…(2002), a recording of a performance by Shkurte Fejza in which the legendary Albanian singer sings a letter to Europe about the unity of Kosovo and Albania and invokes the national symbol of the double-headed eagle. Viewed today in the light of the notorious rise of populist movements in some but not all parts of Eastern Europe, the film points to the continued power of national myths, the existence of still-smouldering ethnic conflicts with the potential to destabilise geopolitical structures, as well as to the vitality and dynamism of minority cultures in the face of neo- colonial repression. It is also timely, as its screening comes in the year that marks the first decade since the declaration of independence from Serbia, the popular celebration of which in the Kosovan capital Pristina brought another reminder of the intertwining of music and national feeling.

Another artist whose practice emerged from the geographies of former Yugoslavia, but whose career has also been coloured by the experience of migration and transnational belonging, is Bosnian Danica Dakić. Deconstructing the processes of identity formation and shining a light on the lived experience of the displaced and marginalised, she examines the personal transfers and cultural exchanges thrown up by economic globalisation, political conflict and social change.

Migration of Energies II also features the work of artists whose practice has itself migrated through various media or relocated into para-artistic platforms. The futuristic insights of Matali Crasset have found an outlet through industrial design, while Deidi von Schaewen has used photography to capture the ephemera of endangered urban and rural civilisations. Since performatively announcing his ‘retirement’ from artistic work in 2005, Ivo Bonacorsi has concentrated his energies on clandestine catering and ecological projects. Bijoy Jain’s Studio Mombai investigates the fusion of modernism and traditional cultures, often through semi-abstract architectural models and sketches. The Women Painters of Hazaribagh are representatives of a local tradition of village mural painting that is distinctively matriarchal and ecocentric in its preference for depictions of forest plants and animals.

The diversity of artistic approaches to the topic is reflected in the wide range of media represented, as well as in the geographical origins and generational spread of the selected artists. Swedish artist Sophie Westerlind has approached the timeless experience of a shared meal from multiple angles in a series of drawings that freely respond to Tintoretto’s Venetian paintings of the Last Supper. Slovak Štefan Papčo has explored the translation into abstract sculpture of the phenomenological experience of physical space in both its concrete and spiritual dimensions. Veteran of the Yugoslav New Artistic Practice, Ilija Šoškić, is present at the exhibition with a performance from the early 1970s. An influential figure for many socially and environmentally-engaged artists, Joseph Beuys is another essential reference point for an expanded understanding of the migration of energies.

The artistic practices presented at Gandy Gallery under the banner of Migration of Energies II confirm the intuition that in a world that has been irrevocably transformed by the machinery of the Capitaloscene it is impossible to think deeply about politics and society without engaging with ecology. While the actual journeys and experiences of migrants is a focus of the work of many artists, others have also chosen to approach the subject in more abstract or metaphorical ways, releasing the concept from the narrow polarisation of debates over migration to and within Europe. The path now lies open to non-Eurocentric attitudes and more-than-human methodologies in a world in which cultural and economic power is increasingly dislocated and dispersed. 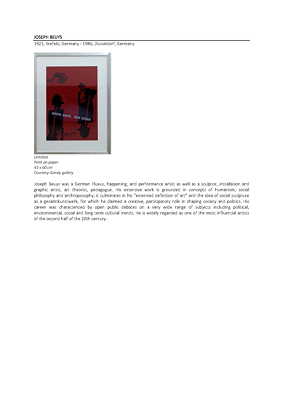 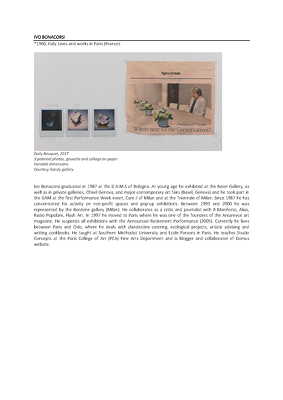 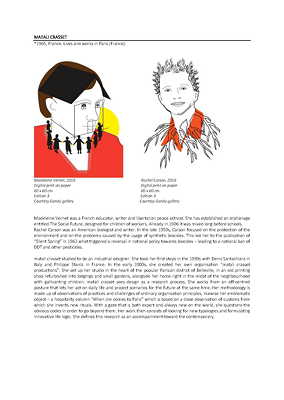 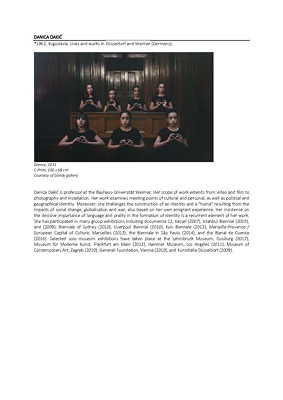 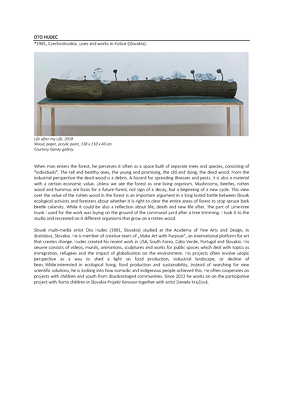 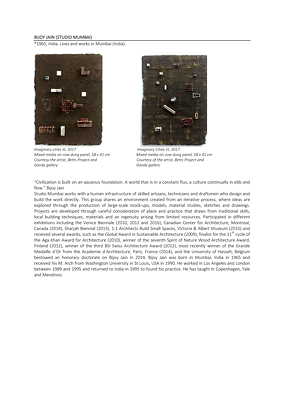 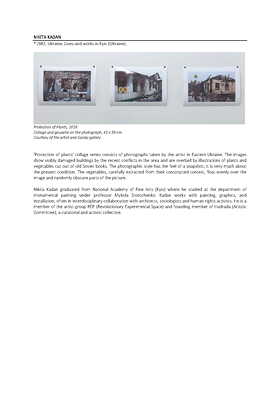 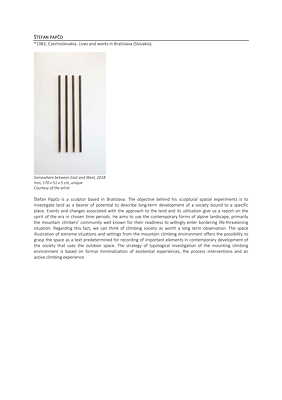 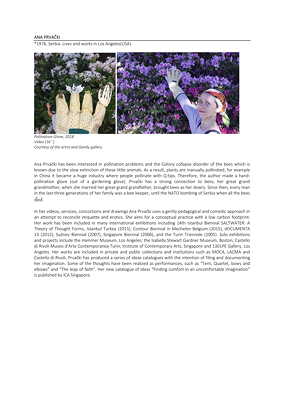 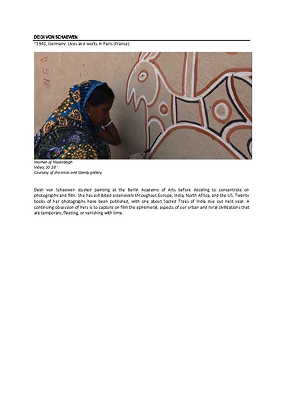 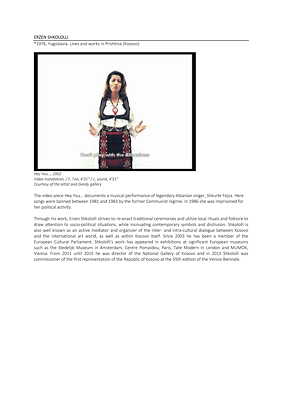 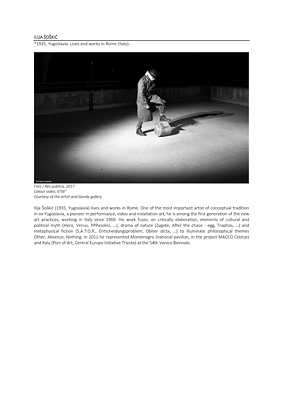 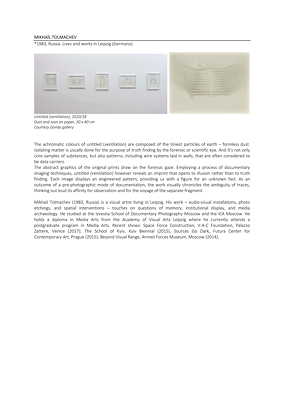 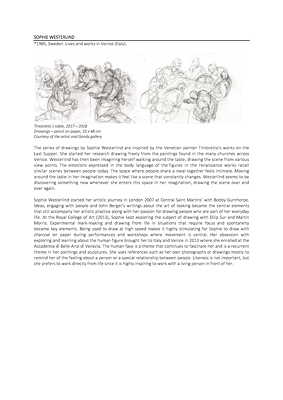 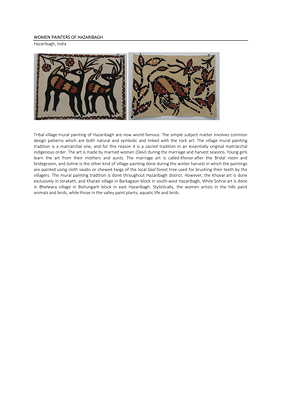 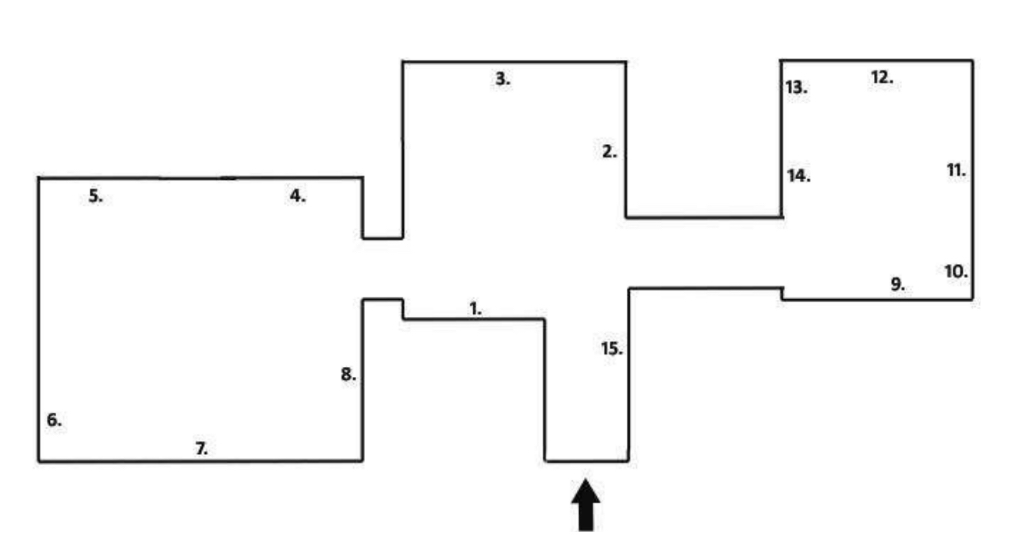 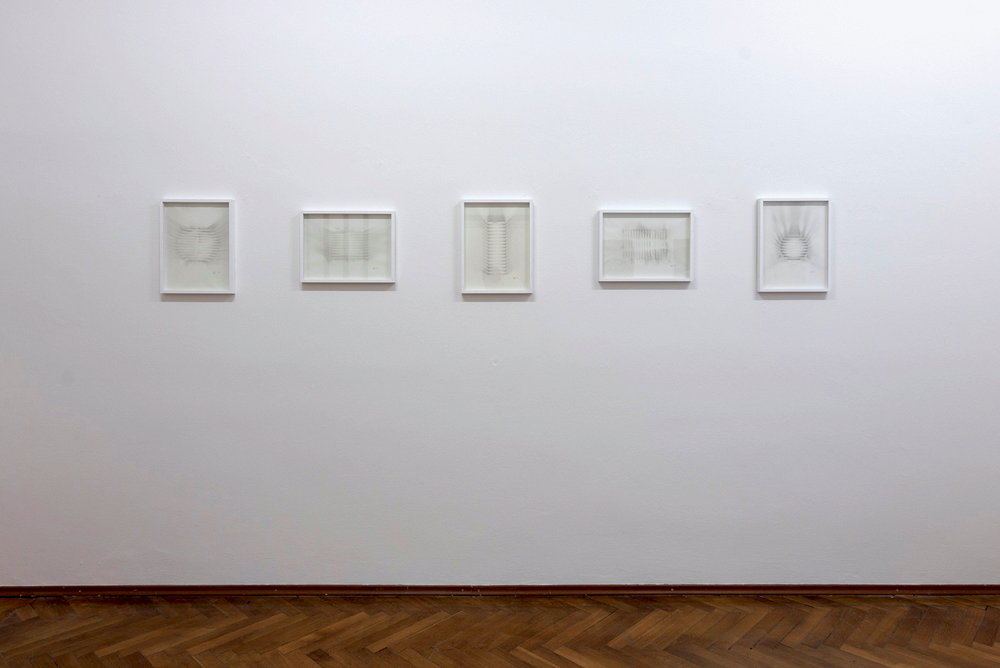 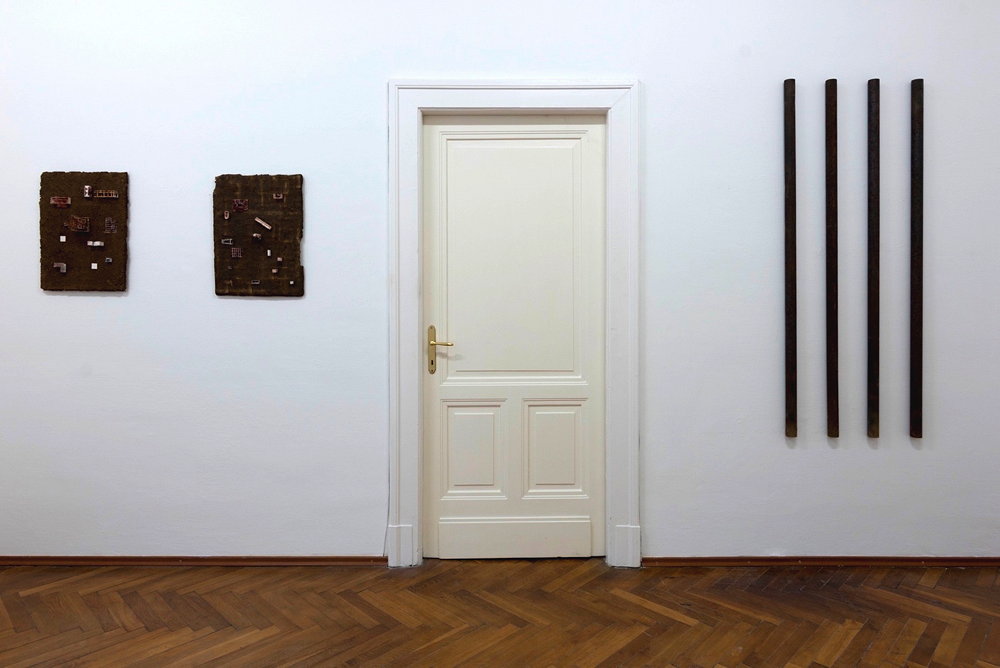 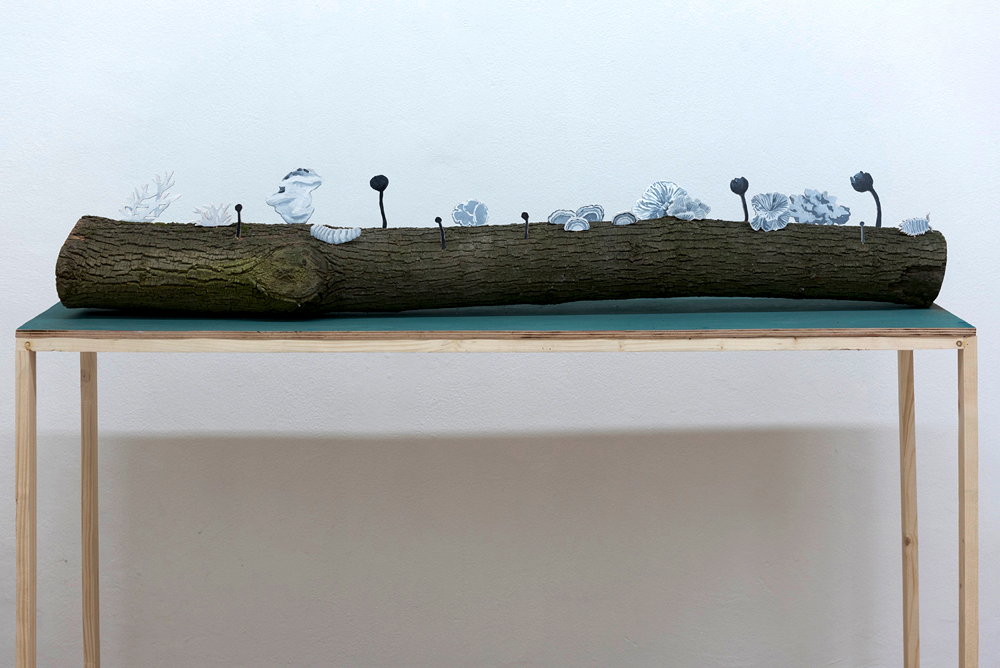 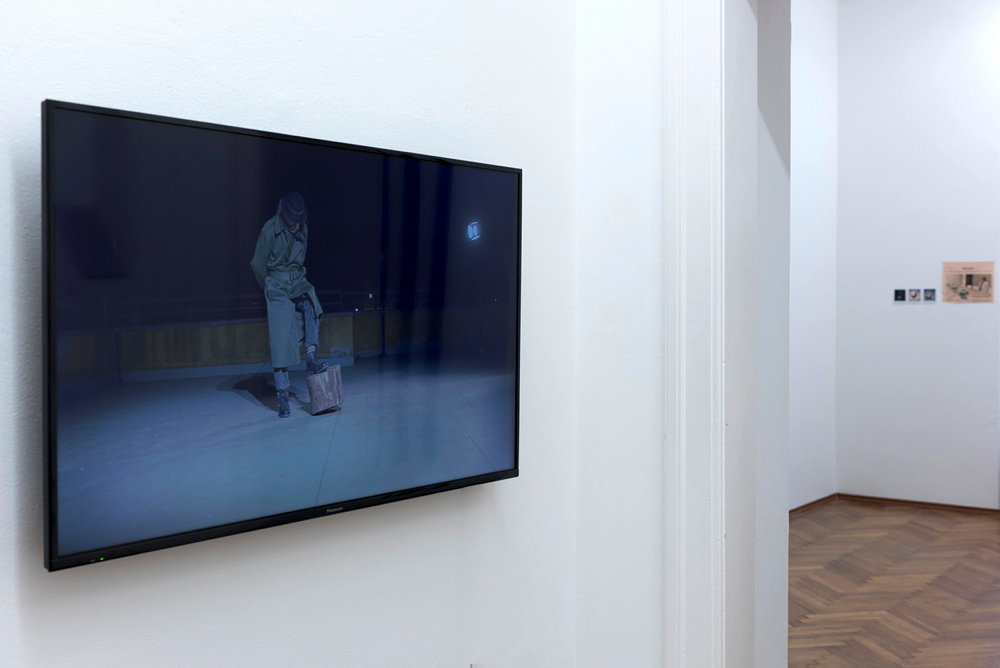 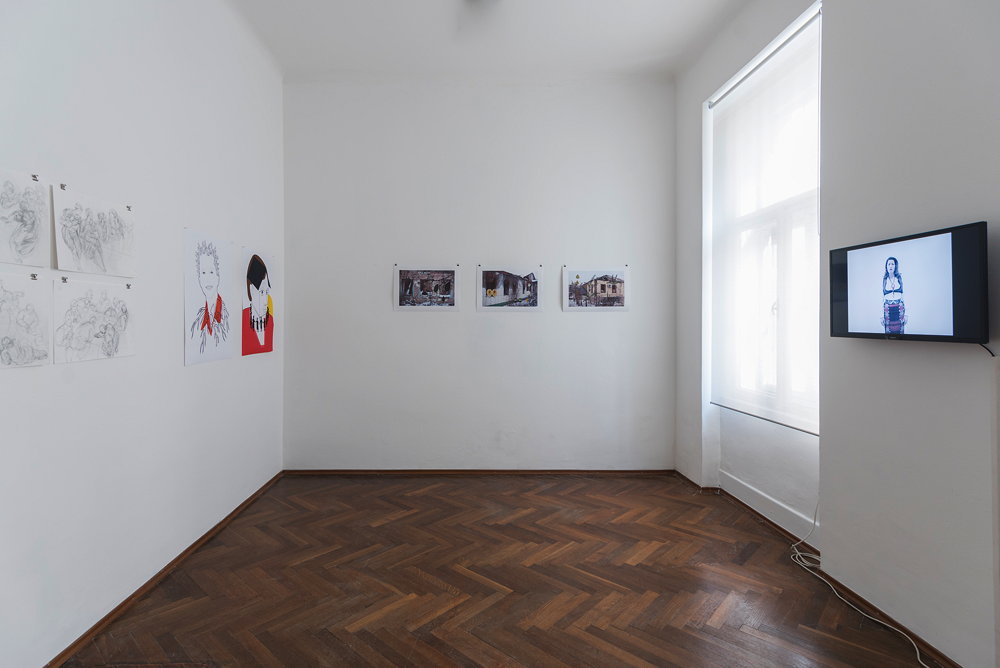 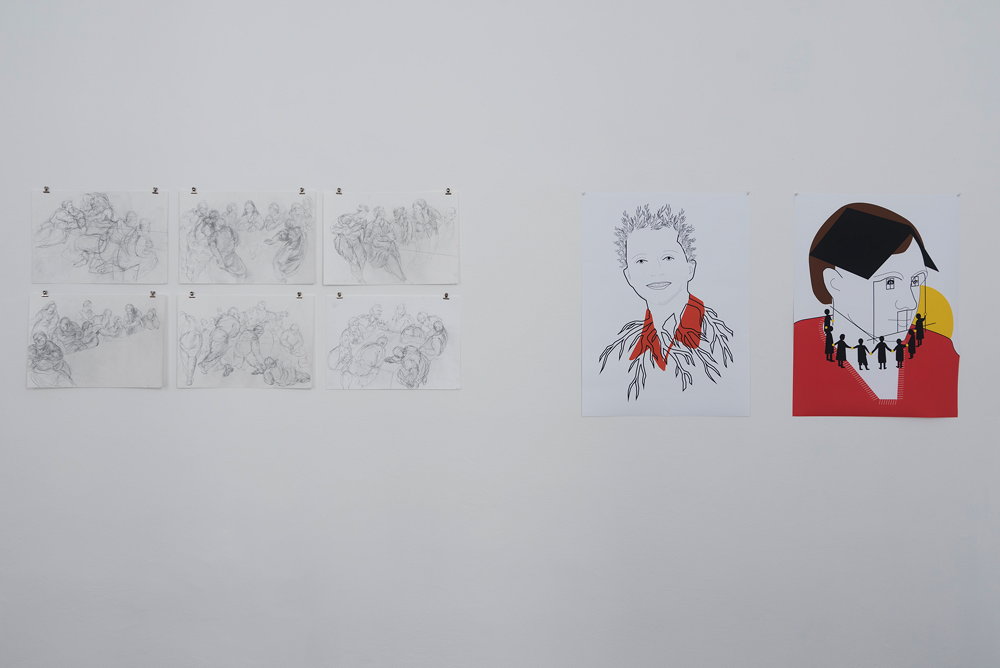 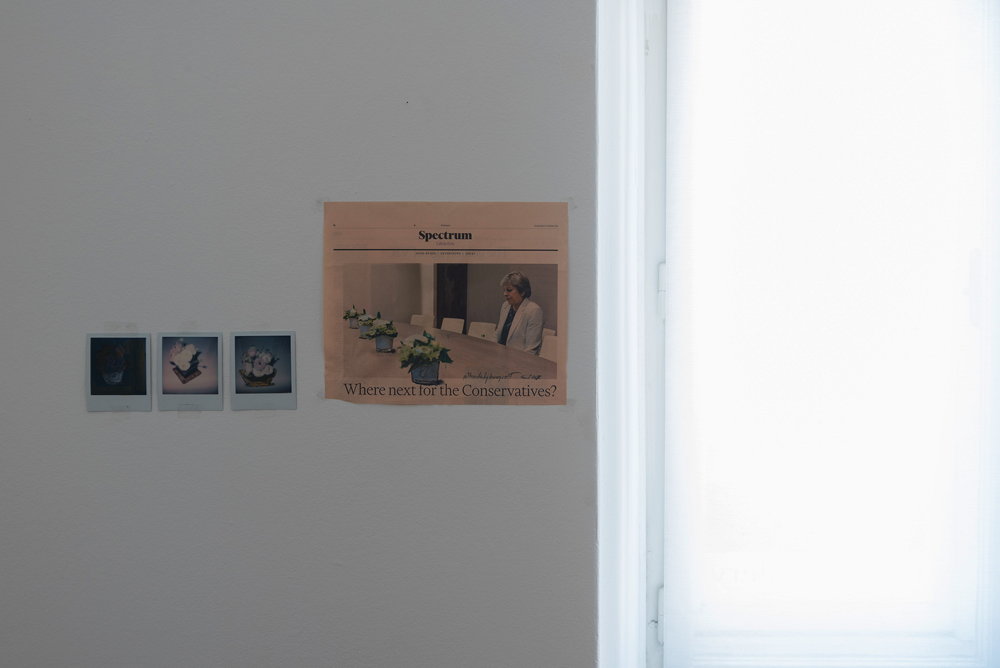 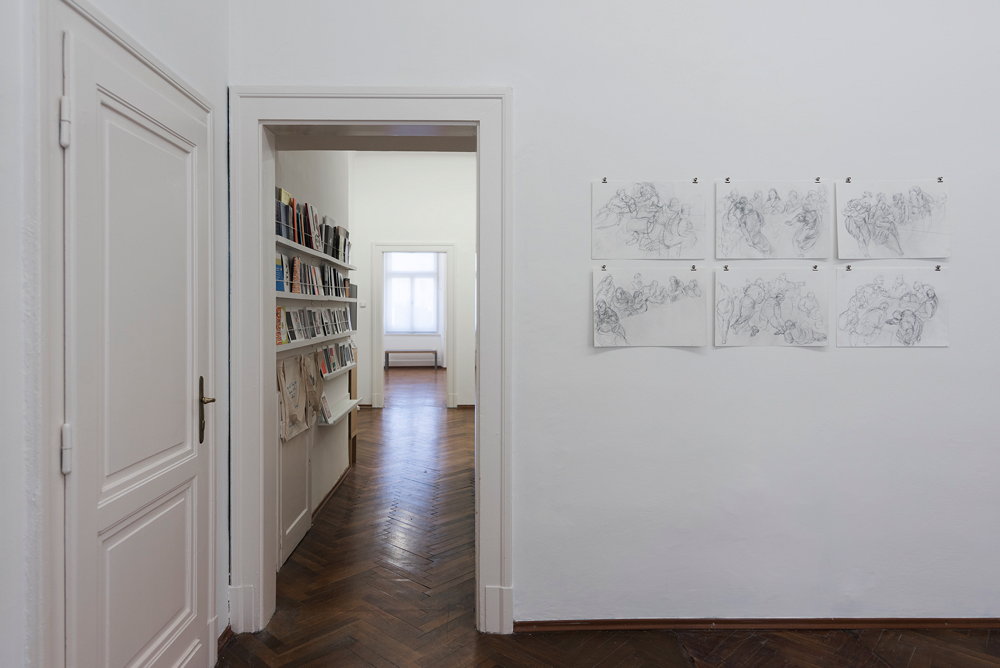 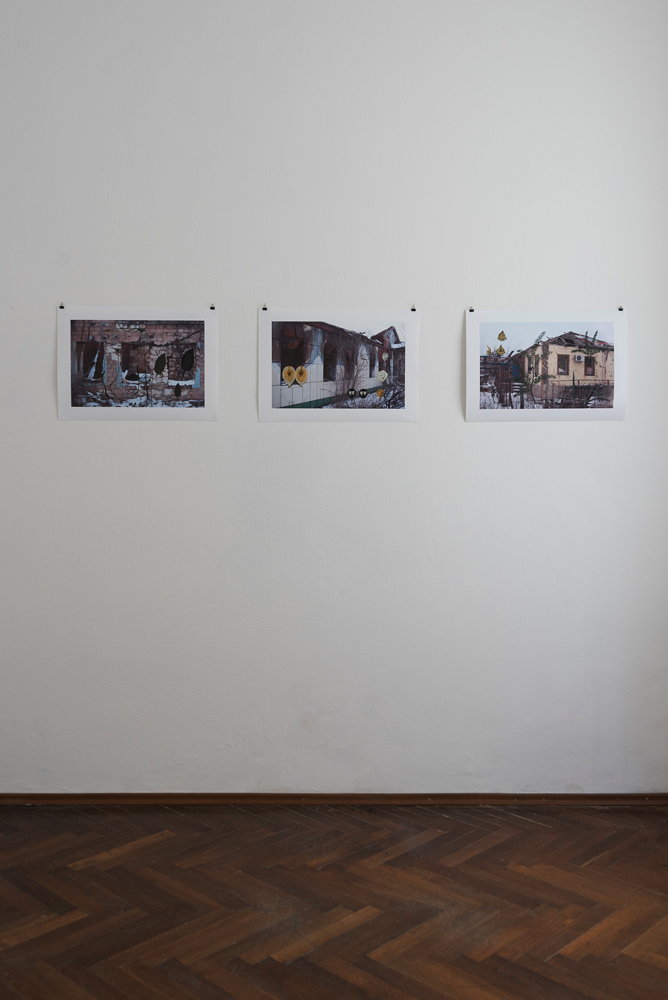 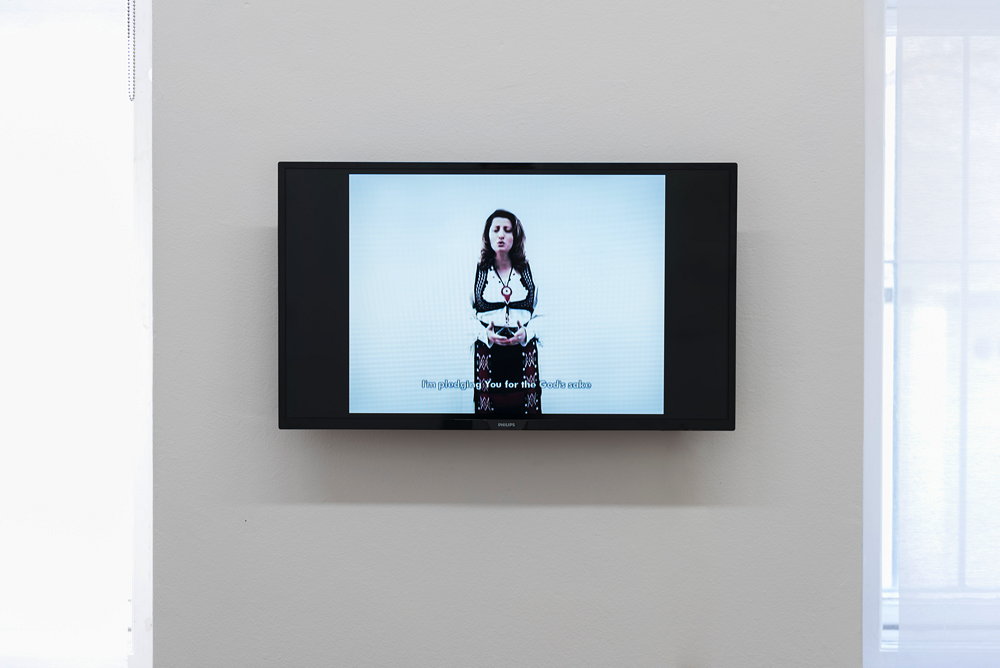 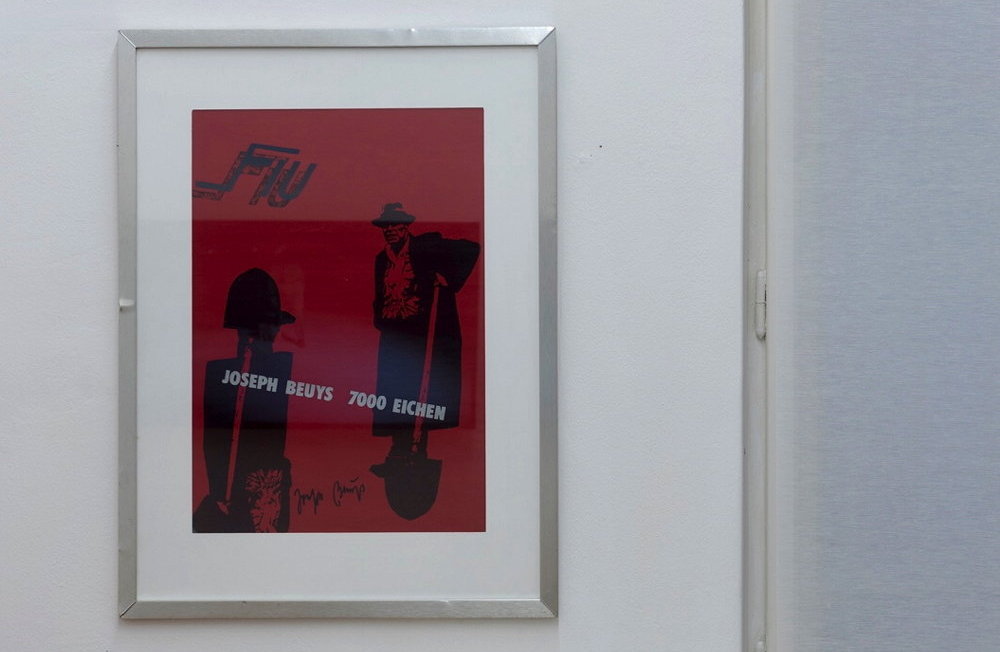 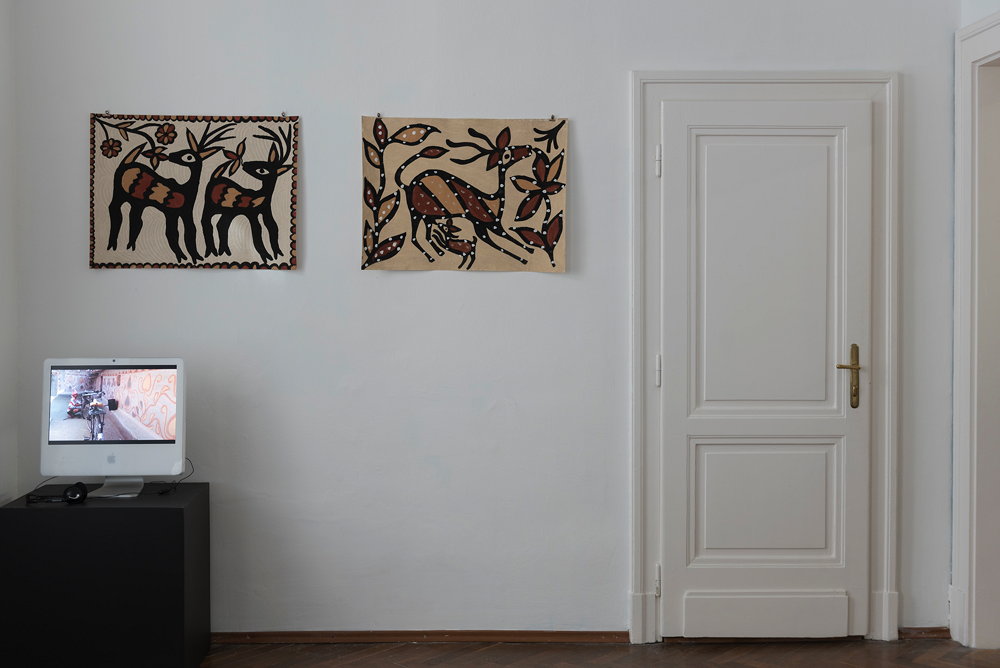